At the end, it was the responsibility born of love and the desire to stop his pain that left no more room for hope. 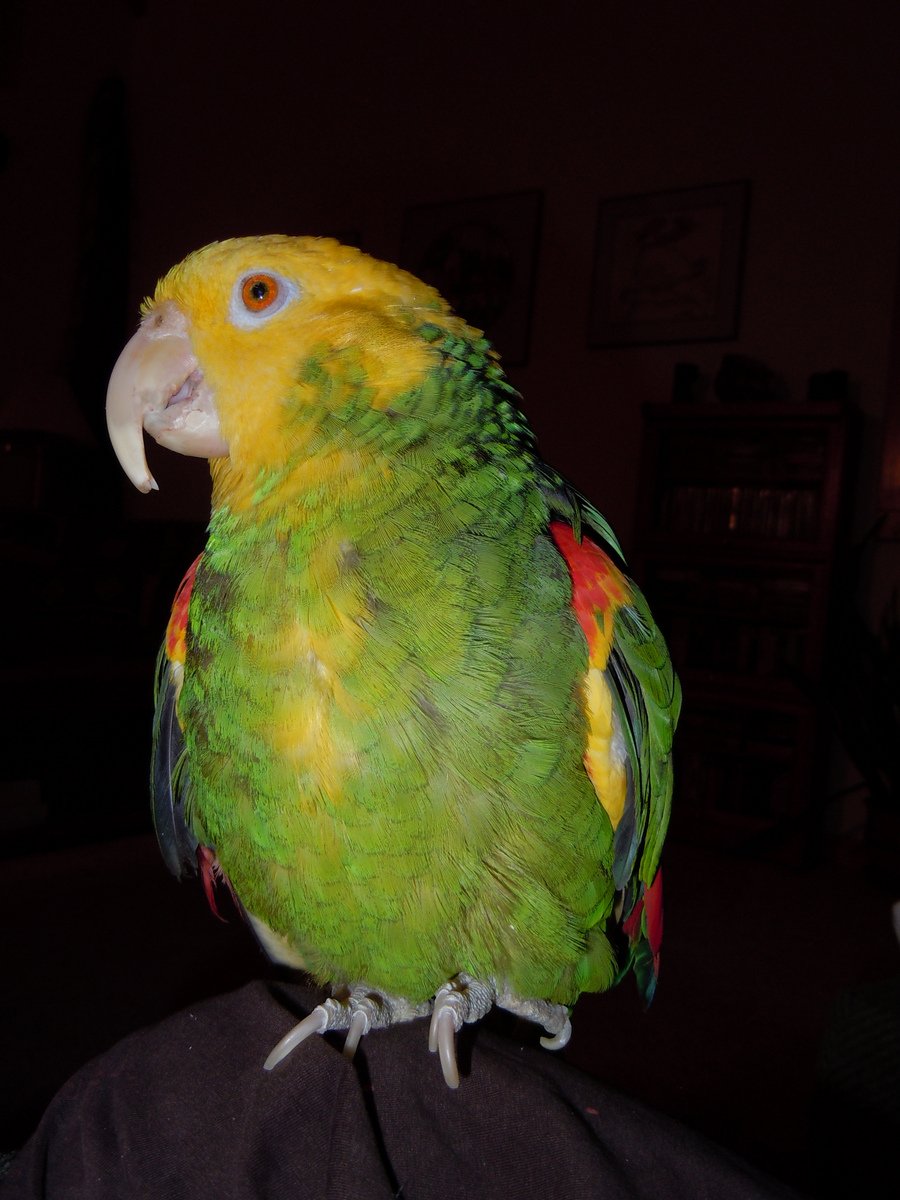 Dealing with Things More Important than a Presidential Election.

Pablo the parrot broke his leg Monday night.   I have no idea how it happened. I heard noises like he was climbing out of his cage and then he was crawling across the floor towards me.

I loaded him up in the car and off we went--driving 100 miles with one hand while the other hand cradled him against me, his broken leg hanging loose.

By midnight we were at a pet emergency hospital where the break was affirmed.   AT 9 AM we were at another vet's where he was sedated and x-rayed.

He broke his thigh--the drumstick.   Lots of talk ensued, along with a consult to a veterinarian who has done the kind of surgery Pablo needs.

Lots of issues to consider, like his age of 45, some bone density loss, the surgery itself, the four pins that will go though skin, muscle, and bone to fix the fracture and encourage healing.

Then, the post-op care.   Will he pull the pins out?  Will his old bones knit?   How will he take to no more perching in his cage, but living on the bottom of a plastic storage container (clear)?

Surgery is scheduled for Thursday.

So much concern for this little guy who has been a part of my life for almost 30 years.
Posted by Gullible at 10:44 PM 4 comments:

Partying with the Old Folks Like We Were Thirty-Something Again


I went out last night for a rare time on the town.  One of the reasons I drove 50 miles to drink beer was that two of my friends from Maui are in Alaska for a few days and they wanted to go. 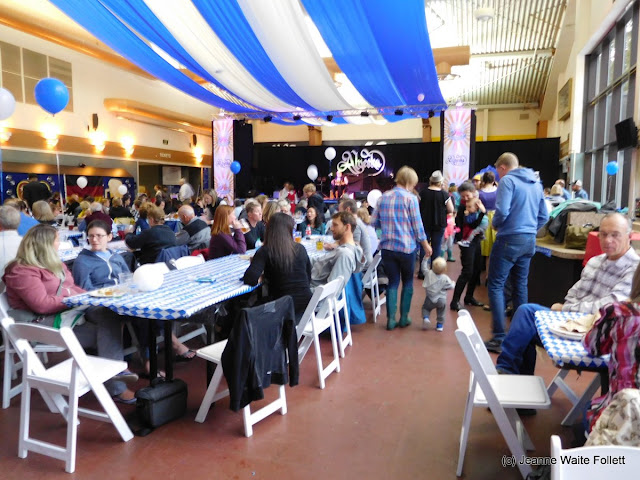 Anyway, I was with a bunch of old folks who have been friends of mine since the early 1960s.   We used to party together then, too.   I was the youngest of the group last night, just a few heartbeats short of 75, though I admit there were a couple women whose ages I don’t know.  Most of the group hovers on one side or the other of 80.


The eldest, Jerry, is looking 90 straight in the eye with the same disbelief that I feel about my age.

Yet, there he was on the dance floor, showing his moves in the waltzes.  He joked that his dance partner’s obligation was to keep him from falling.   He left the strenuous polkas to the youngsters—the 80-somethings.

Back in the 60s, he was one of my two favorite dance partners at the old Double Musky in Girdwood, where the ski resort town of Alyeska is located.   That’s where we were last night—at the resort for Oktoberfest.   The Musky, as it’s called, is now a world-famous Cajun restaurant.


Skiing brought us all together at first, but a Polish fellow named Dan Zantek kept us together until we bonded like family.   Every Saturday night, polka dancing at the Musky until late at night.   We look back upon those days now and wonder if we were somehow blessed, if other people have years in their lives that were magical, and if more than 50 years later, those same people are still your dearest friends.

There I was, drinking a lager with my “family” (it was Oktoberfest!), eating bratwurst, pan-fried spaetzle, and braised red cabbage.  The only thing missing, I thought, was one of Chef Werner’s crisp-crust bread rolls.   And some of our friends, either moved away or gone in reality.

We stayed much longer than intended.   It’s hard to break away from a fun “family” gathering.


We were there for Polka Dan’s set.   Soon after he finished for the evening, we watched as another band took the stage.   What kind of polka band includes drums, guitars, and a sax, I wondered?


Then, they started to play and darned if they didn’t sound like a polka band:


♫ In Heaven they have no beer,

And then they stopped.    The volume went up into the stratosphere and they started playing ….   Well, I don’t know what kind of music to call it.   It was enjoyable, but way too loud even for folks who are already hearing-impaired.

We hugged, kissed, and said our goodbyes, then headed for the exit.   Beside us, the entrance stairs were crowded with young folks coming in to see the new band.

As I descended, I thought, “You youngsters have no idea what you missed…..  Either tonight or 50 years ago.” 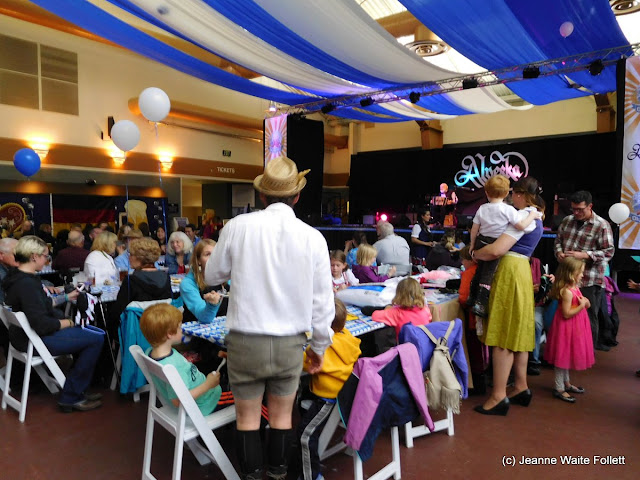 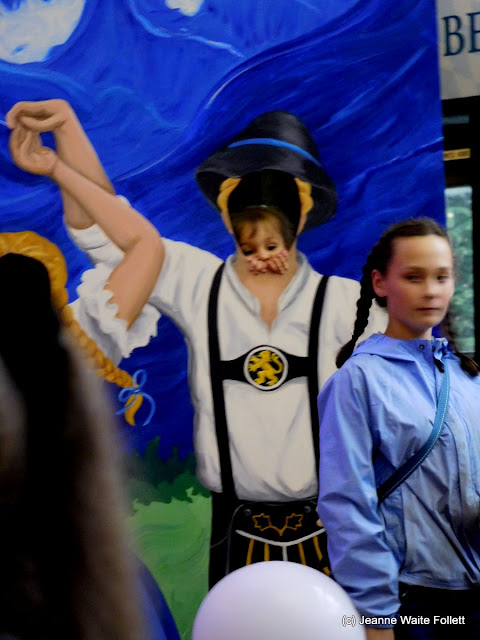 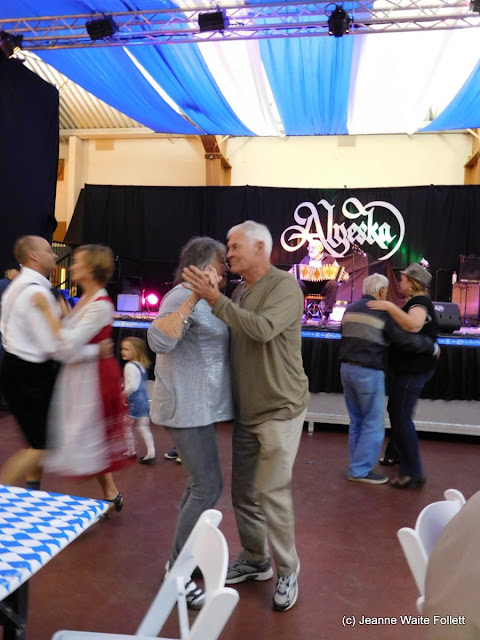 Been pretty busy lately and haven't had time  to finish the Fur and Feathers Journals.

In the meantime, here's a trumpeter swan at Tern Lake, and some autumn scenery. 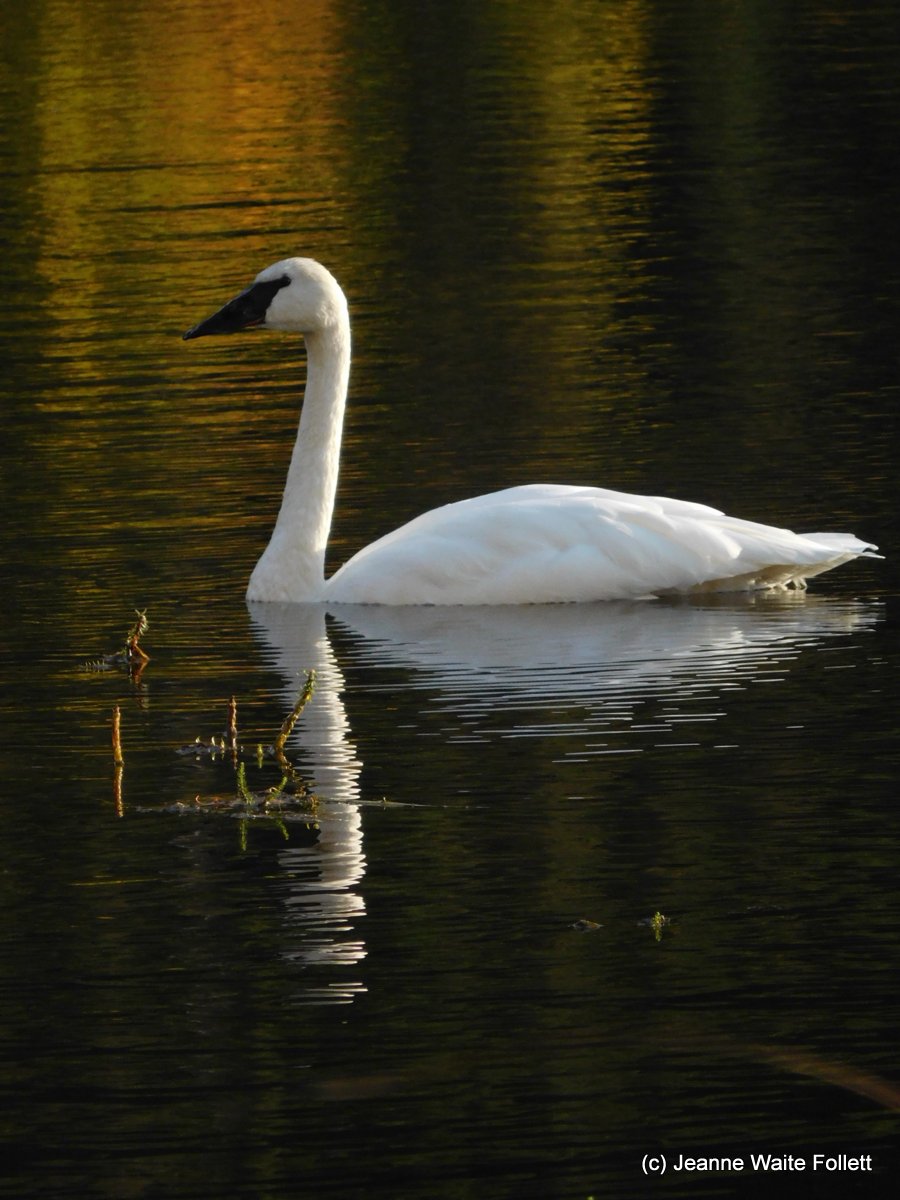 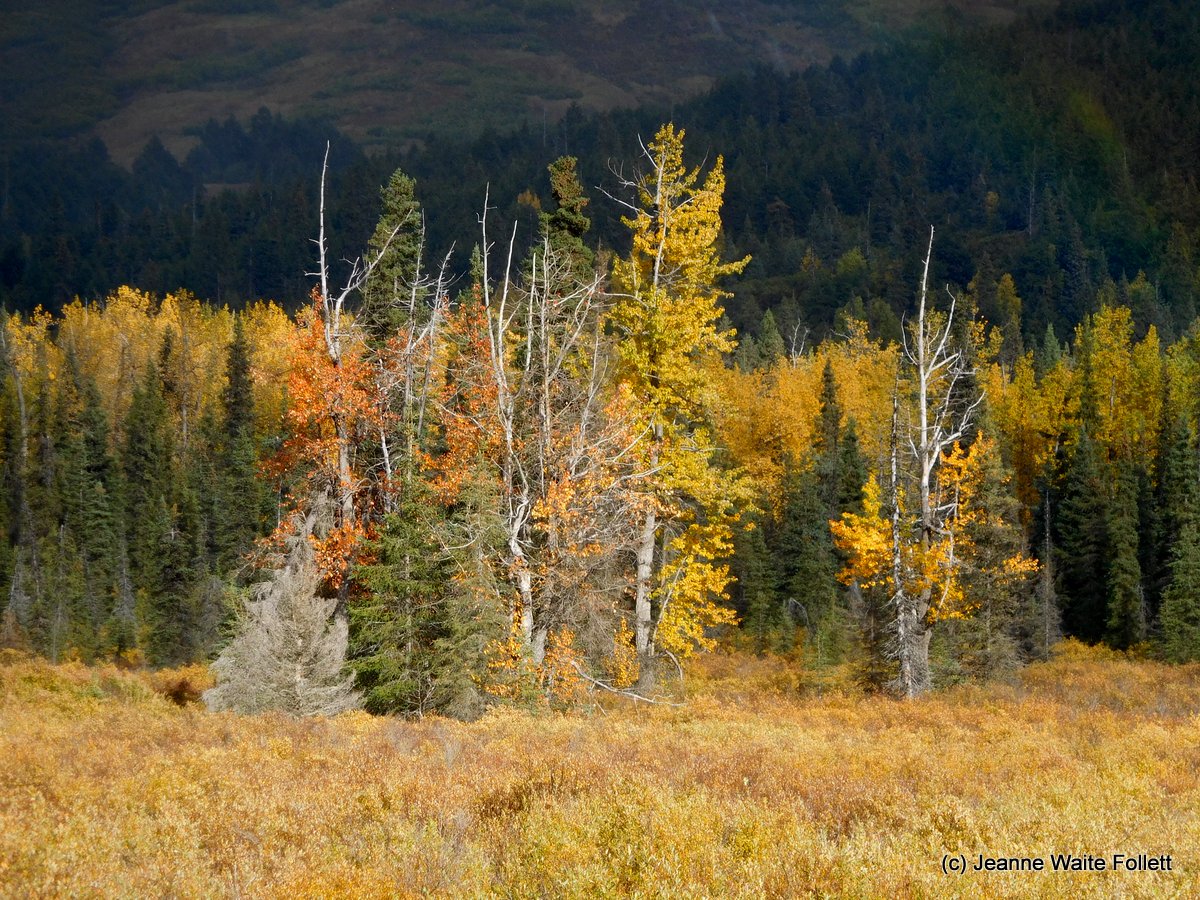 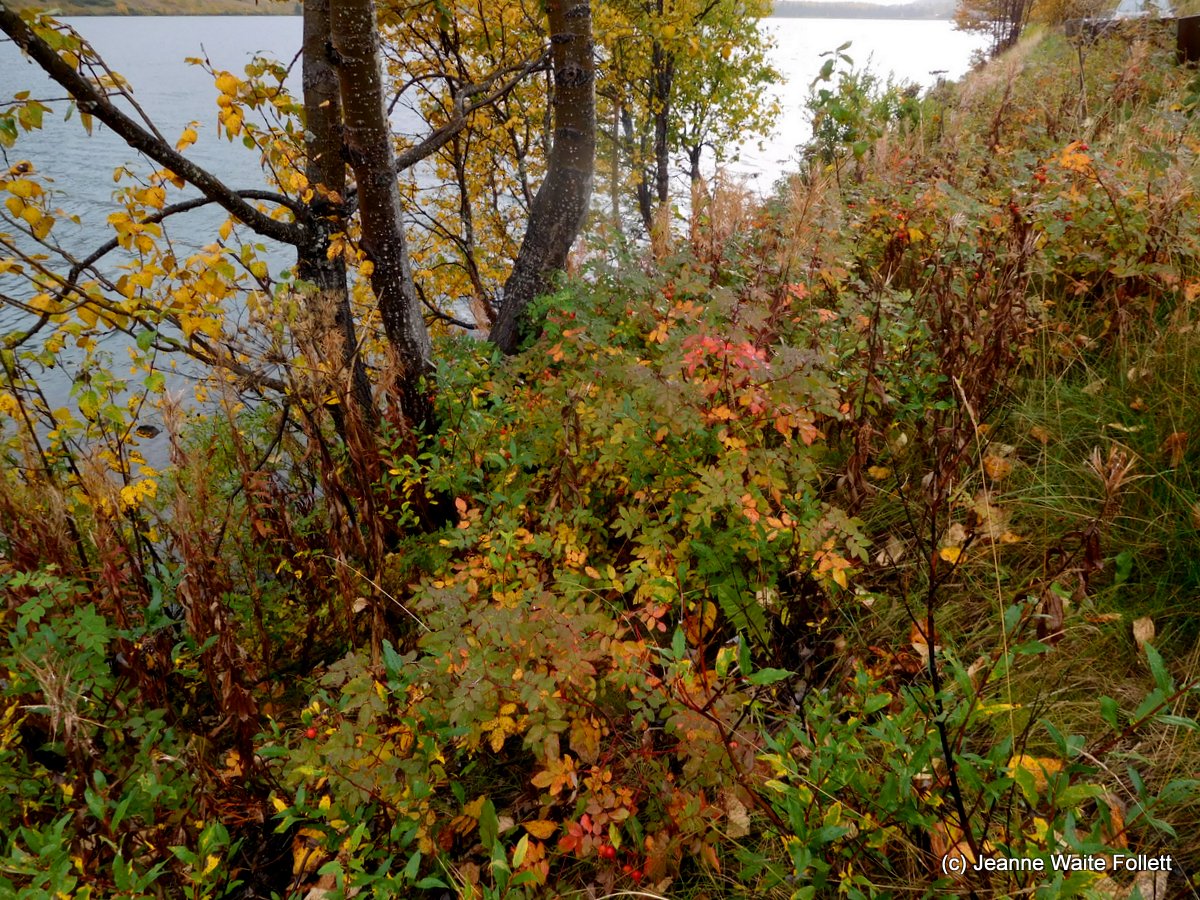 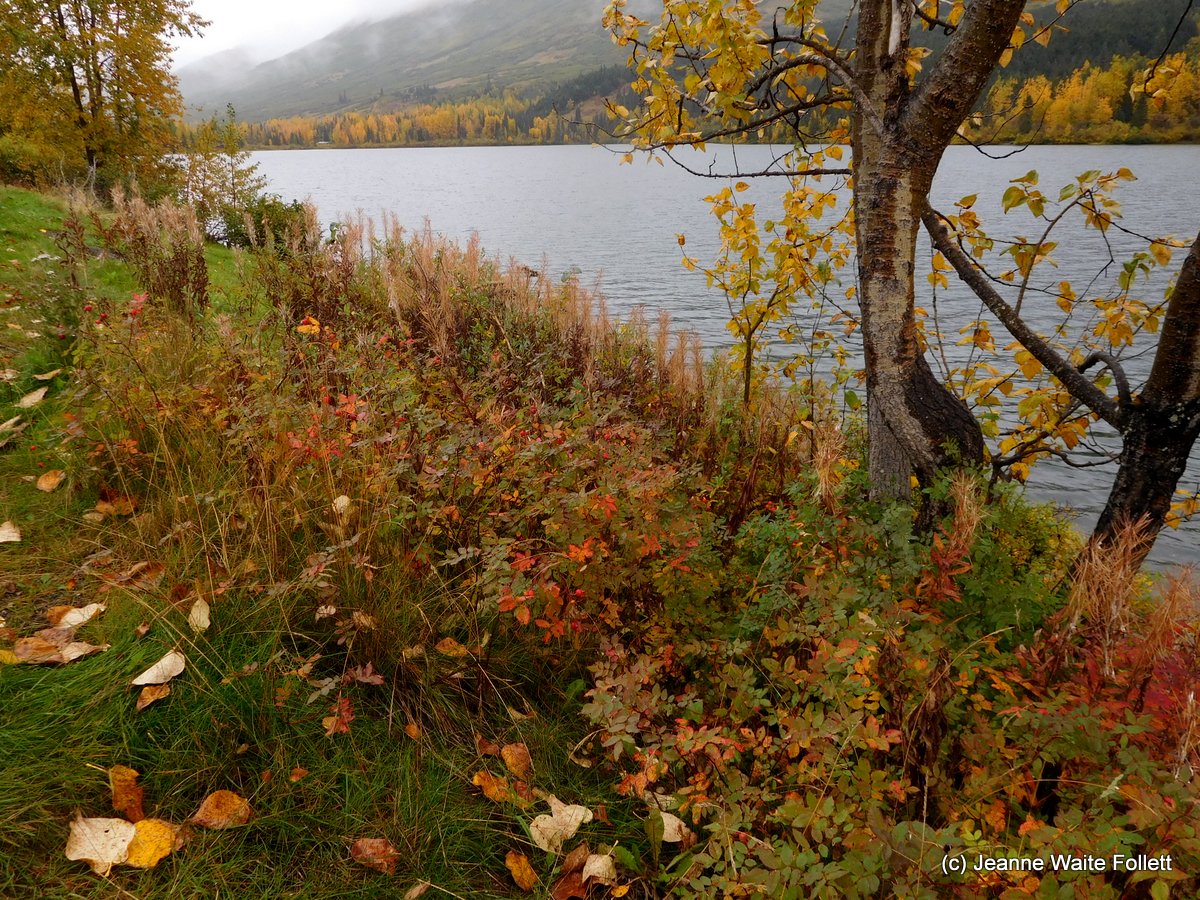 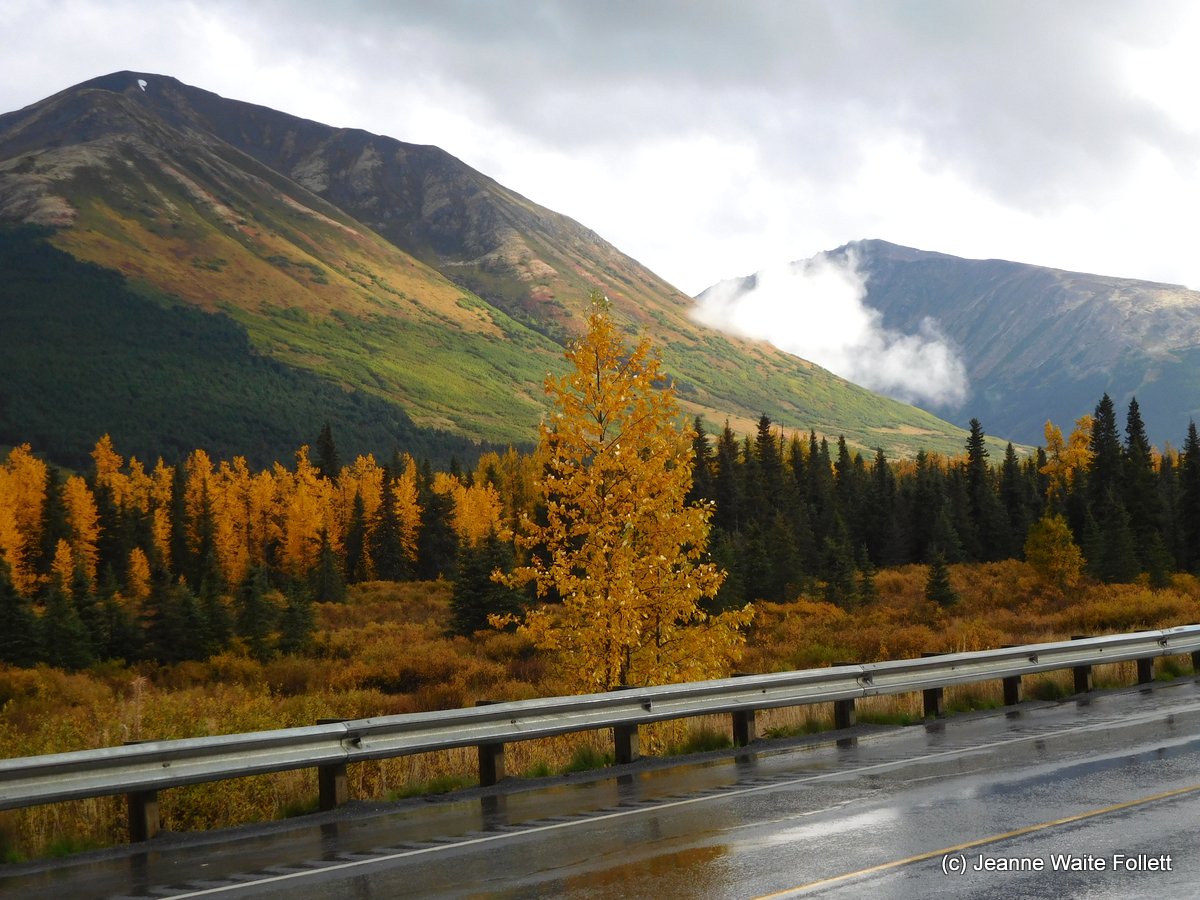 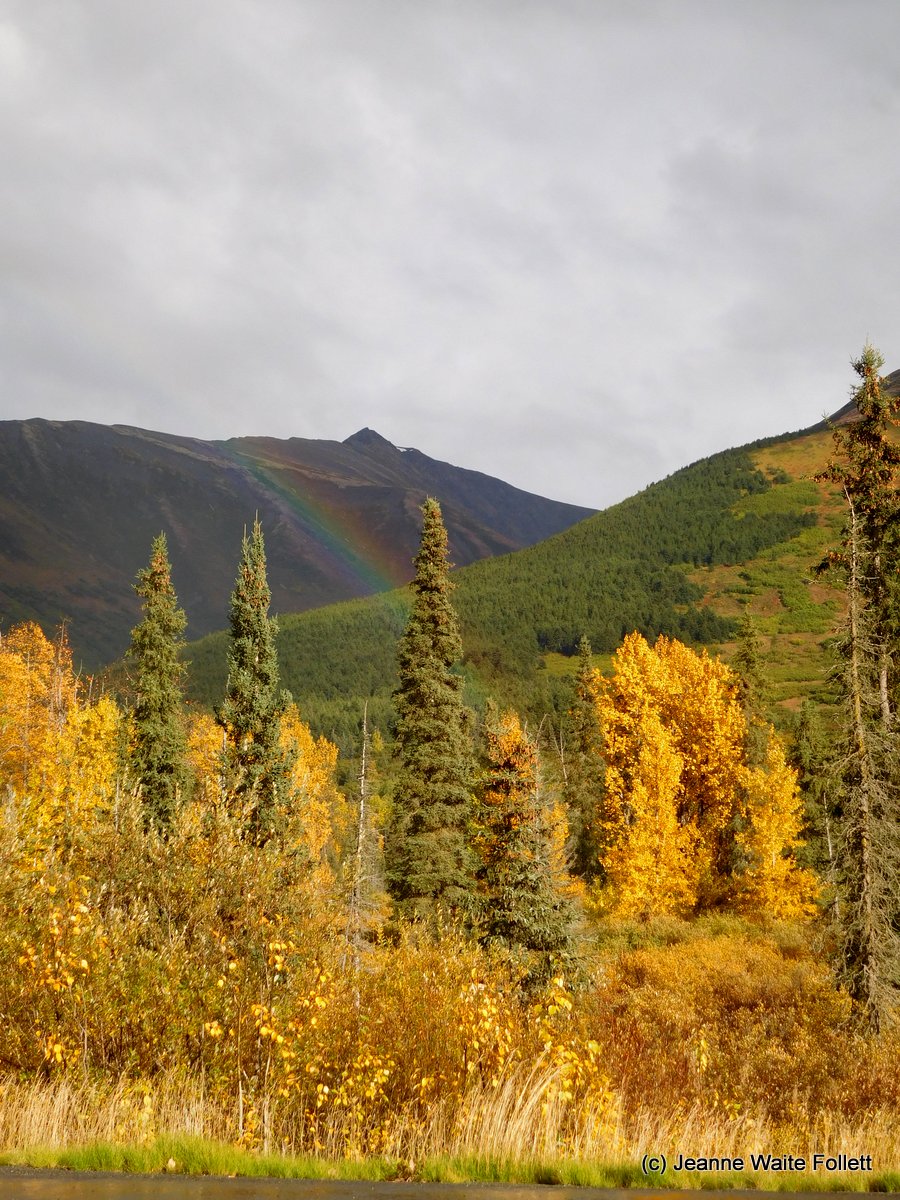 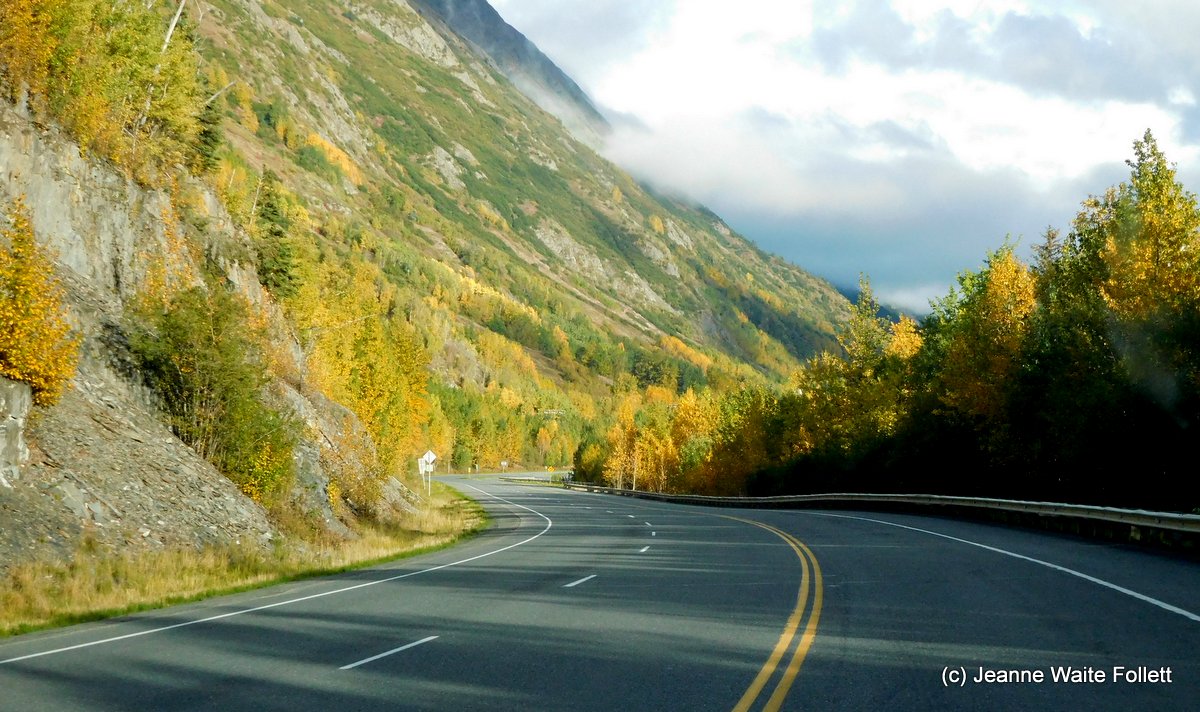 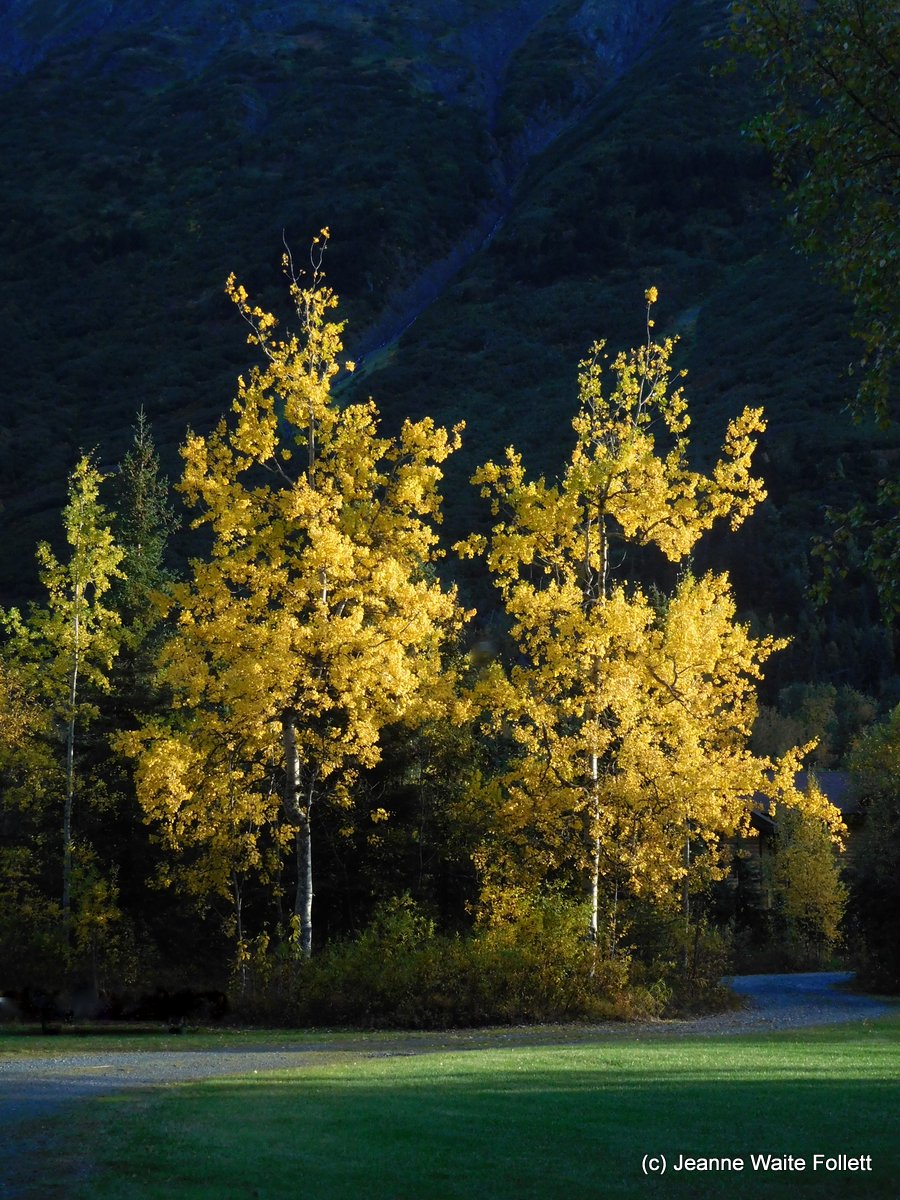 And I'll leave you for a bit with the resident swans of Tern Lake. 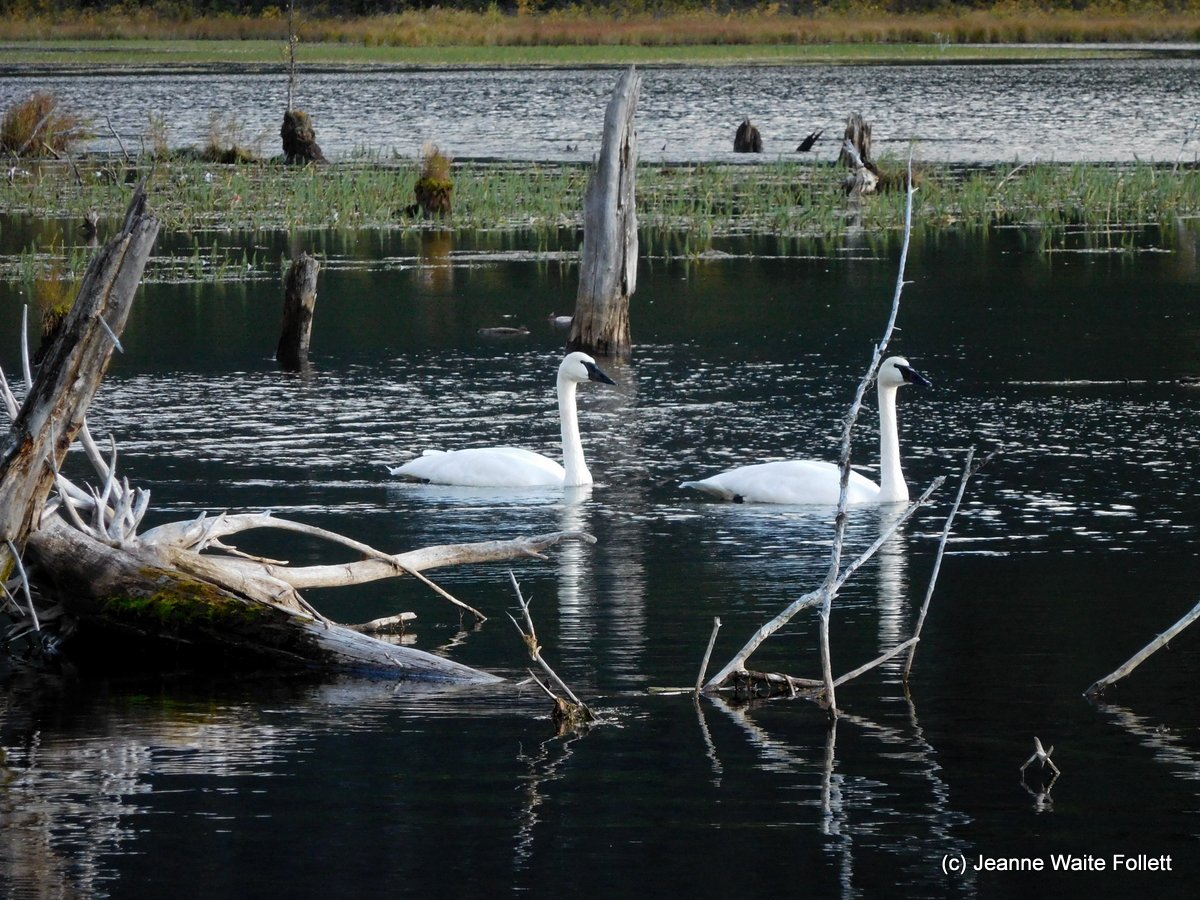 When a sunset is lighting up your night..... 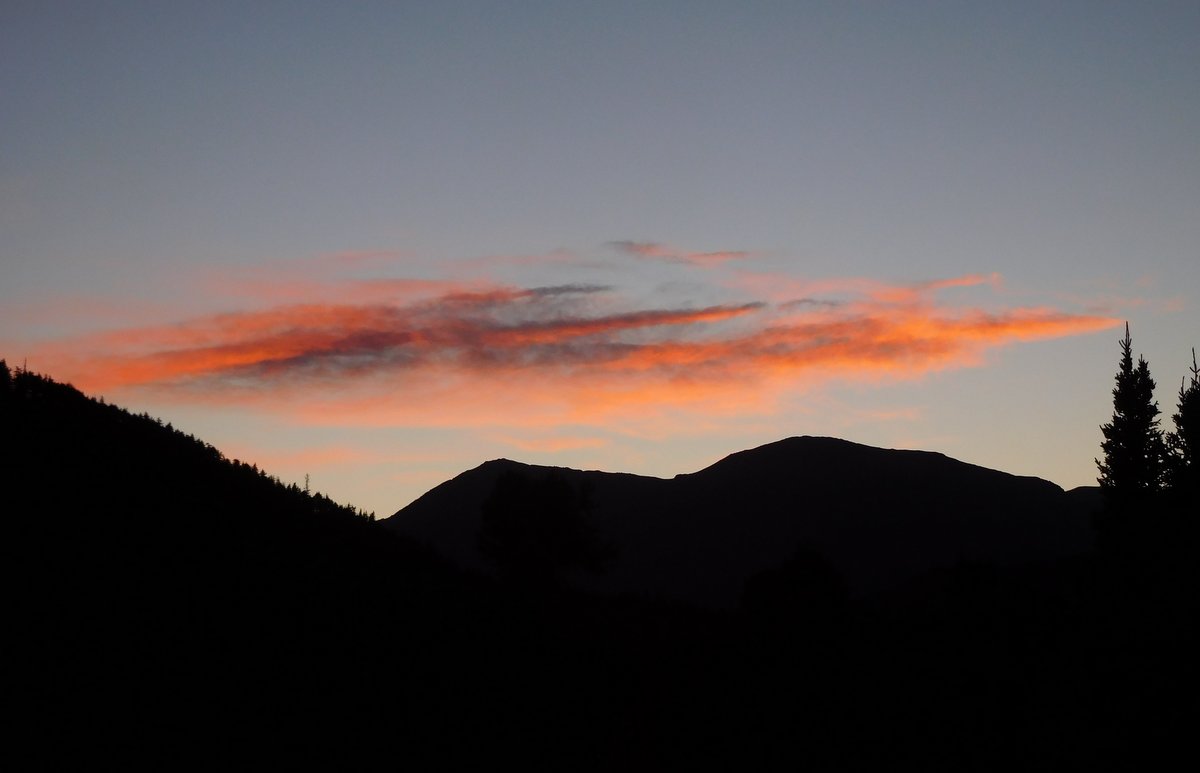 Make sure you look behind you. 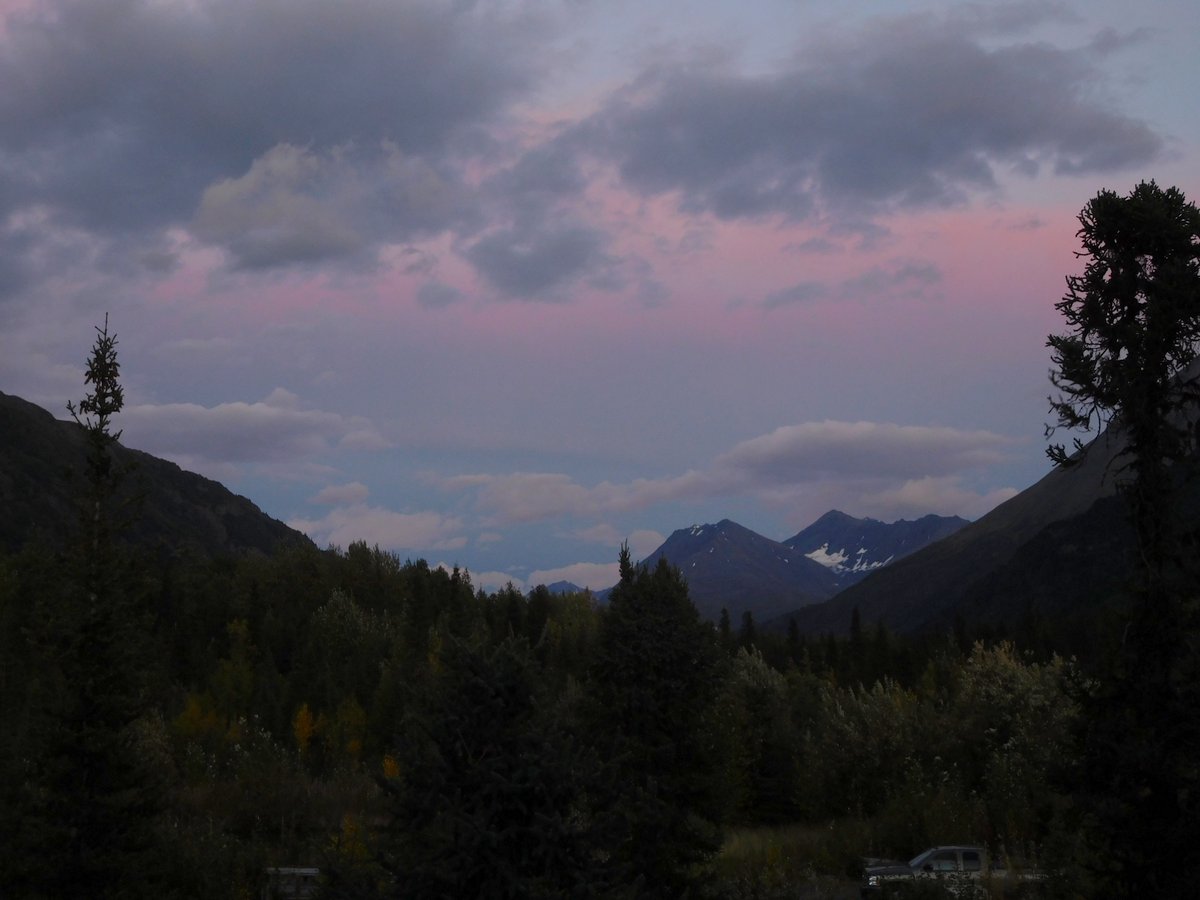