True Confessions of an Aging Soul

The past few days have been such jolly fun!   I say that with all the sarcasm I can muster.

I turned 79 last week, putting me in my 80th year of life on earth.   All was well until about 11 P.M. Thanksgiving night.   Snow was falling and piling up.

Then, the electricity went out.  We would later learn a tree went across the lines.   I went to bed.   The temperature was around 30, so no imminent fear of water lines freezing.   The wood stove was keeping the house warm.

My Kindle is a Fire and self-illuminated.   I read and got up every couple hours to feed the wood stove.   The next morning, the power was still out as were the land line phones, cell phones, and Internet.   I started my generator, but the automatic transfer switch didn't feed power to the house.   I ran it long enough to charge its battery and then shut it off. 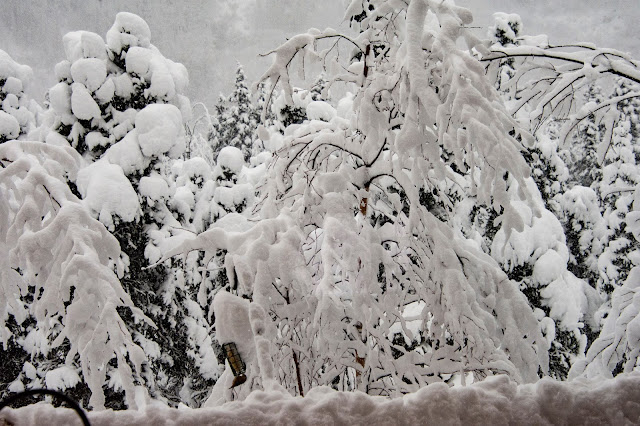 The snow depth was about 18 inches.   I was sure I couldn't drive my 4WD truck out to the highway.   I didn't want to get stuck and have to wade back to the house, so I didn't even try.  Had the driveway been shorter, I might have made it, but it's about 500 feet long.

The power came back on late Friday afternoon.   Phones and Internet still out.   The phone crews were working 24 hours a day to located and begin repairs to broken lines and fried switches. 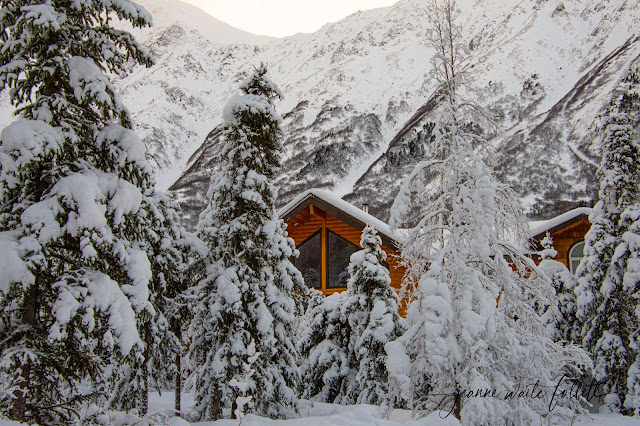 Saturday was more of the same.   The power was on but the phones were still out and the driveway still deep in snow.   every once in a while, I thought about how isolated I was.   What if I needed medical help?   The rescue truck couldn't reach me and I had no way of notifying anyone if I did need help.   I didn't obsess over this, wasn't anxious or concerned.   Just mindful. 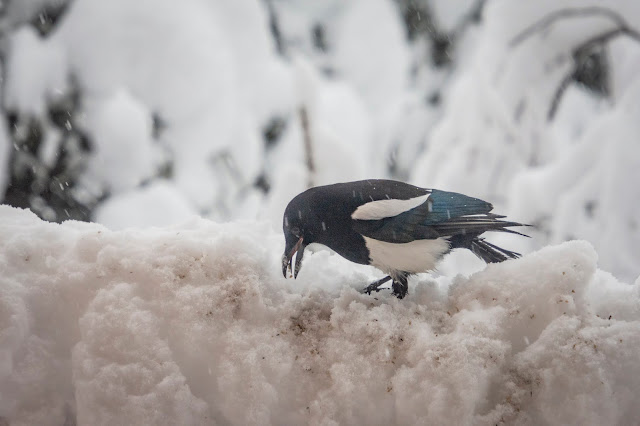 Sunday was nice, but no phones yet.  The snowplow guy got the driveway plowed out about noon.    I heard Cooper Landing had cell service so I drove over there and posted on Facebook about my circumstances.

More trouble  began Monday.   Wind, snow, you name it.   Highway conditions were awful.  Still no phones but the power stayed on. 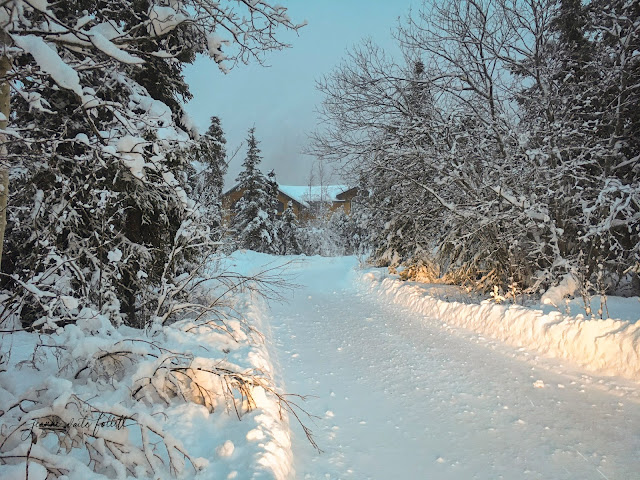 The driveway before the blizzard started Monday.

Today, Tuesday, another power outage began around 1 P.M.   As I write this, it's still out.

BUT!   My neighbor came over and, after plowing enough snow that I could get out if I had to, figured out how to switch the generator power manually instead of the not-working automatic feature.

Now, I have water and power to my WI-Fi router.   The phones came back on mid-afternoon, but how they are working without electricity is beyond me.  Perhaps there's a battery backup.

The electric company, based in Anchorage, is having to deal with tough highway conditions, rain, still deep snow, etc.   It should have reached Moose Pass about 6 P.M., so hopefully this outage will be repaired tonight.

For now, I am going to fill the woodstove, shut down the generator and go read in bed by the light of my illuminated Kindle Fire.   I have a good Jonathan Kellerman novel going and am anxious to get back to it.

Maybe by  tomorrow things will be back to normal.   Whatever that is.