We have had ome unusual weather around here lately.   Specifically, it's been cold, windy, and snowy.   Every day brings an inch or two of snow, which melts off the next day just in time for that day's snowfall.


This female belted kingfisher seems to be wishing she'd delayed her northern migration a couple weeks or more. 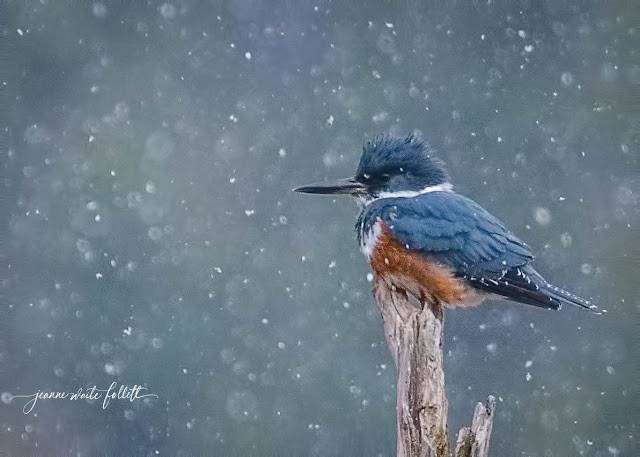 The Story behind the Photo

I spent last weekend in Homer,  at the end of  Alaska's Kenai Peninsula.   Homer is a picturesque little town, known for its spectacular scenery, great fishing, and a four and a half mile long tongue of gravel called the Homer Spit that sticks out into Kachemak Bay, effectively demarcating the bay from Cook Inlet.

The Spit is the site of boat harbors, hotels, condos, tourist shops, charter fishing offices, fish cleaning stations, a ferry dock, and campgrounds for tents and RVs.   I've made sporadic visits to Homer since 1964 and have watched the growth and commercialization of the area, and while I'm glad it offers employment for many, I kind of miss the old days when a person could buy a whole king crab from a dockside net for $5.00.  Total, not per pound.

Well, those days are long gone and now Homer is known (for a certain interest group)  for the arrival of shorebirds and sandhill cranes.

My purpose was to photograph those birds--as many as I could find, wherever I could find them.  In that pursuit, I made several drives on and off the Spit during the course of Saturday. 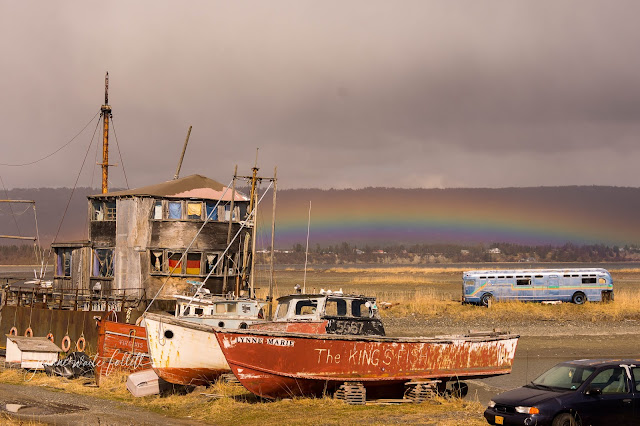 The weather on the Spit was beautiful and breezy.   Scattered showers rolled across the onshore town, creating some magnificent lighting conditions on the Spit.   A low-lying rainbow over the town caught my eye and I stopped for a photo.

Another icon of the Spit is a tavern called the Salty Dawg.   Here's a rare photo of the Salty Dawg with NO tourists blocking the view! 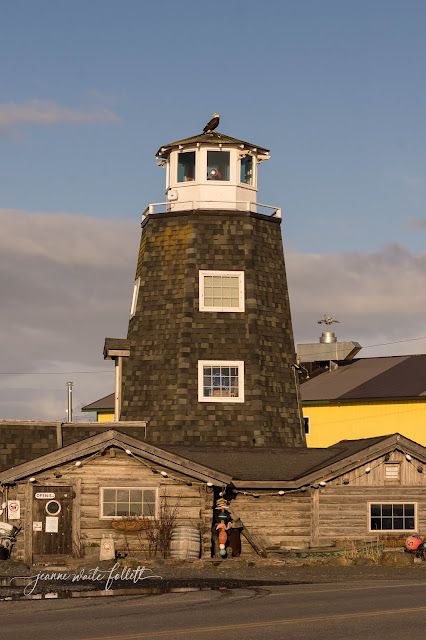 Later that afternoon, I was once again driving towards the end of the Spit, when I caught a glimpse of some old and weathered piling off to my right.   I've seen them many times, but something was different today.   I found a place to turn around,which was not easy because in the area, the narrow road is lined with guardrails.     That accomplished, I found a tiny spot to pull off and park.   I'm not at all sure it was legal, and in the days of heavy tourism yet to come, I'm certain I would have been told to move on.

But, I grabbed a camera and started walking back to the piling a quarter-mile away, staying on the road level, rather than the beach below.  As I neared my destination, I saw someone riding a mule, leading a second mule and a dog, coming towards the piling.

Oh no, I thought.   They're going to leave tracks through the artsy-fartsy  photo I had in mind.   I hurried--just short of running--to get a photo before the group got there.

And then, because I was there, watched as a lady rode her mule, leading another mule, through the pilings. 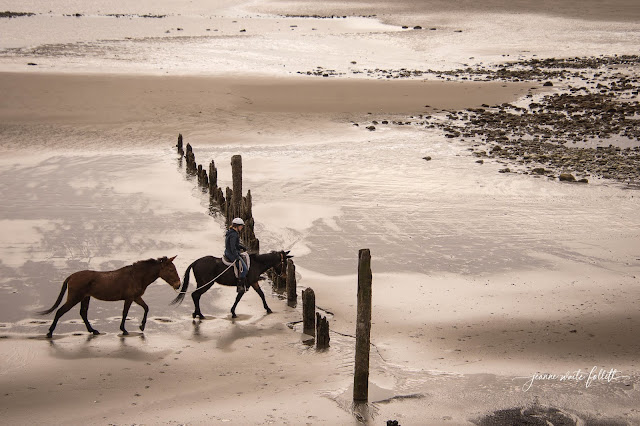 I scarcely  had time to realize the possibilities when she made a large u-turn and returned from whence she came.

In a matter of moments, what I thought would ruin my photo turned into a wonderful shot in the peculiar sepia light brought by on-shore storms and rainbows.

And then, the beach was once again deserted.

For me, it was once again a learning episode along the lines of making lemonade out of lemons.

But, that isn't the end of the story by any means.   When I got back to my car, she and her mules (and don't forget about the dog) were parallel to me on the beach and I walked over to show her the photo.

She told me her grandfather was a birder and had a friend in Moose Pass, where I live, and he would go visit the friend to find a particular bird.

The piqued my interest.   That I had to find out.  What bird?   His name rang a bell, but I could not put it in context.

She gave me her e-mail address so I could send a copy of the photo.

When I left Homer, I stopped to visit long-time friends in Kasilof.   They have horses and I knew they would love the photo.

In the conversation, my Kasilof friend recognized the mule lady's name and said she had grown up with their granddaughter, and were inseparable in childhood!

Posted by Gullible at 1:27 PM 4 comments:
Email ThisBlogThis!Share to TwitterShare to FacebookShare to Pinterest
Labels: coincidences, Homer, mules, The photo. 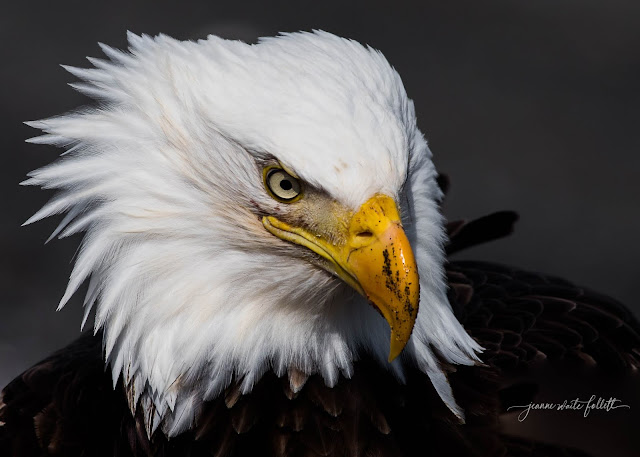 On my knees, twenty feet from this bald eagle.
Posted by Gullible at 12:35 AM 1 comment:
Email ThisBlogThis!Share to TwitterShare to FacebookShare to Pinterest
Labels: birds 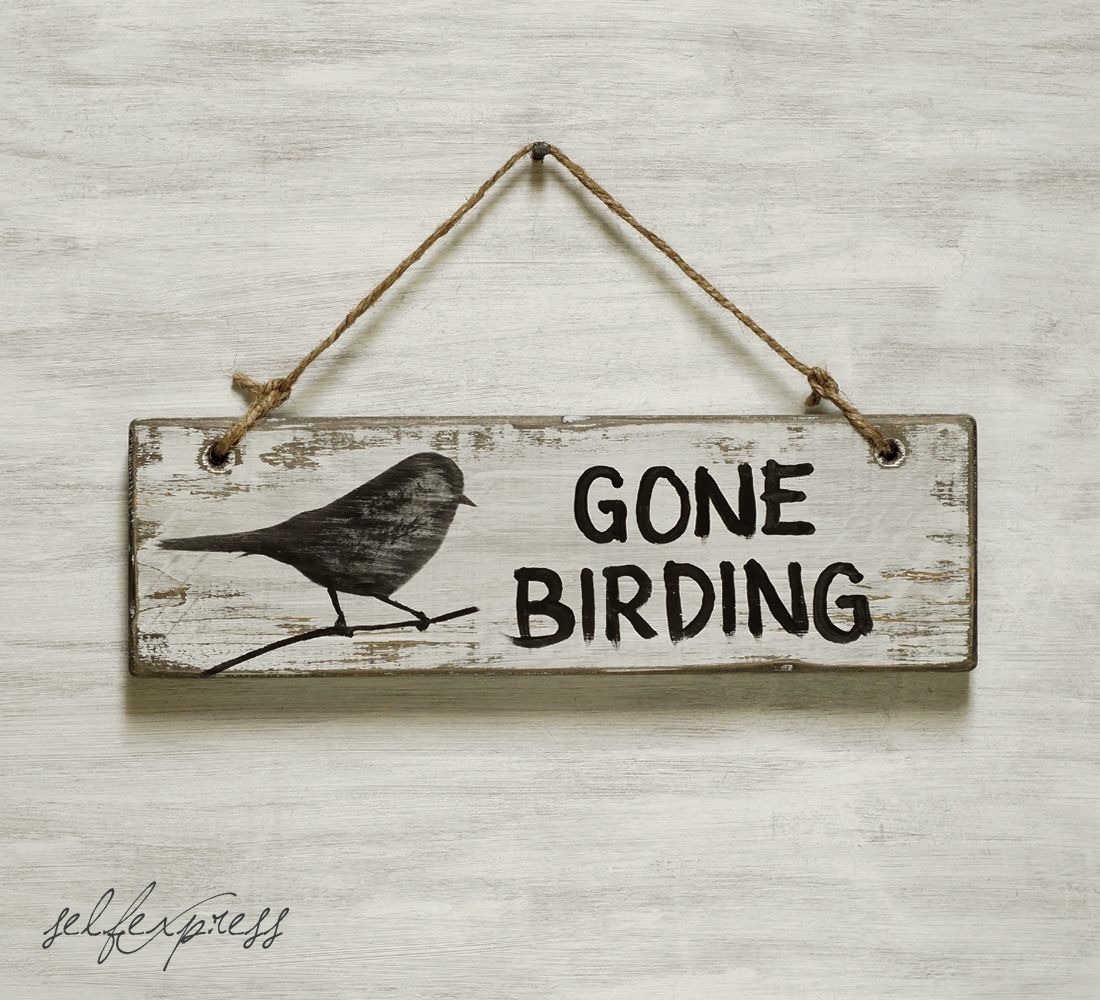 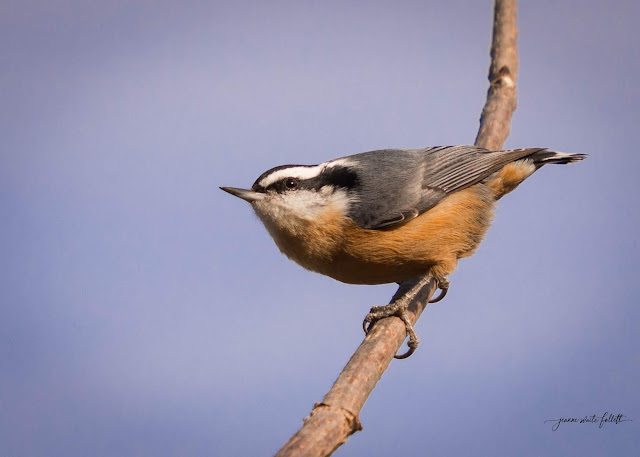 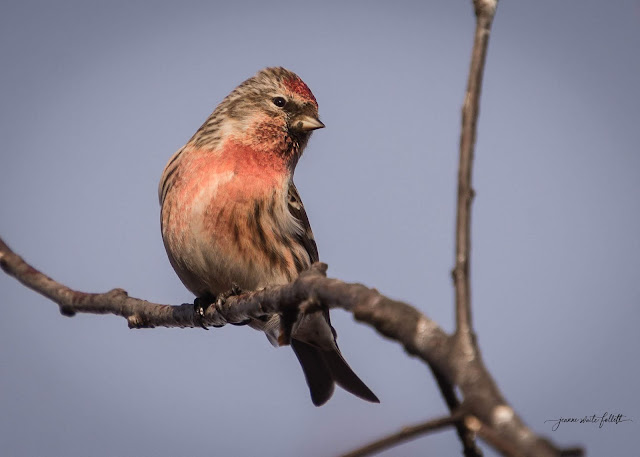 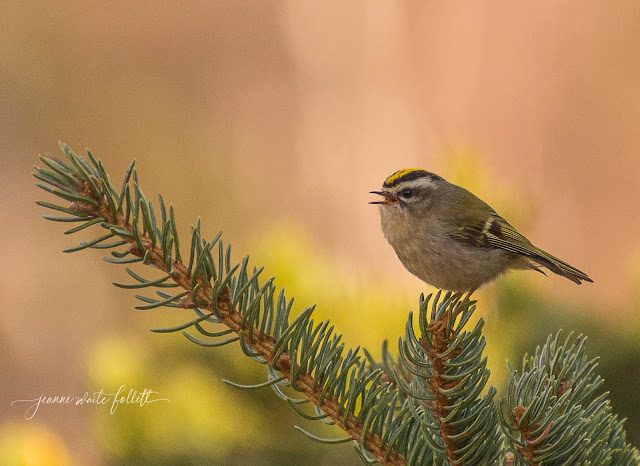 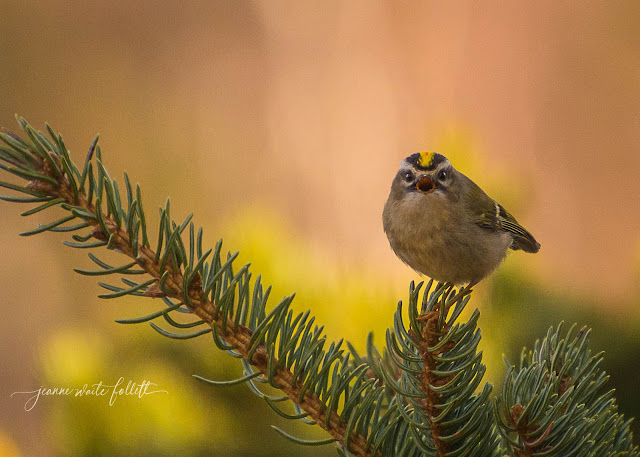 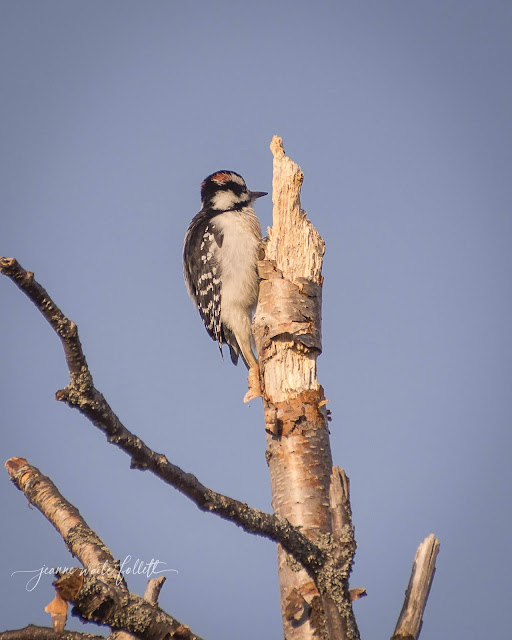 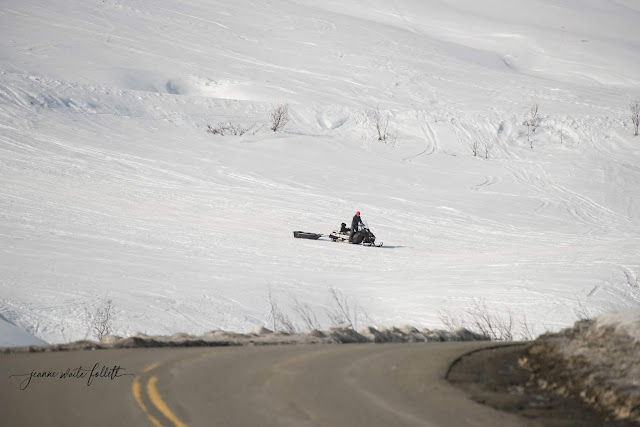 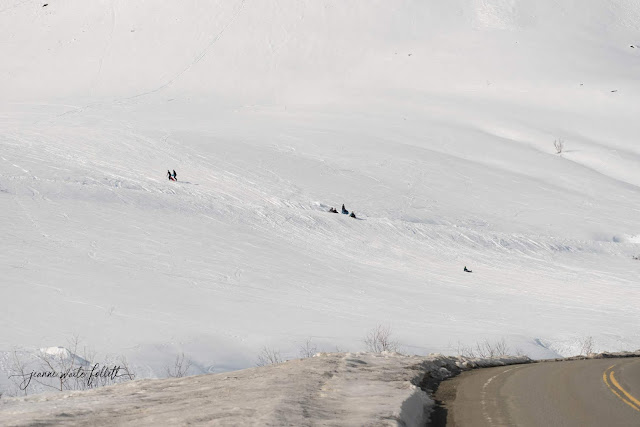 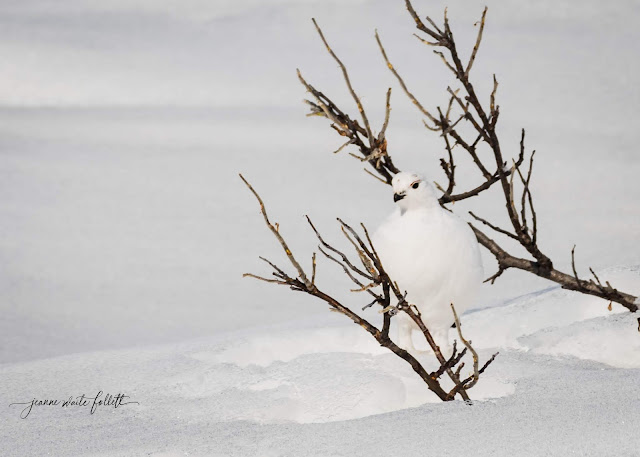 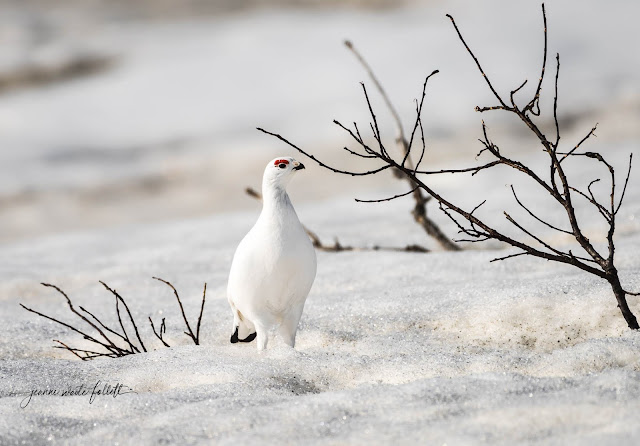 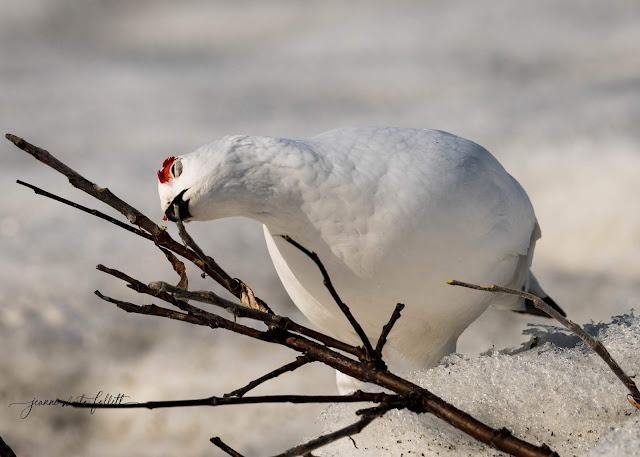 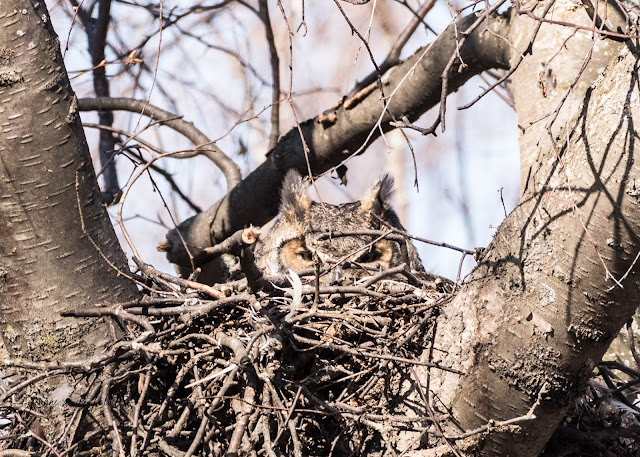