"How Soon We Forget" or "Gee, It's So Much Fun Growing Old"

Some months ago I reminded myself to buy bleach the next time I was in Anchorage. Time went by and I was again in Anchorage. I couldn't remember if I'd bought bleach. Now, I have more than a lifetime supply of bleach. I gave away one of the big bottles yesterday.

Does anyone need bleach? 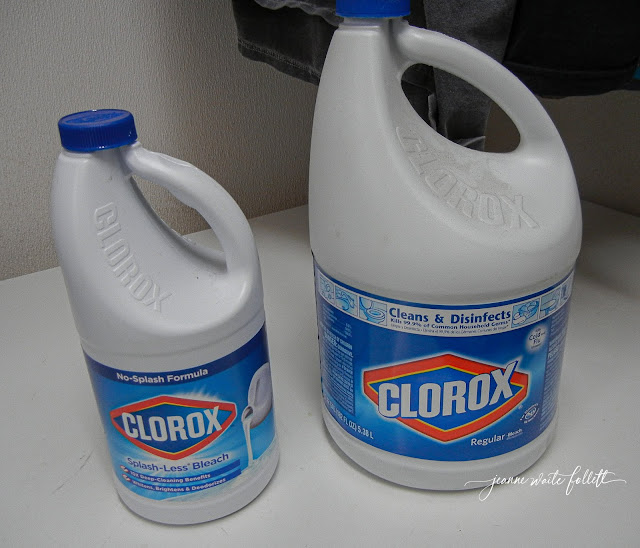 The Nikon Coolpix S7000 is my favorite point and shoot pocket camera. With sixteen megapixels and a 20X optical zoom, it's what I use for indoor photos, those plates of delicious food I show you, and candid shots from here and there.

I have three of them with various problems and after a long, long time passed, took them to a camera store to see if the guy could make a whole one. Wouldn't be worth it, he said.

They are no longer manufactured, so after passing up all the internet offers for $700, I found one on e-Bay for $100. Ordered it.

After it arrived, I looked on the shelf where I keep these and discovered I already had a working 7000. Now I have an extra. 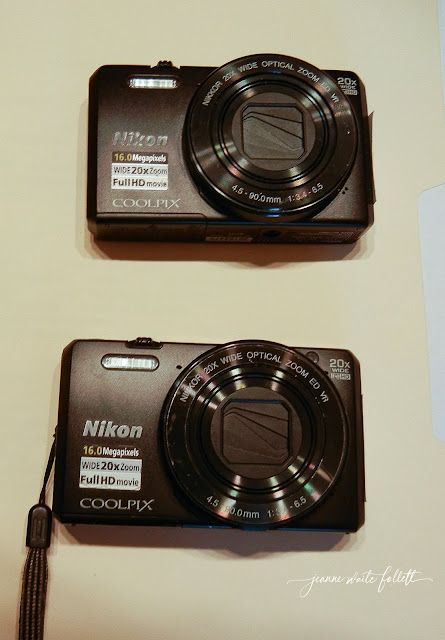 My moss green king-sized bedsheets, the ones that match the green in the bedspread,  finally wore out after years of laundering and putting them right back on the bed. Hey, it saves folding fitted sheets.

I searched the Internet for sheets the same color. The ones that were close were over a hundred dollars a set and got poor reviews for pilling.

Reluctantly, I put the bottom sheet in the trash and went to the linen closet to see what color I would use now.

Well, lookee here. I have an extra set. How did that happen? 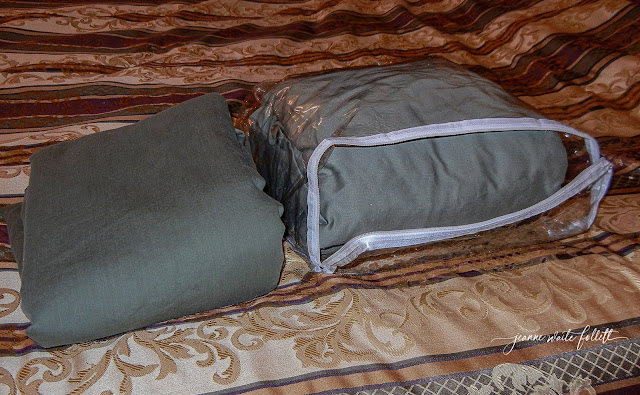 
My right knee has been bothering me for three weeks, interfering with my ability to walk.   I finally cried "uncle" and stumbled into an urgent care facility in Anchorage.   The diagnosis was a bone chip in my knee that was aggravating everything around it.

NO weight on the knee for ten days, the doctor ordered.

I dreaded hobbling around stores in pain before I left for home, so the first electric cart I used was at Costco. The carts are parked in the unheated entry with the regular carts, so it was cold as heck to sit on.

I found one that was fully charged, maneuvered my way between carts parked closely on either side, worked my way back to unplug it, and sat down. After fumbling around for a minute, I spotted the directions, read them, and took off.

These are fast take -off little critters! Once inside, I discovered a truth about people driving electric shopping carts: you are totally invisible to other shoppers! Completely invisible. You do not appear in their vision or consideration. This is true with both adults and young people ( who universally never see anyone with gray hair no matter where they are).

You Costco shoppers have no idea how close you came to being mowed down!

You can’t take the cart to your car to unload your purchases. Hence, once you’re back in that freezing cart alley, you have to put your stuff in a regular cart, park the electric cart, fumble your way behind it to plug it in, and wrestle your way free. It’s a bit of a chore for a healthy person And much more for someone who is having trouble walking.

Now you have a cart to hang onto to get to your vehicle, but Hey! A nice man offers to help, and after first declining, I accepted his offer. He pulled the cart through the snow and ice and boulders they call sand while I held onto the handle in the back.

Once again, the carts are parked close together in a way that requires a) you must seek help to get one unplugged and out where you can get into the seat, or, b) you have to defy your doctor’s orders to keep the weight off your knee.

The baskets are wider than the cart itself and when parked side by side? Impossible! Add to this, the person who parked the cart next to mine blocked the rear wheel of my cart with its rear wheel. After my struggle to get to the inside cart and unplug it, I was not about to change carts. And I’m not going to tell you how I got my cart free, either.

The carts at Freddie’s seem to be faster than those at Costco, but they are the same type vehicle and, boy, they can spin circles like crazy! Which I did a number of times.

By now, I was used to the jump-starts and no Freddie’s shoppers were harmed. However, with all the intersections in the aisles, I gained a new appreciation for the way Costco is laid out, i.e., basically, two main N/S aisles and two E/W crossing aisles. Far fewer chances to mow someone down at an intersection.

I lucked out. One cart in the middle of four was gone and I could unplug and start one with ease.
Safeway’s carts are noisy and feel like rattletraps. Maybe the noise warns ambulatory shoppers because there were no near collisions. When I was done, that middle cart was still gone, so parking and plugging was a snap.

All of this has given me insight into the difficulties of people with disabilities. Henceforth, I will yield the right of way and offer to help when I see a need.

About a month ago, I saw a woman in a cart struggling to unload her items from the cart onto the checker stand belt, and offered my help. She accepted, and I got a hug in return.
Posted by Gullible at 4:42 PM 5 comments:
Email ThisBlogThis!Share to TwitterShare to FacebookShare to Pinterest
Labels: disability, electric carts

It's been cold here for more than a week.   Like 20 below zero cold.

I caught a couple corvids with frosty mascara yesterday.


The big surprise is that the downy woodpecker stopped pounding on the suet block and went right for the shelled peanuts and sunflower seeds.   It's the first time I've seen it on the deck rail. 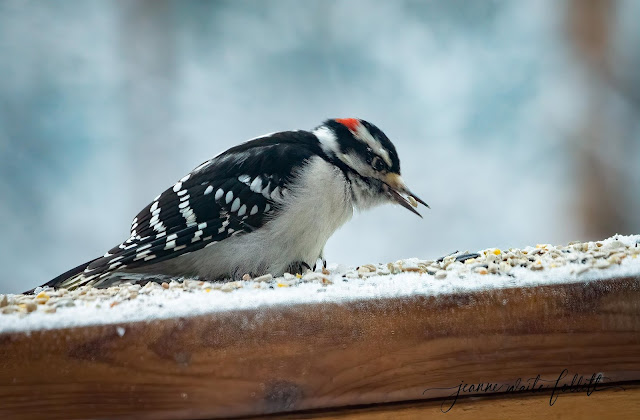 Finally, today, the temperature went from 20 below to 20 above in 12 hours and it is a welcome relief from the cold.
Posted by Gullible at 9:24 PM 2 comments:
Email ThisBlogThis!Share to TwitterShare to FacebookShare to Pinterest
Labels: birds

It's cold.    At or near 20 below zero for a week or so.  The birds that come to the feeders are gobbling up everything in sight.

They especially love the peanuts (non salted) that I put out for them.   I read once that a chickadee needs the equivalent of three peanuts to survive in cold weather.

I also put out a pint or so of Denali Premium Mix which is a combination of shelled sunflower seeds and peanuts chips.  That's favored by all the birds.

Today, I went into Seward and stopped by a place that has multiple bird feeders.   I saw the usual suspects and also two woodpeckers varieties.

The hairy woodpeckers are much larger than the downies I get at my house.   They like peanut butter.   This female has a mouthful of it. 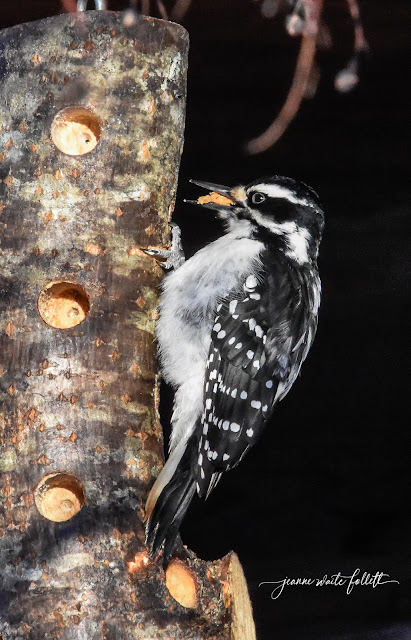 Here's another photo of her after she left the feeder. 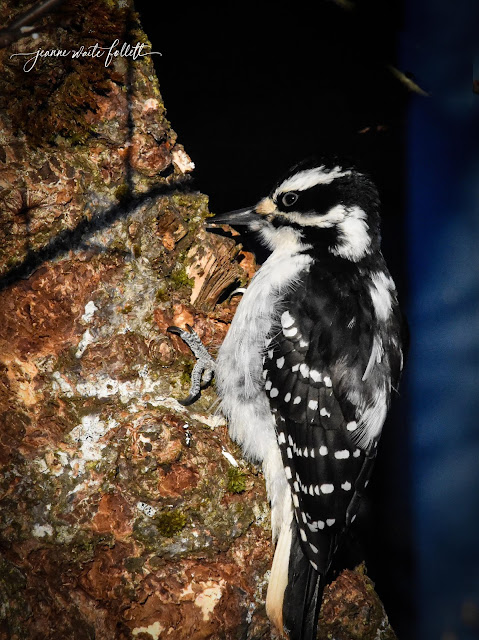 This robin was puffed up to the size of a softball, trapping warm air next to its body. 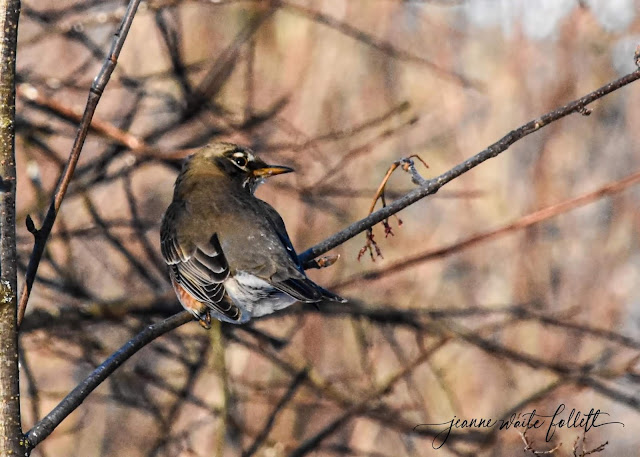 Back at home, a full moon shines over my house. 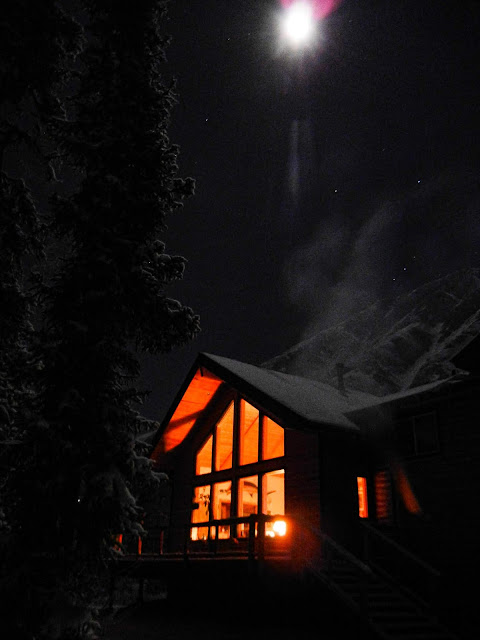 Birding at Twenty below Zero

The downy woodpecker is back at my feeders after a year and a half absence.

They are such pretty, colorful birds.

I grabbed my ever-ready camera and aimed the big 500mm lens at it. 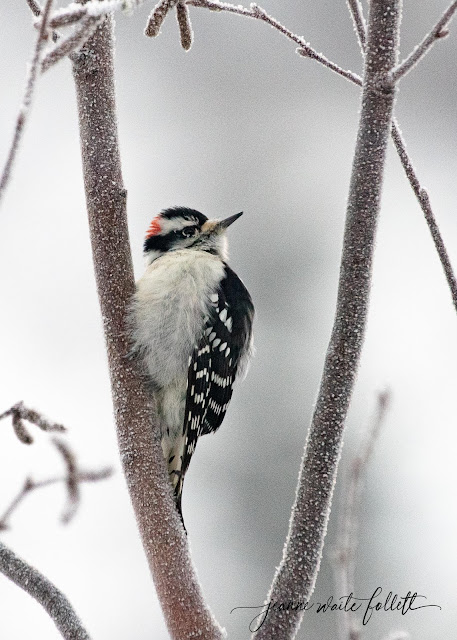 Cute little guy.   I can tell by the red on the back of its head.   The female lacks the bright color.

By the way, I took this shot through my front window.   I'm not going outside at twenty below!  That's right.   Birding at twenty below is best done from the warmth of your living room. 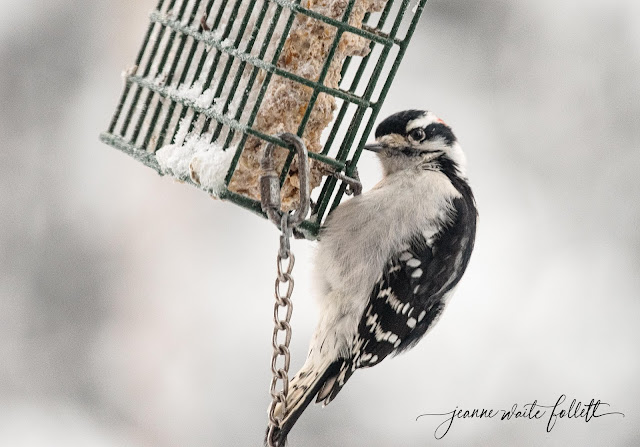 Posted by Gullible at 6:49 PM 4 comments:
Email ThisBlogThis!Share to TwitterShare to FacebookShare to Pinterest
Labels: birds

Found in the Archives

Found this merlin, a small falcon, while searching the archives. 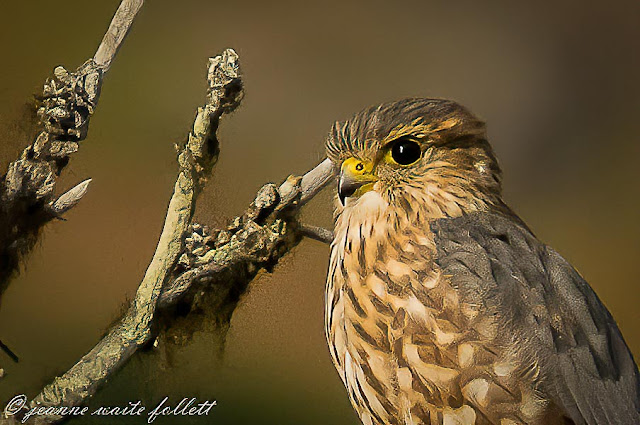 I was near a local creek when I heard a splash and looked back in time to see a merlin land on this rock after missing an American dipper that it was trying to catch.   It sat there long enough for me to get several frames. 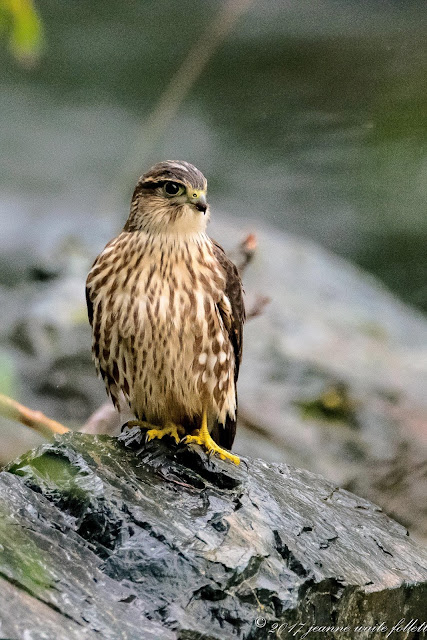 And this past summer, in Cooper Landing, three juvenile merlins were observed trying to catch birds.

This one caught one. 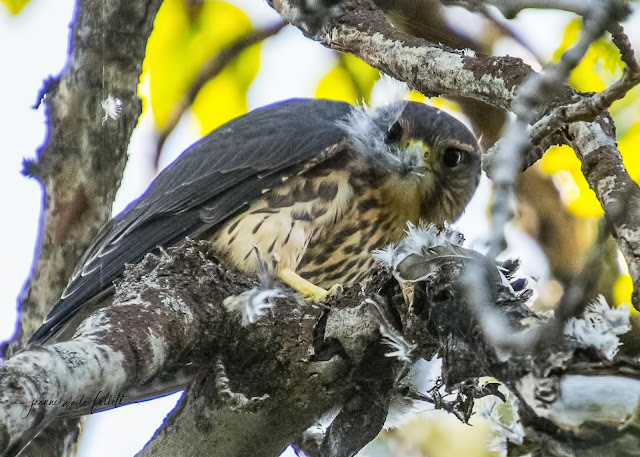 They eat dragonflies, too.    Here's one ripping the wings off a hapless dragonfly: 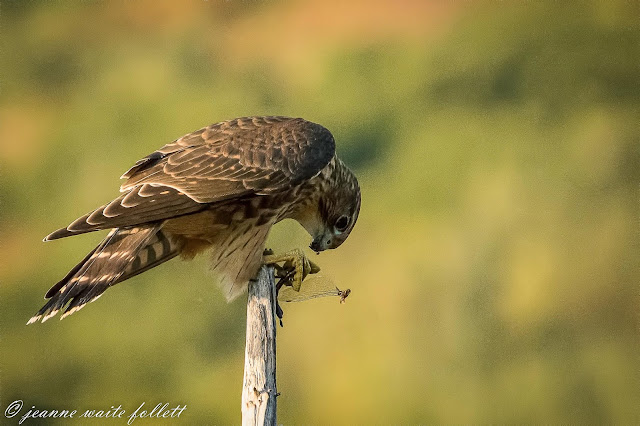