Last year, for the first time in a long while, a pair of Trumpeter swans took up residence at Tern Lake.   This spring, they returned.   I don't know why, but when they saw me on the edge of the lake, they swam towards me, stopping about 20 feet away.   They appeared calm and unperturbed.


Eventually, they built a huge mound of soft moss and started their family. 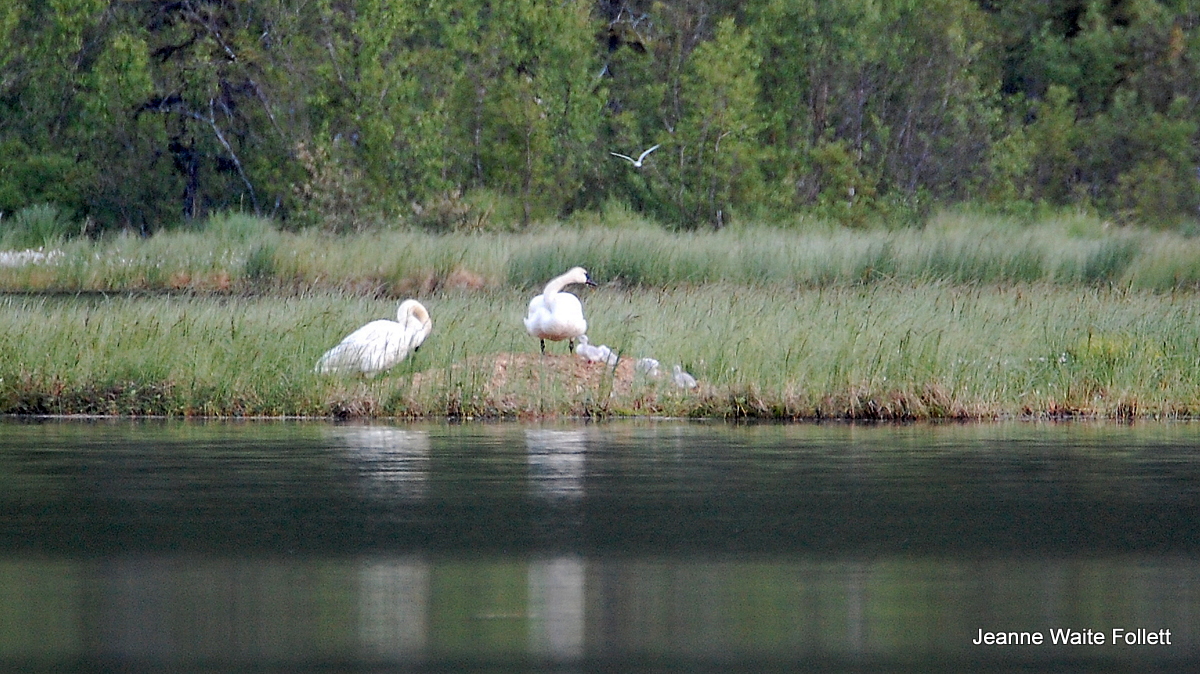 I'm not sure how many cygnets hatched.   I thought it was four, but it could have been three.   When they came within camera range, there were definitely three. 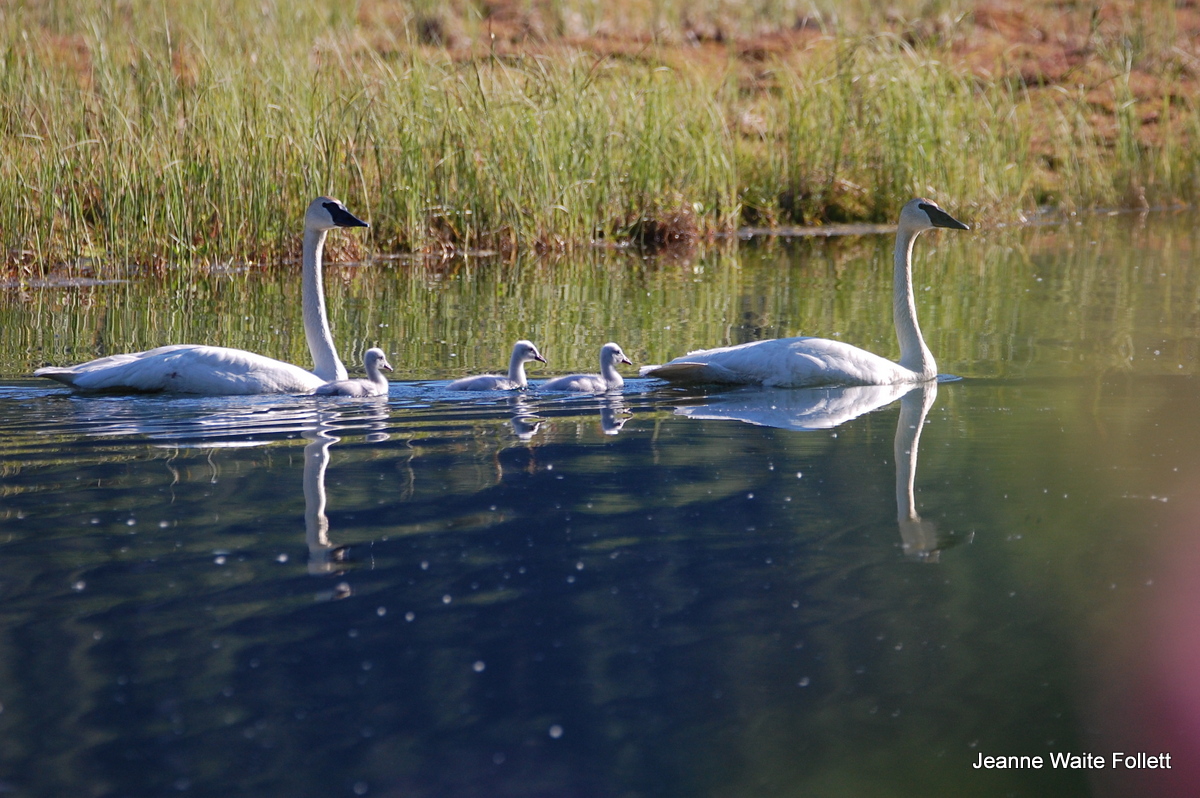 A week ago, I was told there were only two left.  The lake is a hunting ground for bald eagles, owls, ravens, raptors, and magpies, all of which have their own young to feed.


Then, seeing the swans close to the road a few days ago, I stopped to see for myself.   There was only one cygnet left. 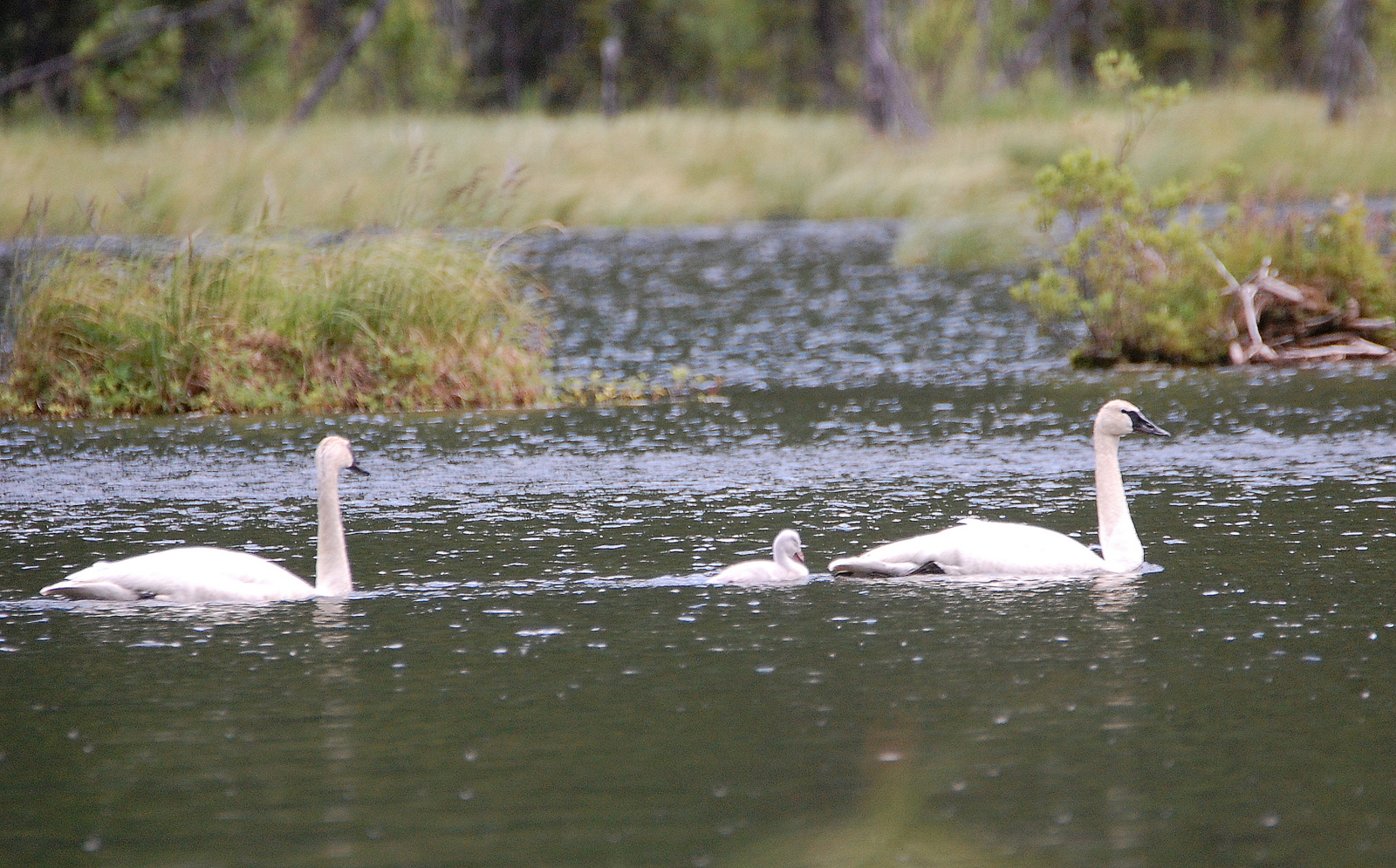 The swans swam close to me and lingered for about four or five minutes.  It looked, for all the world, as if they were showing off their cygnet. 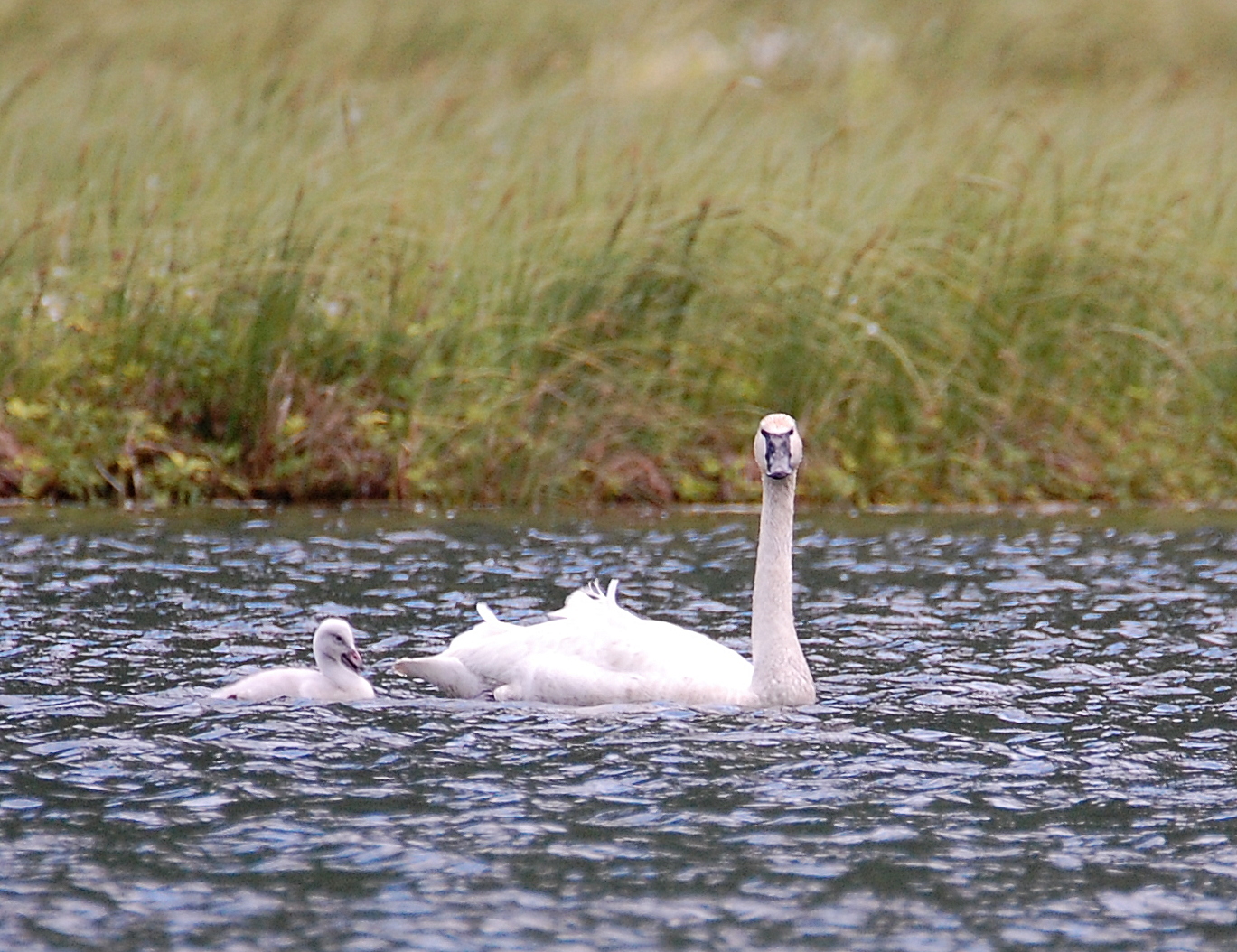 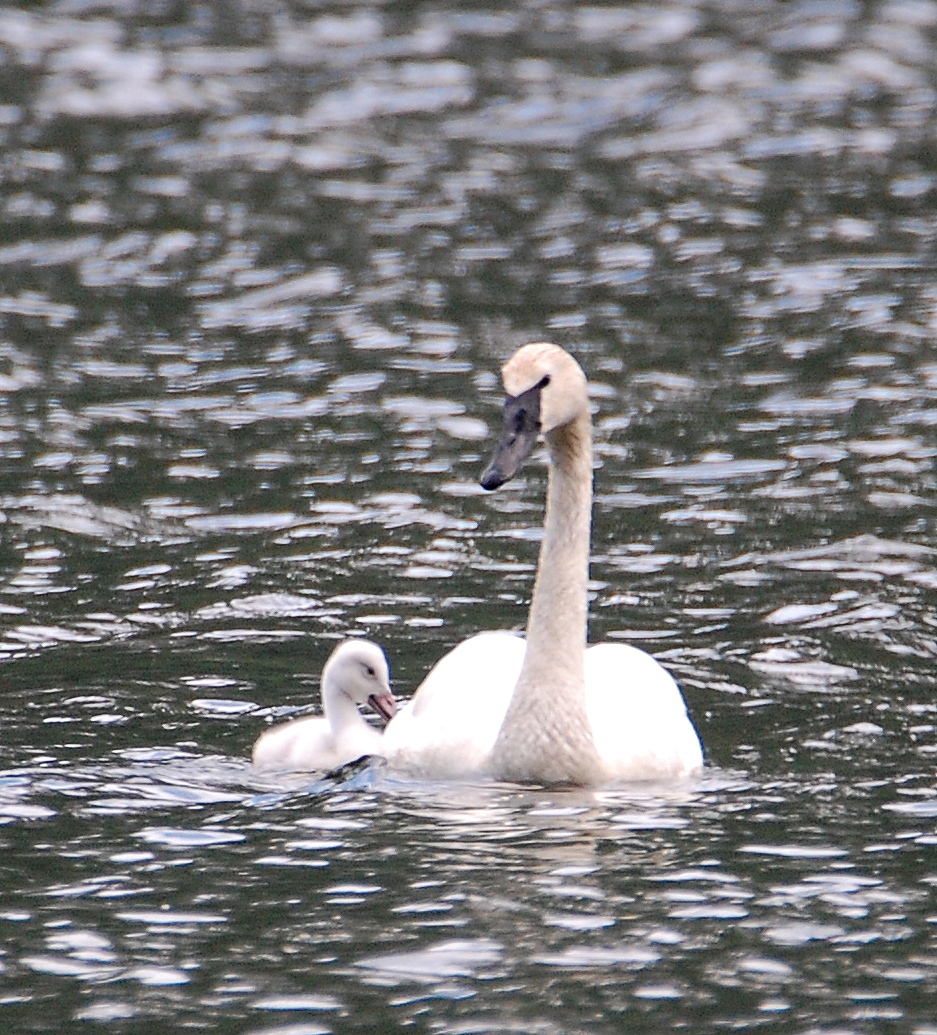 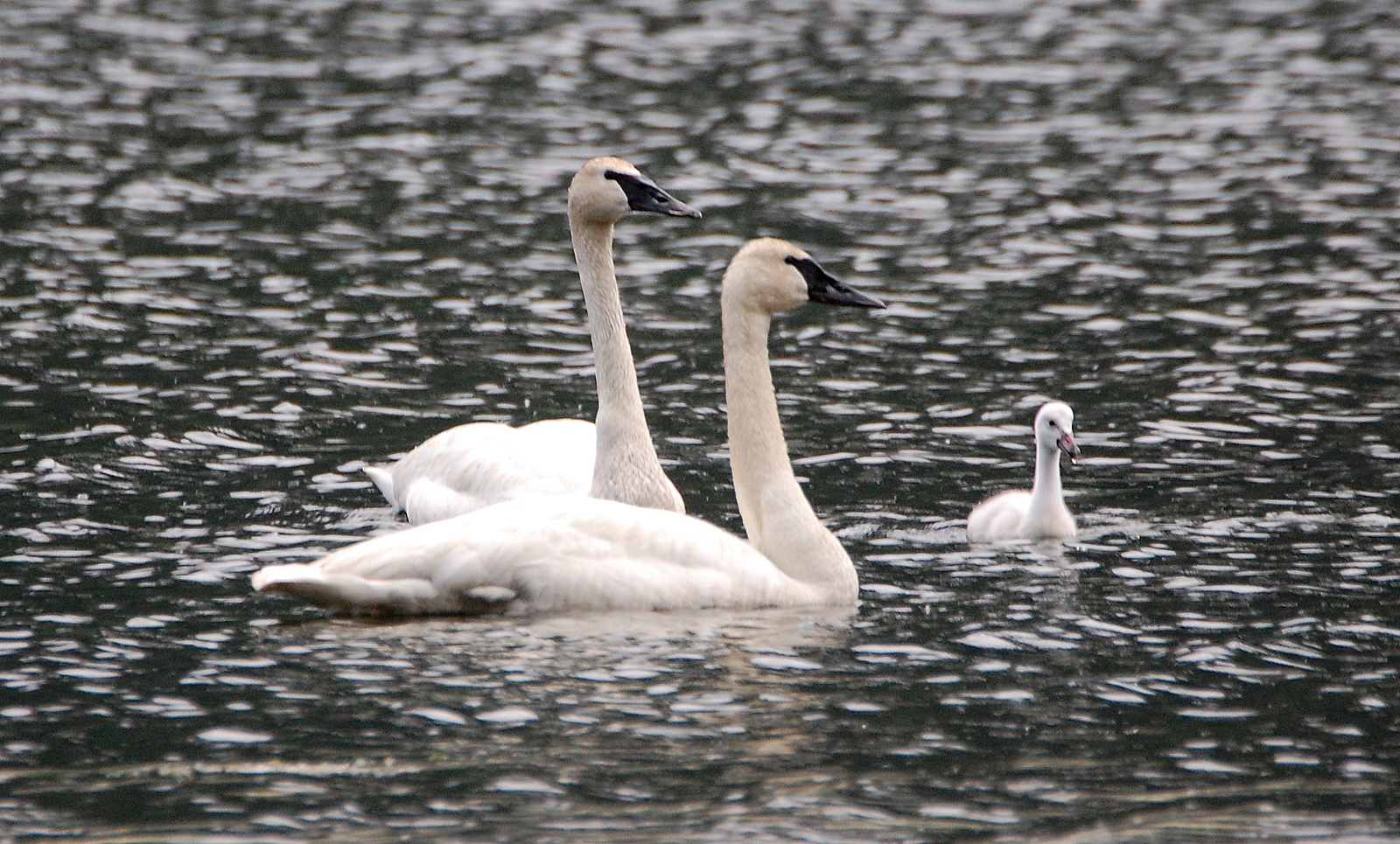 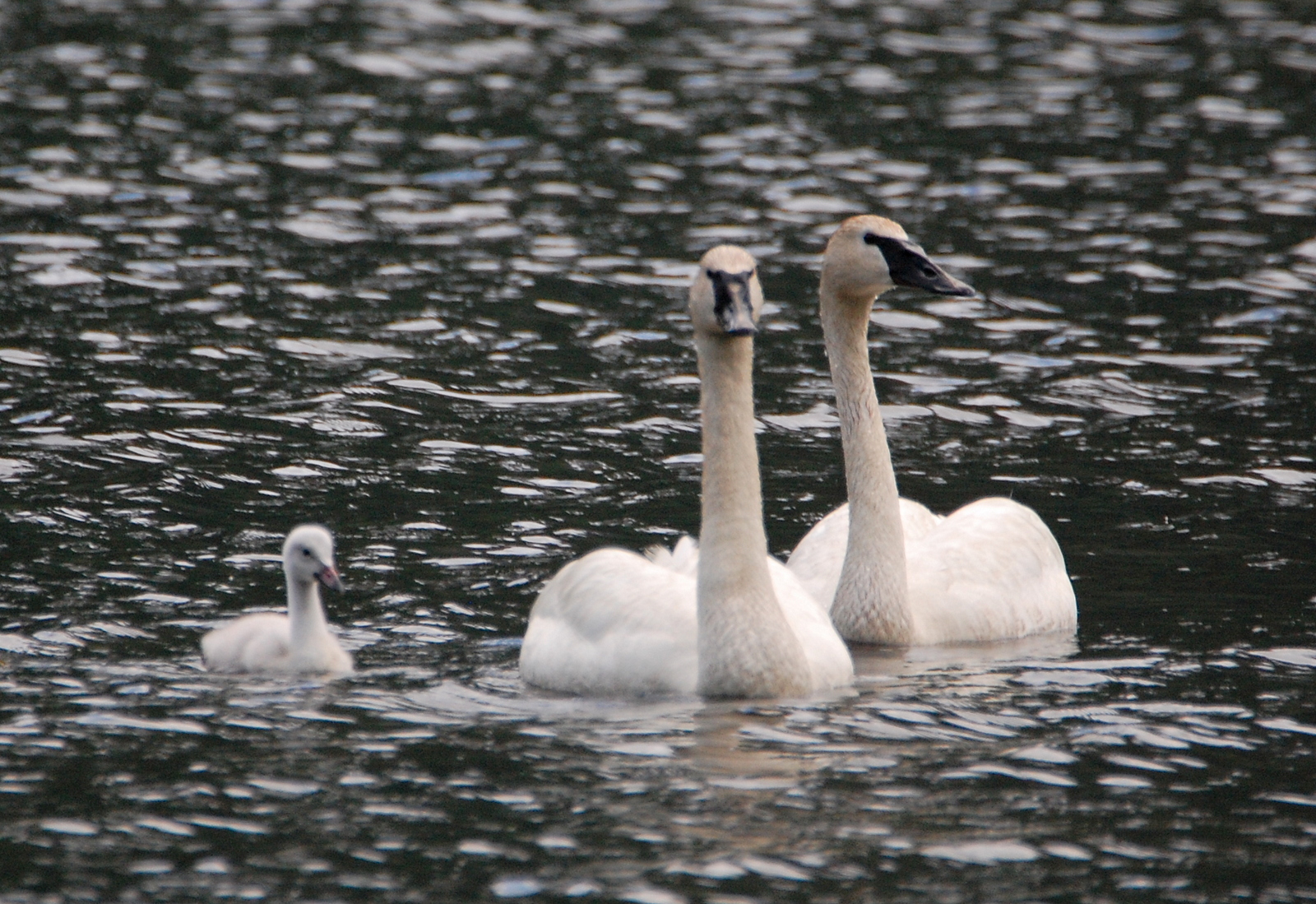 I took a few family portraits, and then left left, paddling slowly away with the cygnet safely between them. 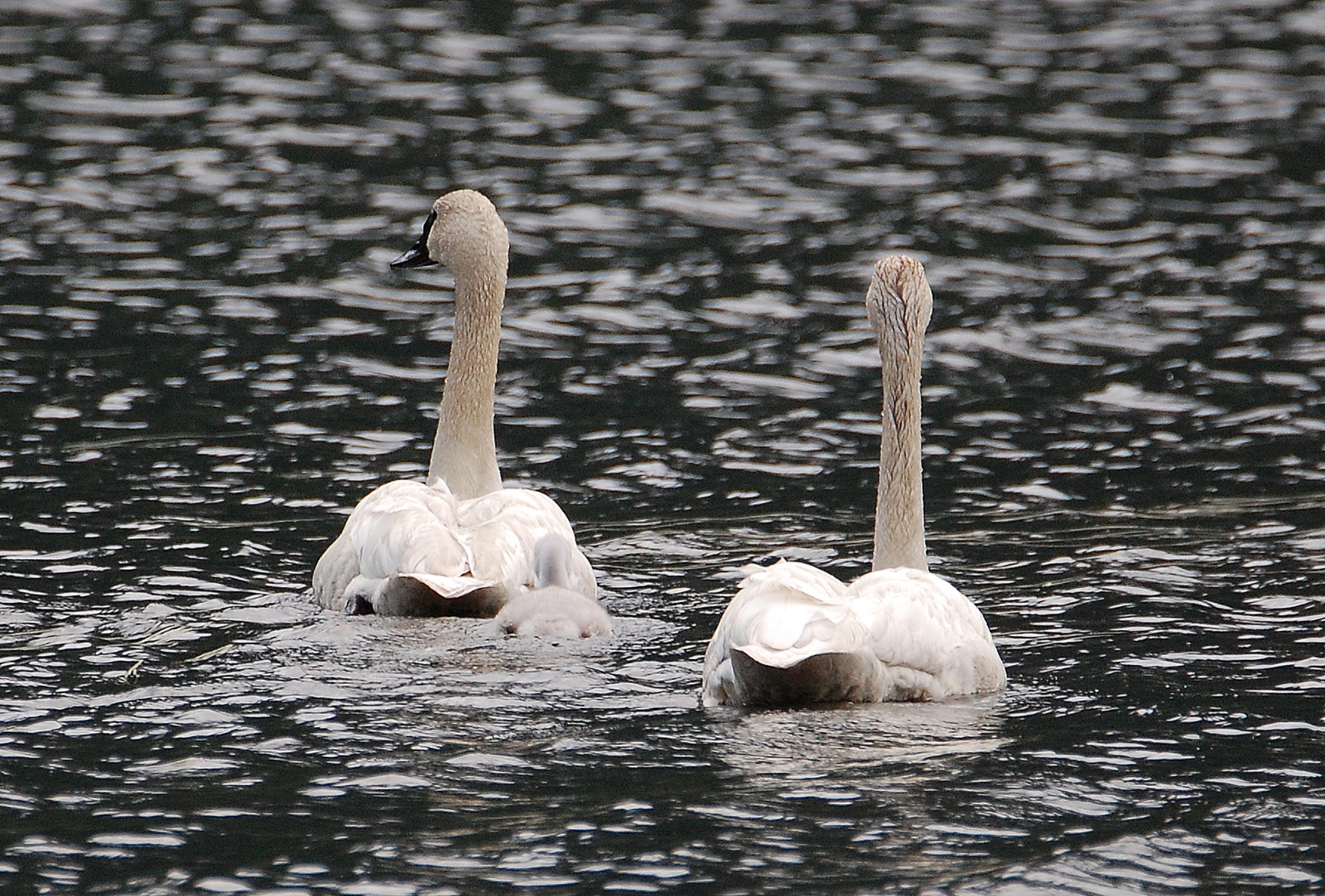 Posted by Gullible at 9:58 PM 3 comments:
Email ThisBlogThis!Share to TwitterShare to FacebookShare to Pinterest
Labels: swans


There seems to be morning-after buyer’s remorse assaulting Britain after the vote to leave the European Union.   If not exactly remorse, then at least “We/they did it.  My goodness, what have we/they done?  And now what?”

The markets are in turmoil and the British pound committed hara-kiri, but I think those things will settle down and return to some position of normalcy soon.

The political implications are far more serious.  Almost everyone agrees that the onerous regulations coming from Brussels, which is where the EU headquarters and bureaucrats are located, were a large part of the Brexit (British Exit) success.   Other factors were the lack of sovereign borders with all the security and economic implications, supporting countries heading towards bankruptcy and unwilling to take austerity measures (Greece), and the feeling that Britain contributed far more to the EU than it gained.

The EU began as an economic union of the coal and steel producing capacities of some countries, and kept expanding until it is the behemoth of today, more political than economic.   Free movement within EU countries was a boon for many years, with residents of one member country able to move to any other member country to live, go to school, and/or work without bureaucratic permits.

As an Alaskan who traveled for a brief 10 days in Germany and Austria a few years ago, not counting countless hours in the Frankfurt airport en route to and from Russia, it’s impossible for me to understand and expound on all the benefits and negatives about the EU.  I can say, however, the borders were seamless and without passport inspections., and there were no visa requirements for Americans.  Had there not been occasional “Welcome to …” signs, I wouldn’t have known I’d passed into another country.

The use of the Euro as the common currency was wonderful and exceedingly efficient in those two countries, though it did take four of us to figure out the machine that dispensed Wiener Linien (tram) tickets to Shӧnbrunn Palace from Vienna.

Now, with terrorism a major concern, that freedom of movement has become a dangerous liability, in many opinions, with the flood of refugees from the war-torn countries of the Middle East, and the very real possibility of ISIS or Al Qaeda terrorists infiltrating the masses.  Economically some of the EU member countries have seen impossible burdens placed on their resources as hundreds of thousands of indigent refugees head to countries with the best social programs.  Britain has received so many refugees that it had to severely curtail immigration from non-EU countries, even though those potential immigrants might contribute positively to Britain’s economy.

Now, there are indications that the United Kingdom is in danger of breaking apart, with Northern Ireland and Scotland going their separate ways, leaving Britain and Wales.   In fact, if we can believe the rumblings coming out of Europe, the entire EU might be in the early days of crumbling.

As I sit here pondering the long-range implications of Brexit, along with the entire world worrying and fretting, I wonder if this turmoil might be the impetus needed to reconsider the purpose of a union of European countries and to address the concerns of Britain and other countries to see if there isn’t a solution that could retain the union in some form.  Perhaps one with more sovereignty as to unfettered immigration, less regulation from Brussels, as well as a retention of free trade and the common use of the Euro for those countries that desire it.

Something along the lines of a “re-constitutional” convention.   It’s just a thought.

Posted by Gullible at 2:57 PM 4 comments:
Email ThisBlogThis!Share to TwitterShare to FacebookShare to Pinterest
Labels: Brexit 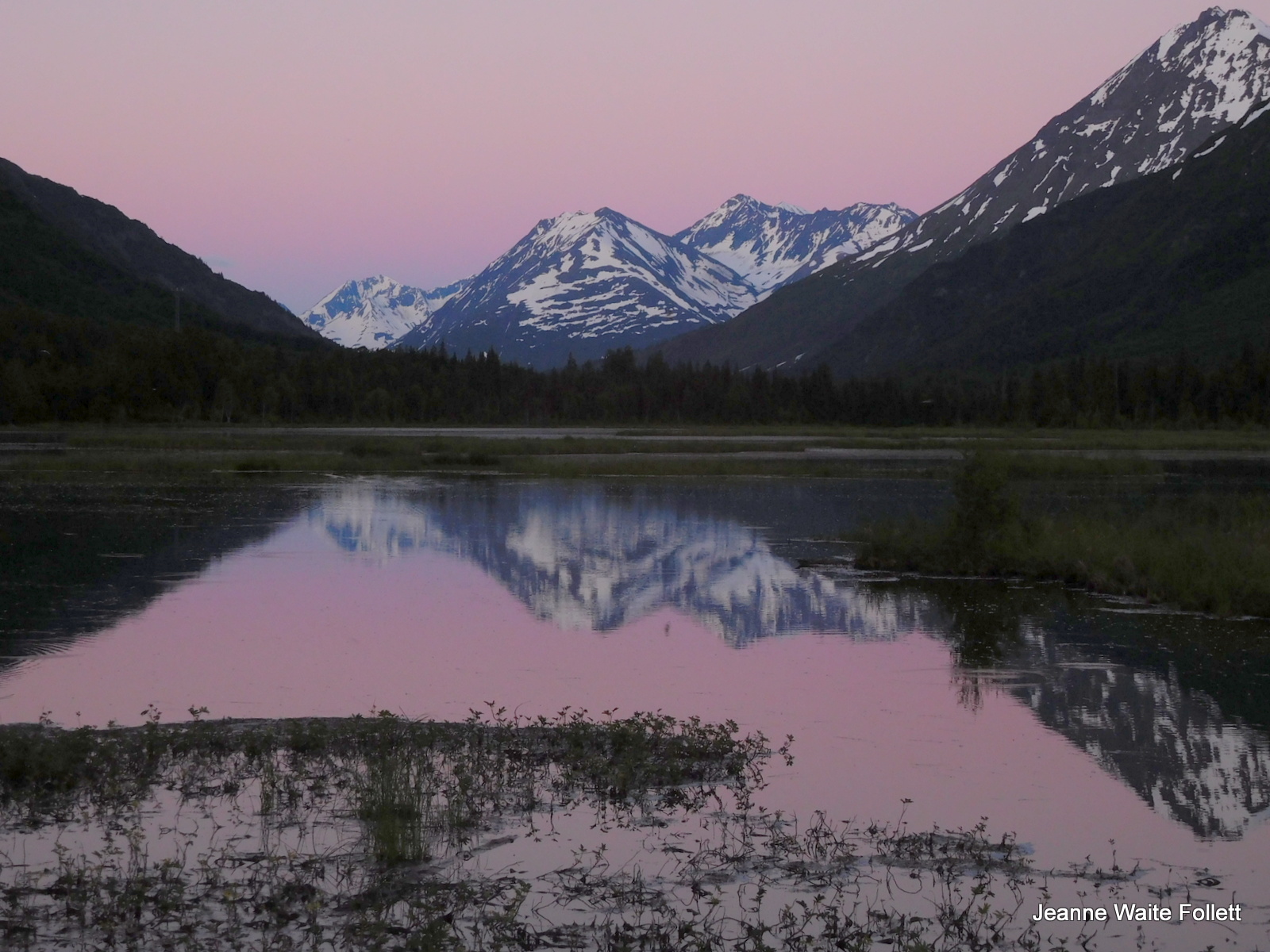 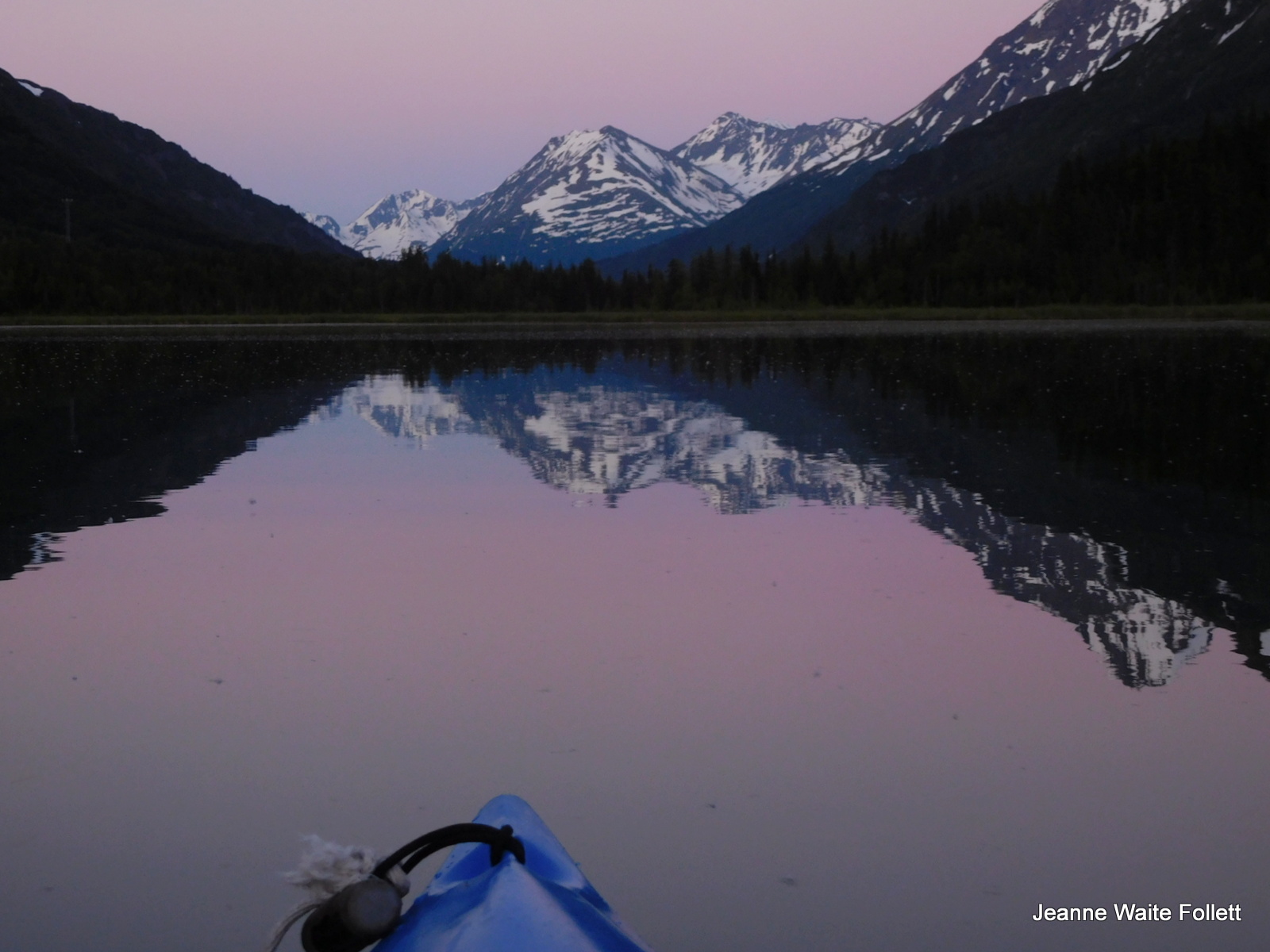 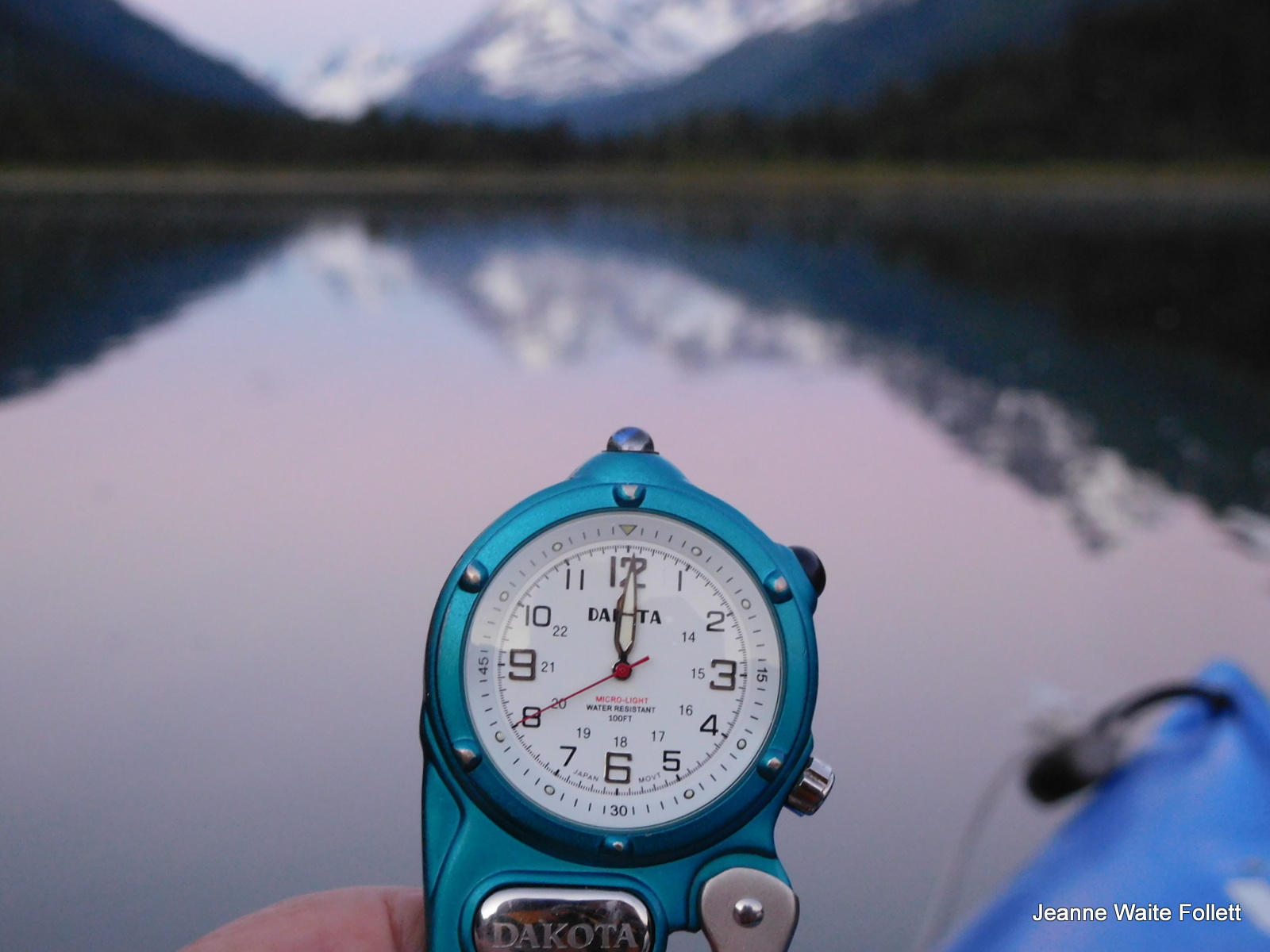 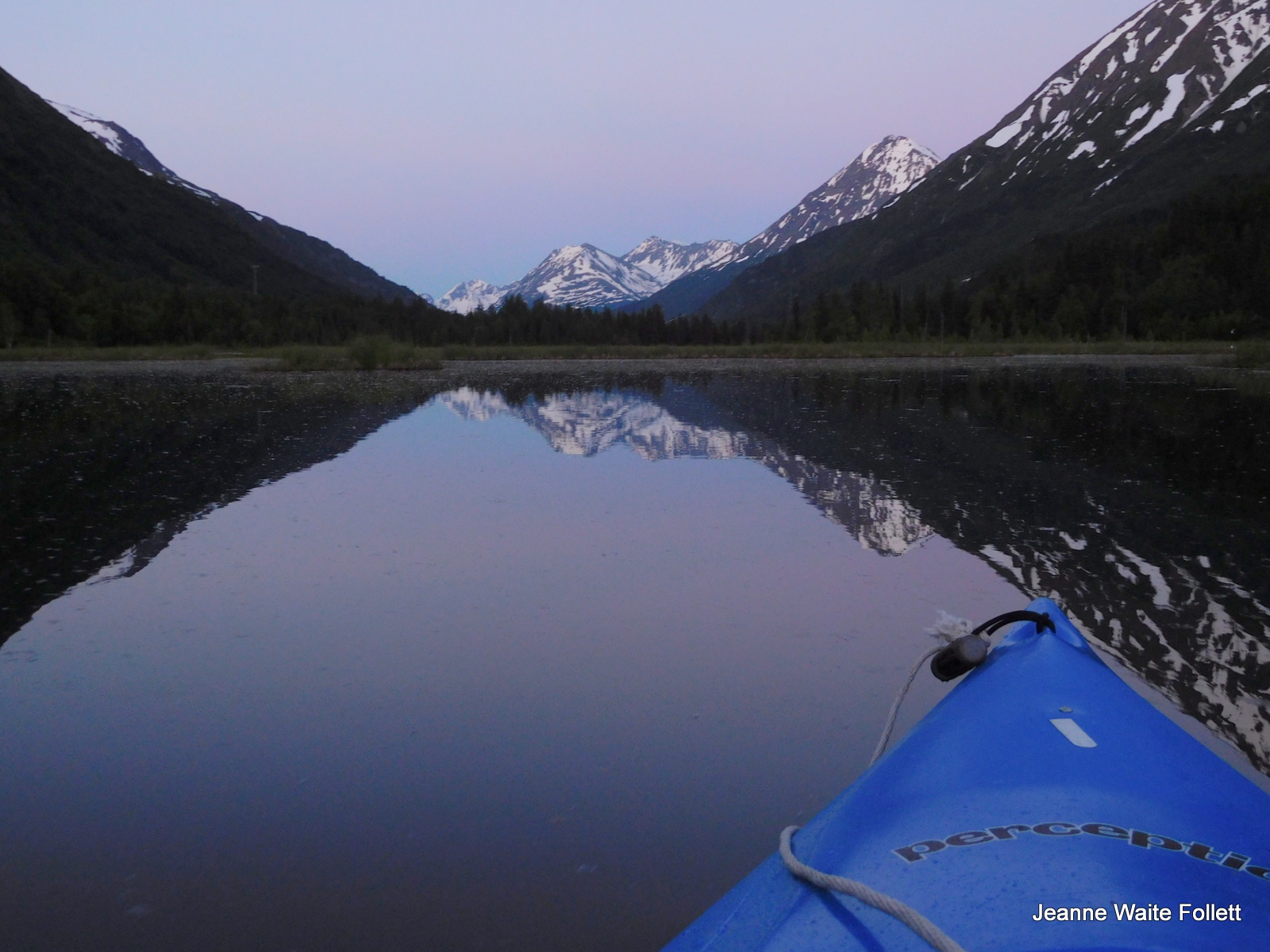 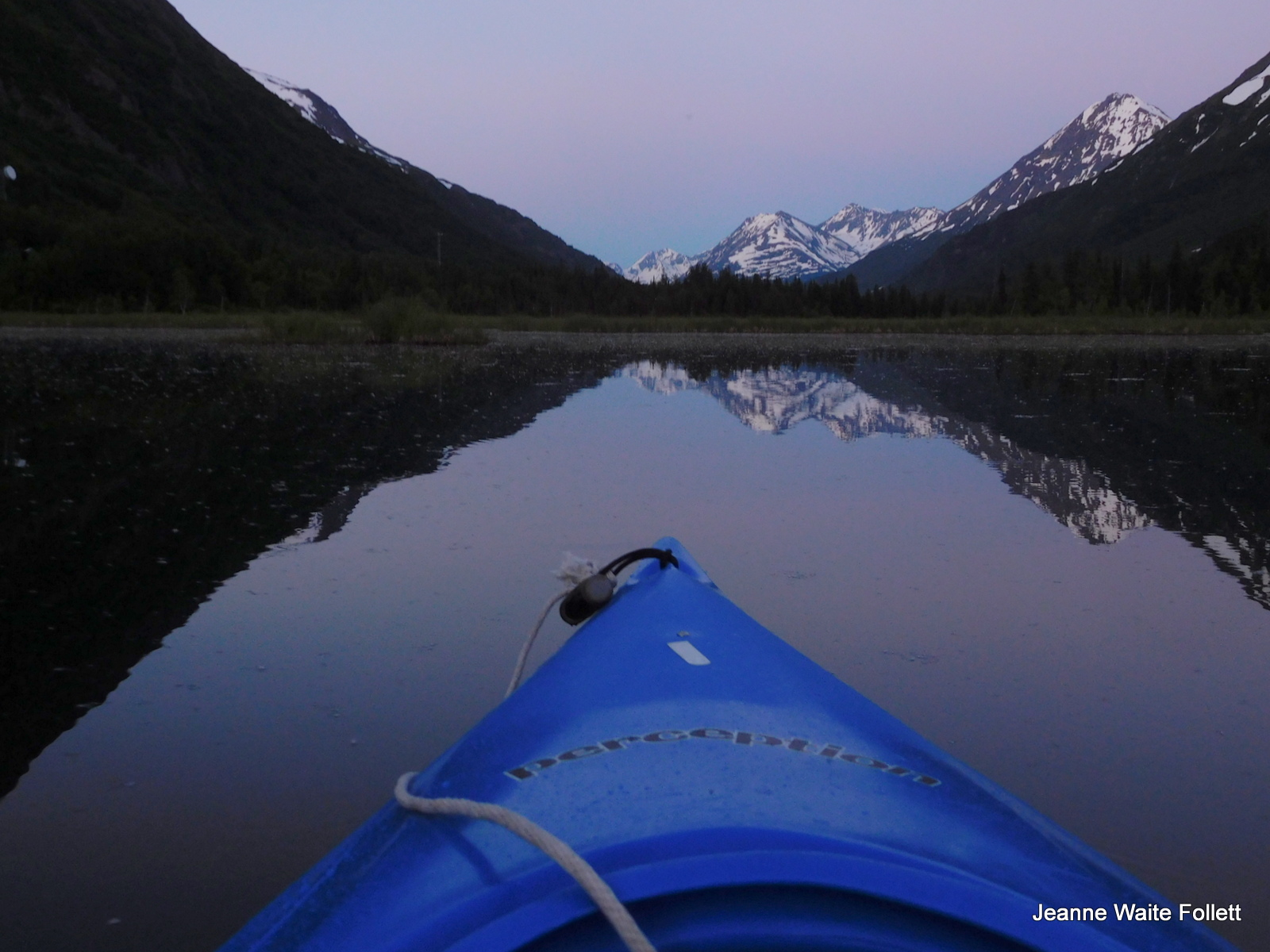 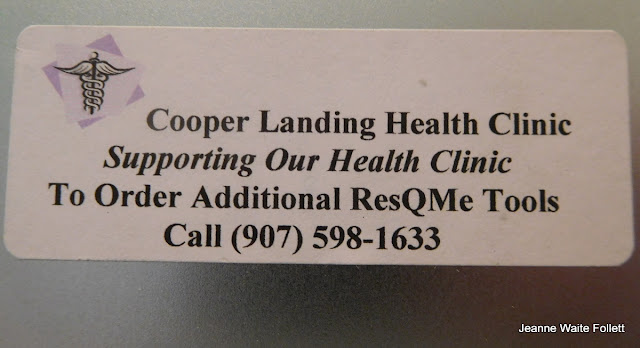 Posted by Gullible at 1:05 PM 3 comments:
Email ThisBlogThis!Share to TwitterShare to FacebookShare to Pinterest
Labels: ResQMe

A bit of this and a bit of that


Posted by Gullible at 2:31 AM 3 comments:
Email ThisBlogThis!Share to TwitterShare to FacebookShare to Pinterest

On a Day when the Inner Ditz is Loose, Steve Comes to the Rescue

On a day when I should have stayed in the house and tried not to hurt myself or do major damage  to anything in the house, at a time when my inner DITZ (as in “ditzy”) is on full display and successfully avoiding my feeble attempts to keep her in check, and when I really, really shouldn’t have attempted to cut a load of firewood, Steve saved my bacon, and did a lot more.

Steve to the Rescue.   It’s a story that perhaps began yesterday.  I say “perhaps” because I try to forget about the times my DITZ is loose to discombobulate my very existence.

So, yesterday I cut up a rack of spareribs and put them in the crock pot, anticipating a tasty dinner when I returned from picking up litter.   When I got home, I could smell the scent of cooking pork as I removed my boots and changed into clean clothing in the garage.

Oddly, I couldn’t detect the luscious aroma of Sweet Baby Ray’s BBQ sauce, and I realized that I didn’t recall pouring the sauce over the meat.  As I headed to the kitchen, I also couldn’t remember putting the lid on the crock pot.  And so it was.   No sauce, no lid, no ribs for dinner.  I turned the pot to low and let the ribs cook all night.

I should have known better.  Once the DITZ is loose, my attempts as being a responsible, capable adult come to naught.   Nonetheless.

I unloaded the litter-picking paraphernalia from the truck and loaded the firewood-cutting paraphernalia.  Off I went, a few miles up the highway to where the US Forest Service has made decks of timber available for firewood. 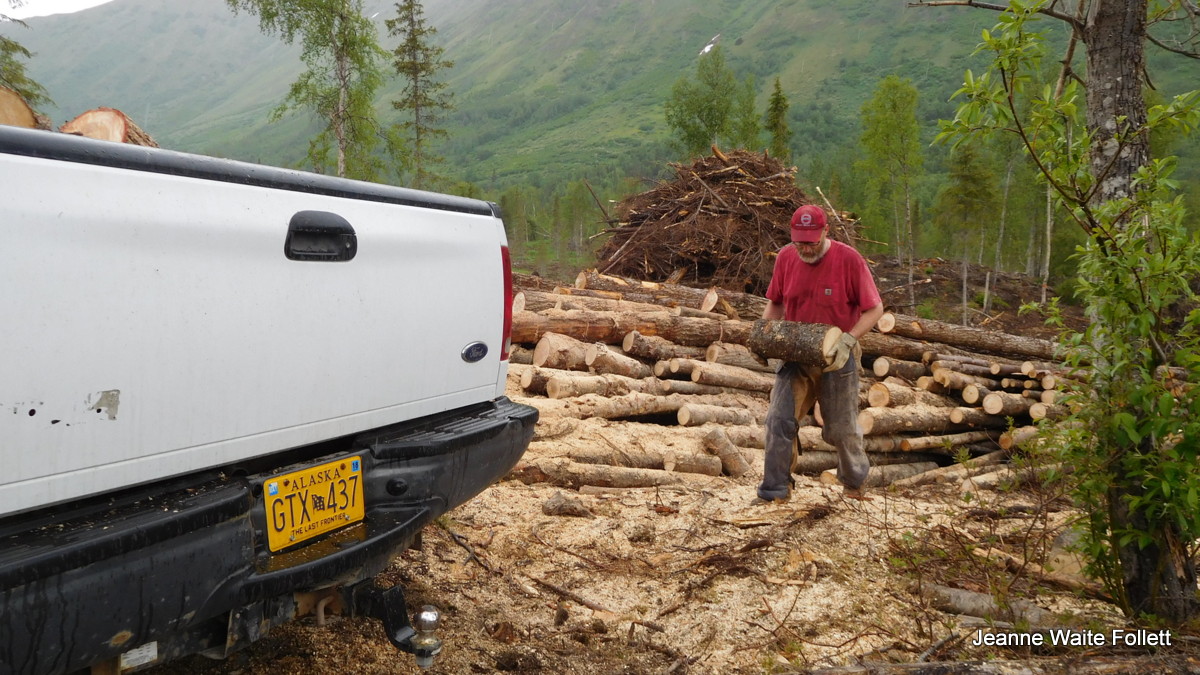 I found some wood I wanted and started cutting.   A rain shower passed through and I went to the truck and closed the windows, successfully locking my truck keys IN the truck when I closed the door.   I looked at the fellow cutting across the dirt road from me and begged a ride to my house to get my spare keys.

I didn’t tell him, but I also needed to get a right-hand glove as I’d managed to bring two left-hand gloves.

We introduced ourselves and chatted on the way.   His name is Steve and he lives about a mile from me, though we’d never before met.   He's a geologist with the USFS.  Then we returned to the decks of timber and went to work.

I cut a bunch of hemlock (a heavy wood compared to spruce).  Steve must have seen me struggling to load my truck.

I’ll make this short.   He told me to pull down where he’d been cutting and finished loading my truck.  I loaded the smaller wood and he did the heavy-lifting. 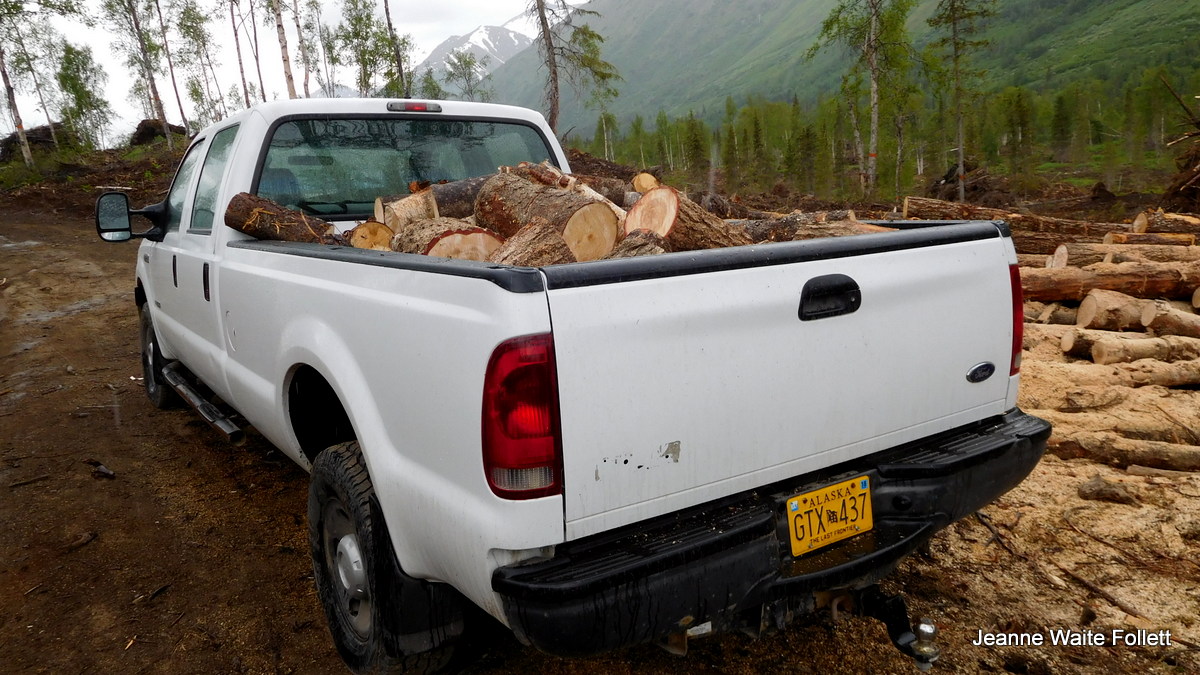 I started for home to unload the truck and half-way there, I remembered that I’d put the spare keys on a narrow ledge where the cap on the truck’s bed met the truck wall.   I stopped and looked.   No keys!   I’d lost the spare keys.

When I reached home, I unloaded the truck, all the while bemoaning the expense of replacing the keys and the all-important electronic fob.   As I threw out the final piece, I looked down and there were the keys, nicely nestled in the sawdust in the truck bed.

Back at the wood-cutting site, Steve was loading his own ¾-ton truck with wood that he then drove to my house and unloaded for me! 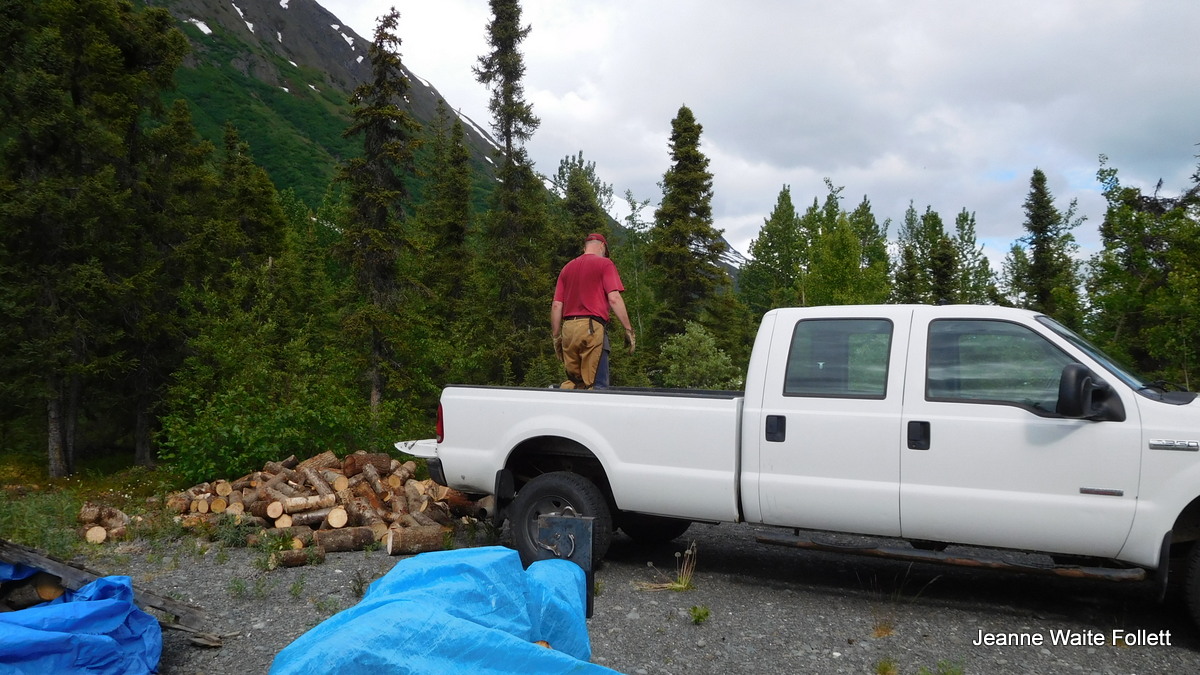 “Those two words are enough,” he said.   “But I’ll tell you what.  You pick up the highway litter than I don’t and we’ll call it even.”

“Let me know when you want another load of wood,” he said, giving me his phone number.

I wonder if Steve always helps ditzy old women, but I’m sure glad he helped this one. 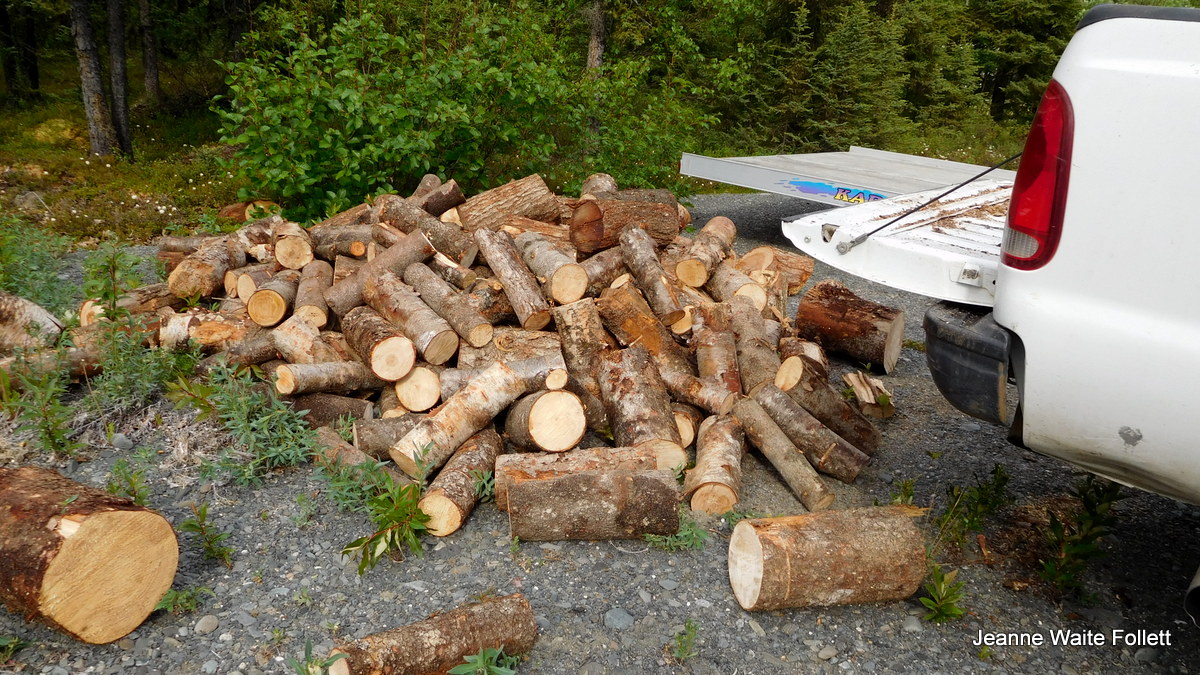 PS:    If there's one thing I'm really, really good at, it's making messes and getting dirty.