I told the body we were going for a nice stroll in Silvertip and all I needed was a little help in picking up some litter.  That was met with silence, which I took as agreement, so I got everything ready to go, and backed the truck out out of the garage.

We weren’t even out of the driveway when the left shoulder cried, “Dibs on the grab stick!”

“When do I get a turn with the grab stick?” screamed the left shoulder.

Then the ankles said, “Are we there yet?”

I swallowed two Aleve and crammed the ear plugs in my ears.

Once at Silvertip, we started walking along Six Mile Creek where the river rafters defy death in Class V rapids.  It’s a beautiful area.  The highway winds around mountains on fairly level terrain. 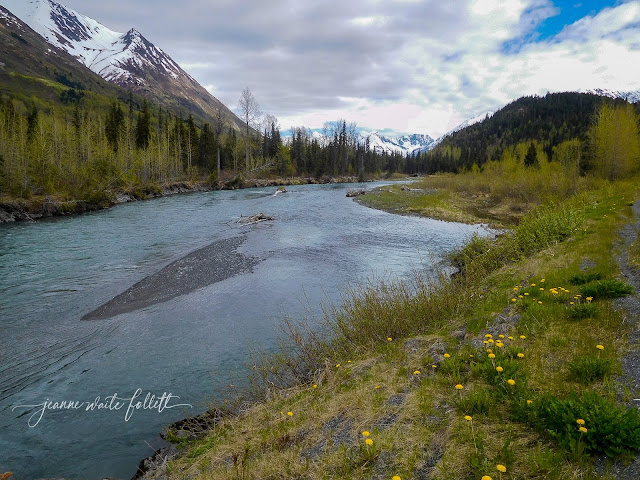 After we’d been walking for a while, the usual suspects started in.
“How come I always have to carry the heavy bag?” sniveled the left shoulder.

The right wrist blames me for giving it carpal tunnel syndrome, and—in truth—it’s right.    So, it was no surprise when the hand started whining about going numb began.

“Are we done yet?” mumbled the ankles.

We weren’t done, not by a long shot.   Behind a guard rail where the bike trail and Six Mile are  adjacent to the highway, we came upon a million little pieces of wrecked car and a semi’s blown tire.  What should have been an easy 15-minute walk or less, turned into more than an hour.   I dreaded going down the other side of the road and finding more of this mess.

I was right to dread the other side.   Pieces of vehicle body part were scattered all over kingdom come.

"Hey, you had a Slim Fast Cappucino Delight already."

"You call whipped cream cheese and ripe olives on one piece of Dave's thin-sliced Powerseed bread a sandwich??"

"Just hang on. There are mandarin oranges in the truck."

“ARE WE DONE YET!!!” demanded the ankles.

The shoulder was in tears and the right hand, being numb, had nothing to say whatsoever.

The bag was heavy.   I needed to drop it.   The left shoulder couldn’t carry it anymore. 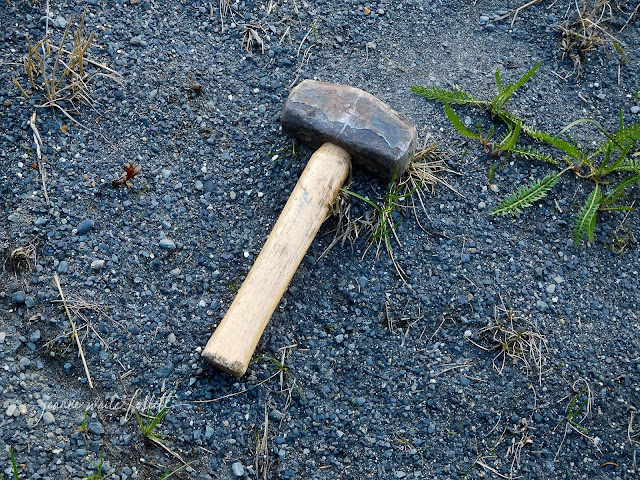 Posted by Gullible at 10:28 PM 3 comments:
Email ThisBlogThis!Share to TwitterShare to FacebookShare to Pinterest
Labels: litter 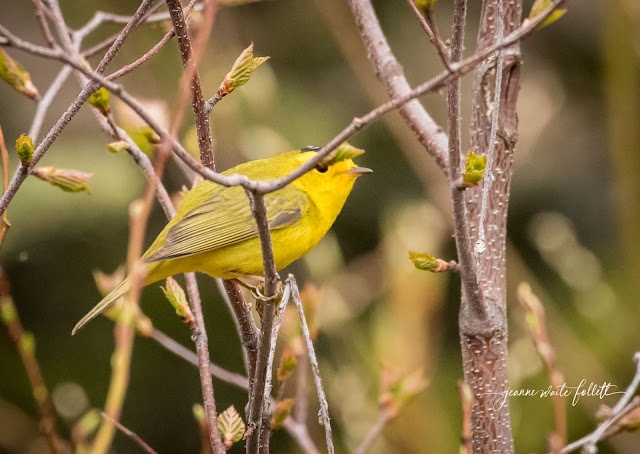 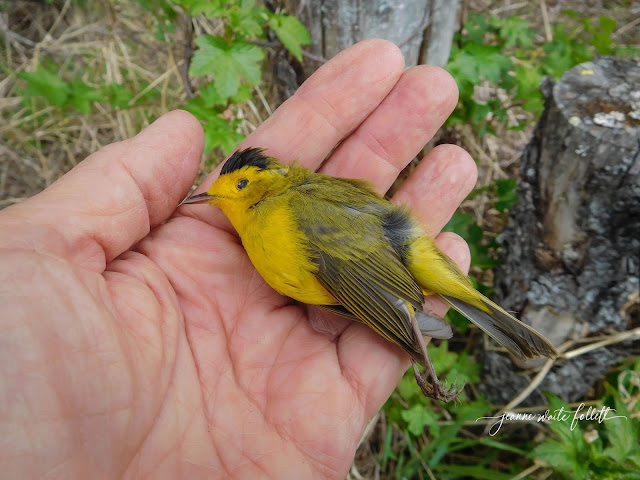 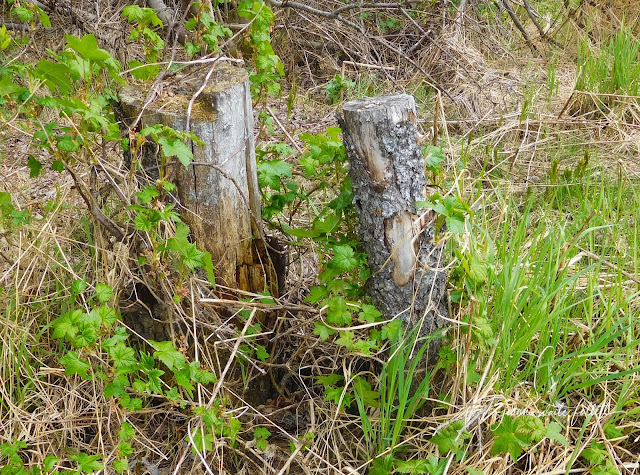 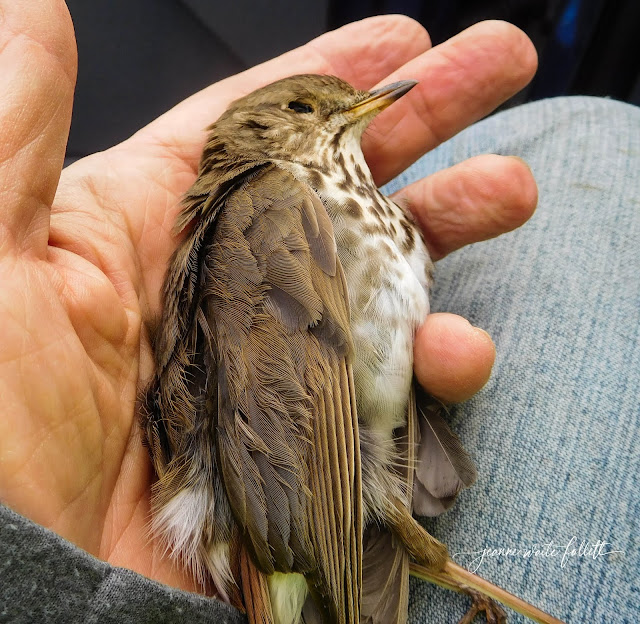 Something a little different:


Posted by Gullible at 11:31 PM 2 comments:
Email ThisBlogThis!Share to TwitterShare to FacebookShare to Pinterest
Labels: waterfowl

Went on a whale-watching cruise Sunday out of Seward, in the hope of seeing gray whales. 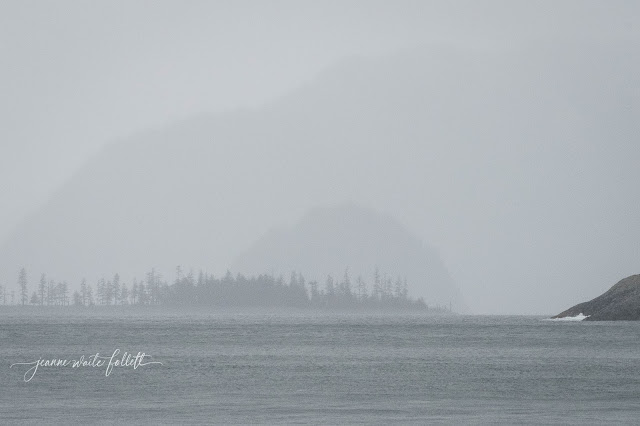 There were a few glances of a young humpback:


The best action was on shore while waiting for the cruise boat to board.   A sub-adult bald eagle was chased by gulls and decided it wanted to land on the same boat mast where another bald eagle was perched.

Either that or it was running to mommy.... 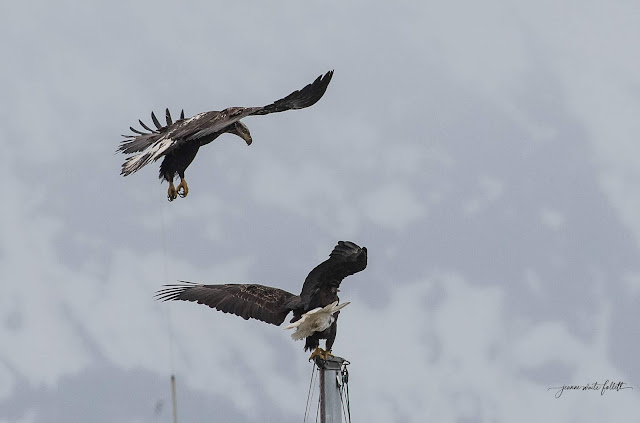 So, there was more action onshore than off this day.


Unless, of course, you enjoy watching rainwater pour off the upper deck of the cruise boat. 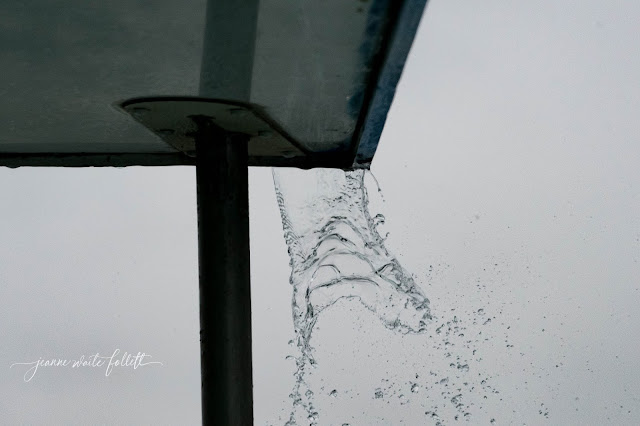