Nap Time is Over 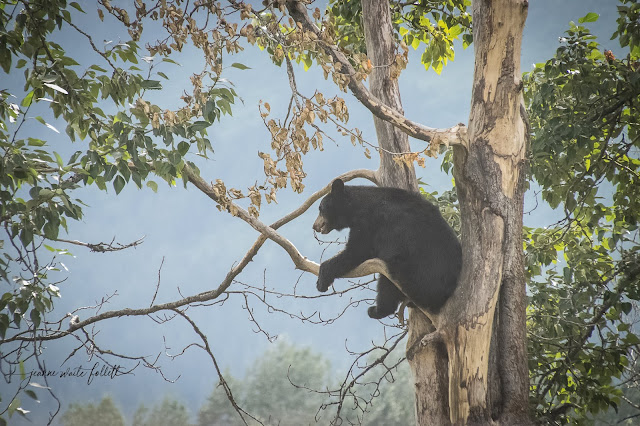 Black bear waking from a nap in a tree.
Posted by Gullible at 9:57 PM 3 comments:
Email ThisBlogThis!Share to TwitterShare to FacebookShare to Pinterest
Labels: bear

Most of my day-to-day photos appear on Facebook, which means that those of you who follow along here at my blog miss them if you don't have Facebook.

So, here are some recent ones that I like: 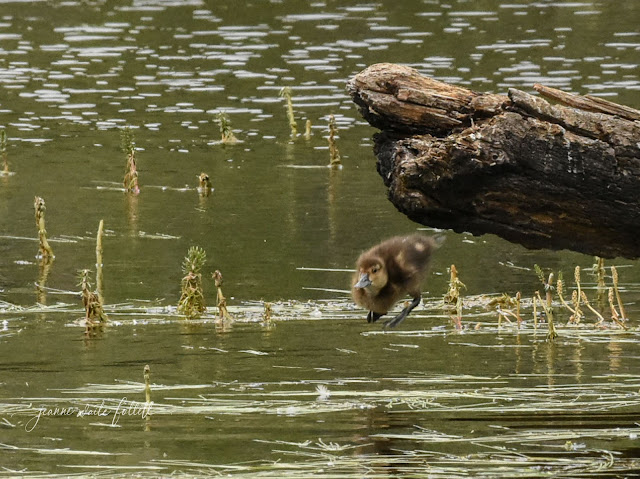 Posted by Gullible at 2:35 PM 4 comments:
Email ThisBlogThis!Share to TwitterShare to FacebookShare to Pinterest
Labels: Photos

STOP! And Enjoy the Fireweed 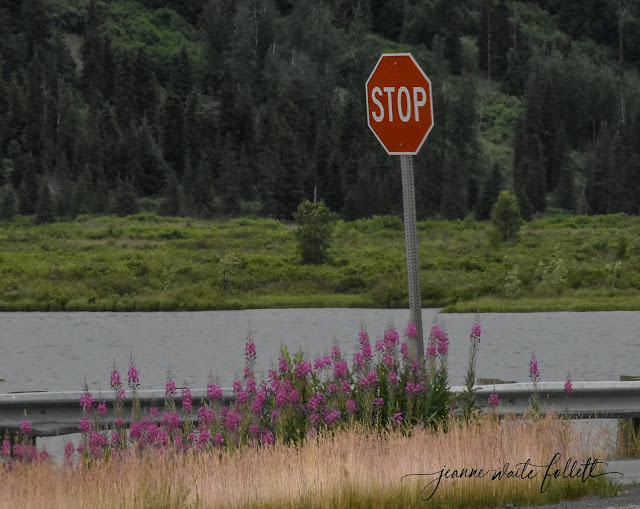 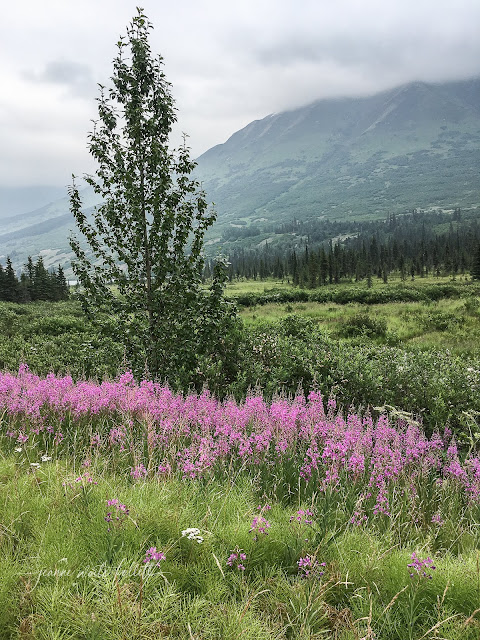 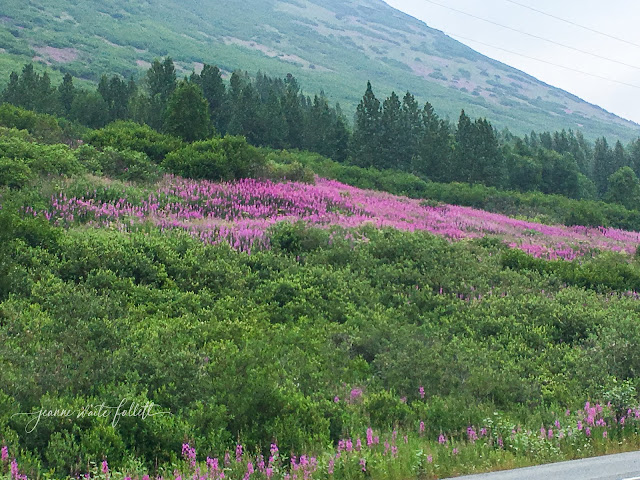 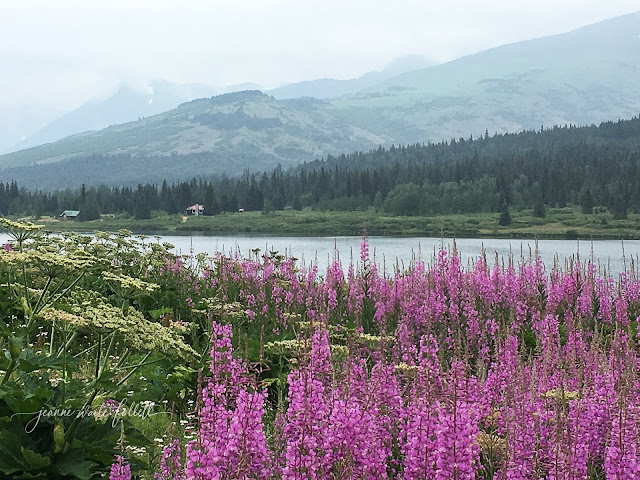 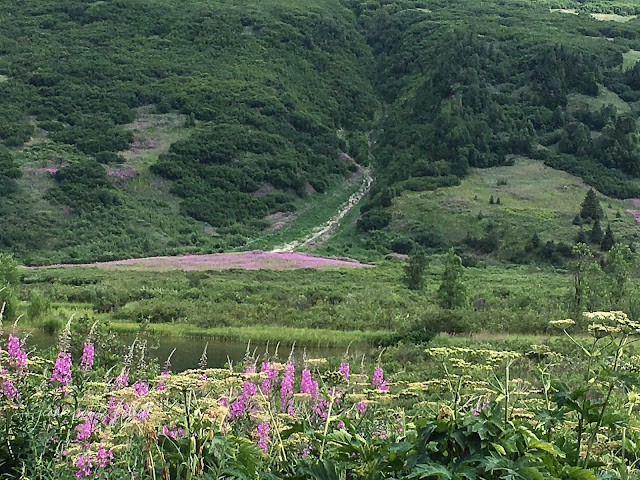 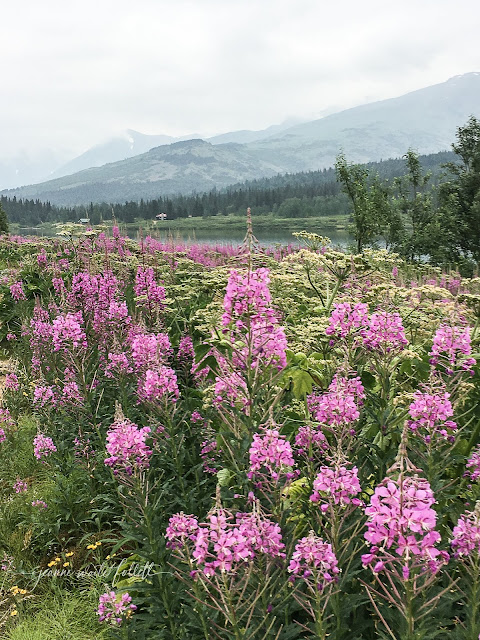 Posted by Gullible at 10:33 PM 3 comments:
Email ThisBlogThis!Share to TwitterShare to FacebookShare to Pinterest
Labels: fireweed 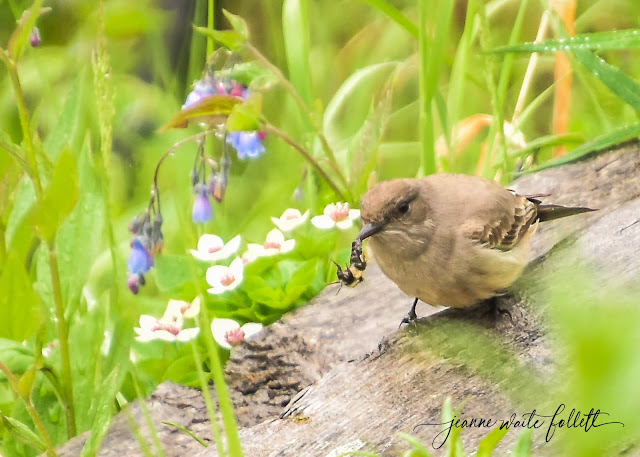 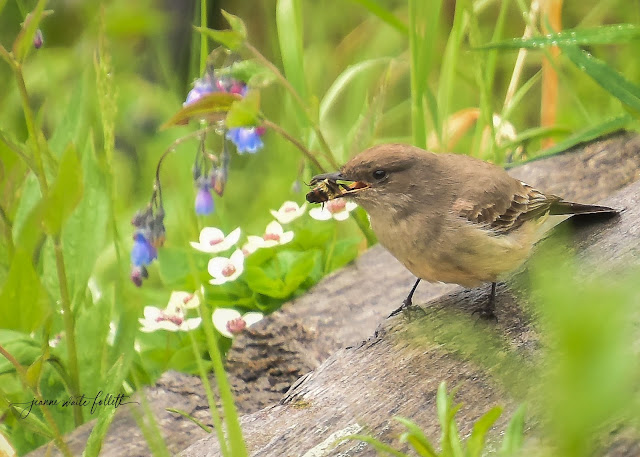 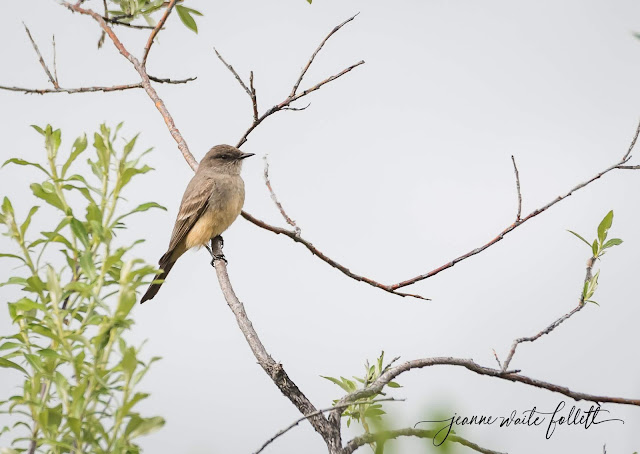 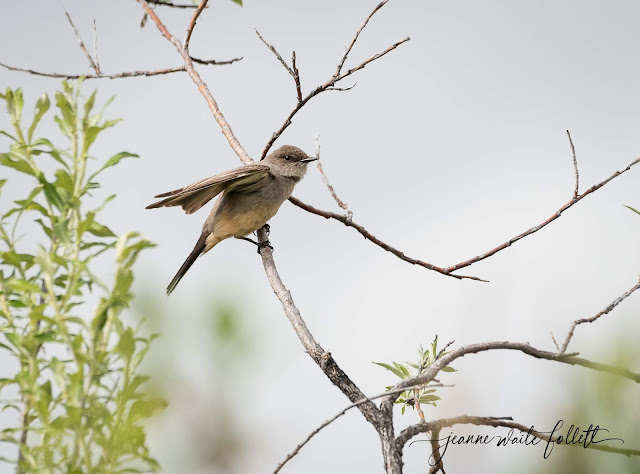 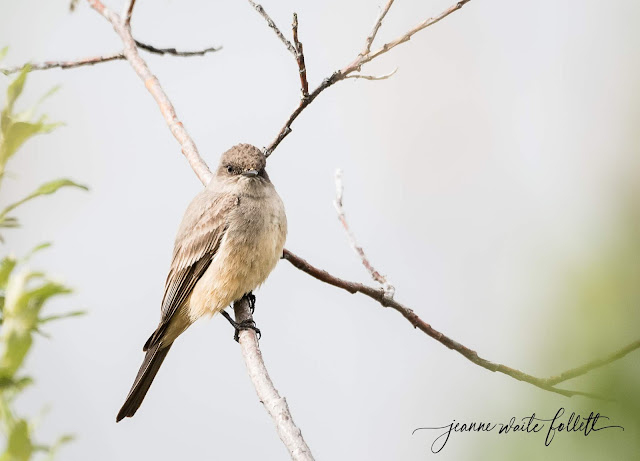 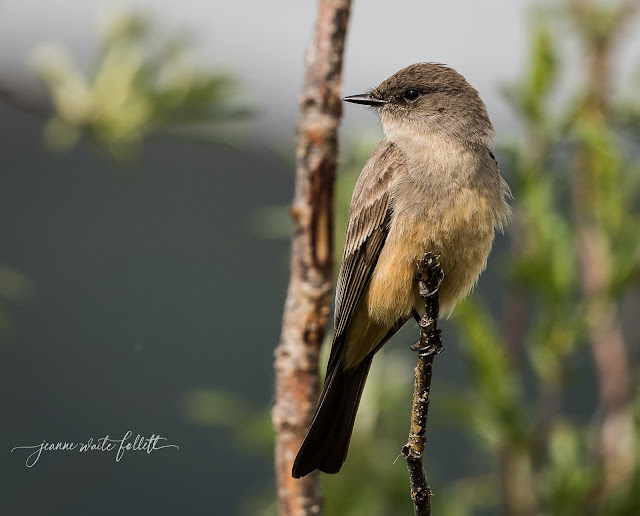 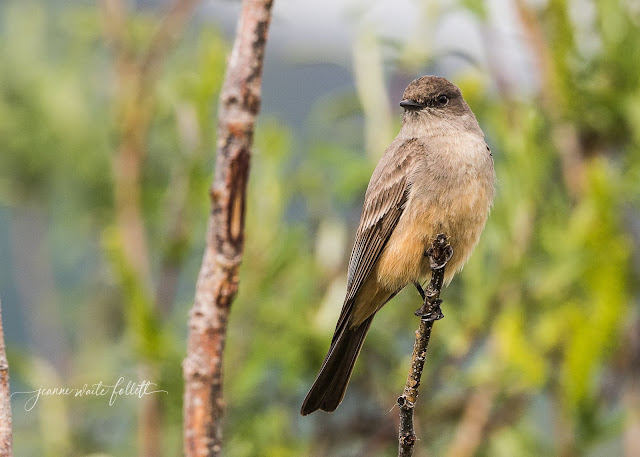 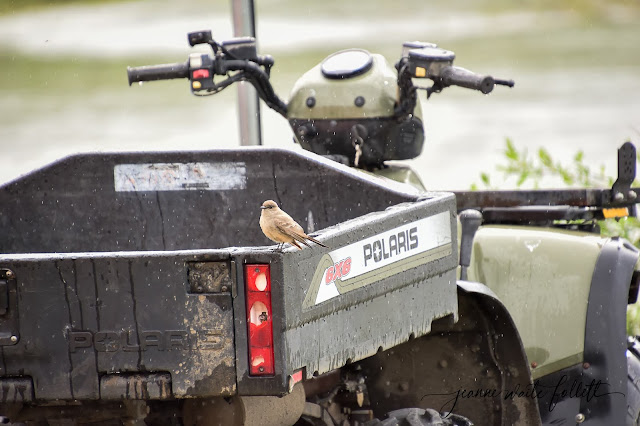 Notes from the Denali Highway: Eagle Eyes and Big Ears


By now it is apparent that I cannot hear the bird calls anywhere close to Leilani’s acute hearing.   Likewise, her long-range vision does not equal mine.

It reminds me of a time almost fifty years ago when I accidentally splashed a cleaning solution with hydrochloric acid in one eye.   After the burn healsed and after the requisite sight test, my doctor asked, “Do you swoop down on mice in the field?”

My vision checked at 20/15 then.   It isn’t that anymore, though, even after cataract surgery on both eyes.

In the next couple days, Leilani directs us to many different species of birds, while I spot three eagles, two ospreys, a merlin, various waterfowl, and some of the smaller birds.   And a grizzly bear.

Thus, we become the birding team of Eagle Eye and Big Ears.   Each with our strength; each with our weakness.  Isn’t that what friends are for?

On our last afternoon, we drive through Tangle Lakes campground and down to the boat launch.   I immediately see Michael lying on the gravel beside the pond.

We walk toward him as he gets up.   If Michael’s here, Jamin is nearby too, as they ride together.  He says Jamin is “over there” shooting a loon.    I look along the shoreline as I head for the concrete launch where I can sit down.

I don’t see Jamin anywhere.   I see a gravel shoreline, a small point of land with rocks, and a weird—looking pink three stump or branch.  I decide he must be around the corner. 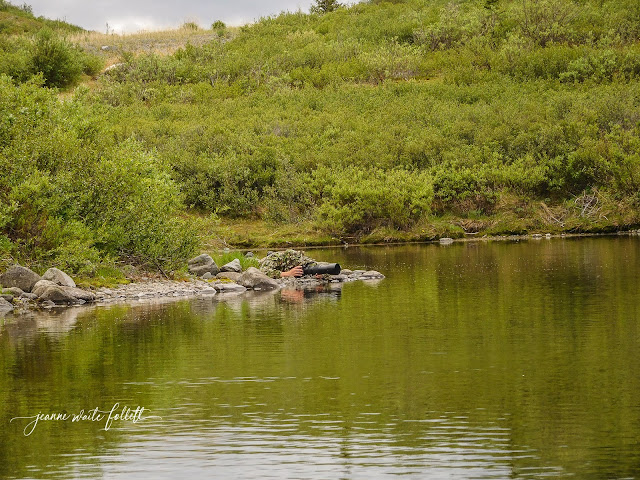 I hurry to the launch where I can put down my camera and put binoculars on that odd stump/branch.
That’s when I realize it isn’t odd, or weird, or even plant material.   It’s Jamin’s hand.

Dressed all in camo and still as the dead, Jamin's cover is perfect.   I'm reminded of a story from earlier this year when someone called the cops about a dead body on the ice.

The body was Jamin in his winter camo, lying still while he waited for a bufflehead to get used to his presence and come closer. 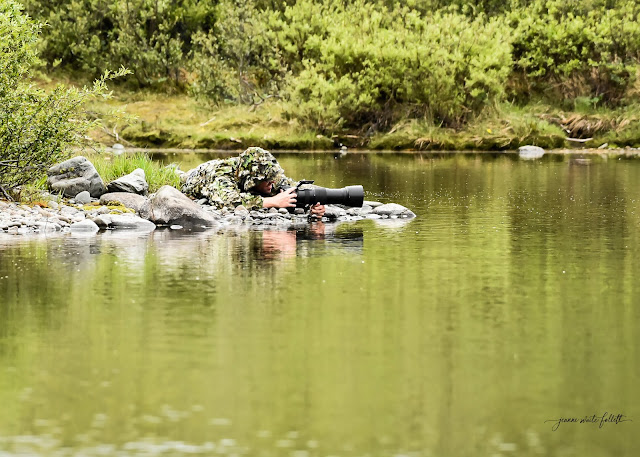 So much for my eagle eyes.