Conversation with a Concerned Eagle 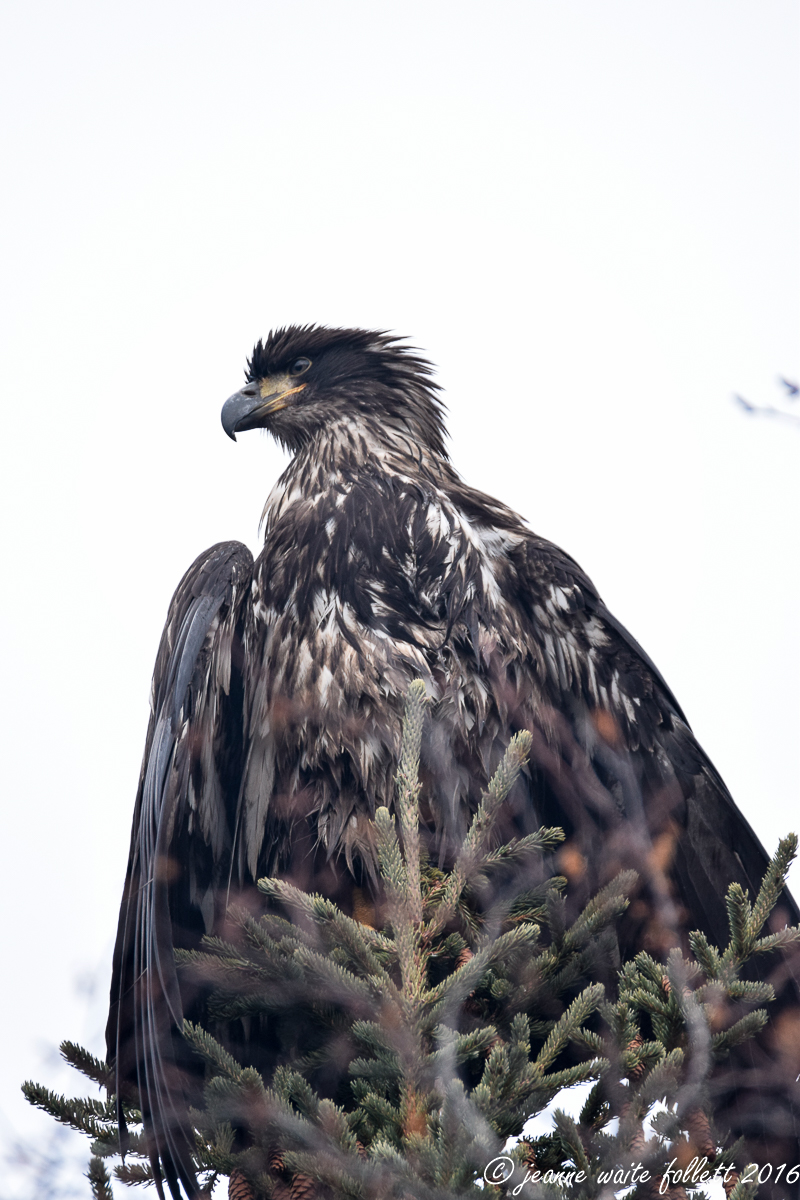 Yeah, I think I understand what you’re feeling.   Someday you’ll be the proud symbol of this country, yet right now you aren’t at all sure you want to be, are you?

I know.   The country seems like it’s gone bonkers, right?

Well, we just had an election to choose who would be the president, our leader.  That’s the human equivalent of Chief Eagle.    A lot of people are upset about it.

Kuk.   (Why?   Isn’t an election the way you’ve always selected the president?)

Yes.  Yes, it is.   The problem is there were two very flawed candidates.   Some people think the winner is morally flawed; others think the losing candidate is ethically flawed.   Those aren’t the only considerations though.   There were many other potential candidates, but they all fell by the wayside until just these two remained.   Left us with some tough choices.   Late in the campaign, we found out that the losing candidate and her political party leaders were colluding to deny a really popular candidate a fair chance at being their party’s selection.   That didn’t sit well with many of us, on both sides. 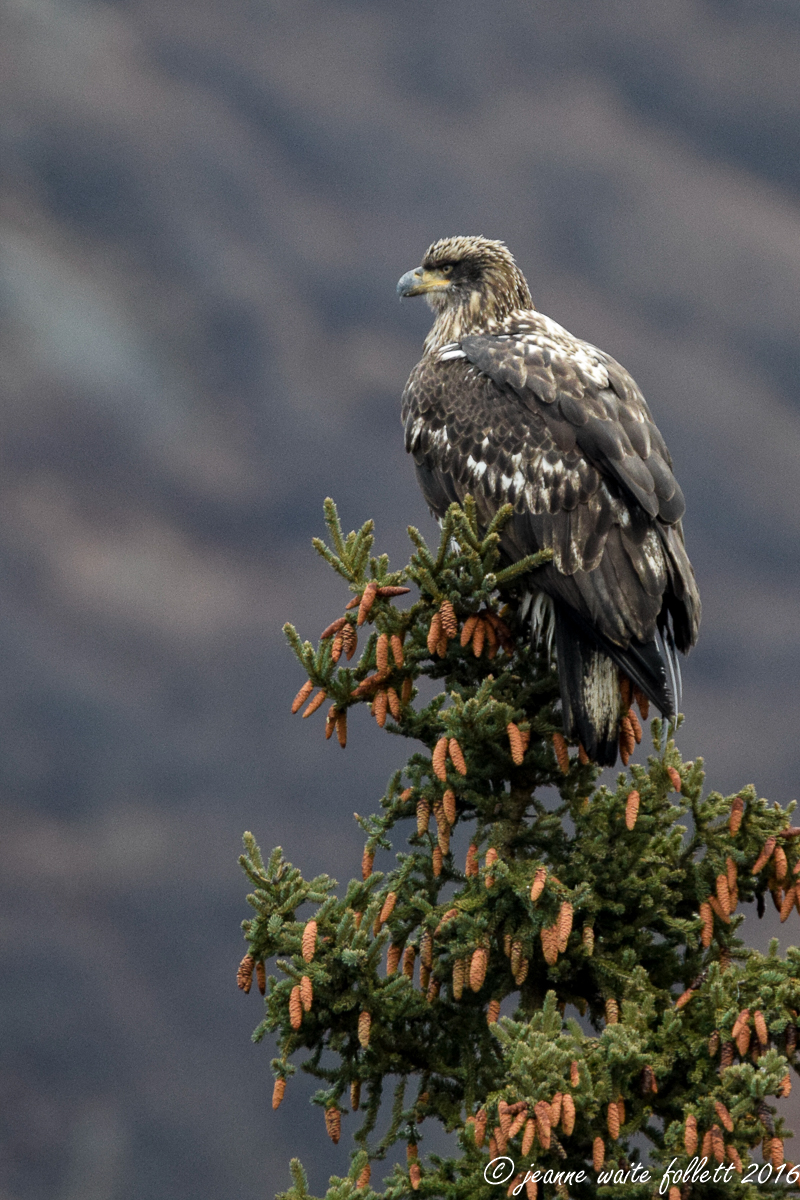 Kuk, chip, kuk.   (But didn’t more people vote for her than the man they declared the winner?  Why isn’t she the winner?)

Well, when those guys in funny clothes and white wigs figured out what this country should look like, they set up what is called the Electoral College.   A lot of folks who supported the losing candidate think it should be done away with.   For a long time, I thought so too.  I thought it was an archaic system necessary two centuries ago in the days of slow communication, but outmoded today.   Then I did some research.

See, the reason this country broke away from Great Britain is that the original colonists felt they were taxed and ruled unfairly because they had no representation in Britain’s Parliament.   When America’s founders wrote our Constitution, it kept that in mind and set up a system where each state is represented by senators and representatives.   Each state has two senators, while the number of representatives is based on each state’s population.

For instance, take Alaska where we are.   We don’t have a large population.   In fact, we’re right down there in the bottom five, so we have two senators and only one representative.   That translates to three members of the Electoral College, thus three electoral votes.

Now, if our president were elected by popular vote, the candidates favored by the main population centers would always win, and the rest of the country could never win, assuming it wanted another candidate.  That’s why things are in such a mess right now.   The losing candidate actually got more than 200,000 votes than the man declared the winner.   It doesn’t make a lot of sense until you look at a map that shows how each section of each state voted.   Then you can understand.

No, no, no.   Okay, maybe some are, but most are genuinely concerned about the winner and believe he is unfit to be our leader.   They’ve called him awful names, as did the winner’s supporters call the losing person awful names.   Anyway, they think he foments racism and Islamophobia and misogyny.    Big words for a young fella, aren’t they? 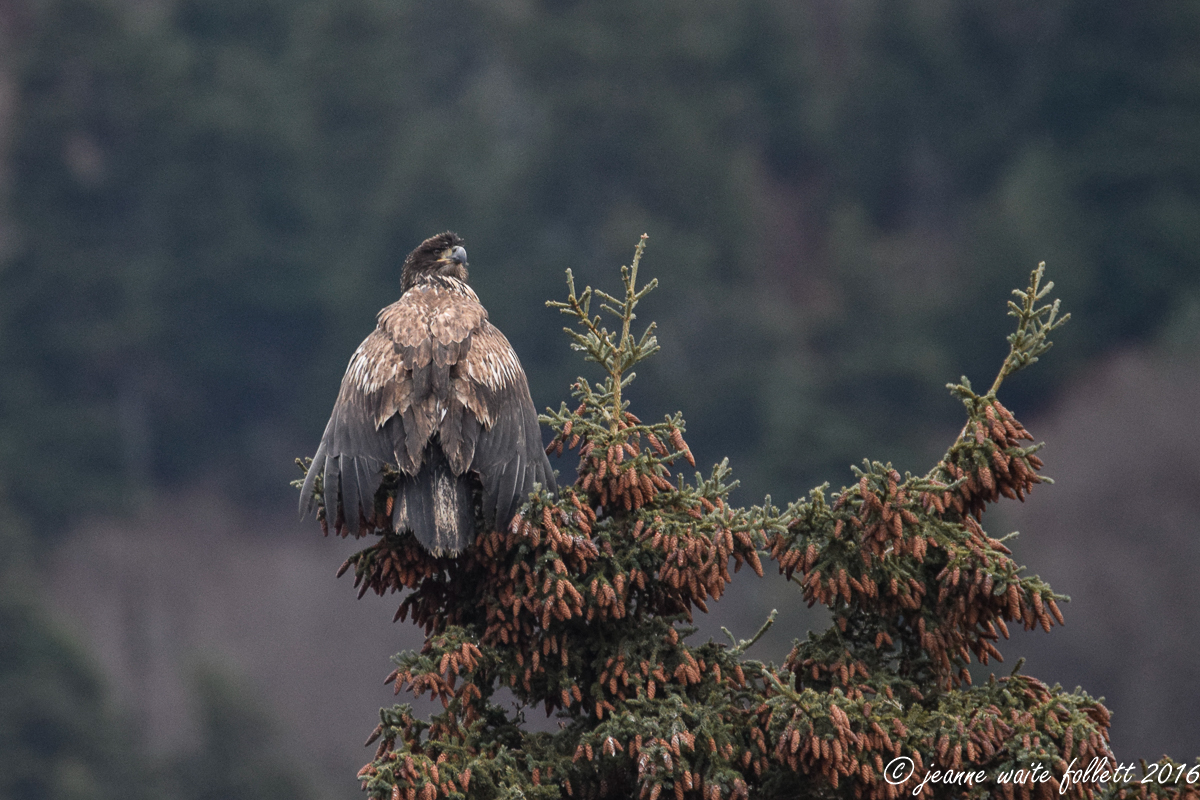 All I can say is that in past elections when “my” candidate wasn’t elected, I accepted it, wished the winner well for the betterment of the country, and moved on.   Four years ago, the “other” candidate was re-elected.   I wasn’t happy because I was really, really concerned about some of his policies and the country’s growing debt.   “He’s not my president,” I said in private to a dear friend.   “Yes, he is,” my very wise friend answered.   “He’s the president of our country and that means he’s the president of all of us, including you.”   I acknowledged her thoughtful counsel and, while I continued to be concerned, I accepted it. 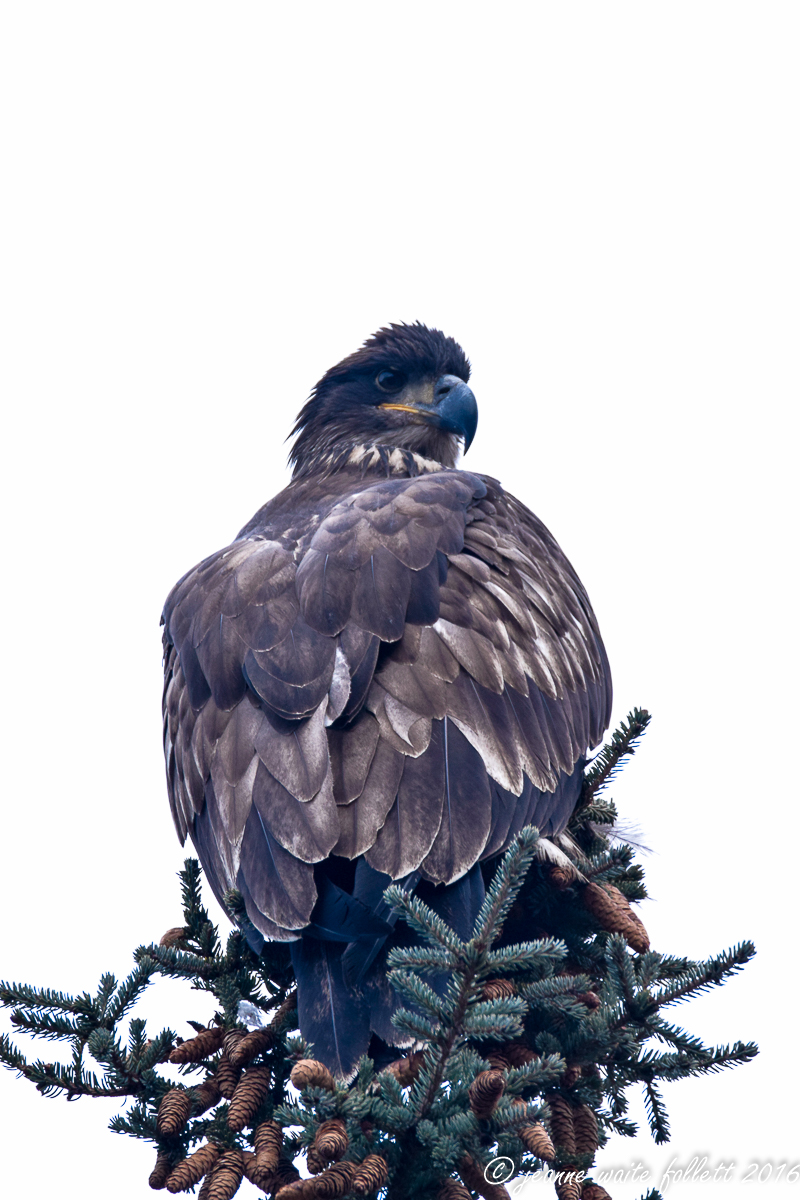 Kiddo, I don’t know all the answers.   I don’t even know if my thoughts are right, or as right as personal opinions can be.   Many folks on the conservative side are unhappy with illegal immigration.   They feel the country is based on laws and those laws should be followed.   People wait in line for years to become legal immigrants and then they learn about our country, learn English, the common language, and take a test to ascertain they understand this country’s basic principles.  Then, they assimilate into communities where they contribute parts of their own culture.   That’s why the country is called the Great Melting Pot.

On the other hand, those folks who sneak in or who overstay their visas, cannot legally get a job and thus contribute taxes to the support of the country.   They and their families (if they have them here) are  overwhelming the social, medical, and educational facilities of many towns and cities.   A lot of people don’t think that’s fair, and a lot of people don’t want those people deported because they fear it will break up families and doom the deportees to awful conditions and perhaps retribution in their home countries.

Somewhere, sometime, somehow, there will be a solution, but right now it’s all wrapped up in politics.

That’s a tough one.   See, long before you were hatched, 3000 people were killed in several attacks in our country by radical fanatics.   They were Muslims who followed an extreme sect of Islam.   I could go on forever about the reasons they felt the need to attack us, but you and I would be long gone before I could even get half way.   Plus, I don’t even know all the reasons.

Now, wars in the Middle East have caused millions of people to leave their homelands for refuge and perhaps a better life.   Many countries are taking in those refuges, and therein lies the problem.

Many feel it is dangerous to our safety to bring in people who are of the same culture as those who attacked.   Many are afraid of what are called home-grown terrorists.    They feel threatened by these people whose religion is their culture, who tend to settle among their own kind, and who, because of their beliefs, don’t assimilate into our culture.   Remember that Melting Pot thing?

These things will go two ways, good or bad, and the bad will be very bad.  European countries and Great Britain took in a lot of these refugees and there have been some very bad incidents.

As for the good, well, we have already seen some of the youngsters of Muslim families taking on Western ways, much to the dismay of many of their parents.   I’m afraid the answer lies in generational changes, much as the current acceptance of the LGBT communities have taken a couple generations. 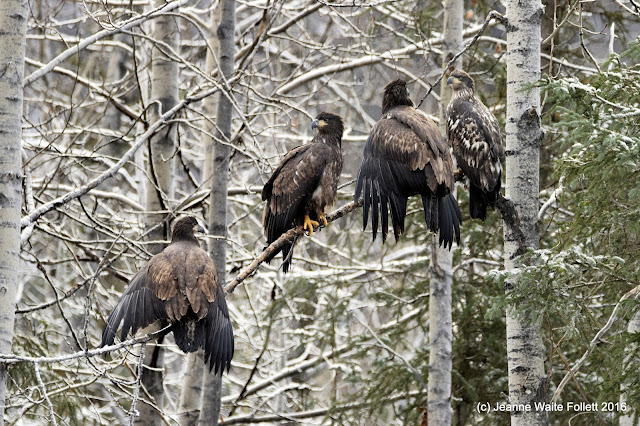 Someday, youngster, you’ll molt those brown feathers and grow new white ones on your head and tail. 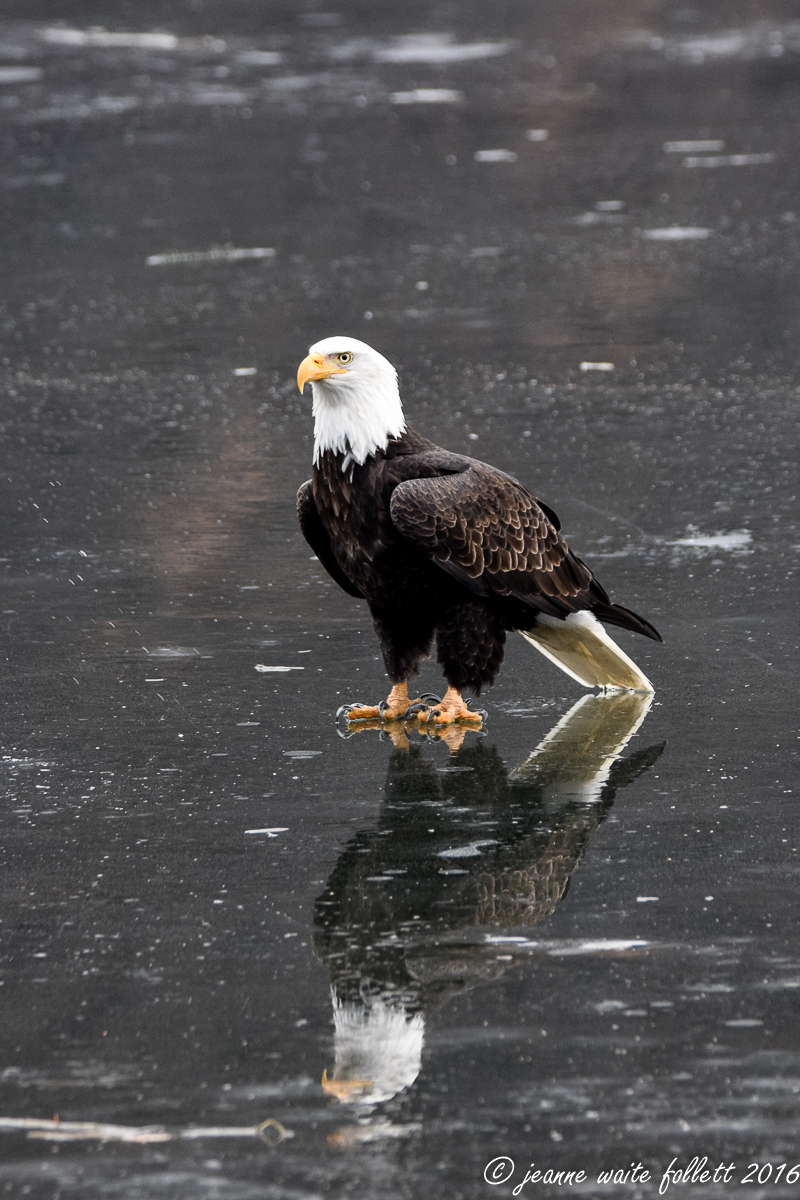 No, no.  Molting doesn’t hurt.   Sometimes those new feathers will itch as they grow out, but you get used to it.  You know that.   Trust me, it’s a whole lot easier on you than on people who must adapt to extreme changes in their lives.   That’s concerning.    I feel like for the next four years, I’ll be waiting for the other shoe to drop.

Listen, kid, I’ll tell you one thing I’m absolutely certain is the truth.   Americans are, as a whole, a strong and generous people.  They are also independent and believe in self-reliance and self-responsibility.   Many feel those virtues are slipping away and that concerns them.

There’s another thing, and, boy, am I on dangerous ground here.   People of faith think they are being marginalized.   They think they’re being ridiculed and forced to keep their faith to themselves.   Then they see the contradictions.   They see those not of faith celebrating Christmas, one of Christianity’s most sacred days.   In many places, saying “Merry Christmas” is forbidden, yet the very people who disallow it put up Christmas decorations and exchange gifts.

Yes, it’s confusing.   What I think has happened it that those who are not of faith are celebrating that holiday in a secular way and that the decorations and gift exchanges are celebrating love and generosity and “Peace on earth, goodwill towards man.”   It’s a puzzle, I know, especially when you see followers of Islam allowed to practice their faith in this country without comment from those who would criticize others for saying, “Merry Christmas.” 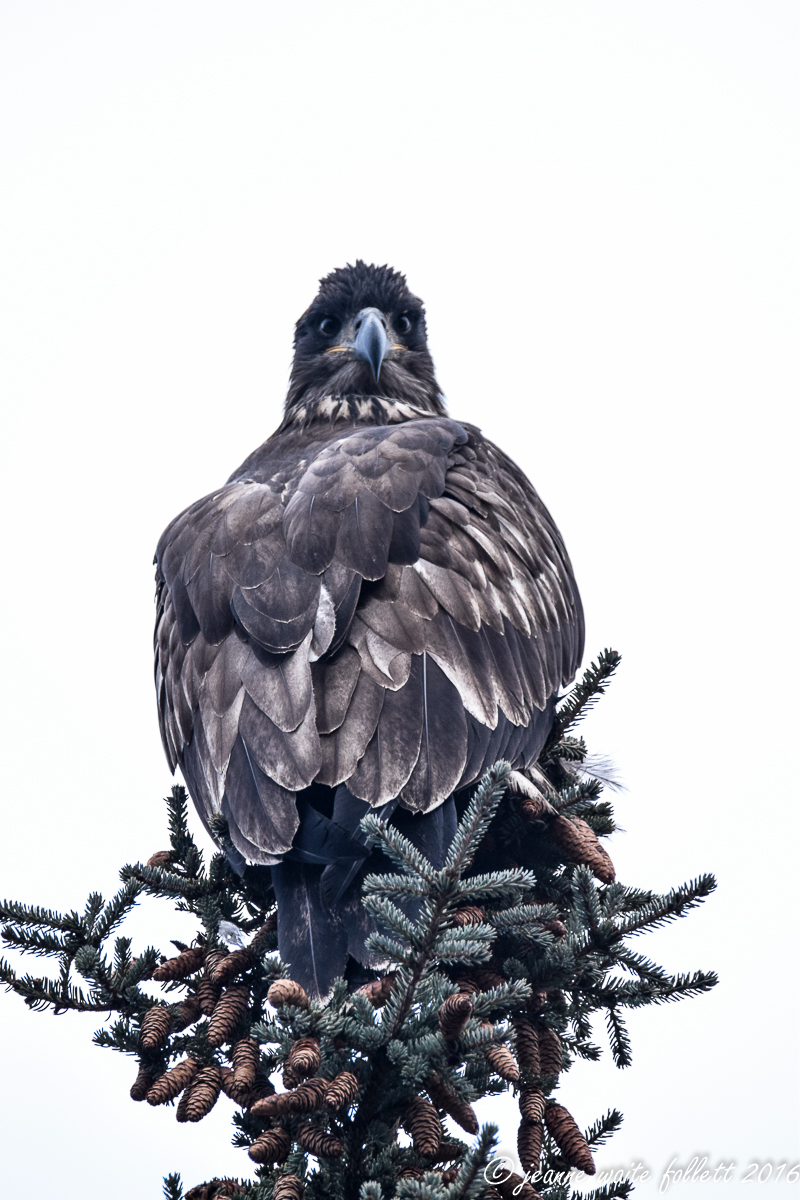 One thing’s for sure, young fella.    The Republic will endure.   The Constitution guarantees it.   It will come out of this election battered and in need of a bath, to be sure.

What’s important is to see if we can understand why half the country felt so angered and disenfranchised, so unheard and unrepresented, that it demanded change and supported a flawed outsider to lead that change.

Ha!   I know it wasn’t you.   Eagles don’t make that sound.  See, people have the ability to put words in other people’s mouths, as it’s called.    Social media is fraught with lies and scandalous allegations, all designed to spread untruths about others.  As a result, a lot of folks believe those things and get  really upset.  I don’t know if they’re true or not.

In your case, they put the screech of a red-tailed hawk in your mouth. 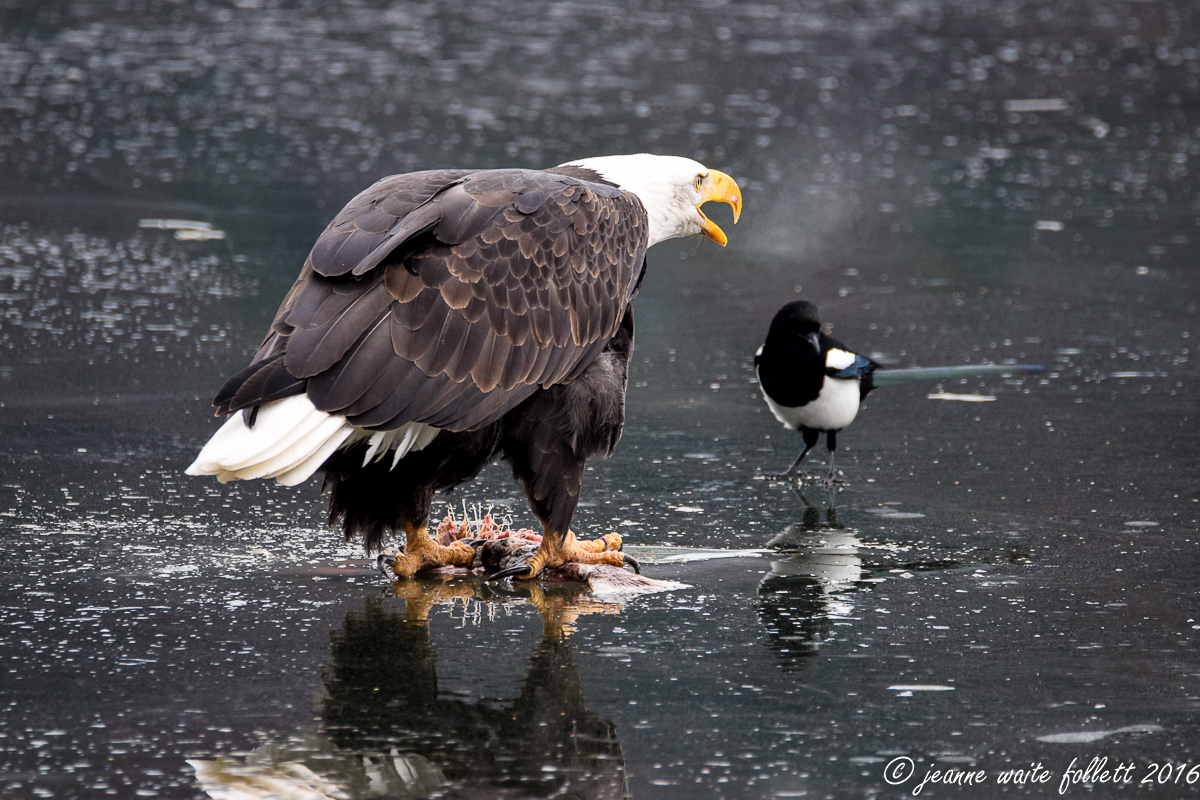 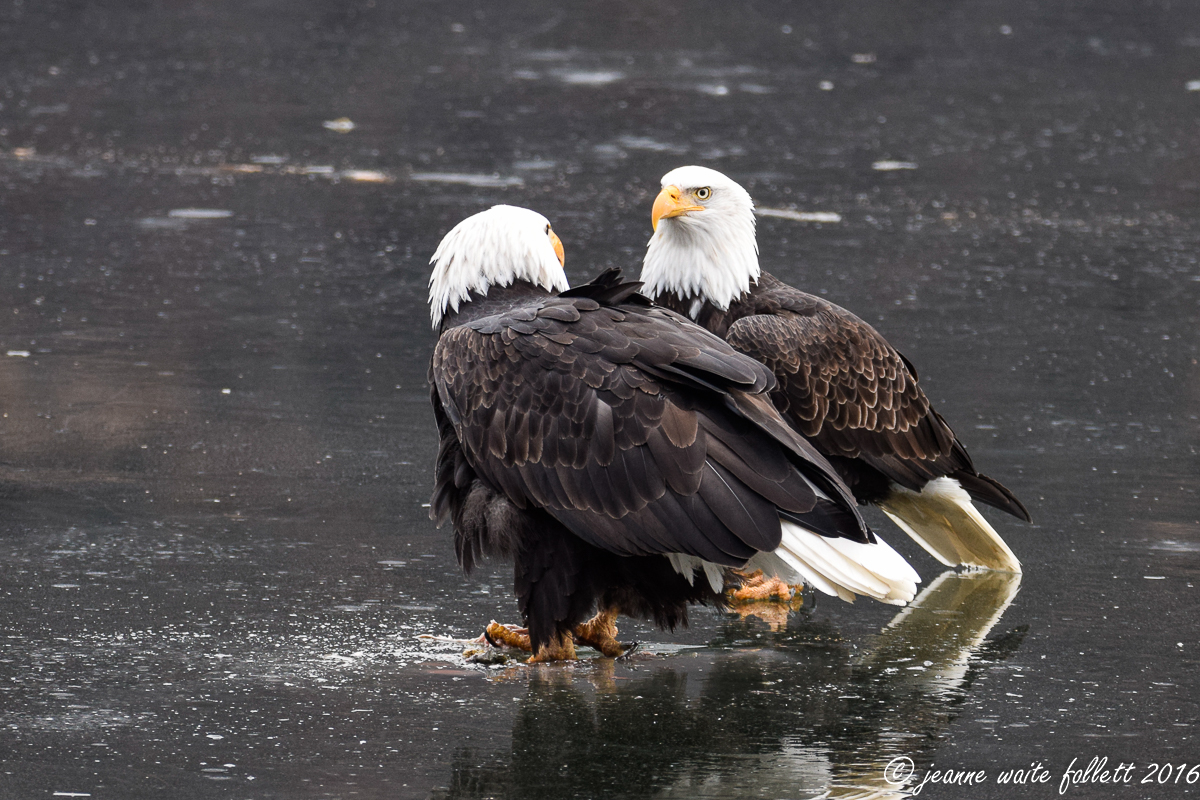 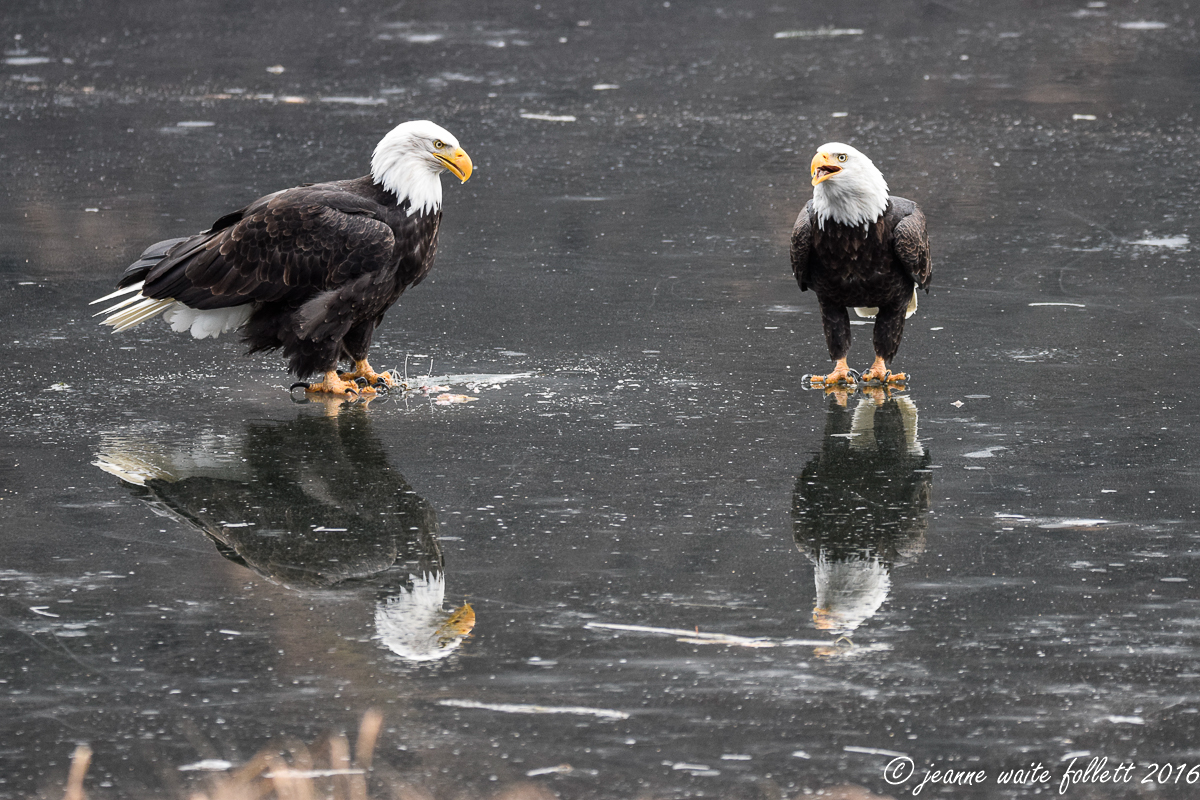