I was at Tern Lake a couple nights ago to watch a couple swans that are in a small pond across from the lake.    I arrived too late to get a good vantage point, i.e., with the sun shining on the birds, or what I call up-light.

There were a couple other vehicles stopped along the narrow road and the only place I could get close was to pull past them, which meant the birds were backlit to me, with the swans between me and the sun.   Parking a distance and walking back was not an option I considered, because the swans are okay with a vehicle but not so much with people on foot.

I figured, what the heck, I have plenty of swan photos.   Nonetheless, I picked up the camera and pointed the lens out the window.   I adjusted the exposure compensation down a couple steps, in an effort to not blow out the white feathers.

Noticing the swans were essentially backlit, I snapped a couple shots and checked my exposure. 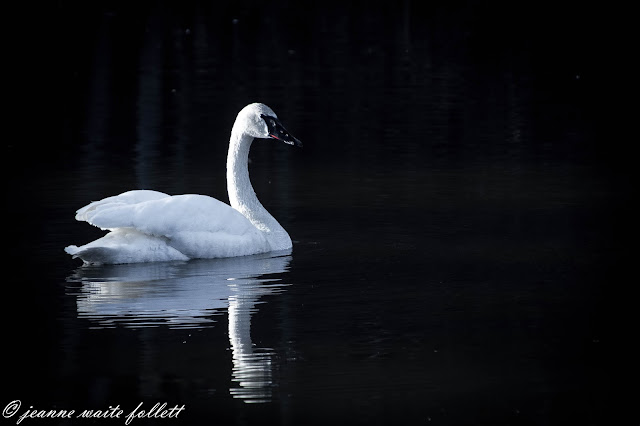 Whatever I did--and I'm not taking much credit for it--magic happened.    The water was transformed from a murky green to black and the pure white swans on black was dramatic!

I then snapped off a bunch of photos of these beautiful birds, taking advantage of the last light before the sun fell behind a ridge. 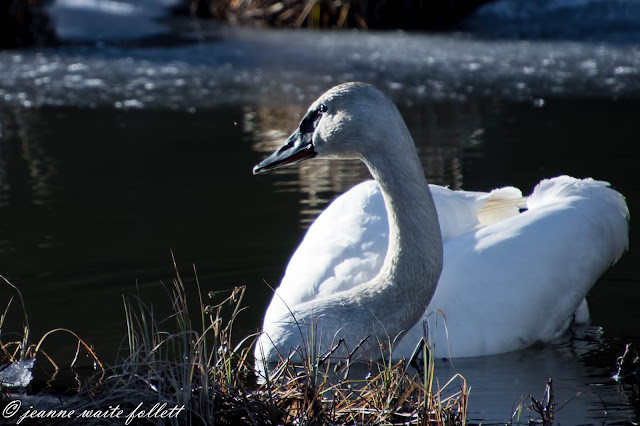 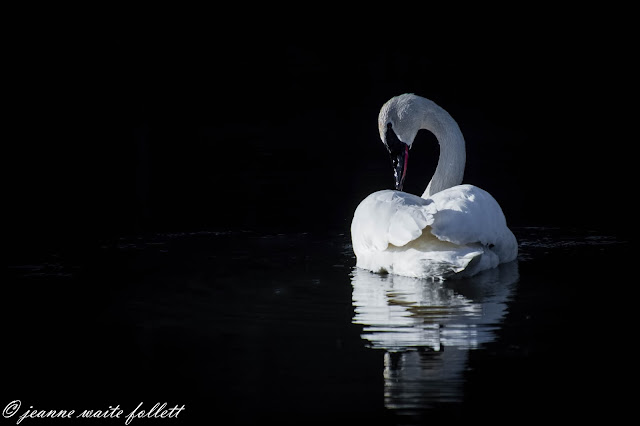 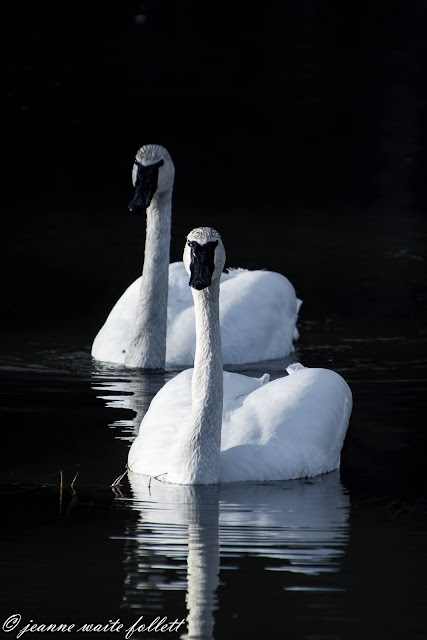 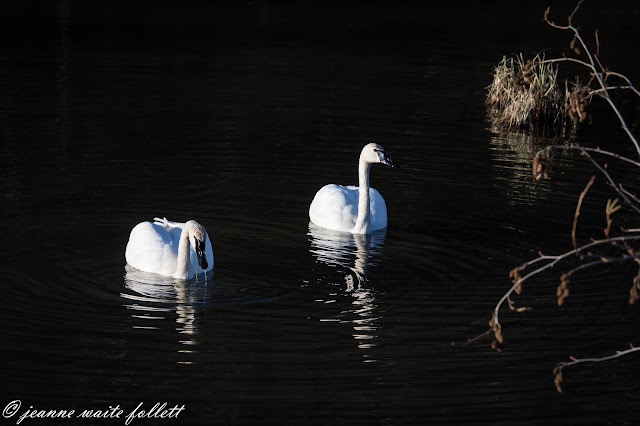 Even a female mallard got in the photos.   The mallards are opportunistic feeders, hanging around the swans and scooping up whatever vegetation the swans miss after they rake it up from the bottom of the pond.


So, I learned a great lesson.   Sometimes it's best if you don't get what you think you want.    I've applied that to other factors in my life, but never before to photography.  That night I wanted to be in a certain position and couldn't.   If I had, my photos would have been  ordinary swan photos.

Instead, I got drama! 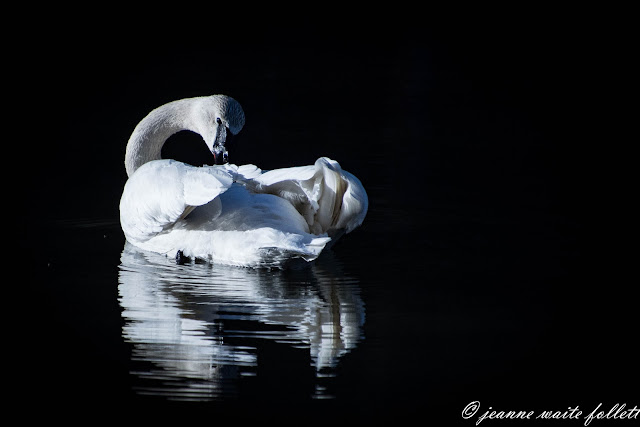