As the Days Pass

What am I doing these early days of September?

The same thing I've  done every year from spring until snowfall for the last 16 summers.   I clean up after inconsiderate jerks who throw litter all over the forty plus miles of highway that I cover.

This below photos show a pile of litter I collected during ten days along a five mile stretch of highway that I had previously cleaned up last mid-June.   Much of this is intention litter, but much as also unintentional, such as the exploded tires, coolers, pieces of vehicle bodies, etc. 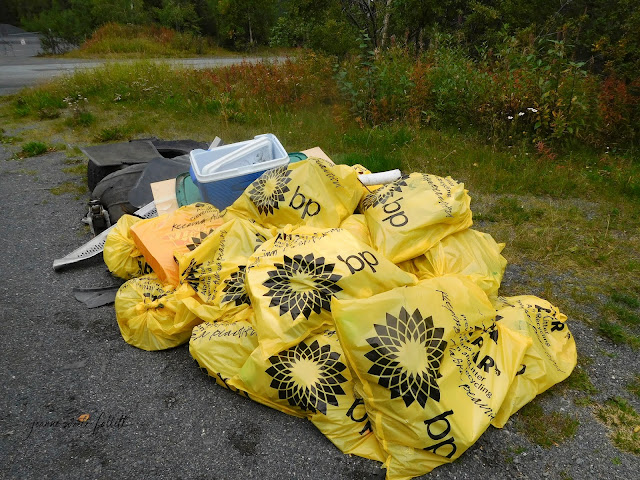 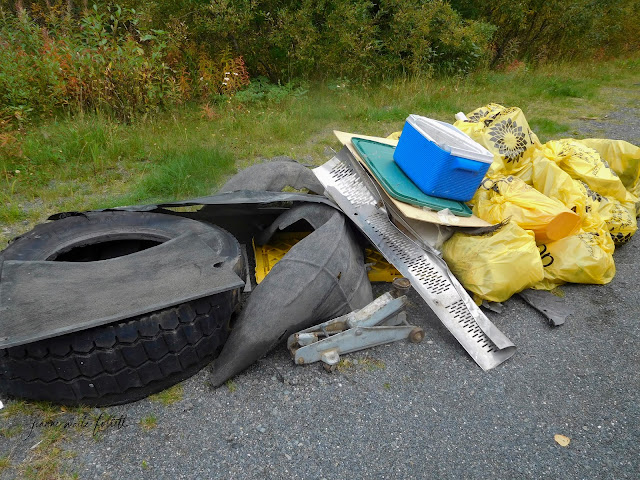 I added five more bags to the pile today.

I also watch the waterfowl on Tern Lake and if the weather is nice and the lake is calm, I kayak out to take photos.

But, most days I watch from the shore.   I think a lot of the migrating bird have left.   The resident swans are still here, though.   They will remain until all the lake freezes over then fly to a nearby open water source. 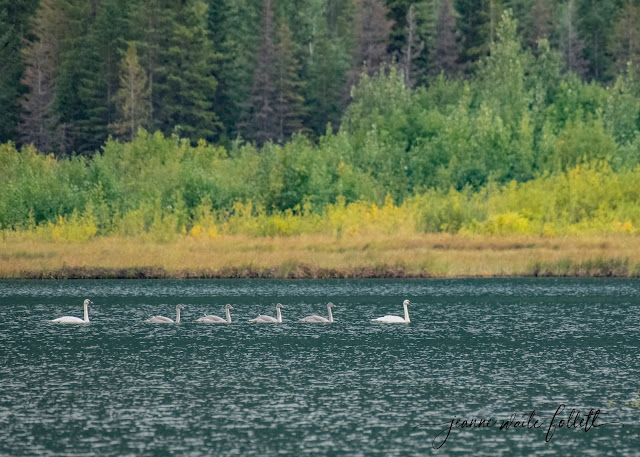 If we have a thaw during winter, I frequently see them return to Tern Lake and stay for as long as weather permits. 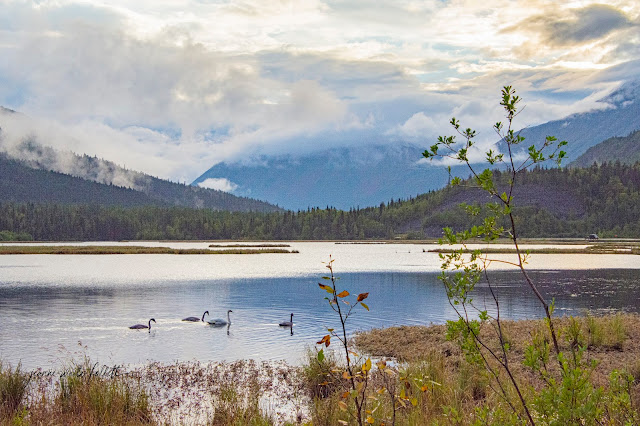