Chores and Other Stuff

This was my chore for today: 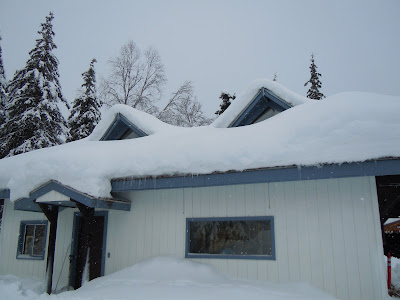 This is another building on my property. 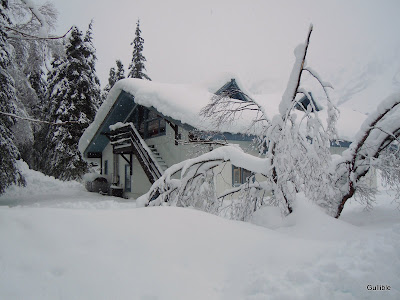 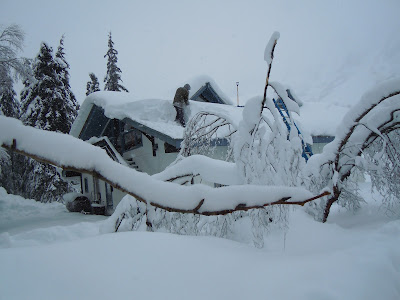 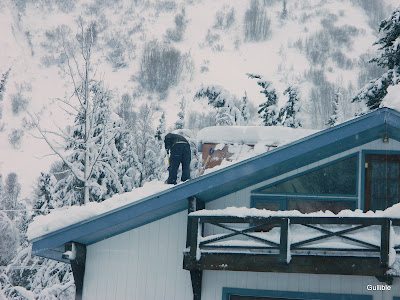 My neighbor Rose brought me a present today:

Sorry, I ate the cookies before I thought to take a photo of them.  The bird, however... This is/was a snow bunting.  Unfortunately a window was between it and its intended destination.  I show it here because it's the first snow bunting I've ever seen.  They are beautiful!

For a live bird, the woodpecker was back at the suet block in my bird feeder. 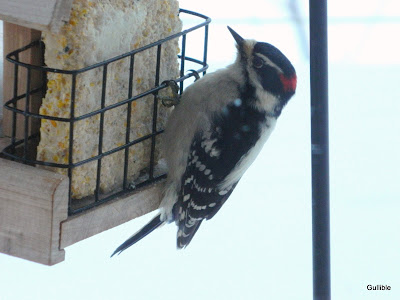 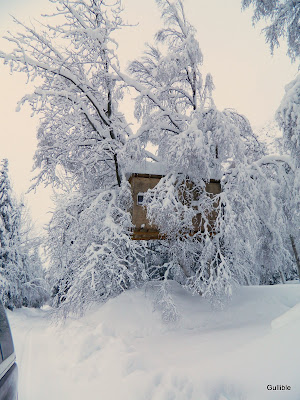 As for more stuff:
1.  I've lost track of how many power outages we've had in the last four days.  I think it's about seven.  Some people in Moose Pass proper were out of electricity for two days.
2.  Another blizzard plastered us with somewhere near a foot and a half of wet snow.
3.  My phone was dead for more than 24 hours because the line sagged so low over the highway a passing truck snagged it and ripped it in half.  For the umpteenth time.
4.  Our local little school bus, the one that carries 15 kids and covers about 14 miles, has had a broken heater for more than three weeks.  That's three weeks of kids riding 20 minutes to school in 25 below zero temperatures.  In all that time, only one kid said, "Miss Judy (the driver)?  When are you going to turn on the heat."  The rest of them took it in stride.

Which reminds me.  About taking things in stride?  Fairbanks had a bit of a cold snap recently.  I think it was something like six weeks and the temperature never went above zero.  Most of the time it was closer to 50 below.  It's a point of pride with Fairbanksians: 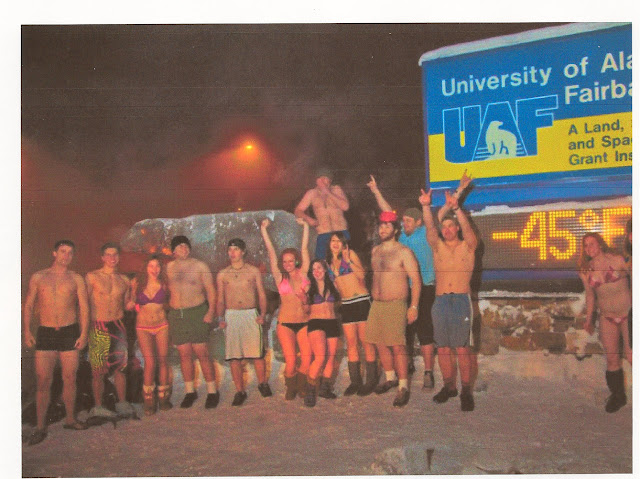 College kids, right?  I had to look at this for a bit before I realized why they were all dressed in swim suits.  Perhaps this is why Costco was selling swim suits in November.
Good for them.
Well, dog mushers getting ready for the brutal Yukon Quest race that runs from Fairbanks to the historic gold rush town of Dawson City have been having a wee bit of a problem getting their dogs to the veterinarian check up because their trucks won't start in 50 below temps.
Gotta go.  Need to rest up so I can watch Paul finish my chores tomorrow.
Posted by Gullible at 12:26 AM