After Dave finished installing cedar shakes on one gable end of my house (see House Work, Part One), we took down the two decks of scaffolding and moved them to the front deck for Part Two of my project.  This was my job;  Dave left for other commitments. 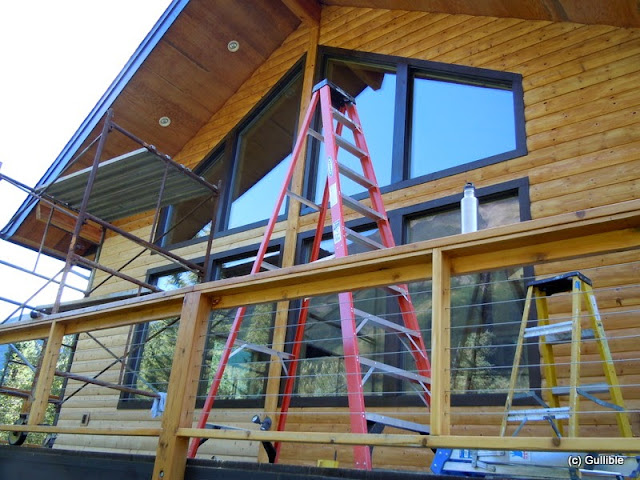 I'd already started on part of this job, sanding all the old Behr Rawhide finish of the log siding.   It's a horrid task.   Sawdust and fine chips of finish fly everywhere, including in my eyes, nose, and ears.  I tried various ways of protecting myself, but all the dust marks, full face masks, bandana robber marks, etc., made my glasses fog up.

This side of the house faces north and doesn't catch much weather, so the Rawhide was thick and difficult to remove.   I had to use 36 grit sanding disks, as opposed to the 50 and 60 grit I used on other walls. 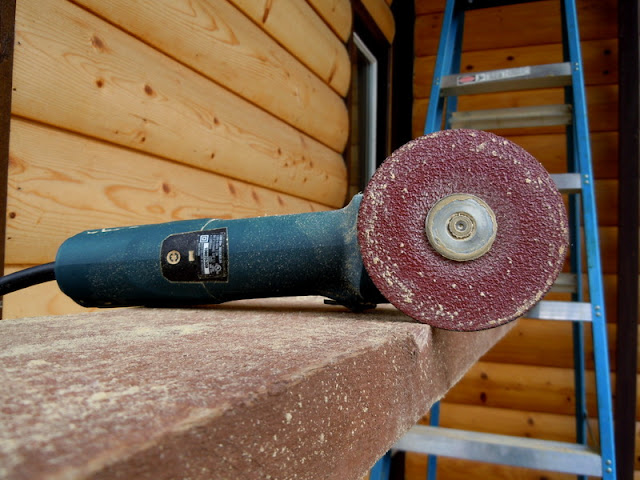 Why did I have to do it?   Two reasons:   a)  the siding under the Rawhide had bleached almost white, and, b)  to match the rest of the house.   Of course, the old finish and its replacement were different tints.


This time I couldn't avoid reaching 22 feet up, unlike the rear gable where the cedar shakes made a nice improvement.   The scaffolding helped, especially after I put an eight foot stepladder on top of it.  The fun part (not!) was setting up and taking down the stepladder as I moved the scaffolding across the deck where the eaves were lower.   I managed to not drop the ladder through the windows as well as keeping me from falling off the scaffolding. 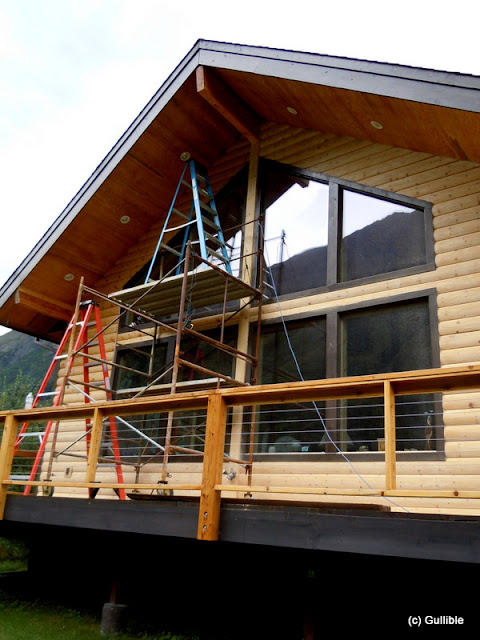 Finally, finally, the awful part was done.   The I brushed off the sawdust with a hand brush, cleaned up the sawdust all over the place, and finally, used a compressor to blast the logs and deck with air.

Three coats of Behr Log House finish Clear No 15, and I was done with this project!  Well, after I cleaned the windows.   All four sides of the house have been sanded and refinished.   Now, to caulk all the seams.   Not looking forward to that either.


And, now for the finished job: 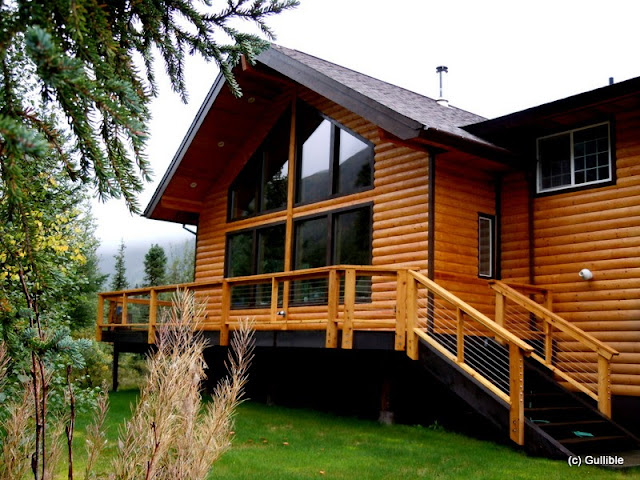