This wasn't the last time I saw Juliet the Swan, afloat in a small patch of open water on a freezing night a couple years ago, illuminated by moonlight.   That night, Tern Lake froze over completely. 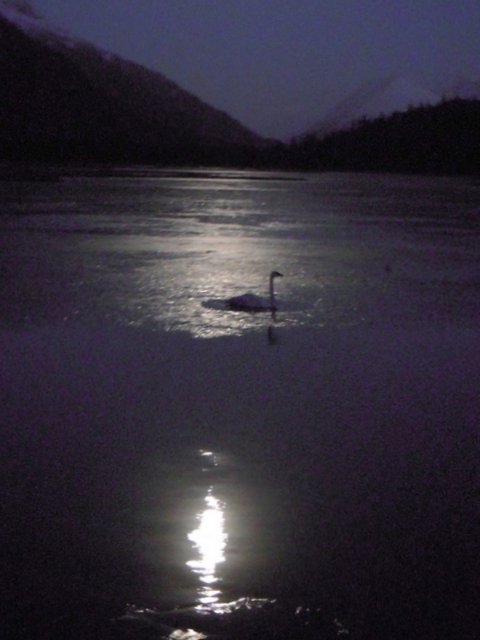 The last time I saw her was the morning after I took that photo.   Juliet, her flight muscles injured and atrophied after some lunkhead shot her with an arrow, was flightless.   Her mate Romeo stayed with her as long as he could.   He left with a large number of swans heading south, but came back repeatedly and circled, waiting for his earthbound love to rise from the water.

She tried, but her wing was too weak.


Neighbors were able to catch Juliet after a hearty sprint across the frozen lake and hold her until rescue personnel from the Alaska Sealife Center in Seward arrived.   The last time I saw Juliet, she was bundled up in a sack, calm and resigned.   She'd been caught by the rescue folks earlier that summer and the arrow removed.   We all hoped for the best.

When they returned her to Tern Lake, Romeo rushed to her side and the two remained at the lake  until that cold day in November when Romeo could no longer fight his instincts to migrate south.

Every spring and every fall since then, a solitary swan returns to the lake and lingers.   Other swans come and go, but the swan we know as Romeo waits and waits.

This is Romeo in May of this year. 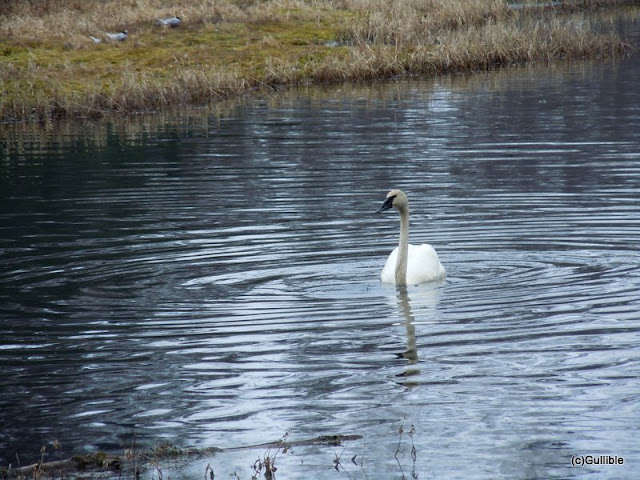 Last week, a solitary swan returned to the lake. 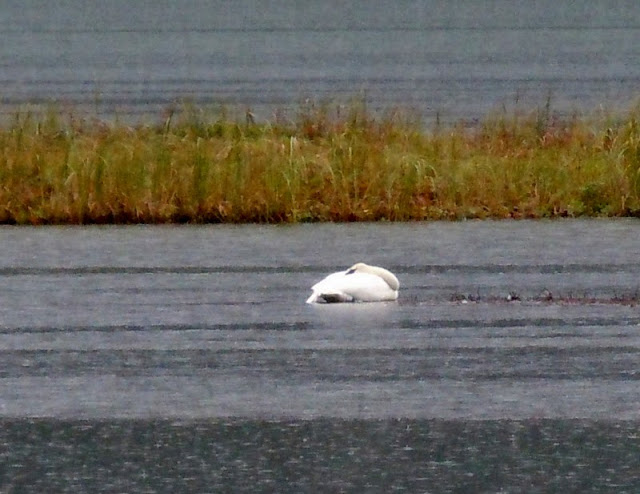 It's a little early for a migrating swan to stop over at Tern Lake, yet there he is, napping in a chilly rain while he waits for his Juliet to join him.   She won't.   She's in a sanctuary for injured swans in Washington state, but she's free to leave whenever she can fly.

In the meantime, those of us who care watch for Romeo every spring and fall.

"Romeo's back," we say.   Nothing else need be said.   To us that solitary swan is an affirmation of loyalty and devotion.

Romeo is back and he will stay until the lake starts to freeze, waiting for Juliet.
Posted by Gullible at 2:34 AM