The Sisterhood of the Maui Splash Meets the Votexes of Sedona


(Funny how as one gets older and slows down, one's recent activities catch up faster.  Two weeks of waiting for my computer to be restored and now I have tendonitis in my right wrist.   So, this long story should be enough to keep you entertained for a while while the wrist heals.   If I let it heal, that is.)

Right off the bat I want to say that what happened in Sedona was neither my idea nor my fault.  I lay that squarely at the feet of the ones to blame—the other two thirds of the Sisterhood of the Maui Splash. 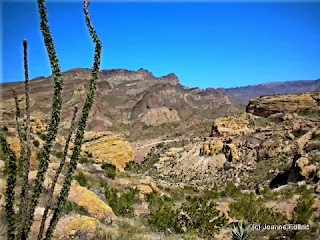 I’m the third third, and all I did was go along, because that’s what we do in the Sisterhood—we have each other’s backs.  All for one and one for all, so to speak, which smacks of plagiarism, but “What the hell?”   I got that from Marilyn Monroe.  She’s credited with saying, “Ever notice that ‘What the Hell’ is always the right decision?”  And I didn’t so much get it directly from her as I got it off the refrigerator magnet that gives her the credit.   I figured that since Marilyn and I have so much in common, she must have made it up just for me.  I mean, we even share the same names.

Marilyn is my middle name, something I tried to keep a secret all my life but now I drag it out and tell everybody to convince them that Marilyn meant for me to own that aphorism.  Okay, you can say that Marilyn wasn’t her real name because it was Norma Jeane.  See there?  Jeanne is my first name, like hers but with an extra “n.”  And she had blue eyes, too, which is right where the similarities stop, except for our over-developed mammary glands, that is..

Anyway, as soon as I saw the magnet in the store in Waikoloa, I knew Marilyn meant it for me.  It’s my favorite refrigerator magnet and it’s right above the one that reads, “I love to cook with wine.  Sometimes I even put it in the food.”  A couple days ago I added another, one I’ll tell you about later, because this story is supposed to be about what happened in Sedona.

The whole idea was Diane’s.  She had her palm read umpteen years ago by a psychic in Sedona, and was pretty impressed, so she talked Barb and me into joining her.  I’m not saying I believe all this stuff, but my mind is open to new experiences.  That openness and Diane are what led me to a psychic reading in Hawaii last year, where I heard some interesting things, so I was willing to go along.  Barb, however, was a different story, and we decided afterwards that what happened in Sedona was all Barb’s fault. 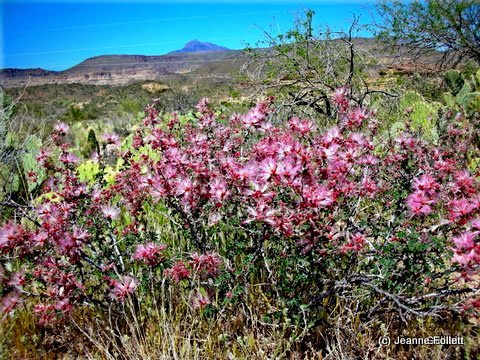 I asked Diane if Sedona was something special in the mystical world.

“Only the center of the vortex!” she exclaimed.  That got me laughing so hard it was almost impossible to get the Coke Zero down the right pipe and not spray it all over the room.  The New Age thinkers in Sedona claim there are four vortexes there, the vortexes being spirals of spiritual energy.  And, they don’t spell it “vortices.”  In case you didn’t know, we have the New Age thinkers to thank for saving the world back in 1987.  It seems that Jose Arguelles was privately privy to some information about the earth slipping out of its “time beam” and spinning off into space which would severely mess up our seasons and probably screw with Daylight Saving Time, too.

Further, preventing this was also supposed to have the side effect of making people stop fussing with and hitting each other, ushering in a new age of harmony and love.   Makes sense, I guess, because if I were to find myself hanging onto a birch tree for dear life while the planet was spinning off into Never Neverland, the last thing I’d be thinking about was picking a spat with someone who was clutching the same tree. 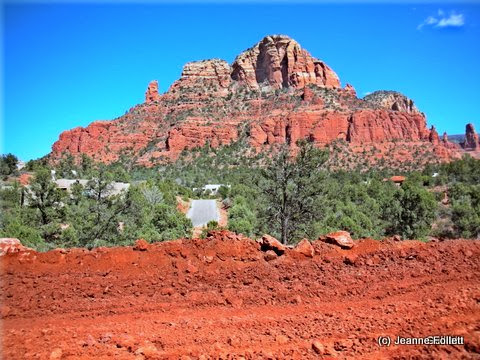 In order to save the world from catastrophe, bevies of believers converged on sacred places around the globe that mid-August weekend.  They used all their very best psychic powers to keep the earth in its orbit.  Well, Sedona is one of the spiritually sacred places on earth, so many psychics gathered there for the Harmonic Convergence, and concentrated real hard.  It must have worked because the earth behaved itself and stayed where it was supposed to, though I’m not sure about the harmony and love side effect.

Well, all psychic roads lead to Sedona and eventually there we were, stuck in a five mile long traffic jam that crept along the main highway through the rusty red sandstone and limestone bluffs of Sedona.  When I say “rusty,” I mean exactly that and not as a modifying adjective of red.  Those stunning geological masterpieces are the result of iron oxide coating the grains of sandstone and turning into rust.  I’m quite sure this process, which apparently occurred over millions of years, was continuing visibly before my eyes as we sat in that traffic jam.  When we finally arrived at our destination, Diane whipped the car into the parking lot of a long two story building next to a creek that actually had water in it, unlike most of Arizona’s creeks and rivers.   Plastered all over the building were signs that read, “Psychics, Palm Readings, Tarot,” and so on. 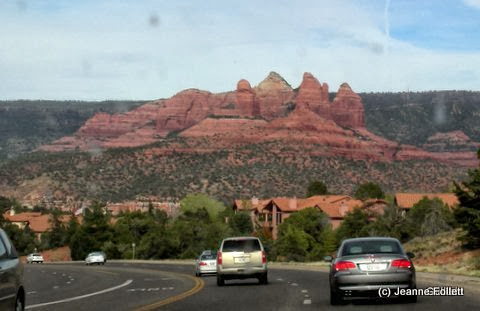 As I said earlier, this was Diane’s idea, so we let her do the talking while Barb and I wandered around the shop looking at various items.  Rocks, beads, medicinal bracelets, candles, books, and jewelry with allegations of special powers drew our attention while Diane made arrangements for a group palm reading.  The clerk set a three ring binder in front of us and asked us to choose which psychic we wanted.  I would have chosen the one whose last name was Stillwater, but Diane, being in charge, opted for…  I’m going to call him Nikolas.  I do so to avoid any future legal problems.  For that very same reason I will refrain from describing him.

The clerk called Nikolas on the phone, though why she didn’t just use ESP or telepathy is something I’m still wondering about.  Anyway, Nikolas appeared, and we followed him up a narrow staircase to a small room on the second floor.  As soon as I walked in I felt something other-worldly—similar to what I imagine Alice in Wonderland would feel if she were trippin’ on LSD.   Children’s toys were everywhere.  They covered every surface in the room, the walls, chairs, shelves, floor.  Toys were suspended from the ceiling, suspended from each other.  Dozens of Matchbox cars covered a chair next to me, carefully lined up in formation along the outer edge of the seat cushion.  Strings of miniature Christmas lights were attached to the ceiling in haphazard fashion.   The whole scene was more than a little bit creepy. 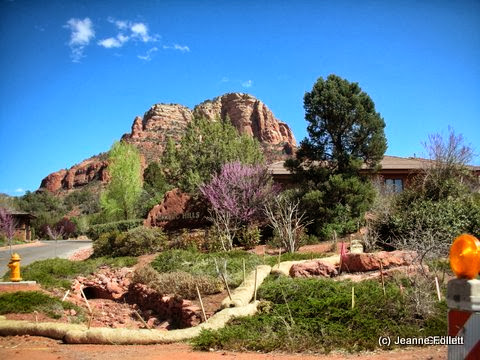 Nikolas threaded us through the toys to three chairs, where we sat facing him.  He looked at our palms for about three seconds each.   He spoke of getting in touch with our inner child, the one that always looked outside the box.  I suppose that’s the reason for the load of toys in the room.  Well, it’s either that explanation or it says something about the peculiar little high-pitched giggle he made when he said something he thought was witty.  He went on for some time about this inner child, telling us that our lives would change for the better by listening to that inner voice, and letting its wisdom unfold within us.   I don’t know about anybody else, but listening to my inner child was responsible for a lot of spankings when I was a child, and it still has the power to cause me a great deal of trouble because I don’t seem to have an inner grown-up that cautions me to watch myself, or else.

Then he took a small pen light and gazed into Diane’s eyes.  He said nothing.  He turned to Barb and looked deep into her eyes with the light.  “Aspirin,” he said.  “Sugar, salt.”  It took a bit for Barb to realize he was asking a question, and then she answered.

“Vicodin.  Diet Coke.”  Barb had been having a lot of back pain recently, hence the pain pills.

Nikolas was not happy with her answers. He launched into a lecture on the evils of artificial sweeteners and the necessity of drinking pure water, with distilled water being the ultimate nectar of the water gods.  That segued into the importance of nutritional foods.  He advised against canned food, frozen food, store-bought food.  Buy from the local farmers’ market, or grow it yourself, he counseled.  Because the three of us had opted for a joint session, Nikolas had three fifteen minute time slots to fill, so he tended to repeat himself a lot.

I was wondering when he would get to the palm reading, so I stuck my left palm in his face and asked, “What do you see when you look at my palm?”

“Thousands of things,” he said.

“I’ve already told you three things,” he said.  And giggled. 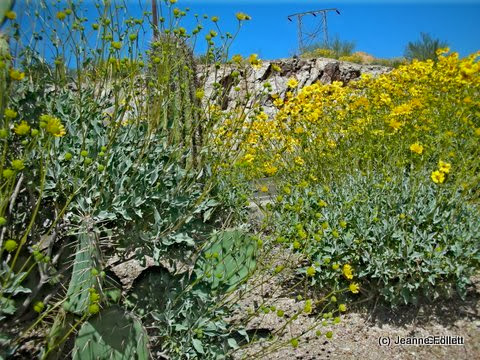 I counted the inner child, distilled water and pure foods as the three things, but I was still hoping to get Nikolas on track with the palm reading, so I asked, “In what direction should I go with the rest of my life.”

Whereupon Nikolas said he never tells people about the future because we could do something tomorrow that would change the entire course of our lives, and the result wouldn’t jibe with his predictions or advice.  Beside me, Barb sat with her arms crossed over her chest.  Next to her, Diane asked some specific questions, but Nikolas was having none of that.  Inner child, distilled water, and pure food were the extent of his advice.

By this time the whole thing was monumentally boring and being inside a giant toy box was putting too much pressure on the obsessive-compulsive neatnik in me.  I wanted out of there.  We paid Nikolas his over-priced fee and left the room without knocking over any toy displays.  We kept silent until we reached the parking lot, whereupon we decided that the Sisterhood should conduct its own harmonic convergence over Margaritas at the bar across the street.

“I’m sorry,” said Diane in between sips of the frosty green nectar of the tequila gods.  “The last time I was here it was wonderful.  I was hoping for a spiritual cleansing.”

“He cleaned us out, all right,” said Barb, her arms still figuratively crossed.  We decided Barb’s initial skepticism and then outright hostility were to blame. 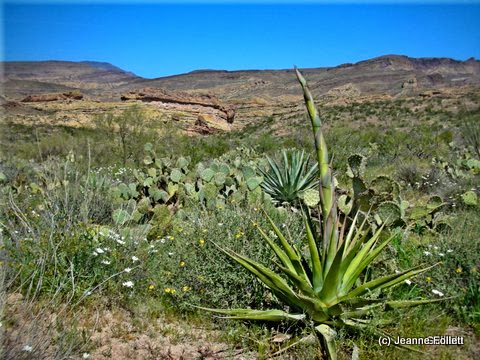 “You must have screwed with Nikolas’ vortex,” I suggested.  “Oh, heck, just look at it as an adventure,” I said, giving a twist to Marilyn’s advice.

I think she had something there, which is why the refrigerator magnet I bought in Sedona has so much meaning for me:  “Blessed are the cracked, for they shall let in the light.”

Email ThisBlogThis!Share to TwitterShare to FacebookShare to Pinterest
Labels: Arizona, Sedona, Sisterhood of the Maui Splash