The Wyoming Journals, Ch. 13, A Tale of Two Prisons 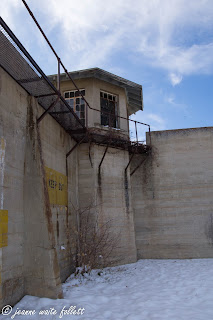 The manuscript begins with a several-page treatise on the reform of criminals, which, depending on one’s point of view, is either terribly ironic or terribly appropriate.

Ironic because the author is believed to be a four-time resident of the Wyoming State Penitentiary in Rawlins, Wy.   Appropriate because who better to know a criminal’s mind than another of that ilk?

I ascribe to both views.  I am nonetheless amused that a man who admits to being unable to control his temper and who usually made the wrong decisions in life, could speak about reforming himself and other criminals.

One paragraph he wrote sums it up: “…[W]hat makes it so hard to reform the man who has once been in states (sic) prison, is the fact that he is an ex-convict.   [I]n the majority of cases, a man on being released from prison feels like he has but little to lose, should he resume his lawless career.  [I]f he is to regain his former standing in society, depends almost entirely on the man himself.  [W]ithout the full cooperation of the man himself, help from others would be of no avail.”

The above quote is from The Sweet Smell of Sagebrush, believed to be the diary of a criminal named William Stanley Hudson, who also called himself Stanley Hudson, William Stanley, and John Kirby, in an effort to conceal his former prison identity to avoid being labeled an habitual criminal.  He was first sentenced to the prison at the age of 16 for stealing a saddle. 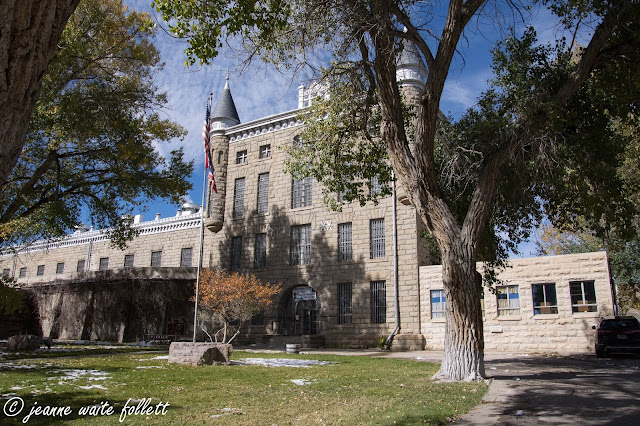 A little easy detective work found that Hudson was at the scene of all the crimes and events described in the diary.

The diary covers the years 1903 through 1912.  The last anyone heard of Hudson/Stanley/Kirby was in 1921 when he was released from prison for the fourth time, and thereafter disappeared.

It makes one wonder if one of his victims caught up with him and delivered some frontier justice, or if the author ascribed to his own theory of reform and became a law-abiding citizen. 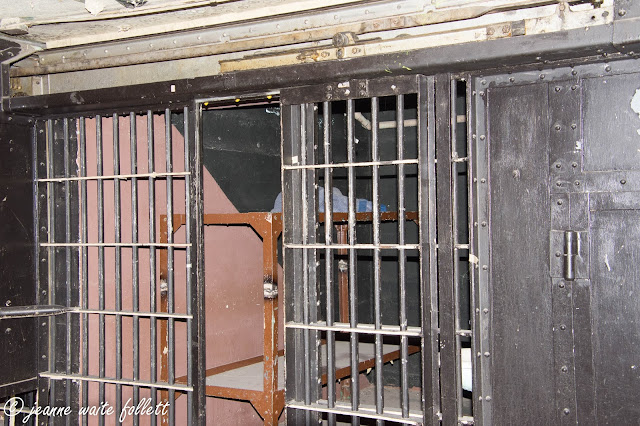 My cousin Bud purchased the book in the gift shop of the Wyoming State Penitentiary in Rawlins, and loaned it to me to read back in elk camp.   It can be a difficult book to read because the publisher, Friends of the Old Penitentiary, chose to print it much like the original manuscript is typed, that being the vernacular of the day as well as only the first letter of each new page being capitalized.

You will notice that in the quote above, I placed the first letter of each sentence in brackets as is the custom today to indicate a change from the original manuscript.   Further, the paragraphs are exceedingly long.

By the time I read a few pages and got used to the format, I was glued to it.

The prison was first built in 1901 of sandstone.  Succeeding additions blended with the original, but in an architectural style befitting the philosophy of prison punishment or reform of the times.  Someone would have to point that out to me because of the three cellblocks I toured, all were dark and cold, with cells about five by seven feet, and three tiers high.  In fact, “C” block, which I assumed to be the newest, seemed worse than the other two.

Some prisoners on the upper tiers were able to see daylight; some were in almost perpetual darkness, as in “C” block.  Heat and electric lights were added over the years. 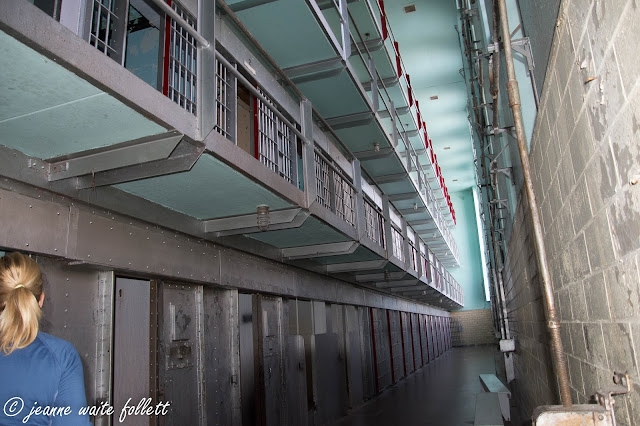 Even worse, the prison was not run by state officials, but by a person who leased it from those authorities.   Here is the adapted description written by the author:

At that time, the prison was run on the lease system.    The place was leased on about the same plan as one would lease a farm or other property.   A man named Graham had the penitentiary on a lease contract at the time of which I write.  He paid the state so much per head by the month or by the year for the use of the convicts.   And he paid the expense of running the place, hired his own warden and guards.   The state didn’t have much to do with it.   The prisoner was therefor at the mercy of Graham.   He owned the prisoner to the same extent that one owns a dog or a horse.

He regarded his human charges as of being less value than a horse, inasmuch as there was no first cost connected with this proposition, at least it never cost him anything to secure all the convicts he wanted.  The prisoners were employed in the manufacture of brooms.    …  This factory no doubt yielded a handsome profit to the operators as well as Mr. Graham, the broom shop being the chief source of revenue it was therefore the aim of the management to use every available man at this work.

See any possibility of mistreatment there?

Perhaps the most surprising thing for me during the tour was the dining hall.   Convicts entered by the kitchen and walked down a long steam table that held pans of food.   They could take as much as they wanted.   I suspect this was the case in the latter part of the 20th century when penal philosophy changed to afford more humane conditions as the author of the manuscript wrote about having only hash or stew and of constant hunger. 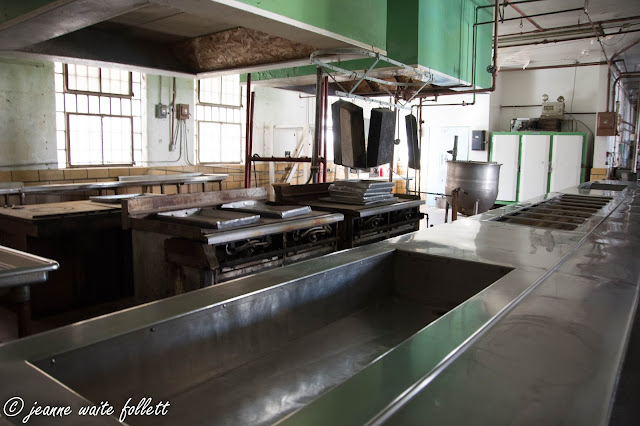 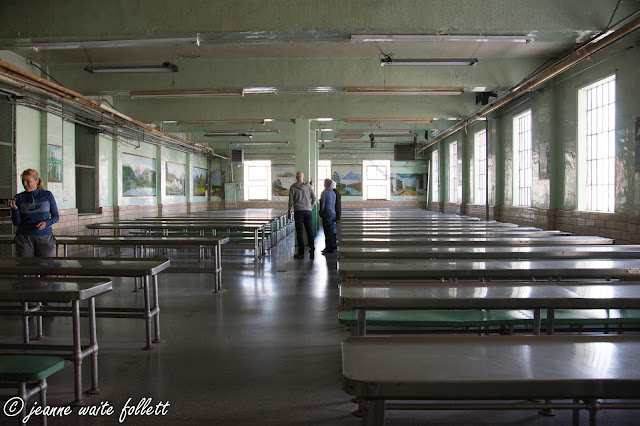 I was distracted during the tour of the dining hall by a bird that had apparently found entrance through a broken window and was flying around trying to get out.  Because the broken window was low and the bird was seeking escape along the upper parts of the windows, I feared for its longevity.

This bird, yearning for freedom beyond the bars, evokes the many prisoners who did the same. 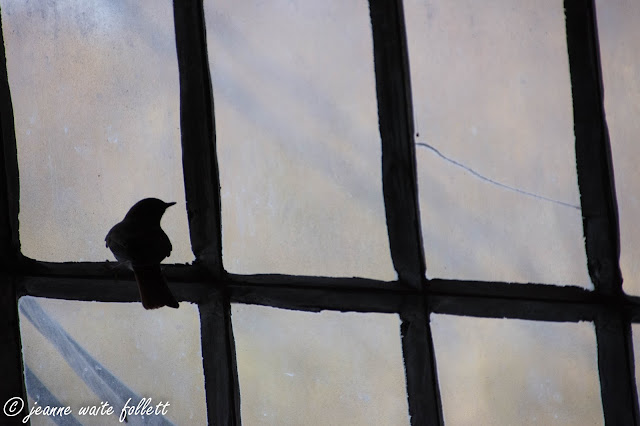 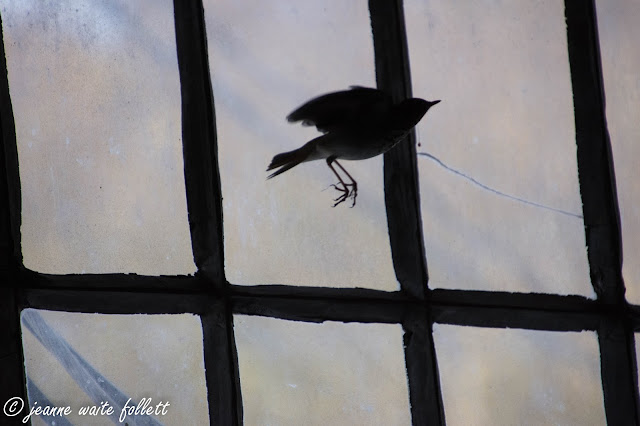 To be continued
Posted by Gullible at 3:02 PM