The 2018 Africa Journals, Ch. 26: Everything in Africa Bites, Scratches, or Stings


This photo of me was taken by professional photographer and my friend, Marg Wood.   It is unusual in several ways. 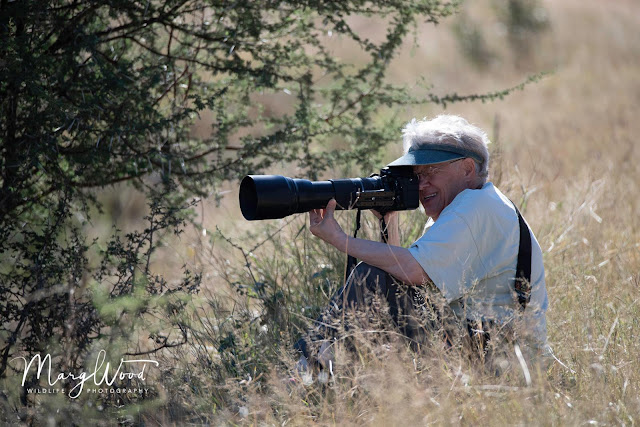 For one, I'm taking photos from the ground and not from a safari vehicle.    That indicates our guide felt this was a relatively safe area to let us get down and walk around.   And have a mocha-choca-rula with a snack.   That drink, by the way, is coffee with chocolate and an a shot of Amarula liqueur.   In my case, I left out the coffee and had hot chocolate.

Second, I'm not wearing a long-sleeved SPF shirt to protect my arms from the sun.   I remember this day.   I was wearing my favorite SPF shirt.  It is a brilliant purple.  I was trying to get close enough to an iguana to get a photo and bright purple isn't know as a camouflage color.

Third, I'm sitting in vegetation with lots of thorns for company, which goes to support the title of this post.


The animals in national parks and private reserves are habituated to seeing safari vehicles.    If the adults bother to look, it's just a glance and then they ignore you.   The little ones are still curious. 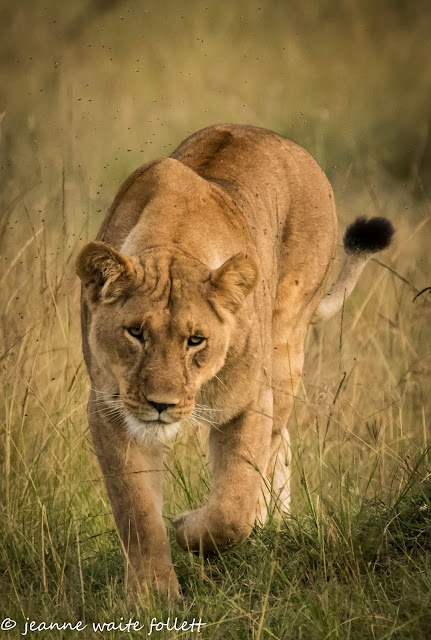 The only reason this lioness (below) bothered looking at us is that she's lying in the road where it's warmer in the morning sun.   WE were trying to pass her.   She didn't move; we didn't pass. 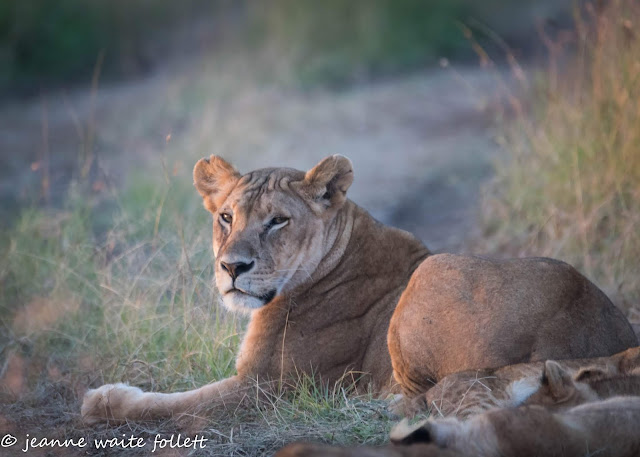 This leopard raised her head and then when back to sleep.    There were many vehicles here but waiting in line as only three at a time were allowed to approach close enough to get photos with long lens. 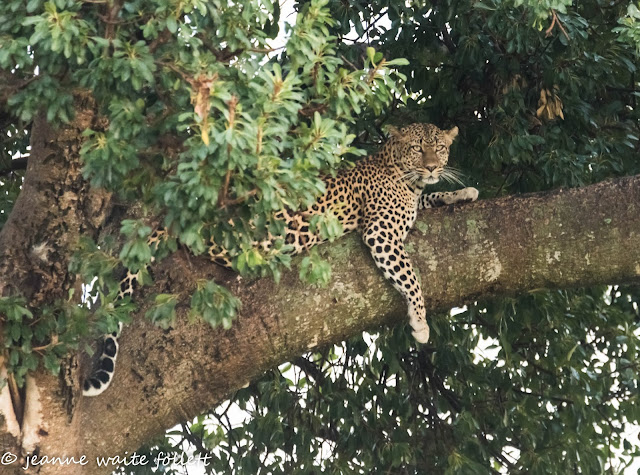 A lone hyena approached and smelled the leopard from quite a distance.   It went right to the base of the tree and looked at her.   There is no love lost between hyenas and any other critter in Africa.  They are universally disliked. 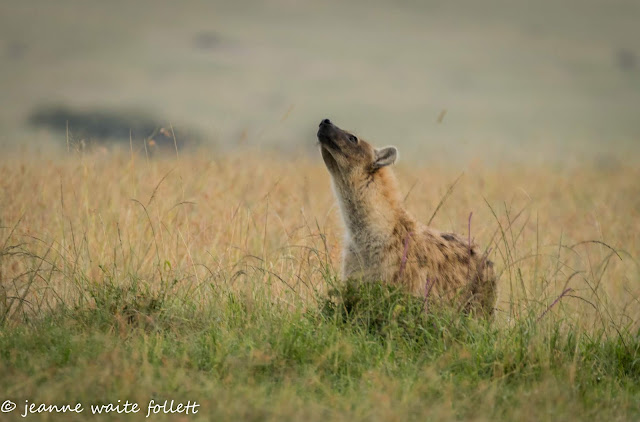 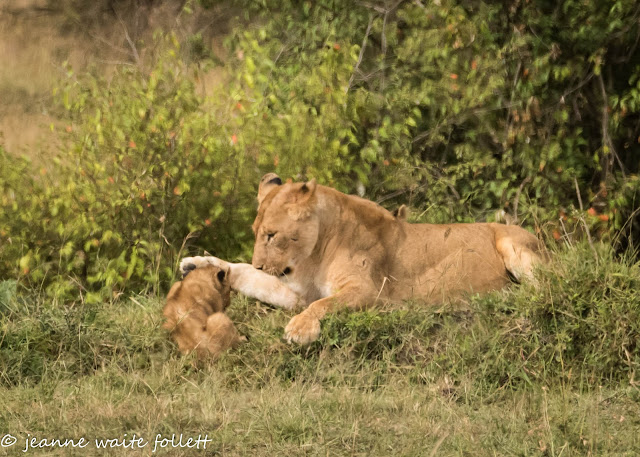 In the national parks, vehicles must stay on the roads.   In some private reserves, vehicles are allowed to go off road to get closer to the animals.

That's great for the tourists, but can be dangerous or fatal to the animals.    We found these very young cheetah cubs in long grass, wet from recent rains.   They could not have been seen without the mother's larger body and better visibility. 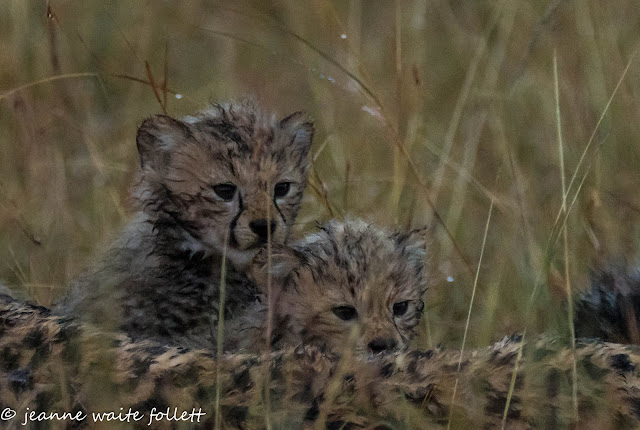 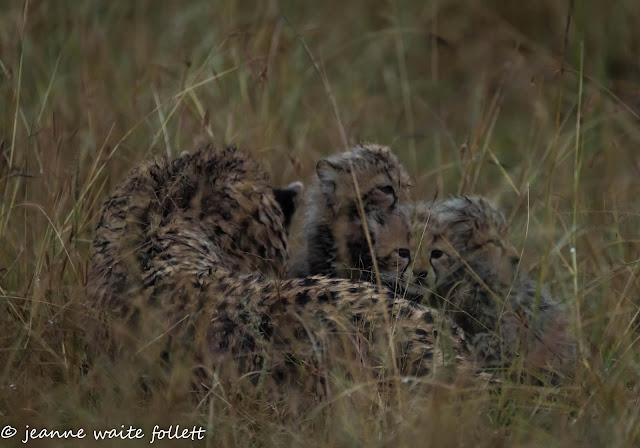 And sometimes, the tourists are oblivious to what's going on in their presence.   Luckily for them, the lions paid them no attention.

I have had the big cats--lions, cheetahs, and leopards-- walk right under our vehicles or lie in the shade beside it.   Some plop down in between vehicles. 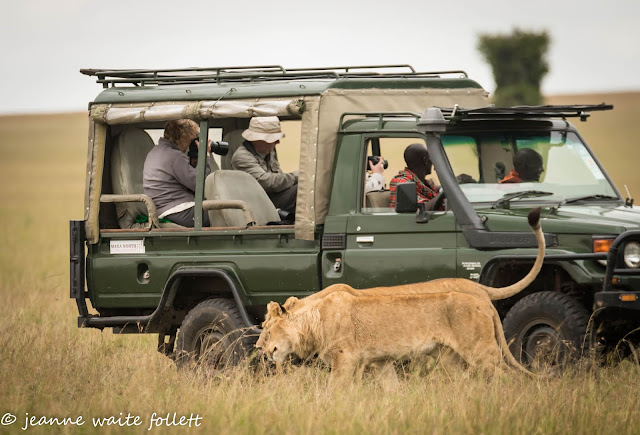 But then there's the attention you don't want, like this guy leaning out to take a photo with his phone. 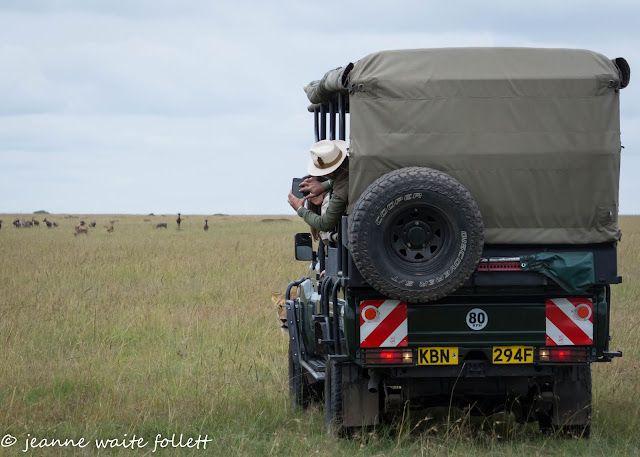 He gets attention he will remember the rest of his life. 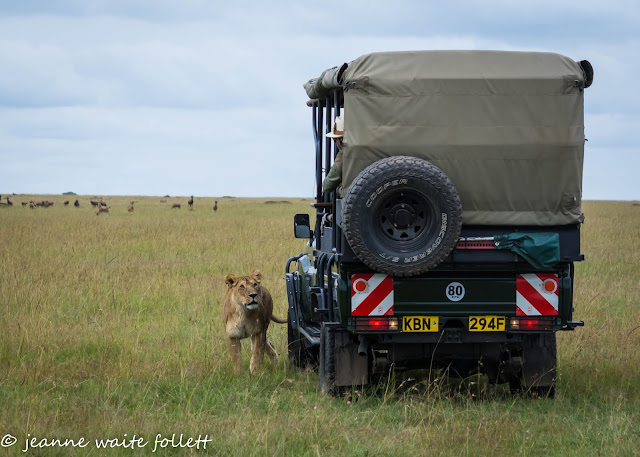 Something changes in your soul when one of these cats looks you right in the eyes!!   It isn't only the realization that you've dropped a long way down on the food chain, it's ....    Well, you have to be there to understand.