(NOTE:  These photos can be seen at their best resolution by clicking on them.)

We're on safari in the Phinda Private Game Reserve in South Africa and along the way, we see this elephant making tracks.   "He's heading to the lake for a bath," says our tracker. 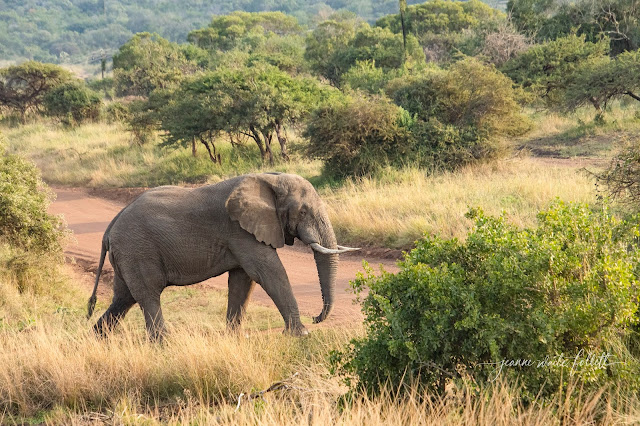 We drove a while and could see the lake in this distance. 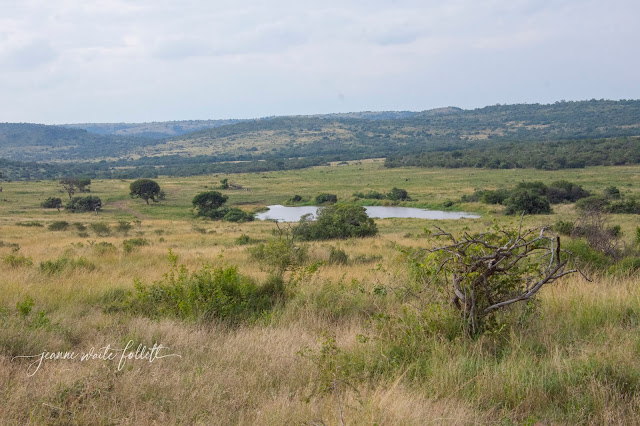 We went on our way, spending time with leopards and cheetahs.   Finally, it was time to head back to camp--the fabulous Zuka Lodge where we were staying.

We came across the elephant, fresh from his bath in the lake.   He was applying the finishing touches. 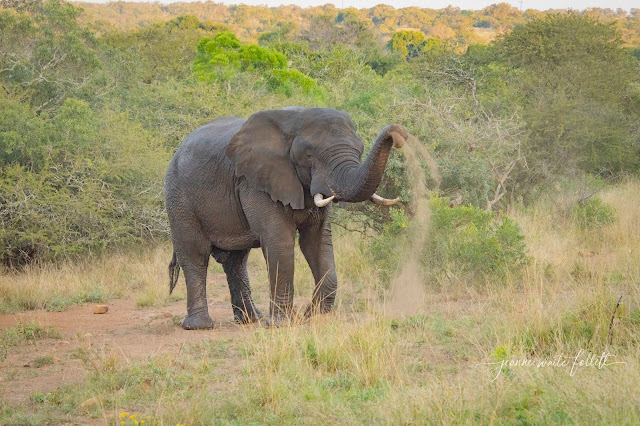 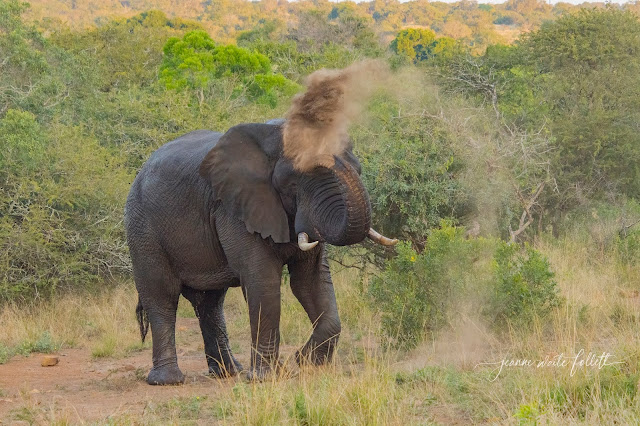 Snorting up a snootful of dirt, he then blew it all over his back. 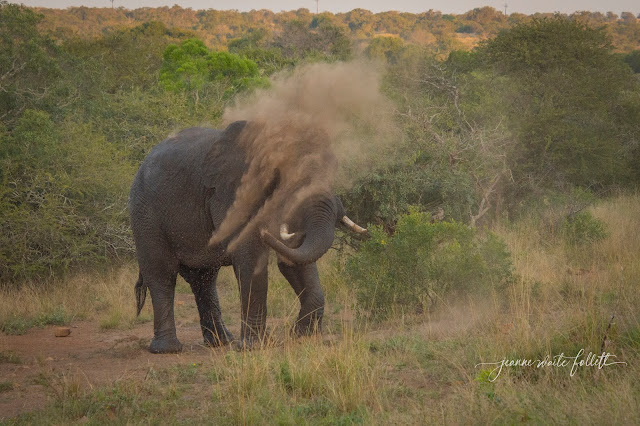 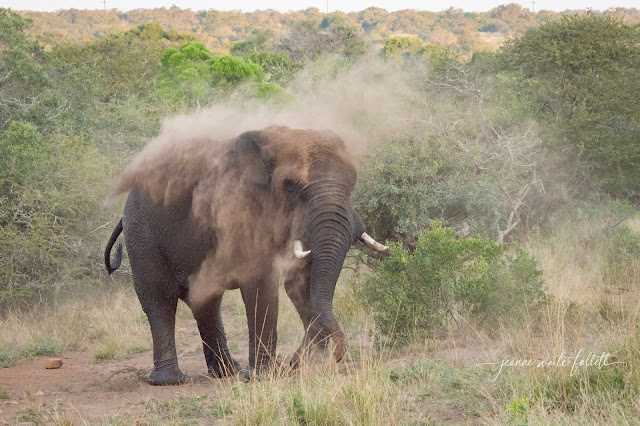 In the photo below, he is kicking up more dust and then blowing it onto his underbelly. 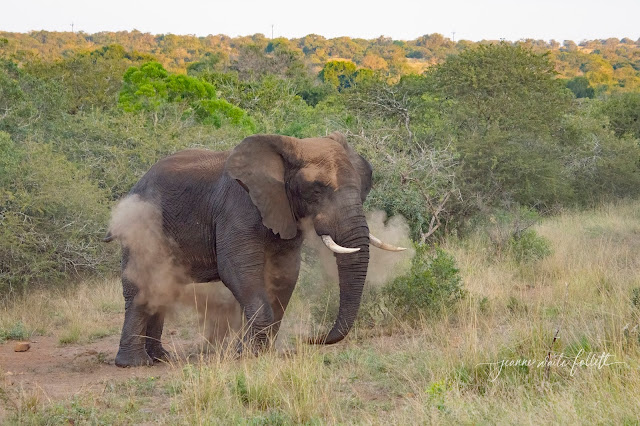 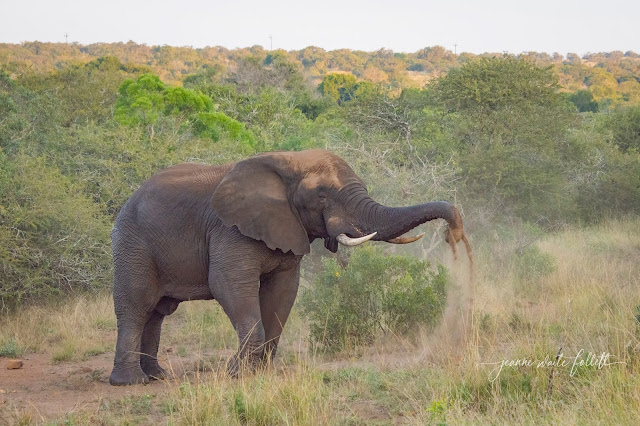 ....goes flying.   Time and again he covered himself with fine dirt. 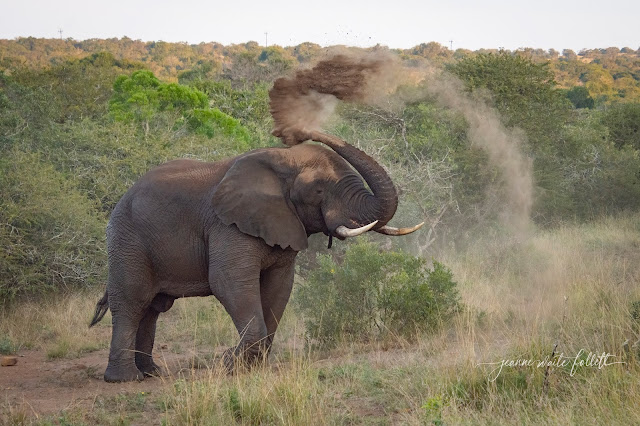 Make sure to get some behind those ears.   There's a reason for plastering himself after a bath.   The dirt will help protect his hide from sun and insects. 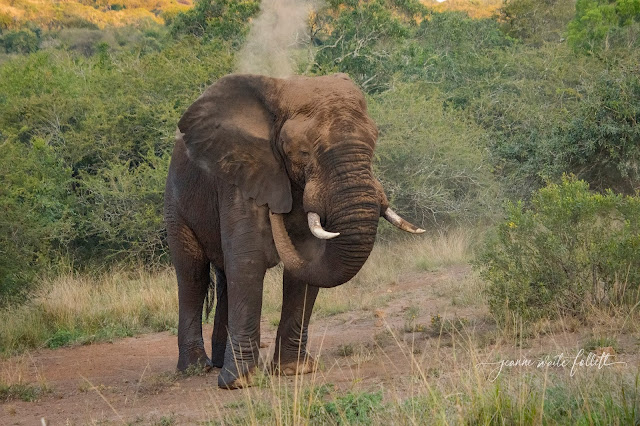 Scraping up some more dirt.... 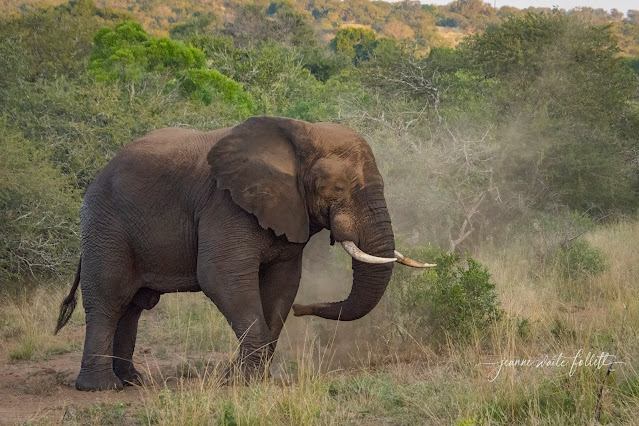 And a little flip to blow some more. 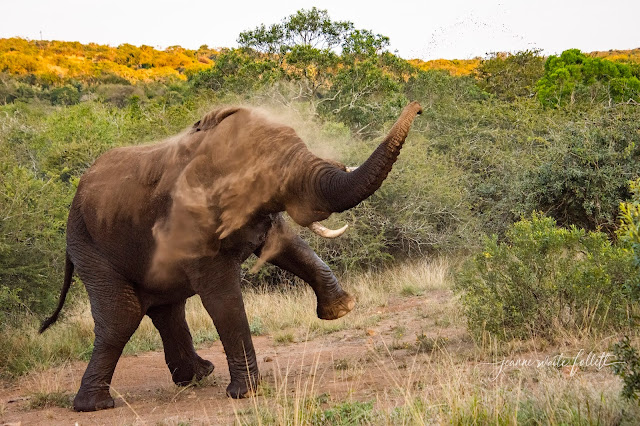 What a happy elephant. 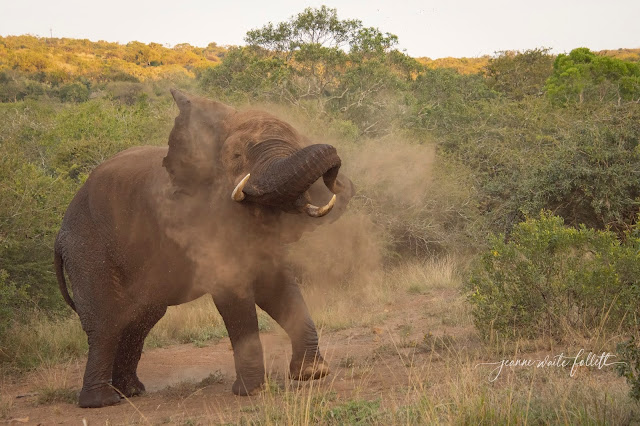 And, the job completed, he heads off into the African sunset 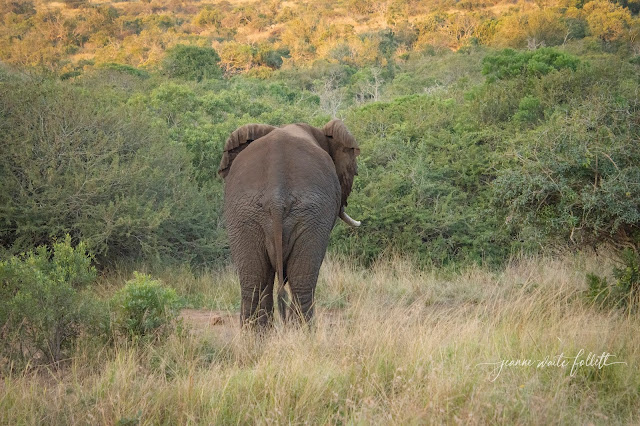 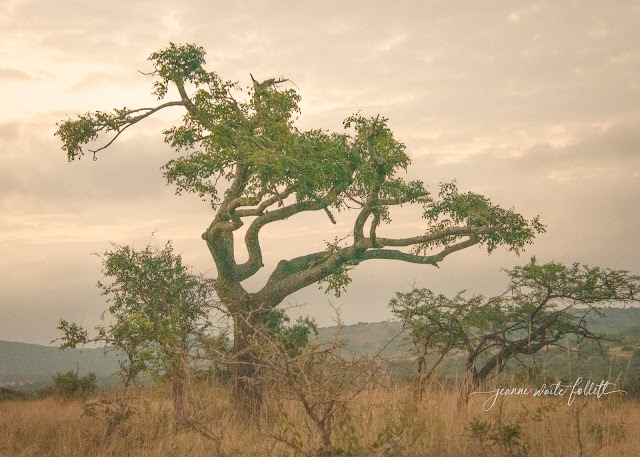 Email ThisBlogThis!Share to TwitterShare to FacebookShare to Pinterest
Labels: elephants