Waiting for the impossible...

Waiting for the Impossible

Ever since I stumbled into my sixties I’ve had this image in my head, a black and white photograph of my maternal grandmother. I didn’t know her very well, as is the case with many kids who lived in Alaska back in the Forties and Fifties, and were separated from their relatives by thousands of miles. 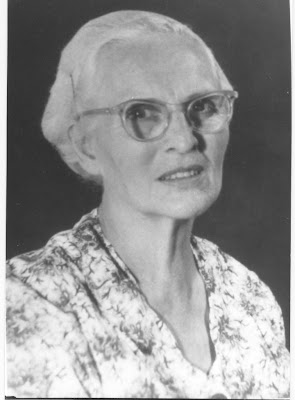 Grandma lived with another daughter, but during my early high school years, in the late Fifties, she came to live with us for a while. My mother usurped my bedroom for her to use. That was my pink and gray Elvis Presley-decorated room. I’m not sure Grandma appreciated my Elvis posters.

I don’t remember much about her, except she was very solemn, didn’t talk much, and stashed candy in her (my) chest of drawers. She had white hair, and wore housedresses and those sturdy black shoes. I’m not sure what they were called. I am quite positive that Grandma never wore a pair of slacks, and absolutely not a pair of jeans.

The thing I recall the most clearly about Grandma was how OLD she was. At the time of her prolonged visit, she was in her mid-to-late sixties. She had lived a hard life in northern Michigan, raising six kids (I’m not even sure about that). The kids would have been in their teens during the years of the Great Depression.

My mother placed a small rocking chair in Grandma’s (my) bedroom, and Grandma would sit and rock and eat her candy. I, at my bulletproof age of sixteen, vowed I would never get that old. Not as old as sixty-five, and certainly not past that. Sixty-five was the cutoff point for me.

My grandmother died while I was still in high school. My mother went to Idaho for her funeral. I skipped school while she was gone. My little brother snitched on me. I was new at the school-skipping thing, and it never dawned on me I should have asked my speech teacher if I’d missed an assignment. As a result of that missed assignment, and the “F” that showed up on my report card, I almost didn’t graduate from high school because speech was a required subject. Or so threatened the letter that was sent to my parents.

My mother worked equally as hard raising us in Alaska. Money was scarce, and we lived paycheck to paycheck on dad’s wages, though much of it went into building a log home. I always thought she looked younger than her years. Of course, mom always insisted she was twenty-four, so it wasn’t until she died that I discovered her true age. 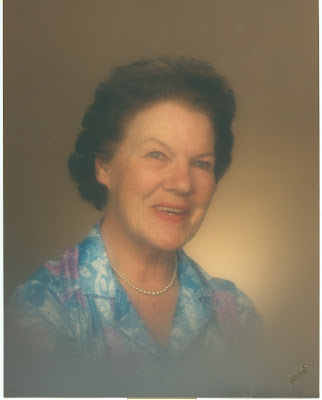 I have a color photograph of her when she was in her late sixties. It was taken by a professional photographer—the kind who signs his portraits in gold ink. The photo is in soft focus, blurring the lines and wrinkles on her face, many of which I am sure bear my signature. She also colored her hair and wore jeans. Well, really, if you’re going to live out in the woods in Alaska, jeans are the only sensible article of clothing.

No housecoats for my mother. Jeans and blouses went very well with the drawknife used to peel bark off logs. I don’t recall her shoes. Mostly I remember her sitting at the kitchen table in the evenings, soaking her feet in a pan of hot water. Then she used a razor blade to carve off the corns and calluses that tormented her. Her feet were ruined, she said, because she had to wear hand-me-down shoes from her elder siblings.

She, as I said, had lived a hard life growing up, and as a result didn’t put up with much from her eldest daughter. That daughter was the very same one who had sacrificed her Elvis Presley bedroom for Grandma, which shows how useless that sacrifice was for bargaining purposes. I was one of those kids who awoke every morning with an imminently terminal disease that precluded any thought of going to school that day, and a double disease on Sunday mornings when the neighbor lady was waiting to drive us to Sunday school. Terminal diseases meant nothing to hard-hearted mom, and off to school and Sunday school I went.

I guess it was all for the best, because apparently going to school and Sunday school cured all those diseases and I was fine enough to play outdoors when I got home. I never tossed my cookies when I was sick, which was the only proof positive of illness accepted by my mother. Or pox. Pox were good. I used that one in first grade, though, and getting chicken pox twice was impossible. I do, however, recall many miserable days sitting through classes with a sore throat and reeking of Vicks Vapo-Rub. There were no such things as decongestants back then. No NyQuil, no Contact, though I do remember when those miracle drugs hit the stores. By that time I was out of school and on my own as far as getting up in the morning.

And then there’s me, the eldest. The one who embarrassed my mother in front of her co-workers after she returned to work in the Sixties, with a simple little thing like my whole-hearted involvement in a romantic scandal. Shoot, back in the repressed early Sixties, scandals were a dime a dozen, and the adventure I had is pretty common these days. I was the one who gave up her white collar work and went to live in a small town of less than a hundred people near a fledgling ski resort. The one who ran dog teams. The one who took SCUBA lessons even though she couldn’t swim. The one who kept moving farther and farther away from civilization. The one who didn’t settle down and get married until she was almost forty.

Mom had long ago stopped hoping I’d act like a lady, but then what could she expect from a kid who spent half her childhood in trees?

Now I’m the same age they were when their photographs were taken, and I am struck by the differences. My mother waited as long as she could for me to grow up. Then, nearing eighty, she couldn’t wait any longer.

I’ll tell you, some kids never grow up: 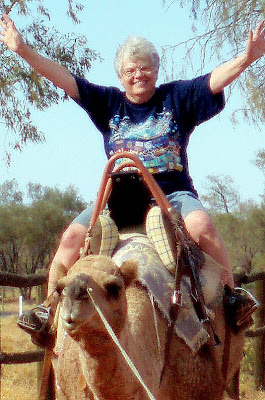 Riding a camel in the Australian Outback.