How Reuben Got His Bible Back

Stop me if you’ve heard this before:  Alaska is a big state.

You could fit Texas, California, and Montana in it, and still have some of Alaska left over.  It is the northernmost, easternmost, and westernmost state in the union.

It is not, as some maps would have you believe, located in a little box next to Hawaii.  Alaska is attached to the same continent as the 48 contiguous states, "contiguous" being a word you learn when you attempt to order something through the mail.

Further, it’s the least densely populated state and approximately half the population lives in the Greater Anchorage metropolitan area.

That leaves a lot of room for the rest of us to spread out.

So one day in April, while I was picking up litter about five miles from home, I spotted a black satchel on top a big snowbank that was slowly melting.  I climbed part way up the rotting snow and reached for the bag with my grab stick. 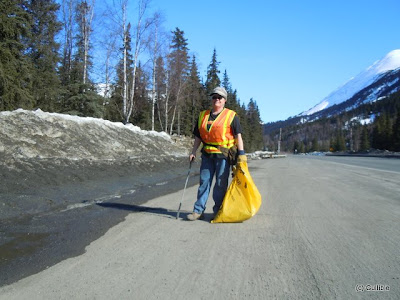 Whatever it was, it was too heavy to pick up, so I used the stick to drag it down the snow until I could reach it with my hands.

Inside a torn and zipped heavy fabric cover was a Bible, and the Bible was soaking wet.  I managed to pry some pages apart and found an inscription page at the front.

This Bible had been given to Reuben Anderson by his grandmother two years ago, after he made straight A grades in fourth grade.  That was all. 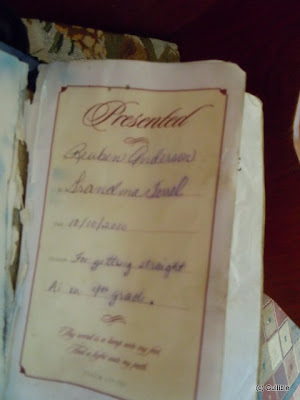 I put the wet parcel in my truck and considered how I could locate Reuben.  I finally decided to write a letter to the editor of the Anchorage Daily News.

I found your Bible today while I was picking up litter on the Sterling Highway, the one your Grandmother T… gave you two years ago for making straight A grades in fourth grade.  I would like to get it back to you.  I live in Moose Pass and my name is in the phone book.

Although I really didn’t expect the paper to print the letter, it did.

I didn’t hold out much hope and, in fact, more than a month went by without word.  I picked up the Bible one day, wondering what to do with it.  Unbelievably, it was still wet though it had been in my warm garage.  Many of the pages were stuck together.  It was much the worse for wear considering its time in the snow and the probability it had been rolled around by the highway snow plows. 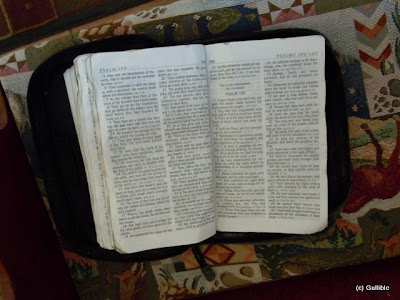 The next day there was a message on my answering machine.  It was Reuben’s mother.  A friend of hers had seen my letter in the paper and passed the word.  We played phone tag for a while, but today Reuben’s Bible was entrusted to the care of the US Postal Service and it is now on its way to Reuben.  He lives about a hundred miles from me, and two hundred miles from Anchorage.