The Yosemite Journals, Chapter One

There aren’t many things that will get me out of Alaska during its very short and very precious summer months.  The chance to go with my best pals from California to a place I’ve never seen is definitely at the top of that “will do” list.

The destination was Yosemite National Park, located in the western foothills of the Sierra Nevada Mountains.  Created by glacial carving and cataclysmic movements of tectonic plates, Yosemite covers almost 1200 square miles of the Sierra Nevada, but it is the valley lying between long ridges of granite and spectacular cliffs that lures more than four million visitors a year.

My friends have been going to Yosemite every year since their childhoods when their parents chose to vacation there for a week or two.  Every year.  They know it well.

First though, I had to get there.  I demolished my mileage account at Alaska Airlines and got a round trip ticket to Oakland and back.  Because this was a last minute (almost) trip, I was awarded a 5 AM red-eye flight, but that put me into Oakland at noon, the perfect time for Missy to avoid the horrendous traffic in the East San Francisco Bay area when she picked me up at the airport.

I jammed my sleeping bag, a day pack, clothing, and a bunch of other stuff in a suitcase and carry-on.  On the appropriate day, gray and drizzly, I headed for Anchorage.  Two miles from home, I was stopped in my tracks by a police barricade across the highway, not what you want to see when you’re on your way to catch a plane. 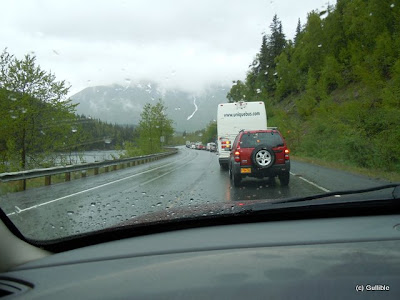 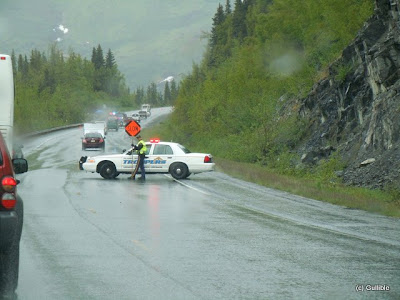 On the TV news that night, I learned a woman had been stopped by a trooper, who determined she was impaired and called for a wrecker to impound her vehicle.  After waiting for a hour, the woman suddenly left the scene.  Apparently she drove off the road and tumbled down an embankment in a fatal crash. 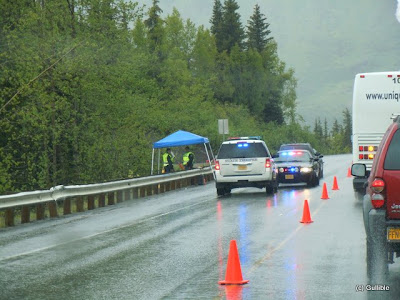 Once again, I was reminded of how my perceptions of a specific place change when a fatality occurs there.  I’m in that area frequently, passing by or picking up litter.  Now, I will always remember that someone died in that spot.

The road blockage resulted in an extensive investigation at the site.  This is, you understand, the ONLY highway to Anchorage from the Kenai Peninsula.  I wasn’t held up very long, and continued into Anchorage, did some errands, and hung out at a friend’s condo before going to the airport at 3 AM.

Missy picked me up at the Oakland airport and drove me to her home, where I would stay the night and then leave with the group the next morning for Yosemite National Park.

Dang, it was really a tough place to hang out: 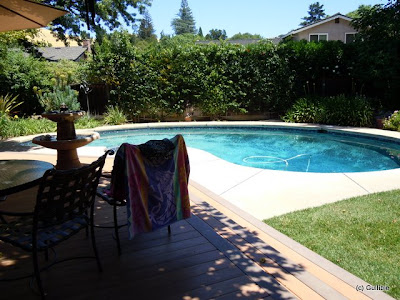