Noisy New Kids on the Block

I heard them before I saw them.  Such is the way with kids.

It also helped that I was on the second story deck of my home.  That put me within twenty feet of them when they landed. 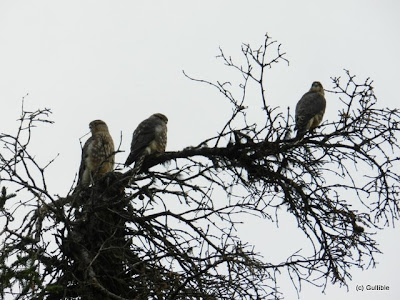 I looked up the the new top of a black spruce tree and there they were--three young merlins just out of the nest and trying out their new found flying ability.  I say "new top" because wind and heavy snow last winter broke off about ten feet of this tree.  The new top has become a favored landing spot for birds of all species because a nice bare branch offers a non-prickly spot for bird feet to perch. 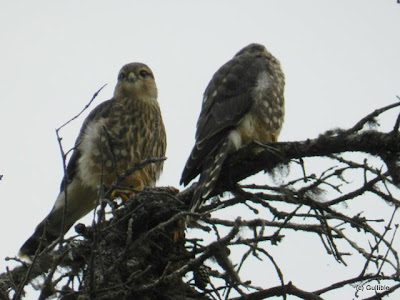 These merlins arrived in full voice.  I recall a few years back, newly-fledged merlins announcing their presence with their frantic and shrill ki-ki-ki cries.  This lasted a few days, during which I am sure the young falcons went hungry as I witnessed one chasing a smaller bird up my driveway, in full  vocal pursuit.  Soon they hunted silently and I suspect more gainfully.

These youngsters will learn in time.

They stayed long enough for me to go downstairs and gather three cameras, even going outside to get one from a vehicle.  I walked directly under their tree to do this.


One slipped silently away; two remained. 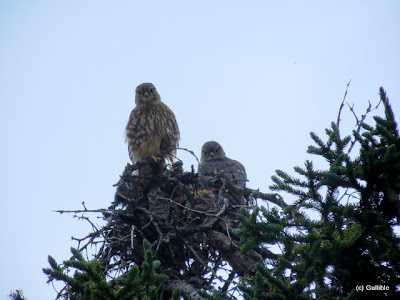 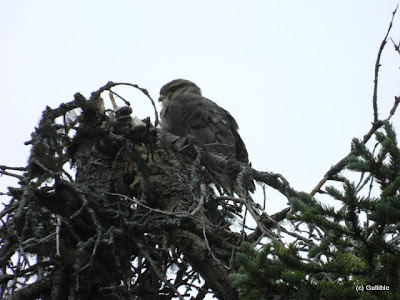 And then there was one, perched in the tree top like a miniature peregrine falcon. 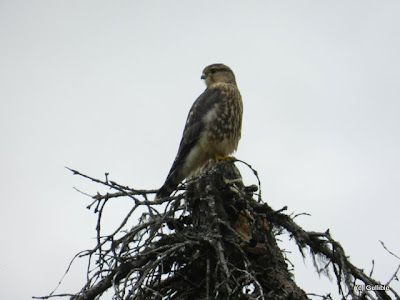 The third lingered, aware of everything in its domain.  Then it, too, left far more quietly than it had arrived.