My previous post was an entirely fictional story written subsequent to a [rompt from online instructor Ann Linquist.

These are photos of Amchitka Island taken in 1988 when I worked there on a construction project. 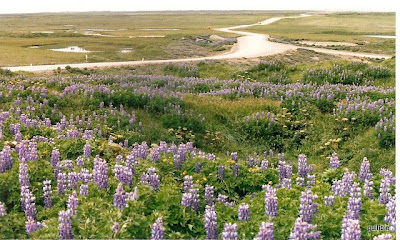 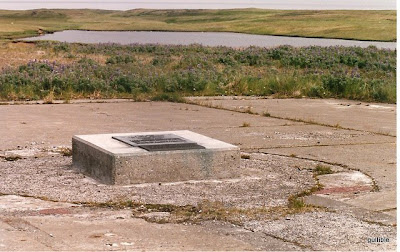 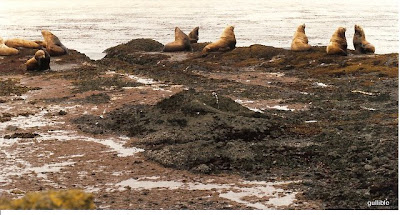 AS A TEST OF THE WARHEAD FOR THE SPARTAN MISSLE OF THE SAFEGUARD BALLISTIC MISSILE PROGRAM, OPERTION CANNIKIN WAS DETONATED TO MEASURE THE YIELD OF THE DEVICE, MEASURE THE X-RAY FLUX AND SPECTRUM AND ASSURE DEPLOYMENT OF A RELIABLE DESIGN.

THE CANNIKIN TEST OF A NUCLEAR DEVICE OF UNDER FIVE MEGATONS WAS DETONATED AT A DEPTH OF 5875 FEET IN VOLCANIC BRECCIA WITHIN A MINED 52-FOOT DIAMETER SPHERICAL CAVITY.

(Warnings against drilling and mining nearby follows.)


Note from Gullible:  The Japanese did occupy Attu and Kiska islands in the Aleutian Chain during World War II, but not Amchitka.    This island was the site of the furthermost US military post, from which military campaigns to re-take American oil were launched.  The military believes the Aleutian attacks were to divert attention from Japanese preparations to attack Midway.  The US had cracked Japanese codes and were not fooled, but knew that a foothold in the Aleutian Islands would enable the Japanese to further attack US lands.

On 11 May 1943, the operation to recapture Attu began. Included with the invasion force were scouts recruited from Alaska, nicknamed Castner's Cutthroats. A shortage of landing craft, unsuitable beaches, and equipment that failed to operate in the appalling weather made it difficult to bring any force against the Japanese. Soldiers suffered from frostbite because essential supplies could not be landed, or could not be moved to where needed because vehicles would not work on the tundra. Led by Colonel Yasuyo Yamasaki, the Japanese defenders did not contest the landings, instead digging in on high ground far from the shore. This resulted in fierce combat, with a total of 3,929 U.S. casualties; 580 men were killed, 1,148 were wounded, and another 1,200 had severe cold injuries. In addition, 614 died of disease, and 318 from miscellaneous causes, mainly Japanese booby traps or friendly fire. 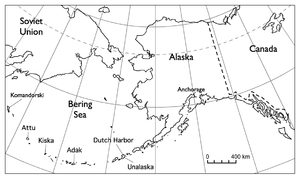 On 29 May, the last of the Japanese forces attacked without warning near Massacre Bay in one of the largest banzai charges of the Pacific campaign. Led by Colonel Yamasaki, the attack penetrated U.S. lines so deeply that it encountered rear-echelon units of the American force. After furious, brutal, often hand-to-hand combat, the Japanese force was virtually exterminated. Only 28 had been willing to be taken prisoner, none of them officers. American burial teams counted 2,351 Japanese dead, but it was thought that hundreds more bodies had been buried by bombardments during the battle
Posted by Gullible at 4:45 PM