I Coulda been a Contender


Terry: You don't understand. I coulda had class. I coulda been a contender. I coulda been somebody, instead of a house pet, which is what I am, let's face it. -- Marlon Brando in On the Waterfront


I was lying on the living room floor watching that Westminster Kennel Club dog show the other night and was in my usual funk when that thing’s on.  I shoulda been there.  I’d show those hounds and terriers and herding dogs what a champion is.

An Affenpincher?   Really?  How about this for a championship breed:  Weimaraner. 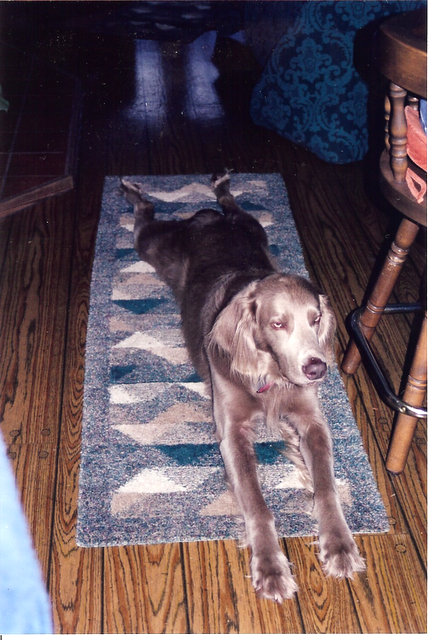 And it's name?   What were they thinking?  What kind of name is Banana Joe for a champion anyway?  Here's the name of a champion:  Sterling Ice Fog of Alaska.  How does that roll off your tongue?  Can't you just see that engraved on a trophy?  After all, we are called the Gray Ghosts because of our coat color.

Banana Joe?  He wasn't even yellow.  Just a ball of black fuzz with a monkey face. 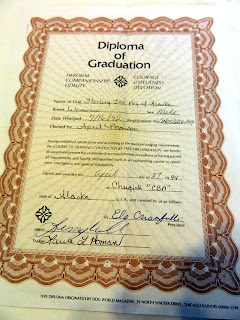 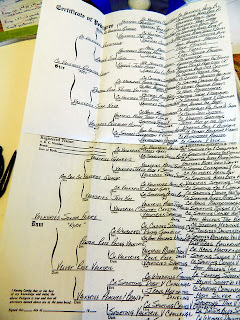 Even as a puppy I had the look.

I woulda shown that little black ball of fuzz Banana Joe what a real Best in Show should look like.

Why, I was bred for speed, good scenting ability, courage, and intelligence.  I used to hunt big game, . like deer, bears, and wolves.  (I was fearless, except for riding in cars.)

After big game was gone in Germany, where my breed began, I was trained to be a bird dog.    (Fine by me, except I didn’t like to get my feet wet.)

I was bred for the nobility,  Why, it was illegal to even take me out of the country until after WWII when Gen. Patton was presented with one of our kind.

I am not only a personal companion, I am also friendly with everyone.   If you don’t understand that your first duty is to pet me, I will stand on your foot until you get the message. 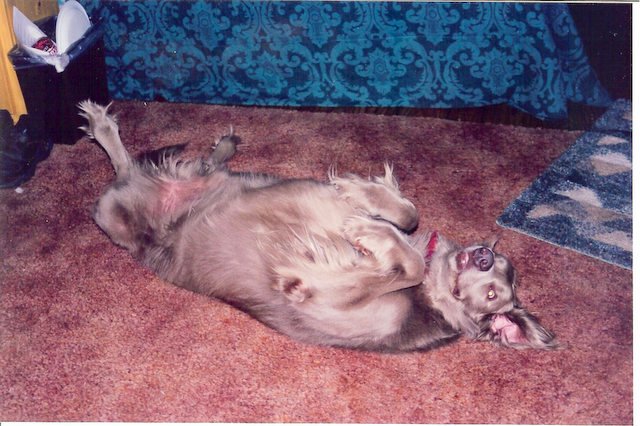 I am a loyal member of the family and I love children.  My intelligence made me easily trainable and I often flabbergasted my adoptive parents with my ability to understand English, though German is my first language.

Yeah, I coulda been a contender.    If I still lived in Europe, that is.  I’m allowed to be shown there, not here in the U.S.  All because of my long coat, with my beautifully feathered legs and tail.  And my ears?  I defy you to find a dog with more handsome ears.

Huh.  My hair isn't even as long as Banana Joe's.  Go figure.

Why, they don't even dock my tail because it's so pretty, unlike the short-haired dogs of my breed.  I'm pretty special.  There aren't many of us long-haired Weimaraners whelped. 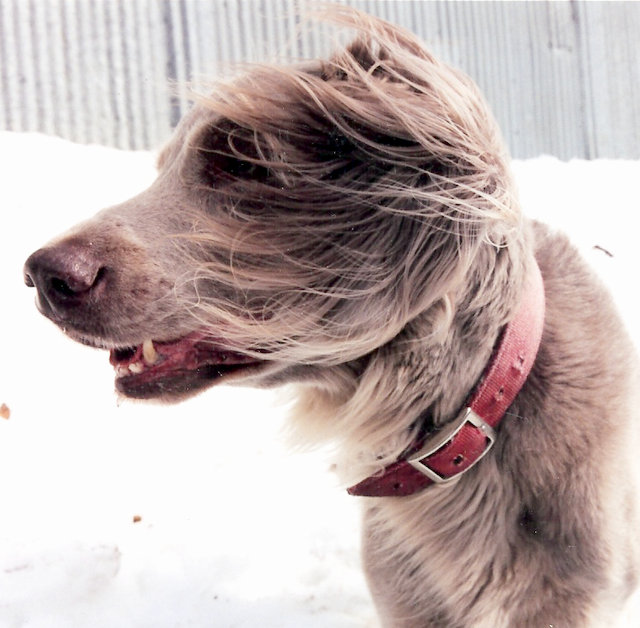 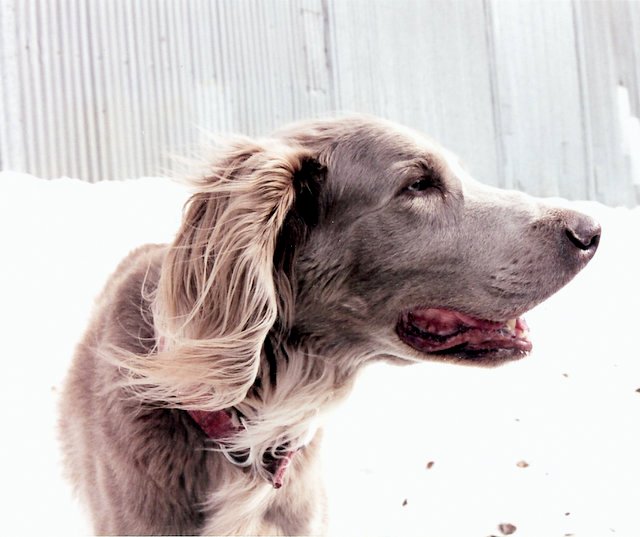 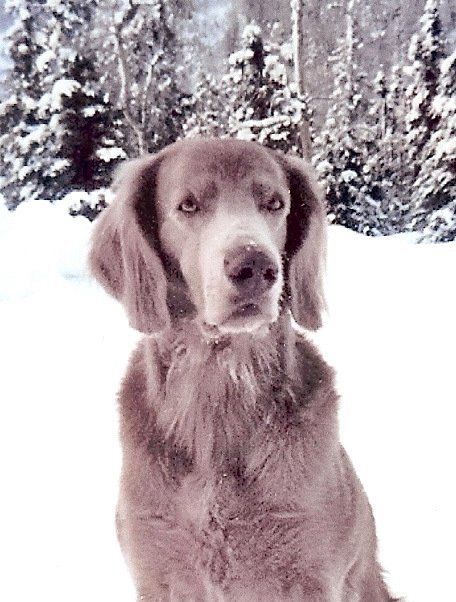 I coulda been somebody.

(You were somebody, Sterling.  Rest in peace.)
Posted by Gullible at 12:14 AM