The India Journals, Ch. 3, Off and......slopping through rain and snow

Rain and a hellacious windstorm accompanied me from Moose Pass to Anchorage, with a nice helping of sloppy snow thrown in to make things fun.   Ah, but I got through it and spent the night in Anchorage at my friend Patti's, after we saw the movie Wild, based on the book by Cheryl Strayed.

But first, I had to get there to do that.  I saw a bald eagle sitting on an island in Tern Lake and it occurred to me that is the same spot where I frequently see eagles sitting.


Just as I turned the corner in the distance of the above photo, I caught up with three vehicles going quite slowly.   Up ahead of them were two highway department trucks with belly blades, scraping off new snow.   I know, there's no snow here, but there was around the corner.

So, for the next six or seven miles, we all followed the trucks at 40 mph. until they pulled off in a turn-out.   By then we were lower in elevation and the snow had turned to rain. 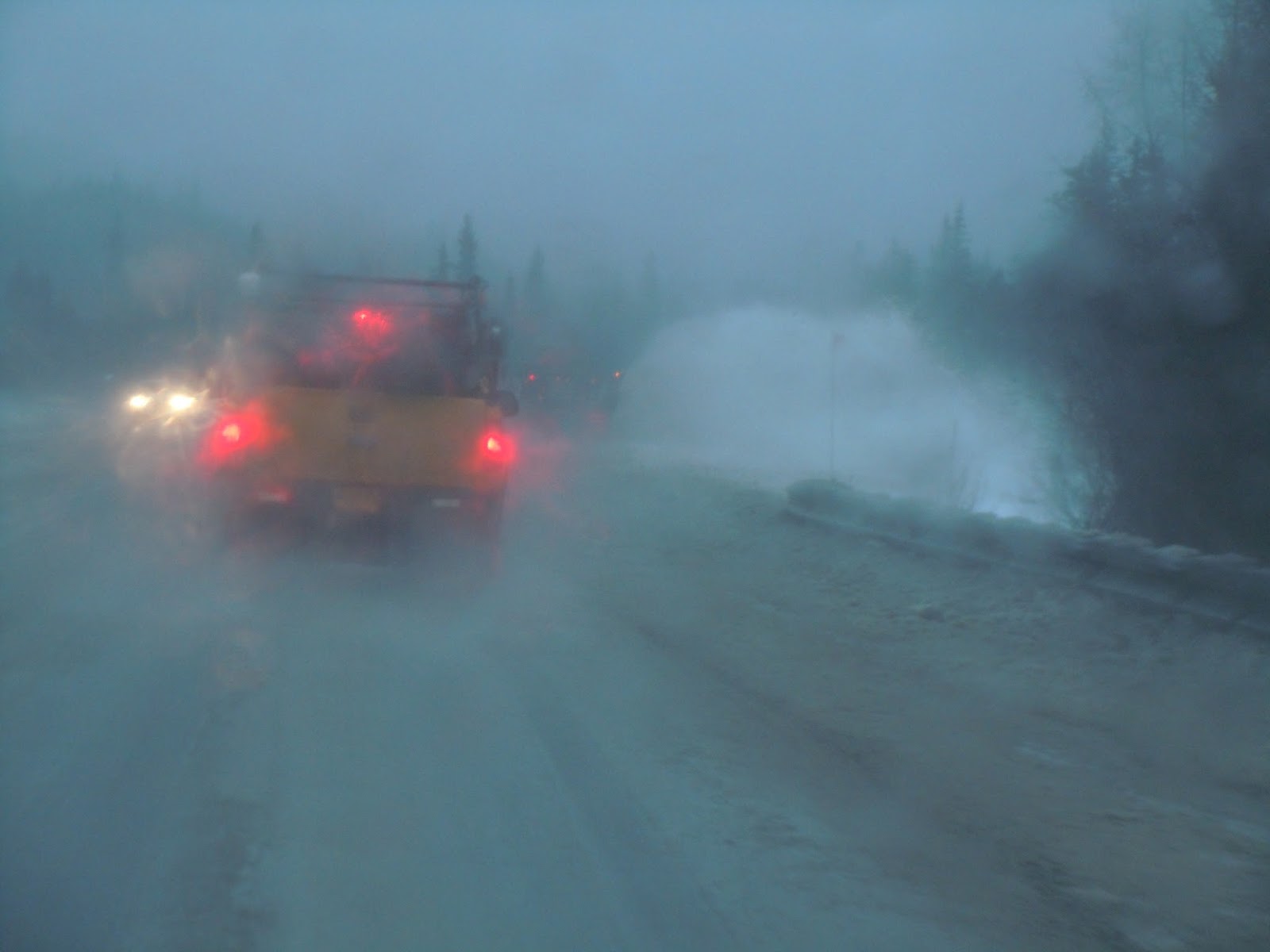 I am not tailgating.   I used the zoom.   Anyway you can see how nasty the conditions were.

I saw five bald eagles at the upper part of Turnagain Arm.   Can't imagine what they were after this time of year.


Got to Anchorage and went right to a car wash to get the silt and salt off the truck, then to Costco to gas up.


Then I hit the movie.

This morning, it was off to Seattle on Alaska Airlines.    AS I boarded the plane, I saw a large sign on the fuselage that noted Alaska Airlines has been ranked No. 1 in customer satisfaction seven years in a row by J.D. Powers.

Cloudy in town, but the sun peeked through layers in the clouds as we climbed out. 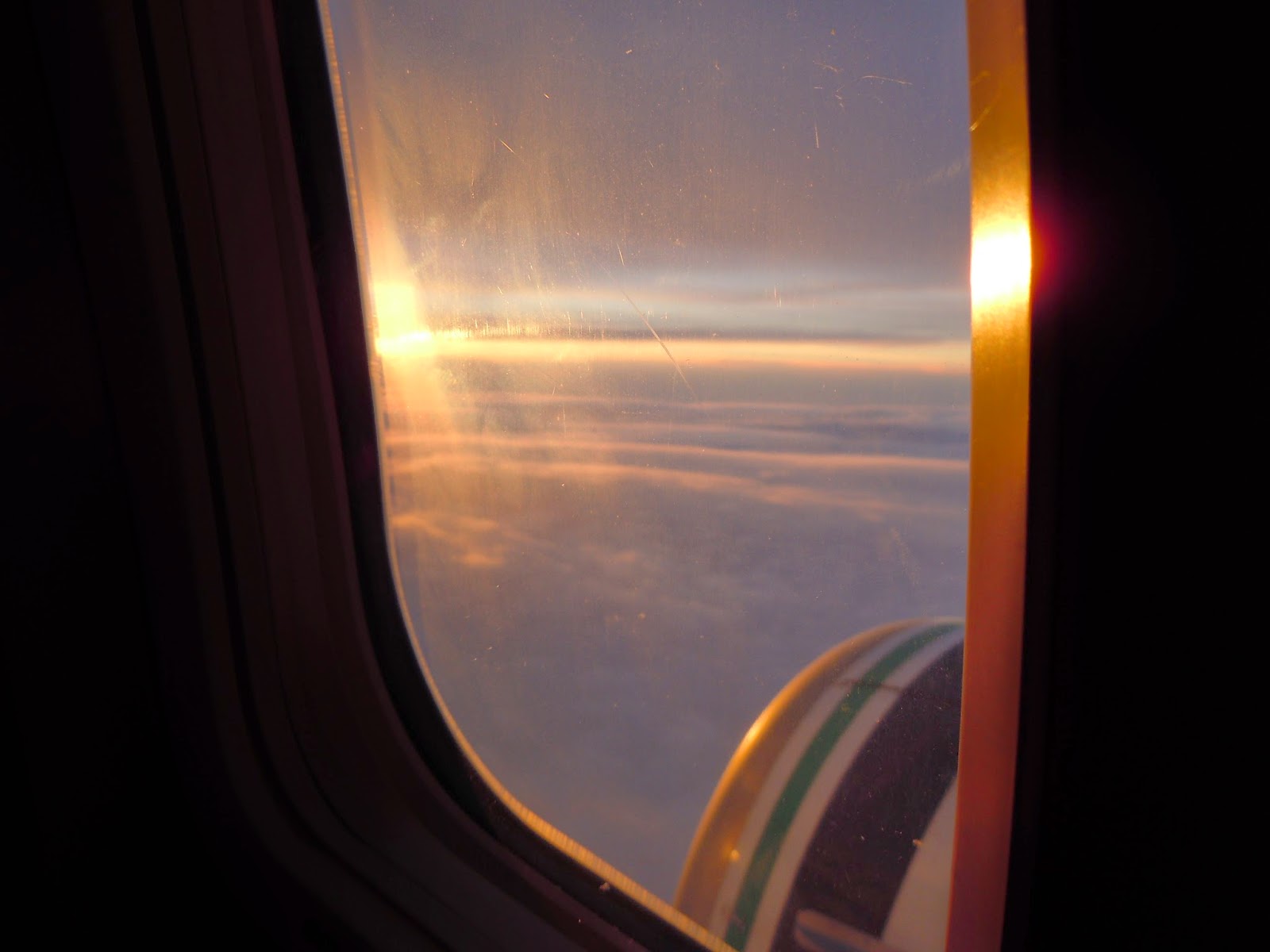 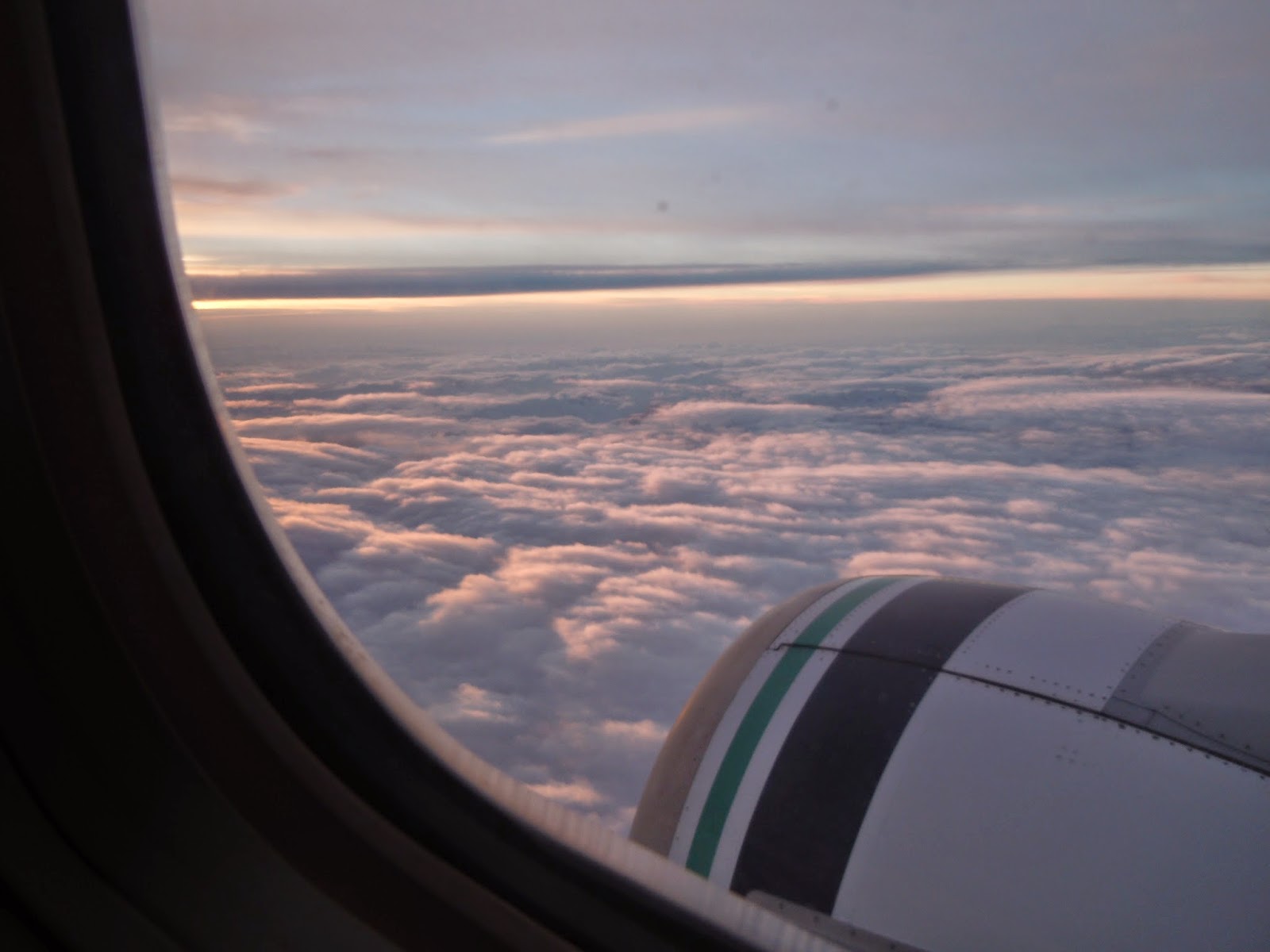 Nice pleasant flight, landed in Seattle late afternoon.   Wake up call for 3:30AM.   Will fly to JFK in New York tomorrow and overnight again before my Jan. 2 flight to India.   Four days of travel! 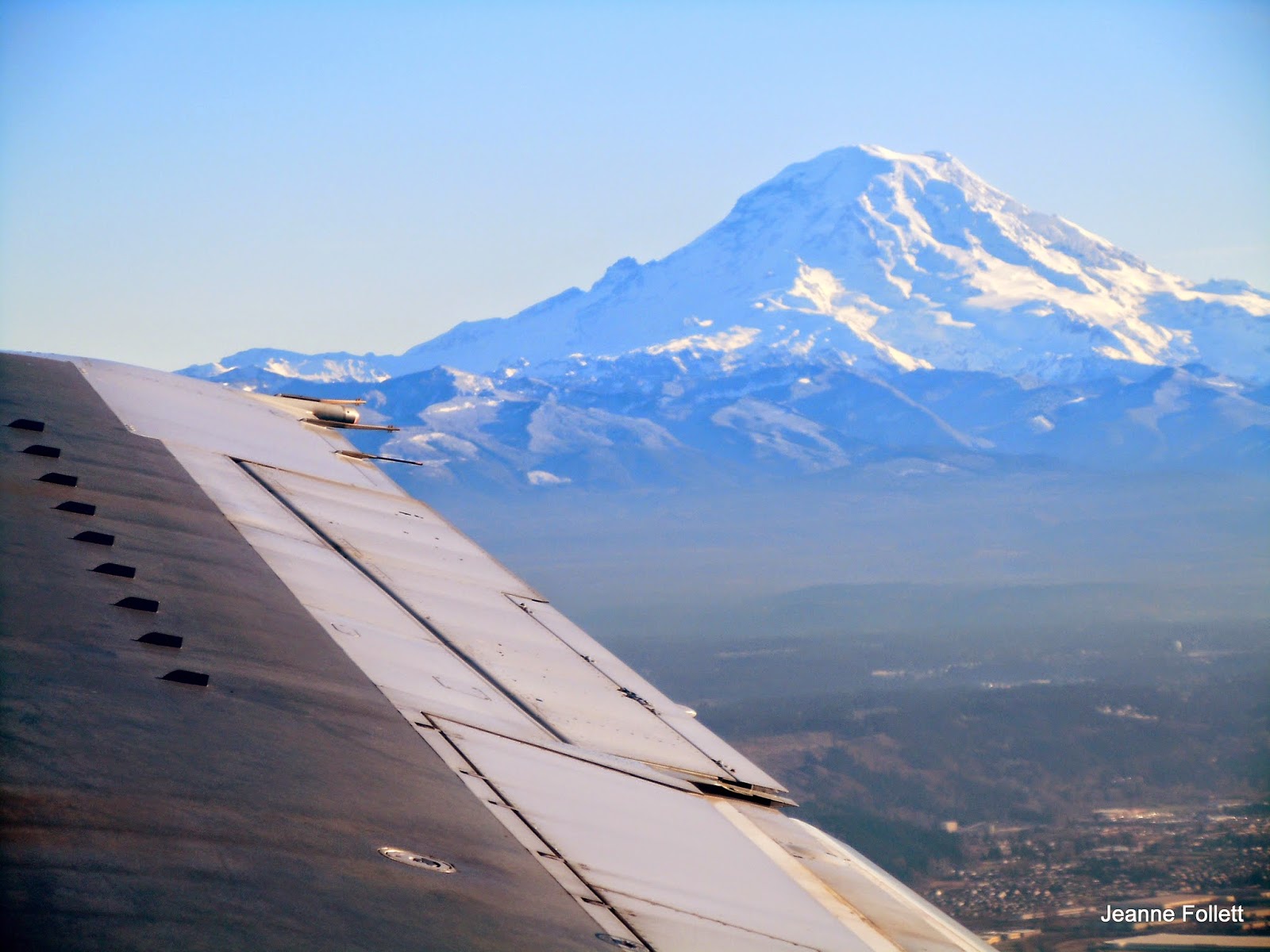 That light-weight suitcase I was so proud of?   I'm already wishing I'd left half its contents at home!
Posted by Gullible at 5:03 PM