When You Really, Really Need a Nap

It was hotter than blazes around here over the weekend.   Well, hot for this neck of the wood is in the low 80s, a very rare occurance.

I hid in the house both days until after 8 P.M., when the temperature dropped into the mid 70s.  Then I ventured out to go pick up litter along the highway.   It was, incidentally, broad daylight, but that's Alaska in the summer.

So, I was walking along, looking for and picking up litter, when I almost stepped on this little fellow.  I wouldn't have seen him if he hadn't fluttered a couple feet away. 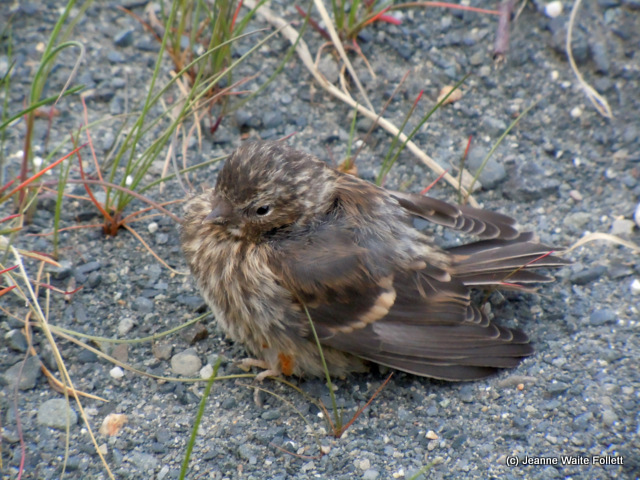 I think he was a pine siskin, but as fluffed up as he was it was hard to judge his size.   Siskins are small-- smaller than sparrows, so there's chance he was a sparrow.   Siskins, which travel in flocks,  also have a yellow wingbar and his was beige.

He tucked his head under his wing and went to sleep.   I couldn't believe it.   He was no more than three feet from the asphalt of the Seward Highway and he went to sleep. 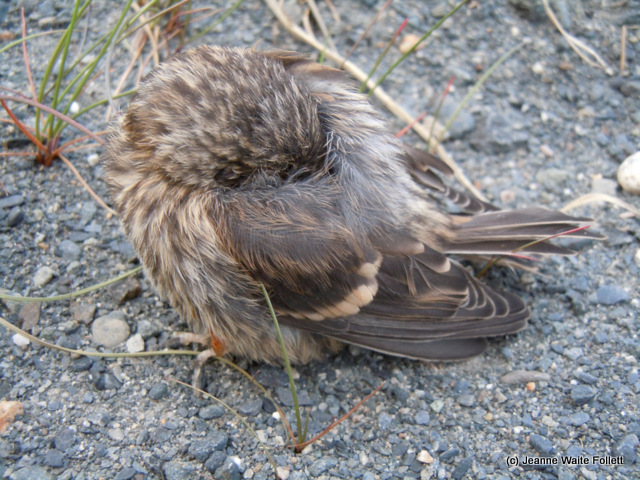 He also appeared to be full-grown.  I don't go peeking into the nests of siskins and sparrows, but I think they're still nesting.
I got closer.  He'd look around and go back to sleep.   I think I was too big for him to see.

I put my hand down in front of him.   Nothing. 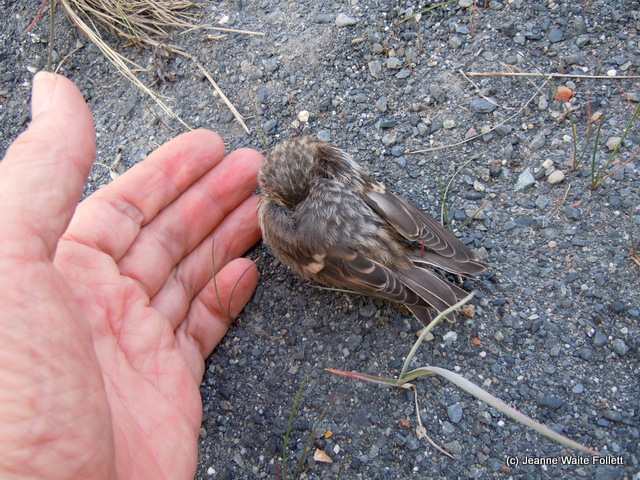 I lightly touched his breast with one finger.   He didn't even wake up.

I walked away, leaving him to his nap alongside a highway where vehicles are zipping past at 65 mph on a steep hill.

Later, I was coming up the other side of the highway, and in just about the same area, here's this little bird hopping through the grass.   It looked identical to the one on the other side.   This one, too, really needed a nap.   It fluttered up into a tree and went to sleep. 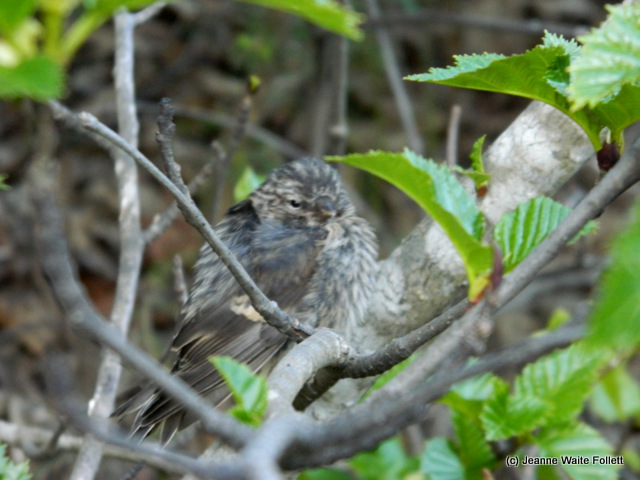 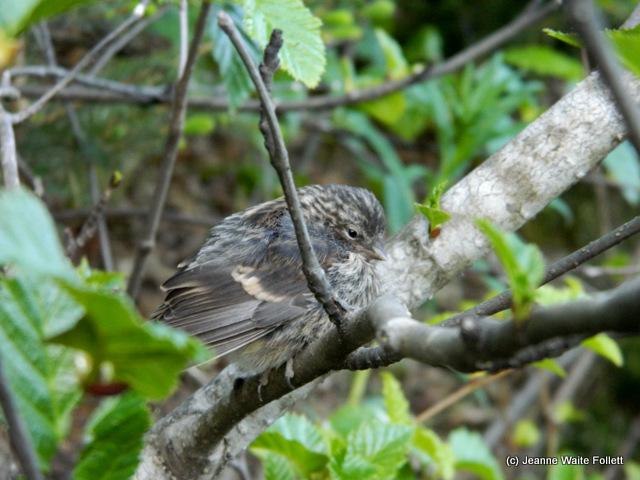 If Sleepyhead is the same bird, he managed to make it unscathed across three lanes of traffic, despite the fact that he seemed to fall asleep every few seconds. 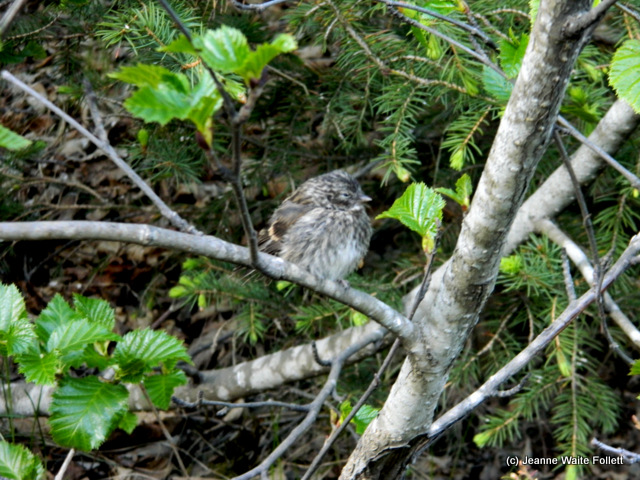 I took some photos, even went up to my truck about 75 feet away to get the good camera.   Took some more photos and when I left he was sleeping peacefully on an alder branch.