Today was not an ideal day to do either of the two things I wanted to do.   Windy with frequent rain showers passing through , with few breaks.  Good day to stay home (for a change) and do a few housework chores.

And that's exactly what I intended to do when I got out of my chair in the living room and headed into the kitchen.   I would strip my bed and then mop the kitchen floor.

Somewhere along the path to the bedroom, it occurred to me that I should make a quick trip out to Tern Lake to see what ducks were there today.   Many of them are transient ducks--on their way farther north--so being at the lake at the right time is important.

Next thing I knew, I was dressed for picking up litter and driving slowly by Tern Lake, trolling for ducks.   The usual suspects were there--the mallards and the goldeneyes and the mergansers, but also some transients, like Zorro the Ring-necked duck: 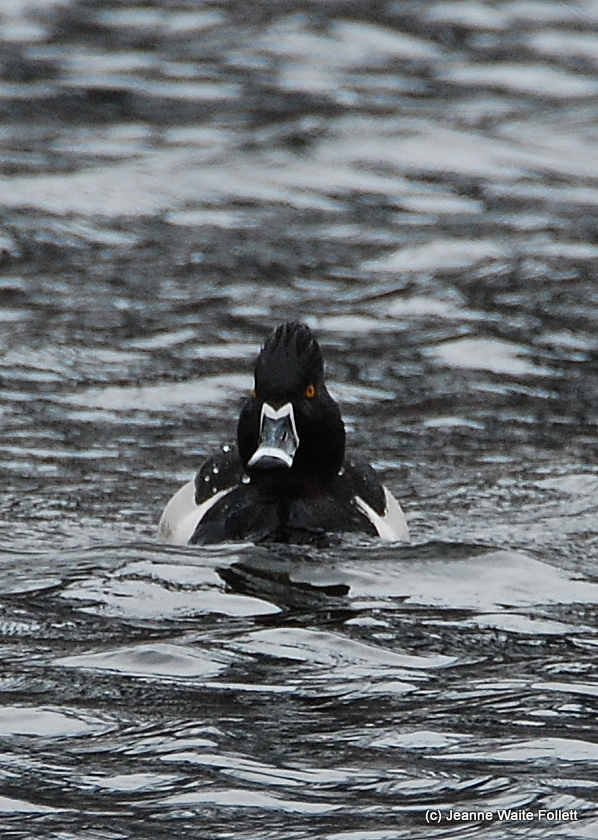 Such a fine fellow.   He doesn't look quite so angry in profile: 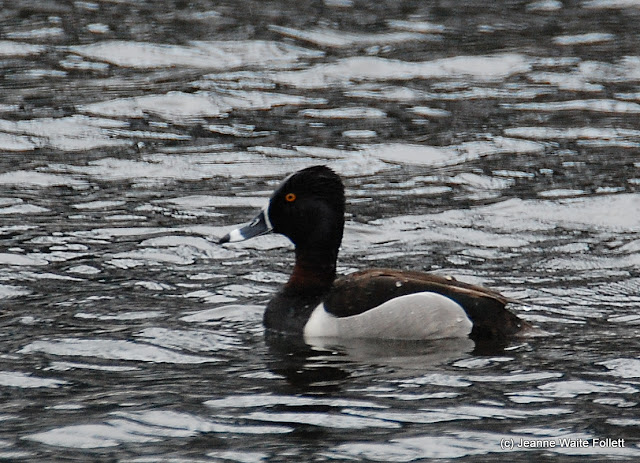 As you can see, the wind was still blowing and it was raining lightly, so I headed 18 miles down the road to check on another good place for ducks.


Guardrails line both sides of the road at Mile 18 marsh, so I cruised by slowly, checking to see if I should stop and sneak up on the ducks.   Duck hunting conditions looked good, except the wind was howling and it was raining. 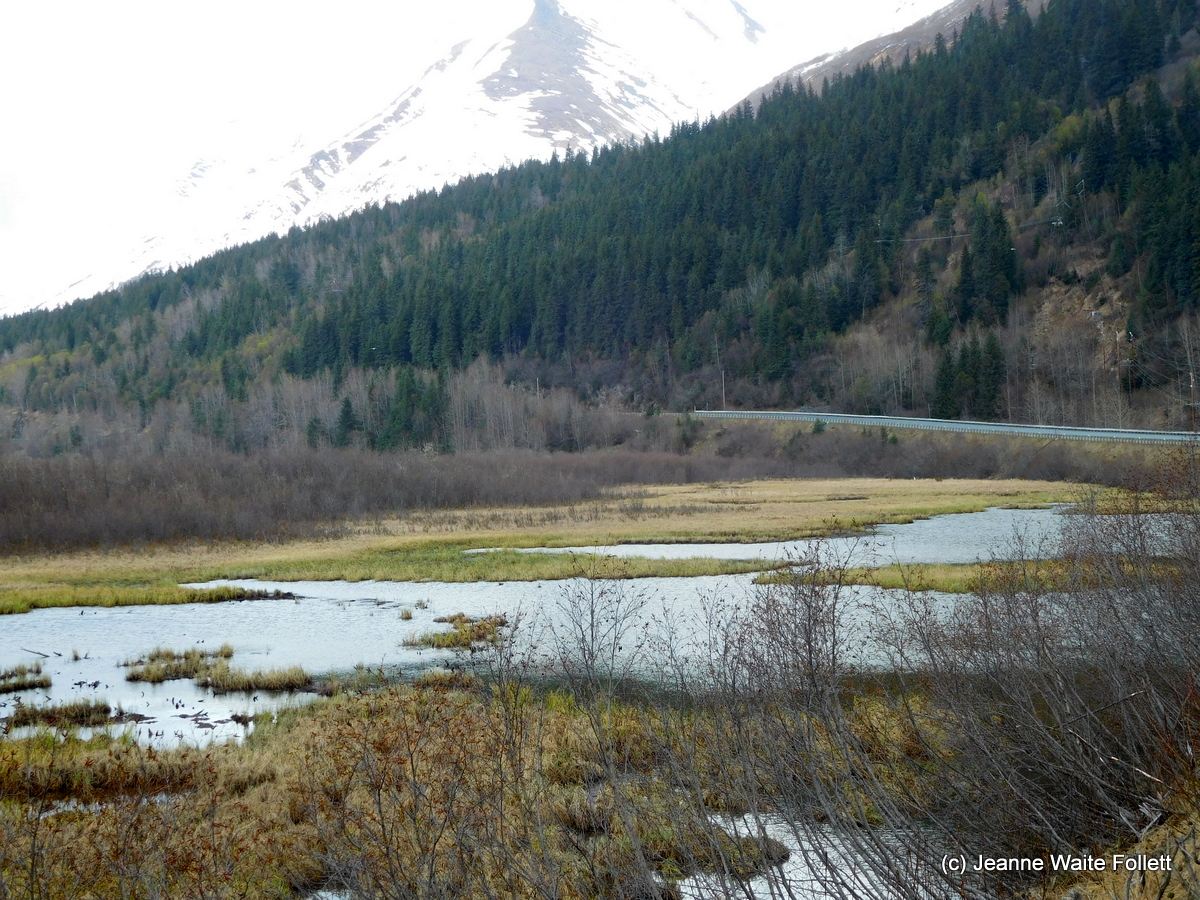 I drove another few miles to a lily pad pond, but saw only mallards and goldeneyes.

I headed back to Mile 18, and as I approached, the rain quit, the sun pierced the clouds and a rainbow appeared over the marsh I was headed to. 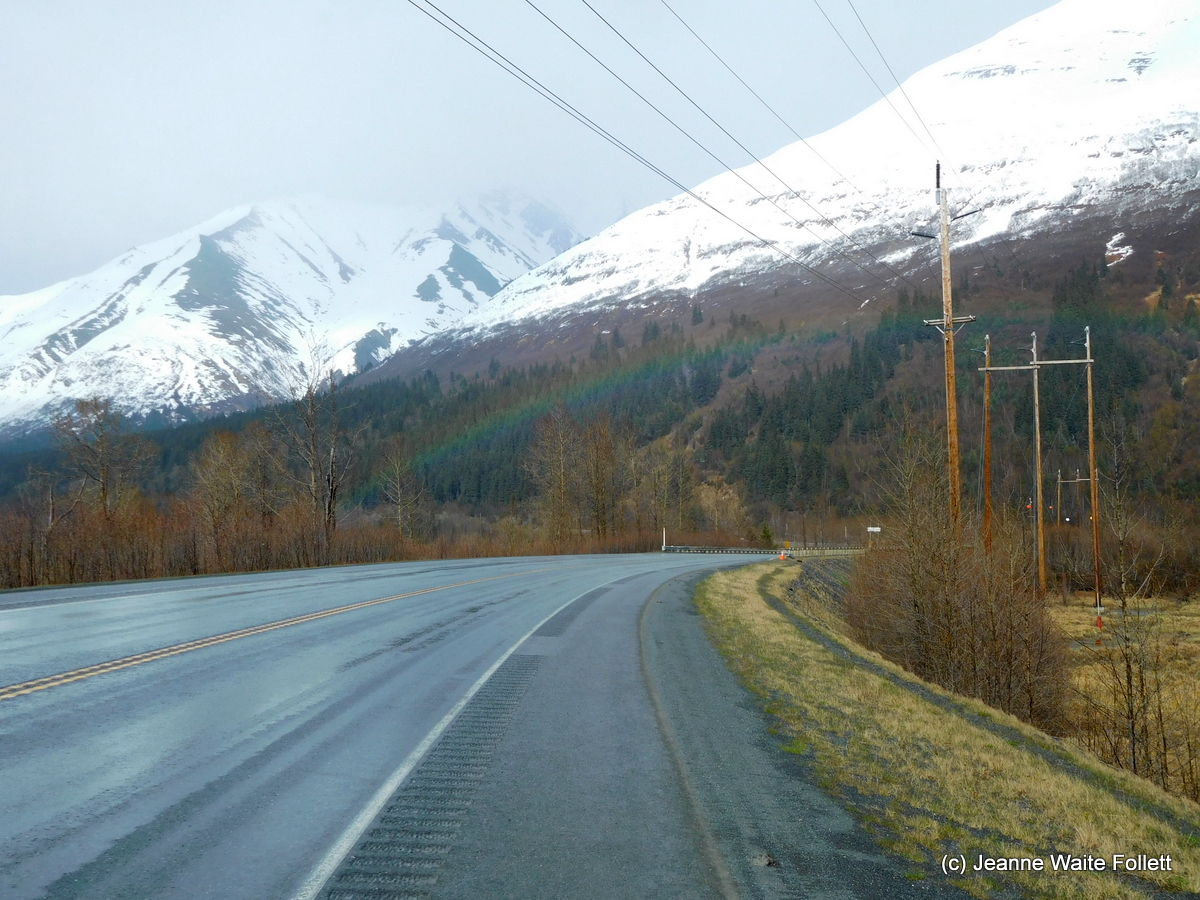 Now, those are propitious signs in my book, so I parked a quarter-mile from the ducks--a quarter-mile because of those darned guard rails.

As I neared the ducks, I saw two Canada geese.    I've always liked them, such handsome geese.   A bit earlier, I'd see a battalion of them floating on Kenai Lake, all facing into the stiff wind and rain.


These two were the only ones in the marsh. 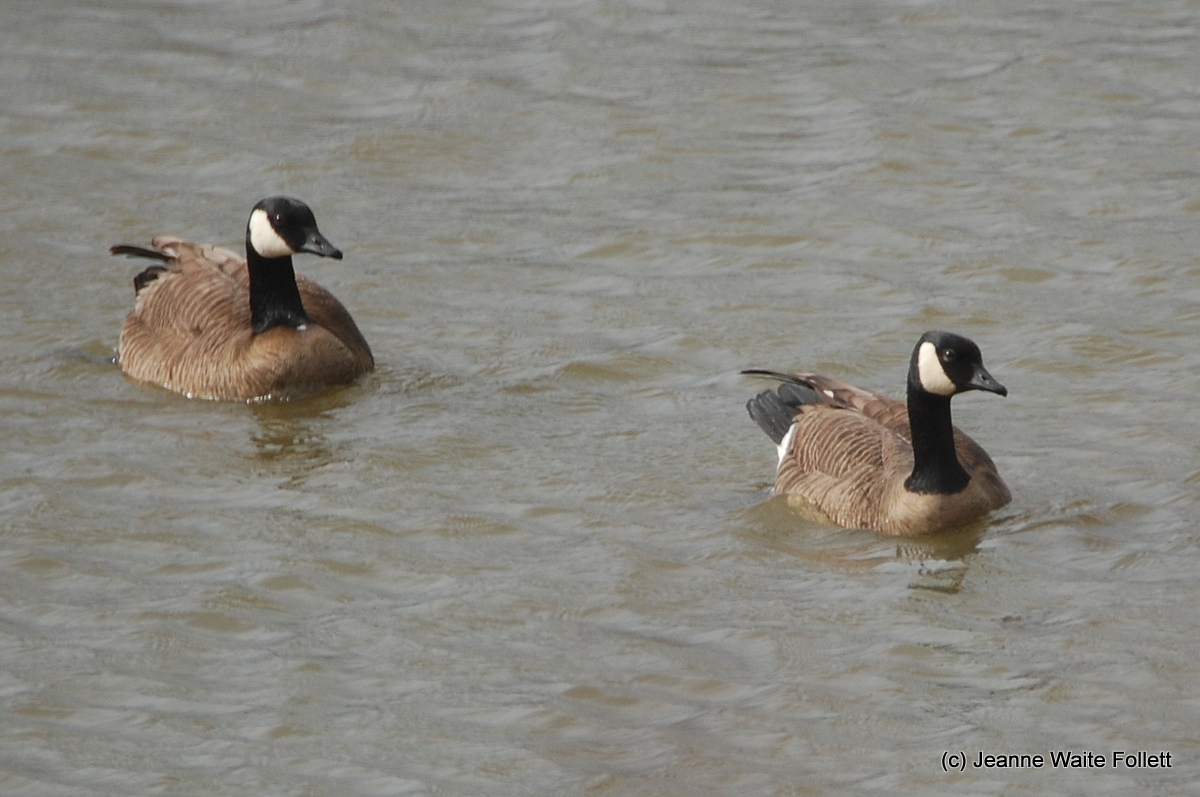 Do you think I could get just one of these pintails to look up for a quick photo?    Nope, not even that Northern Shoveler swimming in the opposite direction.  (far right of the flock) 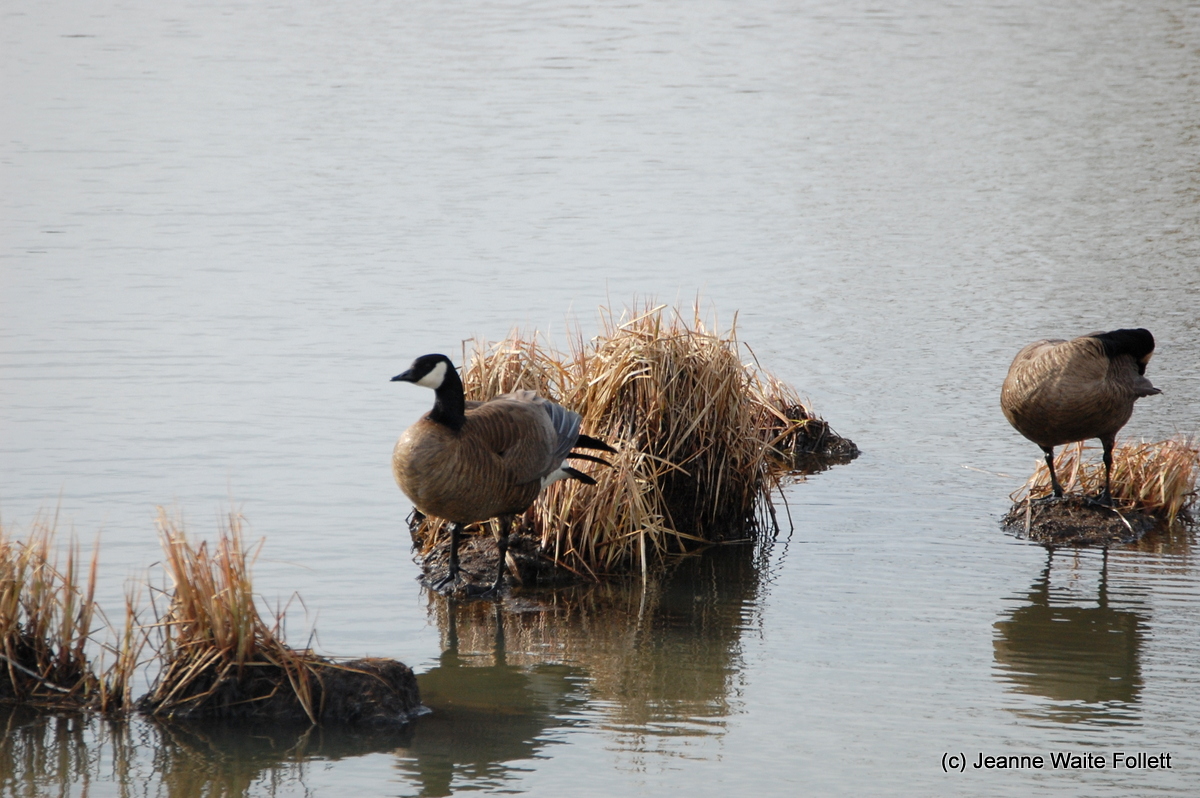