The Kenya Journals, Ch. 15, First Impressions on the Masai Mara

You never get a second chance to make a first impression.—Disputed origin

With reference to the quote above, I have three indelible first impressions of Governor’s Camp, the three things I will always picture when I think of this place :   enchanting, joyful, and awesome.

And it just got better from there.    But let me elucidate on those three things first:

Like Mara Intrepids camp, you can’t see Governor’s camp from the open savannah.  There’s a discreet dirt road that leads you into the trees and vegetation and you come to a security gate.   Unlike Intrepids, Governor’s camp isn’t fenced.

Once we get out of the safari vehicles, we are directed to an open-air bar/lounge for registration and orientation.


As we approach the lounge, I look to my left and see guests having lunch outdoors under the shade of trees.   In the woods along the perimeter, are the long necks of two giraffes.   I am toast at the sight.   Dining in the company of giraffes is enchanting beyond belief. 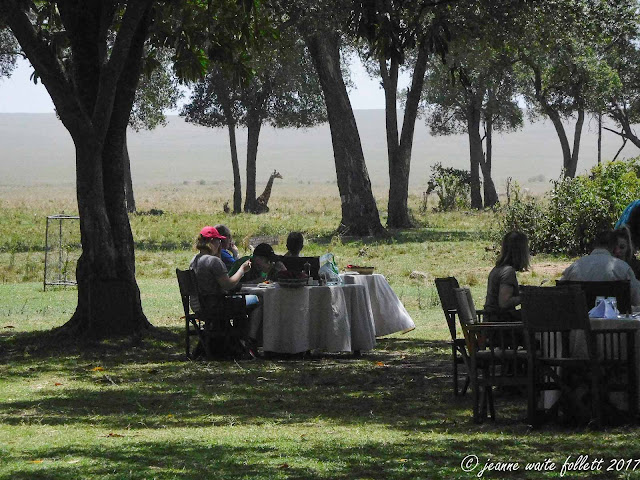 This, of course, is before a giraffe bashed me in the side of the head, and knocked out a bit of the infatuation I had with giraffes.   More about that later.

We are greeted in the lounge with a glass of cool fruit juice and asked to complete our registration.   On iPads!   Now, this is a first for me and leaves me pondering how far the travel industry has come.   Then, orientation. 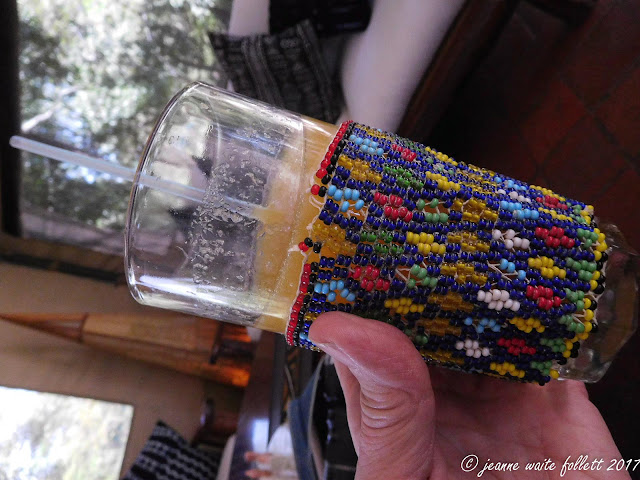 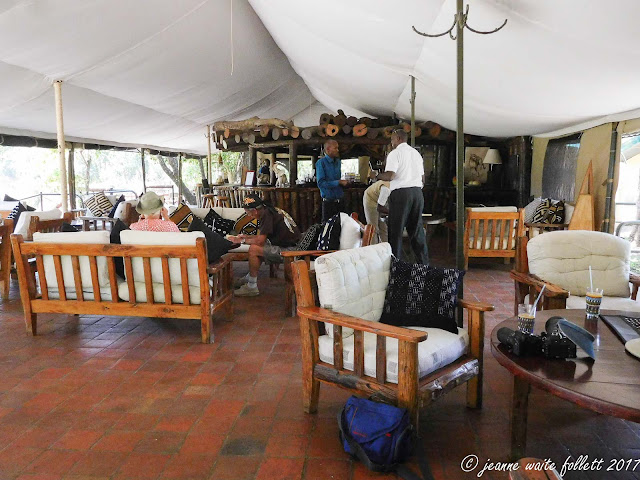 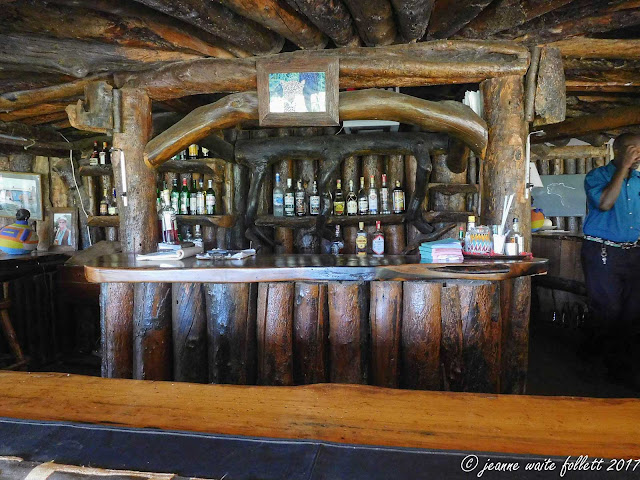 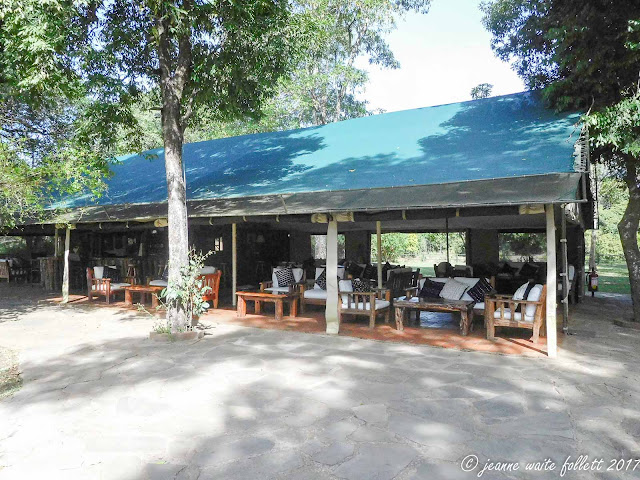 My attention is diverted to three warthog youngsters as they tear through the grounds, chasing each other through the trees, around the furniture, along the flagstone walkways.   I want to get my point and shoot camera out and video their fun, but someone is saying, “Don’t go out of your tent at night!”

My attention snaps back to the speaker and the joyful little warthogs disappear into the thick vegetation.

Don’t go out at night?    More about that later.

Registration complete, we are led along the river bank to our tents.   Because of a mix-up, we are not placed in tents that face the savannah, but instead are offered SINGLE tents along the river.   Single!   No roommate!    Greg is disappointed, though, as he wanted to try nighttime sky photography on the savannah, especially with a full moon the next night.

I am thrilled to be along the river, and more about that later, too.

A whole tent to myself is awesome enough, and as those in my group choose tents 27, 26, and 25, I say dibs on tent 24 for one reason.  After that, the tents get a bit farther from the river.

And there is tent 24, probably the closest to the path that winds along the steep river bank.   Not only is the tent door zipped open, but so are the screened panels.   Drawn wide open and tied back.   So inviting. 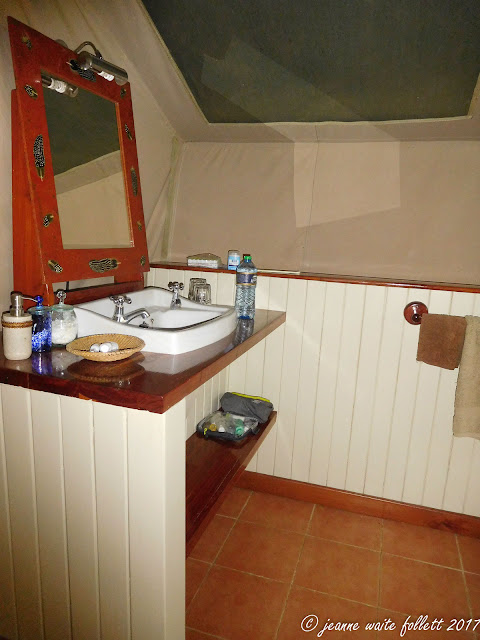 I check:  not a bug in sight, but this is early afternoon and the insects at Intrepids  camp that would evoked a nightmare version of Alfred Hitchcock’s “Birds” didn’t appear until nightfall.

Those are my three first impressions.   As I said, it just got better from there.

We are a little late, but they kept the lunch buffet open for us, and we, too, dined with giraffes.   At one point, Greg walks down a small bank and approaches the river to take a photo.


He is immediately joined by a security person who politely asks him not to go any farther because of the danger.  More on that later.

Then, because the safari vehicles don’t go out during the heat of the day, we go back to our tents to unpack and get our camera gear organized.

And start downloading the photos taken during the drive from Intrepids camp to Governor’s camp.

As you can see, I’ve promised more information about a few things mentioned above, but right now?   It’s safari time. 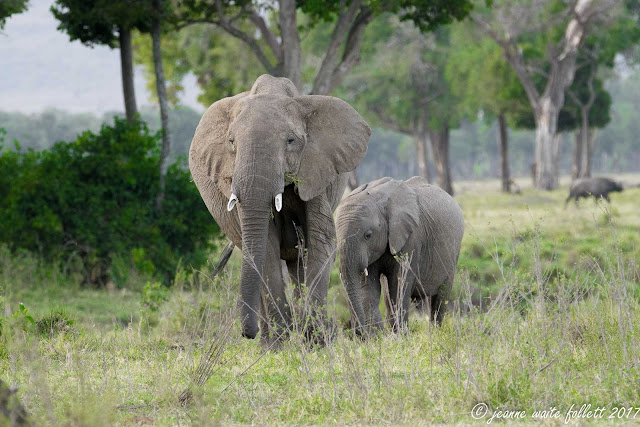