Newcomers to the Breakfast Club

The Breakfast Club consists of the usual suspects--the black-capped and boreal chickadees, the red-breasted nuthatches, and four ubiquitous Steller's jays in their flashy blue.


They are also joined by the beautiful pine grosbeaks, who fly through in a large flock several times a day.   A few days ago, I estimated there were three dozen.


Black-billed magpies re also regulars, but--again a few days ago--there were eight of them waiting for breakfast by milling around in my carport, and under the travel trailer.    Eight of them!   Chain migration at work.

Common redpolls, about the size of chickadees, are a welcome addition.   There is something about them that just makes me smile.

BUT!!!   The biggest surprise is the downy woodpecker that showed up at the suet block that hangs in a tree off the front deck.   It's really hard to catch them holding still long enough for a photo, and it took a few days before I succeeded. 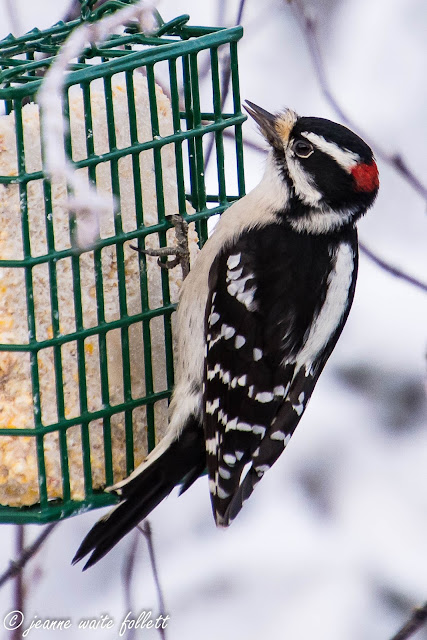 I was outside one day, hand-feeding peanuts to the little birds when the woodpecker flew over to the tree where I was.   It landed on the trunk, right at the same level as my outstretched hand and lingered for about a minute.   I can only think it was looking to see what the little birds were so interested in.   Whatever the reason, it was quite a thrill to be only five feet from this bird.

The trumpeter swans that winter over will never show up for sunflower seeds or suet, but it's still a thrill to see them in nearby lakes and streams. 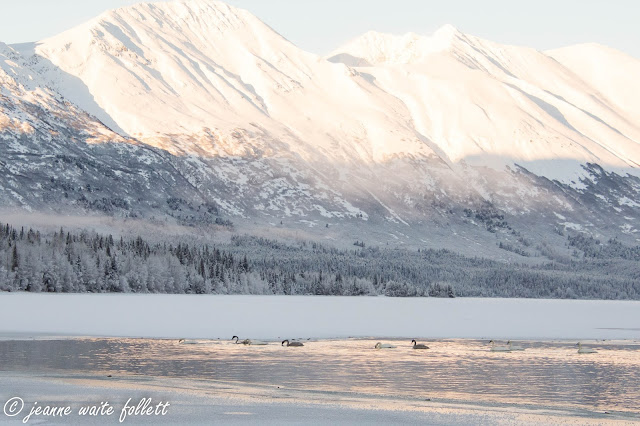 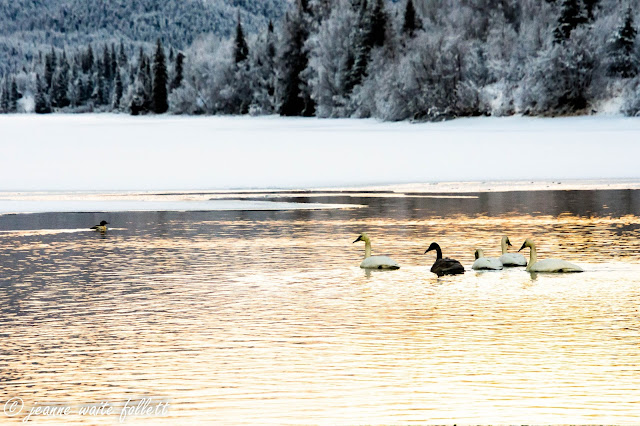 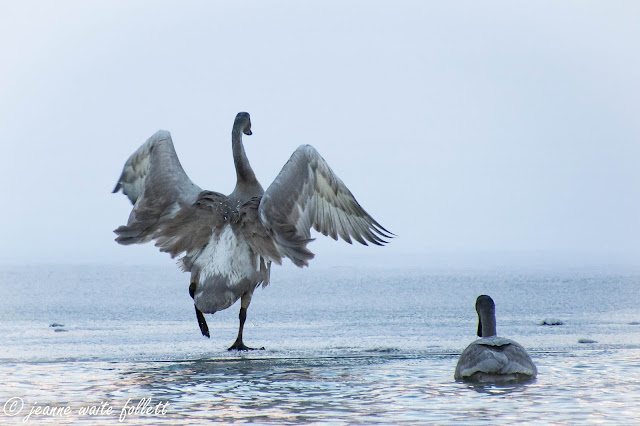 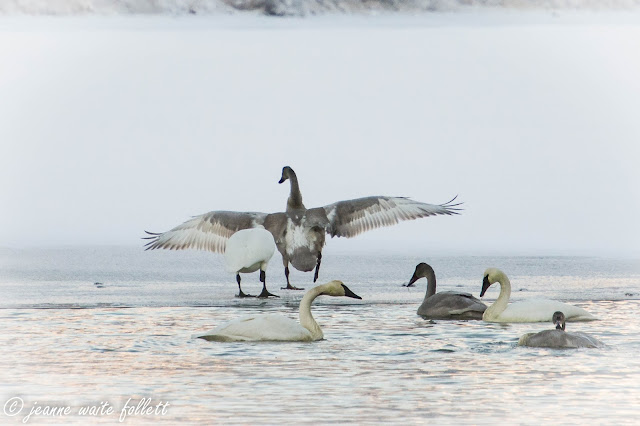 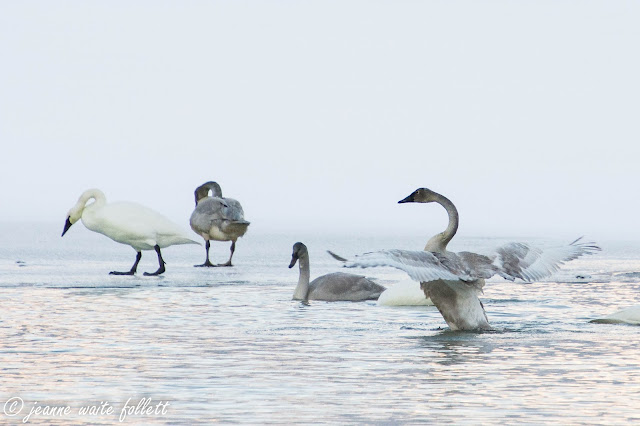 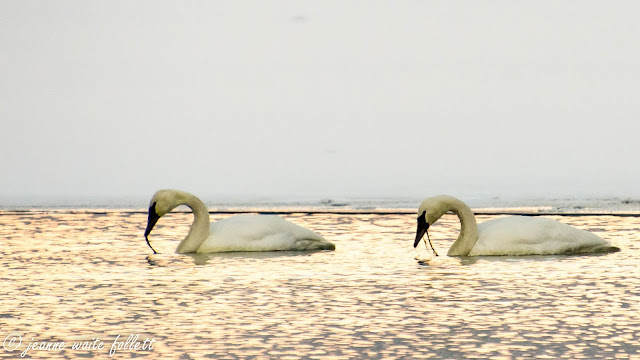 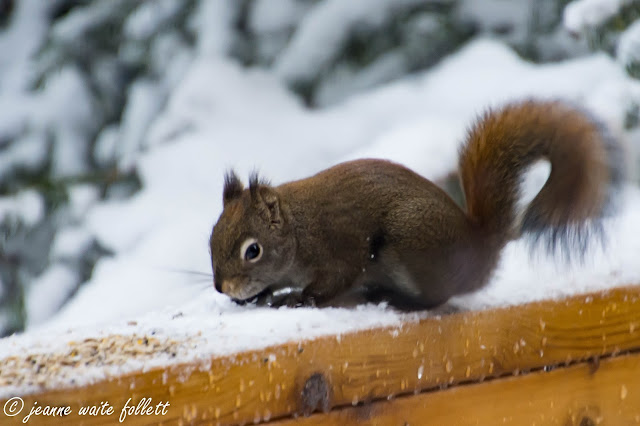