The 2021 Africa Journals, Ch. 16: In Which We Find the Predators of Samburu

In Which We Find the Predators of Samburu

A lion's work hours are only when he's hungry; once he's satisfied,

the predator and prey live peacefully together.

We're bump, bump, bumping along early one morning when both Shelly and Laura spot a lion off  on a side road.  The guide backs up and there he is, calmly licking his paws. 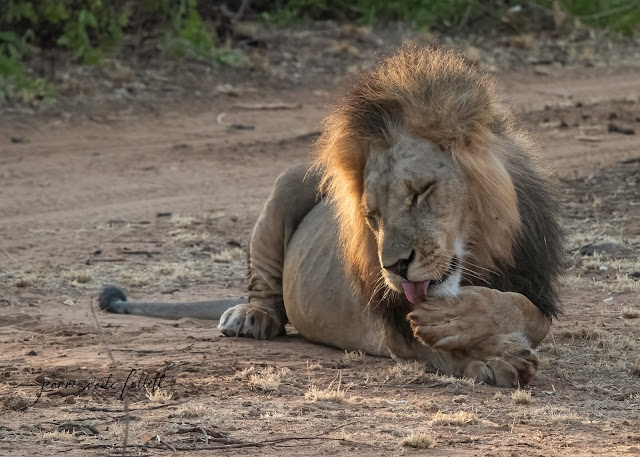 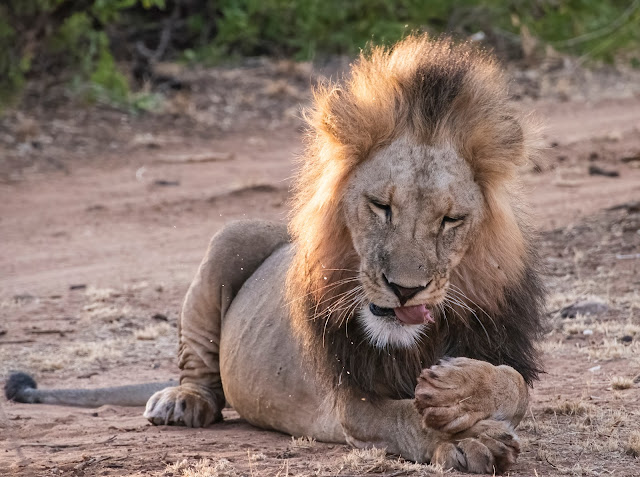 One lion leads to another, and there's his brother finishing off the kill they'd made. 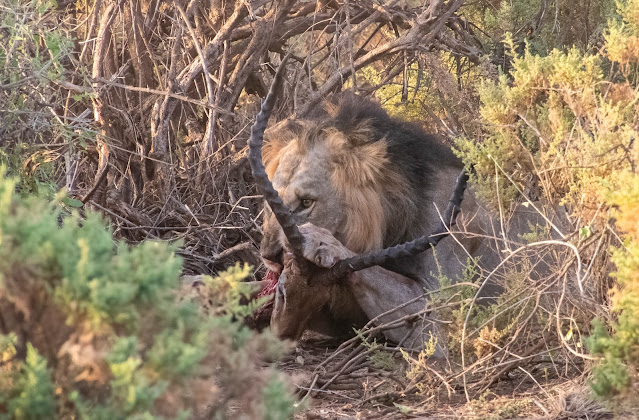 Then the brothers are out in the sunshine and headed toward the river. 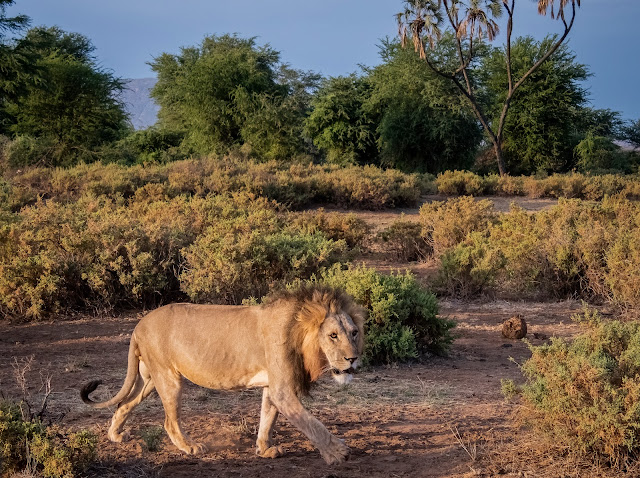 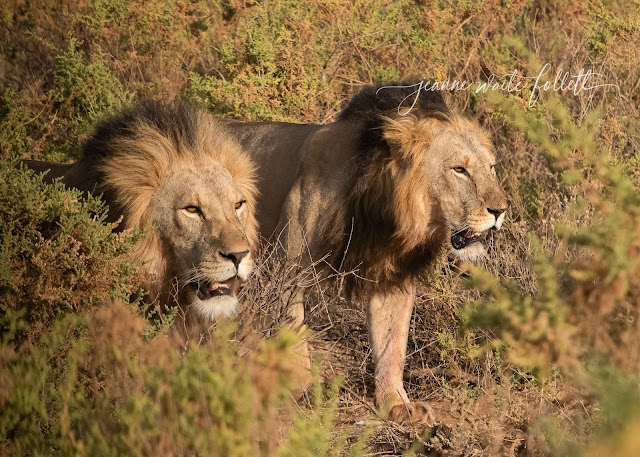 Down to the river for a drink after a heavy meal. 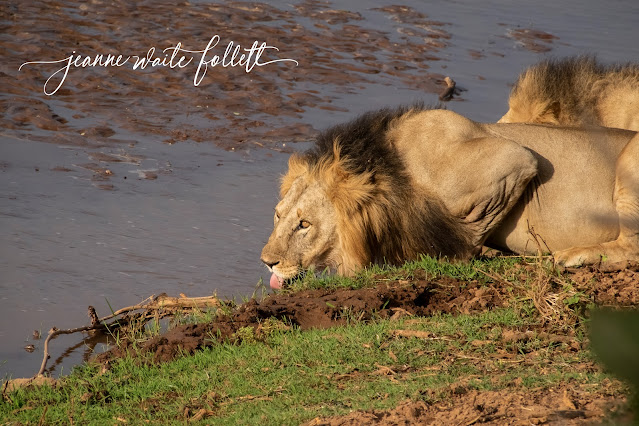 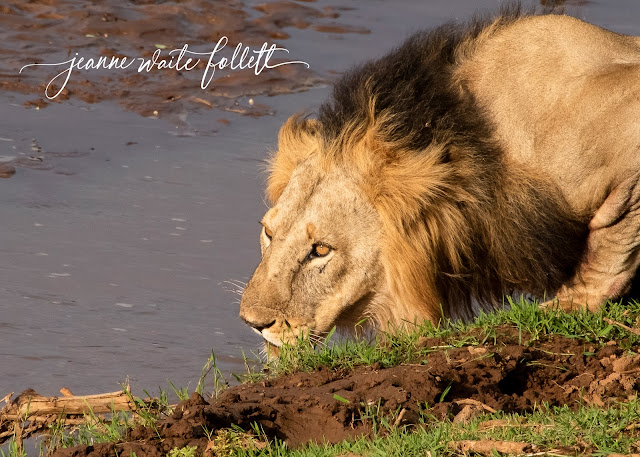 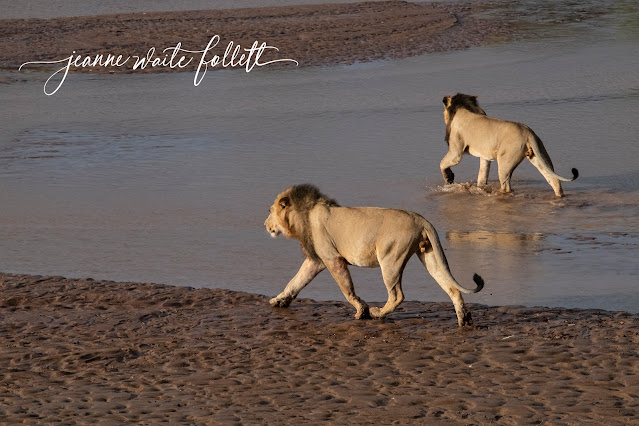 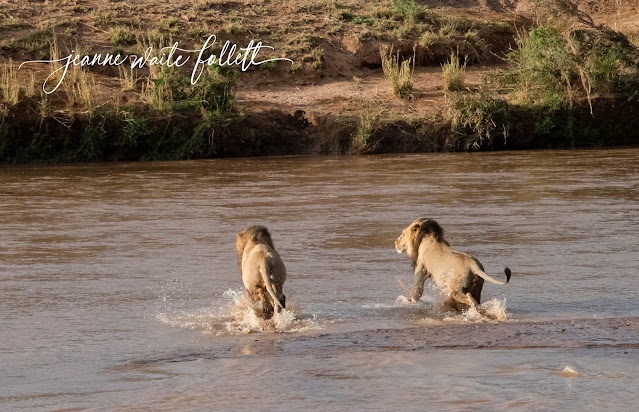 They have reached the deep channel on the far side and are hoping there aren't any crocodiles hiding underwater. 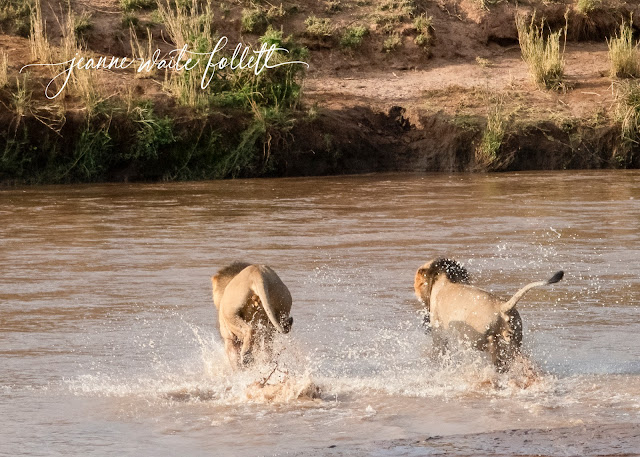 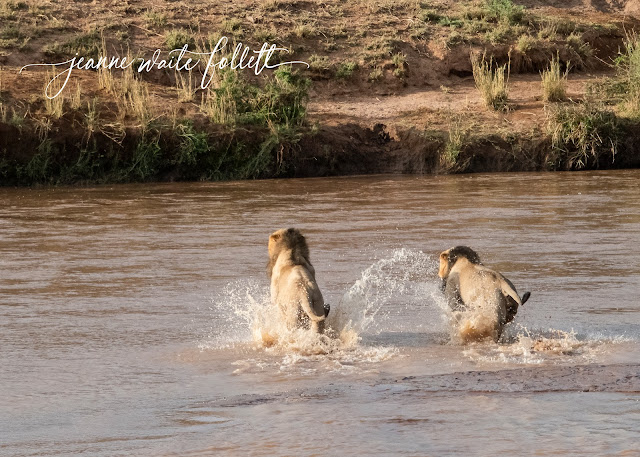 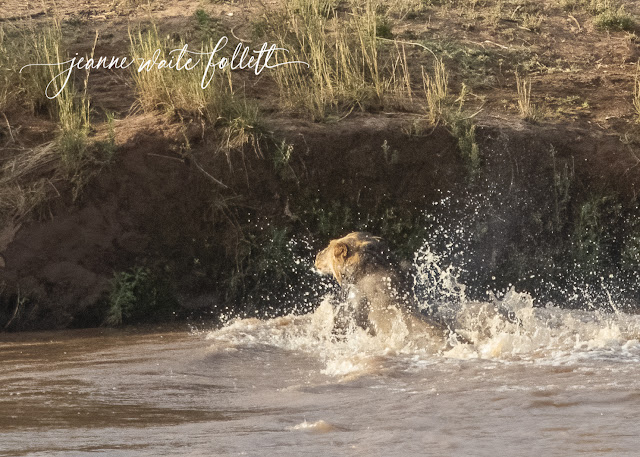 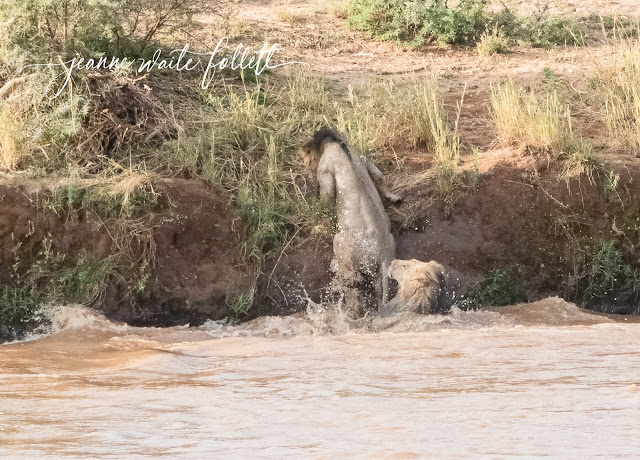 Look at him check on his brother. 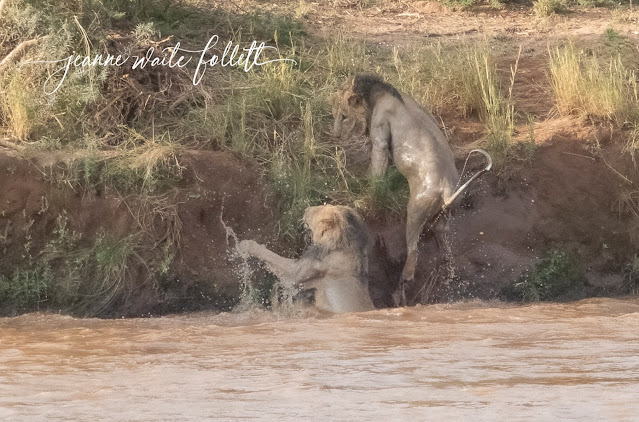 And safe on the far shore. 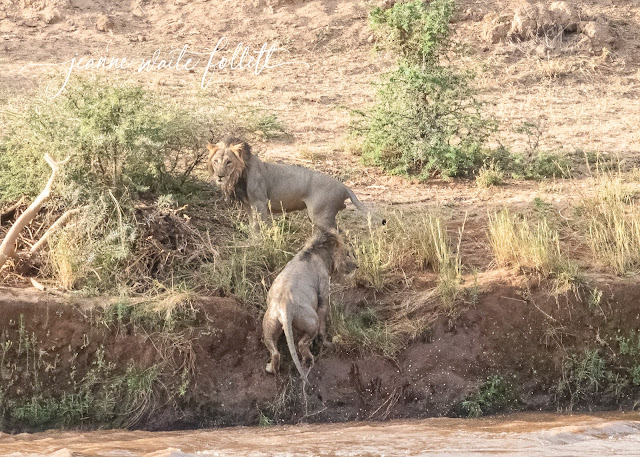 No lion for you today, Crocodile. 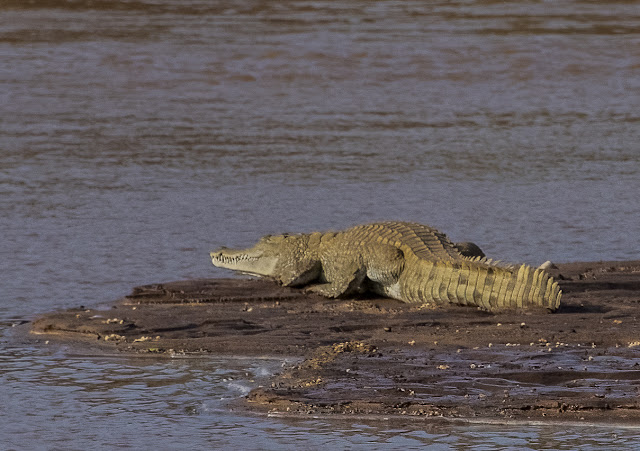 One evening, after much searching, a leopard was spotted and we rushed to see it.   She was very illusive until twilight. 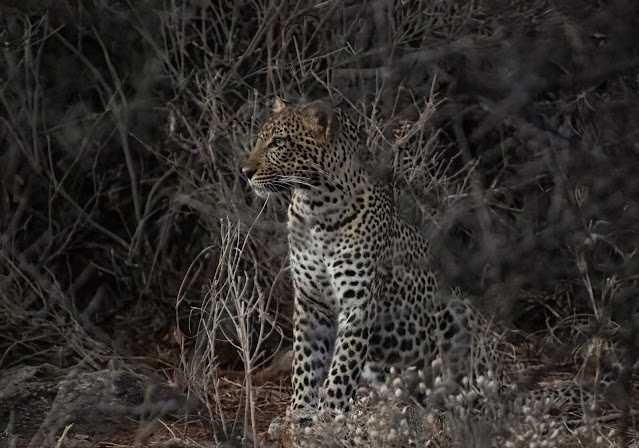 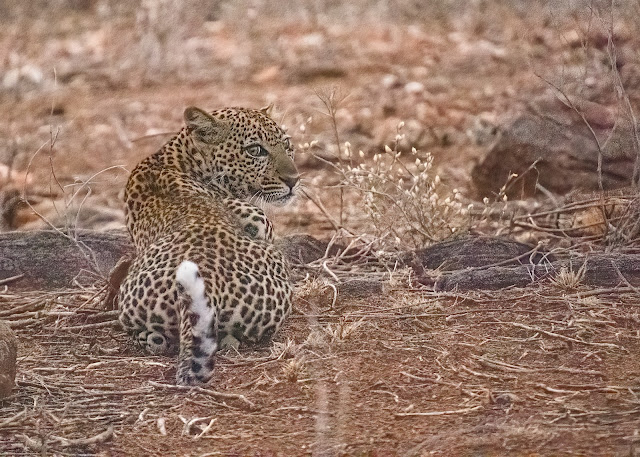 And then there was the cheetah with her young cubs hidden deep in shrubs. 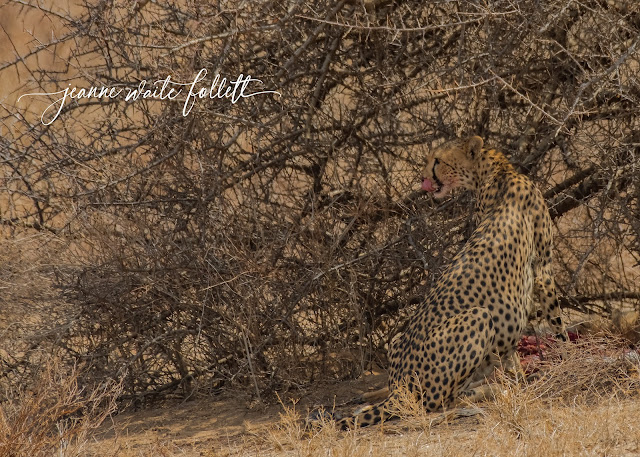 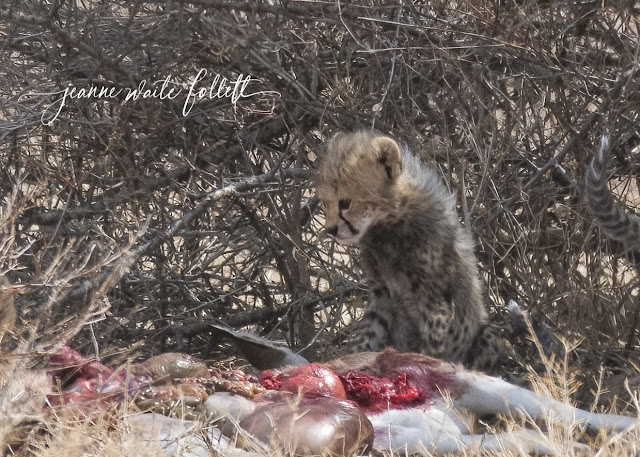 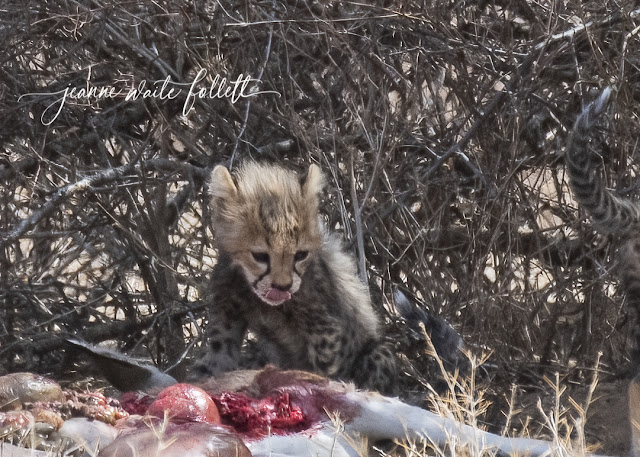 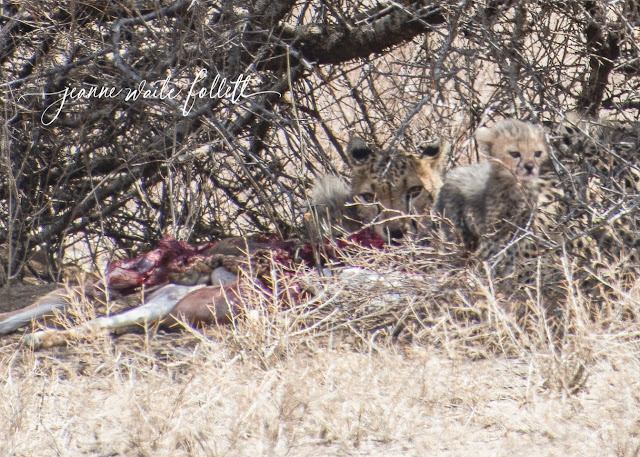 And there you have the three main predators of  Samburu National Reserve--the three big cats. 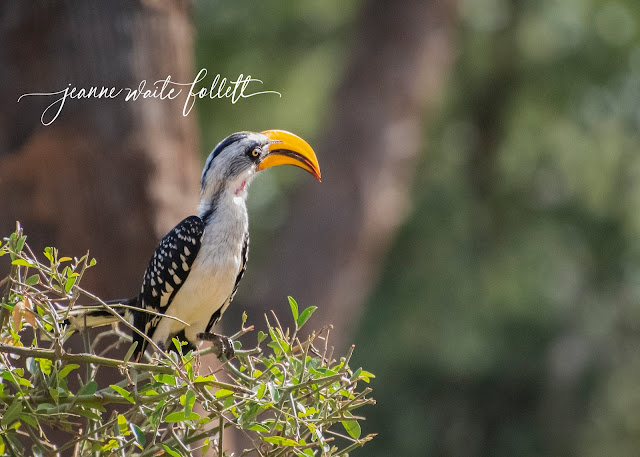 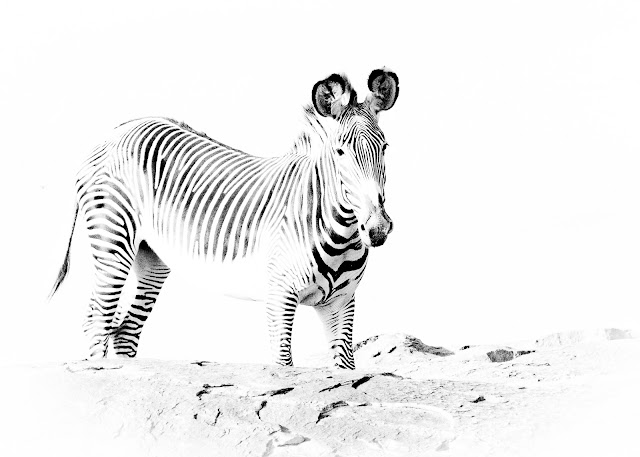 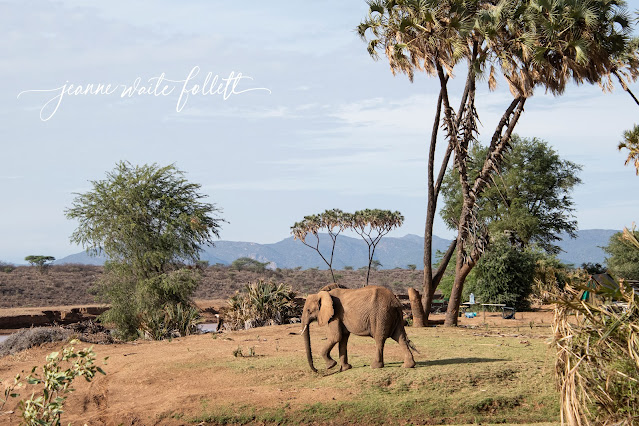 When you pitch your tent on an elephant trail, expect some visitors. 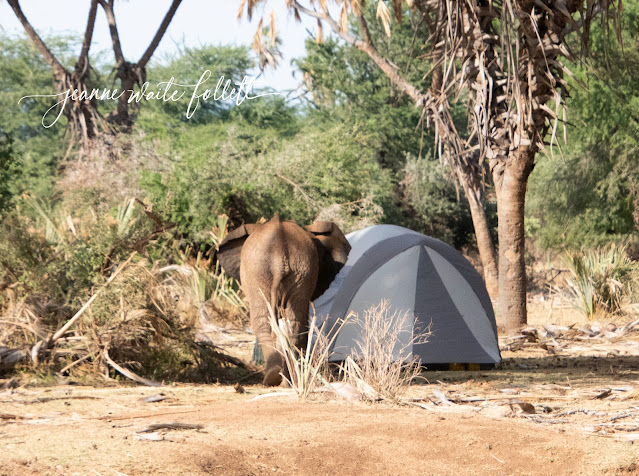 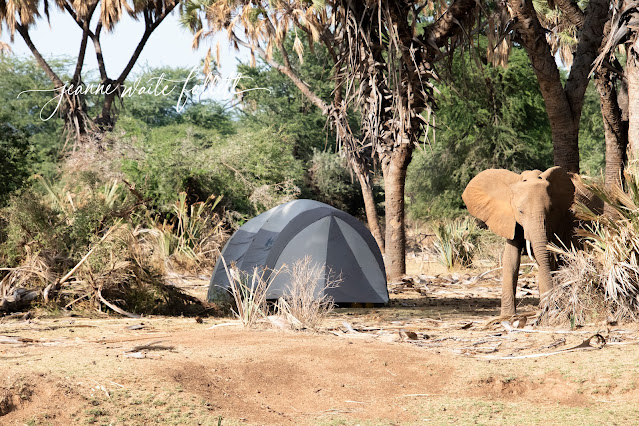 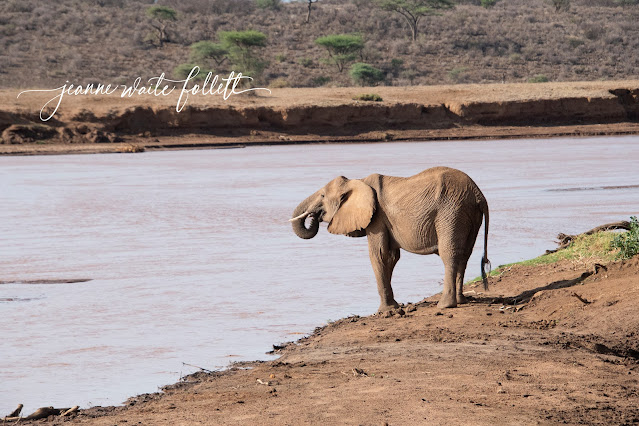 Next:   May there be Rhinos!