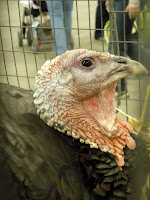 Palmer. Site of the Alaska State Fair. There's a reason it's held here every year. This is farm country.

Or rather, it used to be farm country. Nowadays it's mostly subdivision country. There are still a few farms operating, but nothing like back in the day.

There's some history here, too, and it has to do with President Franklin Roosevelt and the infamous New Deal. In 1935, in the dirty depths of the Great Depression, 203 of the hardest hit farmers in Michigan, Wisconsin, and Minnesota were offered the change to go north and prosper in the Territory of Alaska.

Made sense, after all, to extend the offer to folks who already had experience as farmers--and who were already able to take care of themselves in extreme cold. After a spurt of infrastructure construction, the colonists, as they were called, arrived in the Matanuska Valley to join the few farmers who were already tilling the rich loam. 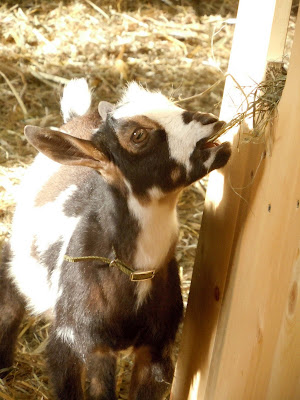 A drawing was held for the 40 acres of land that each colonist would own. As you can imagine, the would-be farmers encountered many problems and obstacles, and quite a few left.

By the way, Matanuska is the name of a glacier and its river, a river with a voracious appetite for gobbling up homes along its banks. "Su" is short for the Susitna river that also runs through the valley, so Mat-Su is short for the entire area., which includes Palmer and other small towns in the area. Mmmm...including Wasilla. 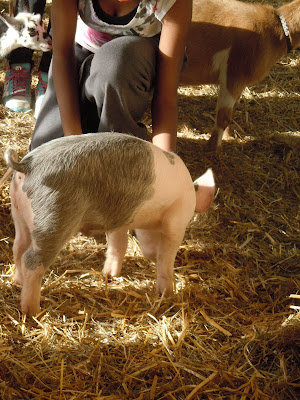 Fairs are all about farms and crops and animals. Theoretically. There are also carninal booths a rides, a stomach-bending assortment of food choices, numerous crafts, and entertainment.

But this fair is renowned for its veggies. Giant veggies. Veggies that soak up the moisture, bask in round the clock daylight, wallow in the fertile soils, and (I'm sure) channel the competitive excitement of their growers.

While I was wandering around in search of a pork chop on a stick, the cabbages were being weighed. I watched a couple in the 35 lb. range, and figured this must be the baby cabbage weigh in. Off I strolled, and saw these be-ribboned veggies on steriods: 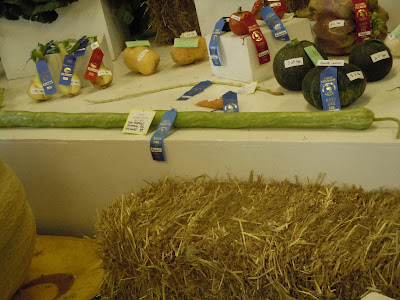 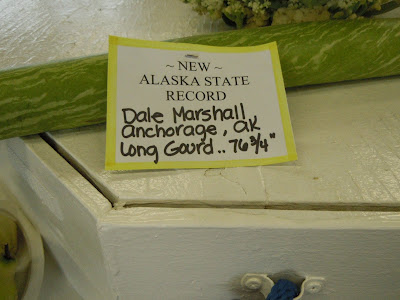 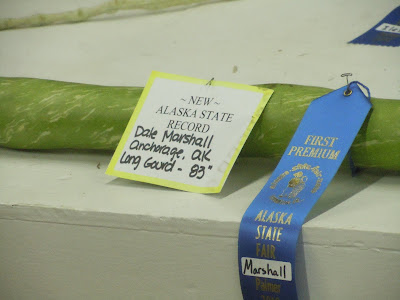 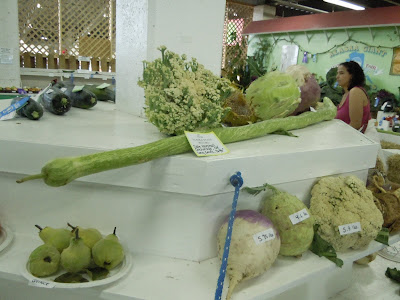 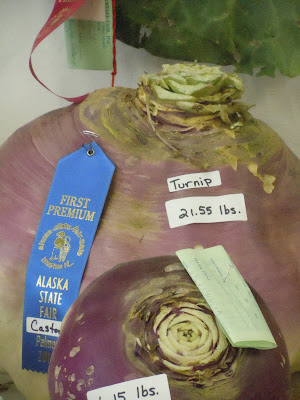 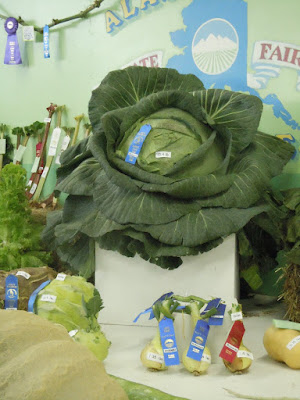 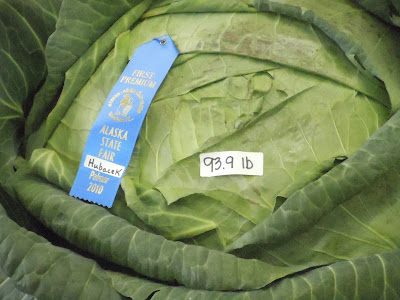 Little did I know that Mr. Hubacek had yet to weigh his next cabbage. While I was marveling at 93.9 lbs of sauerkraut, cole slaw, and stuffed cabbage rolls, he was dragging into the show ring a 105.6 lb. monster.

And that cabbage, friends, was 22 lbs. less than the Guinness world record 127 pounder that he entered last year.

Ah, but Anchorage had a red hot competitor. Not only did his long gourds win ribbons, but take a look at this: 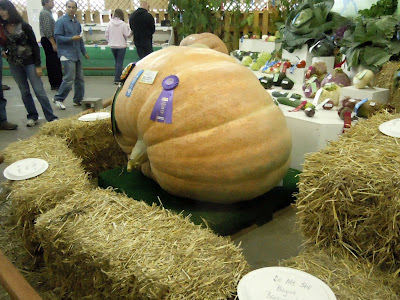 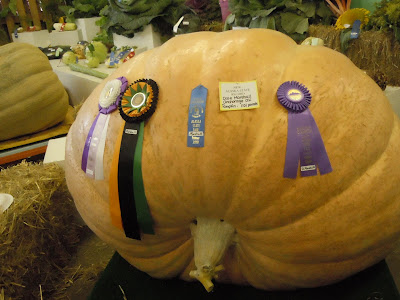 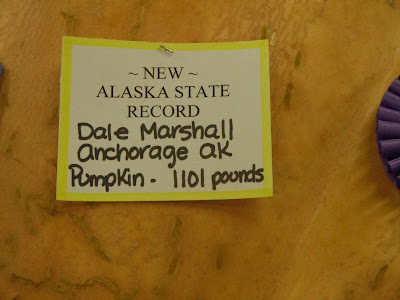 Then I went off and found my pork chop on a stick. When I'd eaten as much as I wanted..... No, not anywhere near as much as I wanted, but more like "as much as I dared...," I headed for the exit. I'd been there two hours already, about as much of crowds as I could take and the crowds seemed to be increasing.

Just before the exit gate, I did something I've trained myself to do. I turned around and took one more look. This is what I saw: 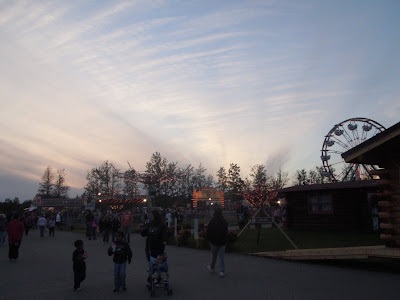 I stayed. No way was I going to let a sky like that go on without me and my camera.


For more information on the Matanuska Colonists: http://explorenorth.com/library/yafeatures/bl-matanuska.htm
Posted by Gullible at 10:26 PM