Labor Day Weekend, Part One: Getting to the Fair 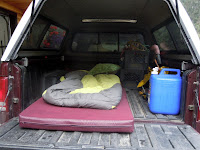 Late Friday night I lay in the bed of my pickup in a far-off corner of a farmer’s field. Warm and snug in my down sleeping bag, comfy on a two-inch thick foam mattress, I watched the beams from headlights play across the ceiling of the truck cap that protected me from the night dew.

When the headlights turned away, I glanced out a tinted window and thought I saw stars. I waited as my eyes adapted to the dark, and there it was—the seven brightest stars of the Ursa Major constellation, or the Big Dipper as it is more commonly known.

The Ursa Major constellation graces the state flag. A young Russian-Aleut boy named Benny Benson had drawn the winning design in a contest for school children. Benson was thirteen at the time, living in an orphanage in . 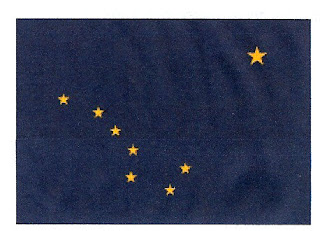 Perfect, I thought, appreciating the irony that this particular constellation, with its stars in the shape of a ladle, should be visible to me tonight. Eight hours before, I’d been home on a rare sunny day, fully expecting to spend the afternoon and evening working on a chore I should have started and finished months ago when freezing temperatures at night weren’t highly likely.

Then I received an e-mail freeing me from a previously promised obligation for Saturday. A half-hour later, I was headed north with a jumbled pile of unorganized camping gear and supplies thrown in my truck.

Pablo was staying home alone this time as there was no way I could keep him warm at night while truck camping and no way was that sharp-beaked, fuss budget bird sleeping inside my sleeping bag.

I’d debated for two seconds about hauling the travel trailer, but I had a destination in mind that was not fit for RV trailers—forty-nine miles of a steep, narrow, switched-back gravel road through a mountain pass.


But first, I planned to stop at the Alaska State Fair in Palmer, which was how I came to be sleeping in a hay field. By the time the fair starts in late August, the farmers have harvested their hay and the fields are turned into gigantic parking lots. 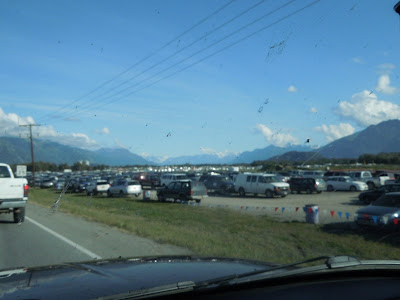 Only one of the massive fair parking lots. 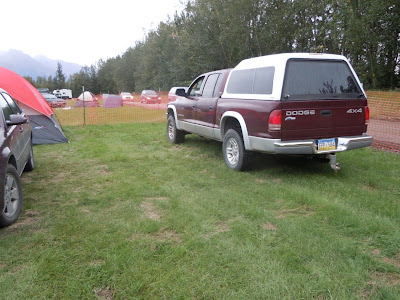 There wasn't another vehicle within 200 yards of me when I parked at the far boundary of this field.

The hundred miles from home to was a joy. Warm and sunny weather brought out the best in the scenery. I even pulled off the road once when I saw the tell-tale white humps of Beluga whales surfacing in the silt-laden water of Turnagain Arm. I climbed down massive boulders to reach the waterline and waited for the whales to pass.

The conditions were perfect—a nearby channel, an in-coming tide. I waited and waited, becoming more and more anxious to get back on the road and through before the rush hour traffic began at 4 o’clock. Finally, I saw them rise to exhale and inhale much farther away. They were heading out, not following the silver salmon into the Arm. 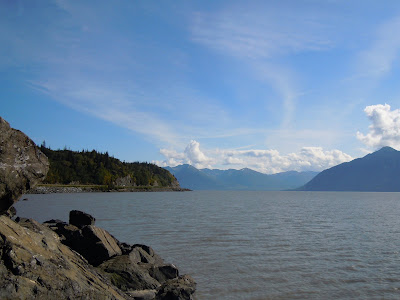 Back in my truck, I heard a news item every thirty minutes. A movie company had issued a call for extras for a movie to be filmed about three gray whales that had over-stayed their Alaskan vacation some years ago and were in danger of drowning when the Arctic seas froze over, thus preventing the whales from breaching to breathe. A rescue brigade from a nearby village, armed with chain saws and poles to push the blocks of ice away, cut a series of long holes in the ice, hoping the whales would follow them to open water.

I remember the rescue attempts, each day hoping the whales would survive, while at the same time recognizing the irony of the attempt. Chances were good that many of those involved in the rescue had been whale hunting only a short time before. Two of the whales apparently made it to open water. The third did not. 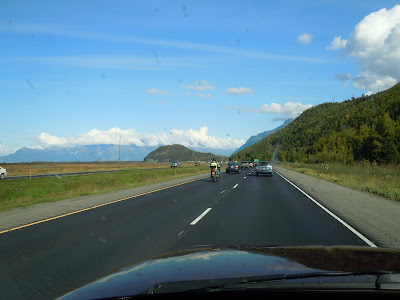 
I thought how much has changed in the sixty-two years that I’ve lived in , having arrived in 1948 as a six-year-old. Much of it has been for the better. We no longer have to rely on visitors to bring up coolers packed with corn on the cob and tomatoes that taste like tomatoes. We have all the modern conveniences, including, I heard, the fastest Internet service in the nation. To that I cannot attest, as I liken my DSL service to evolution. I’m sure several species would evolve into higher life forms if I ever tried to download a movie to my computer.


Such were my thoughts as I turned off onto the exit for Palmer and the fair—and drove smack into one of the things I detest about the changes almost seven decades have brought. In order to have Costco and tomatoes that taste like tomatoes, we now have traffic jams. I had just become a cipher in a five and a half-mile-long, single lane of traffic heading to the fair. 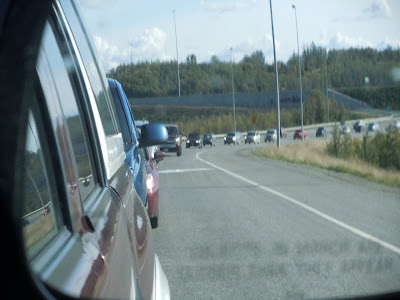 The situation in my rear view mirror. 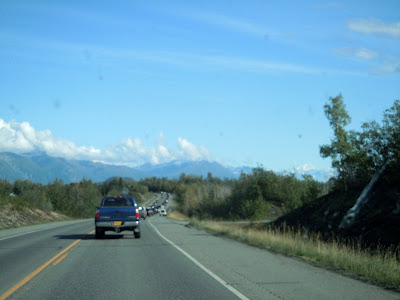 And ahead of me. I still had four miles or more to go. 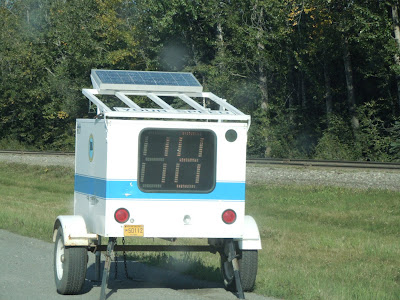 Our speed was too slow to even measure, I guess. 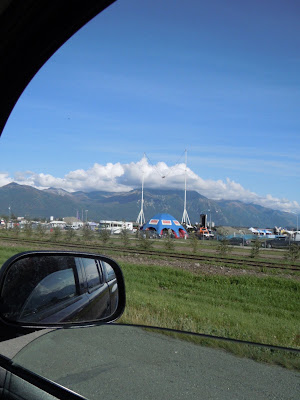 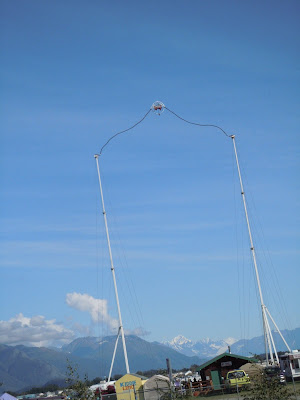 An hour and a half later, I had completely circled the massive fair grounds, gone through hell-on-wheels getting a parking pass to camp in the RV lot, and was standing in one of two long lines to buy a $7 senior admission ticket to the fair itself. Ahead of me, the ticket office had the capability of six ticket-selling windows, but only two were staffed—on a sunny Friday evening, Labor Day weekend, the last weekend of the fair. 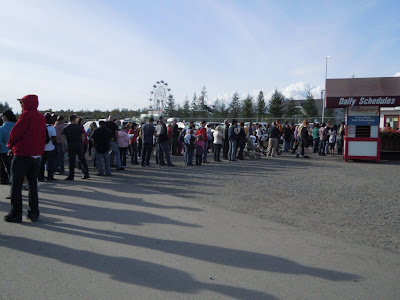 One of two lines for tickets. The booth was capable of handling six lines, but only two were open.

I don’t handle lines very well. I considered going back to my truck and leaving. Seriously considered it. Three things kept me there:

2. I wanted a photo of a certain cabbage, and,

3. I really, really needed a strip of chocolate-covered bacon. 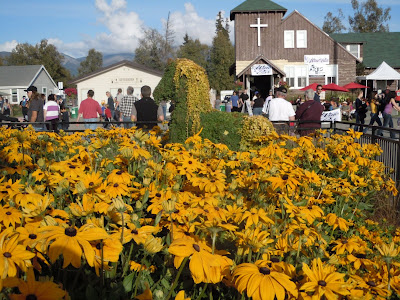