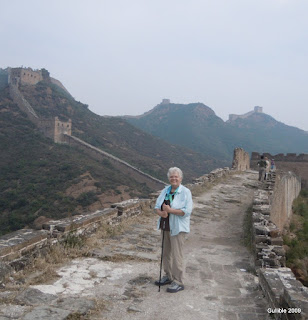 Five-hundred pound Japanese sumo wrestlers are playing hopscotch on the floor above me as I sit in a motel room in Millbrae, California. Occasionally they change to fast-running in place, or whatever you call that thing football (American football) players do when they move their weight rapidly from foot to foot in agility exercises.

Actually, all the noise is being made by one person, one person who runs the length of the motel room and back, and it is beyond my comprehension how one person can make such racket on a carpeted floor.
I've just returned from a country with a population of 1.3 BILLION, and the person in the room above me is making more noise than all of them put together.

The United Airlines 747 that brought me from Shanghai, China, to San Francisco landed about 8:30 this morning, local time. So far jet lag hasn't caught up with me but I suspect it isn't far behind. It isn't called jet "lag" for nothing, pardon the pun which I fully intended. What also hasn't caught up, as far as my netbook is concerned, is the fact that I'm back in the USA where English is supposed to be the language of the land.
Or, perhaps I'm being paranoid when I suspect that the communist People's Republic of China is still watching my every move. How else to explain this: 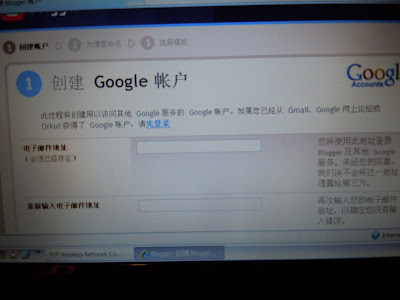 And this, when I was finally able to access this blog for the first time since leaving the US: 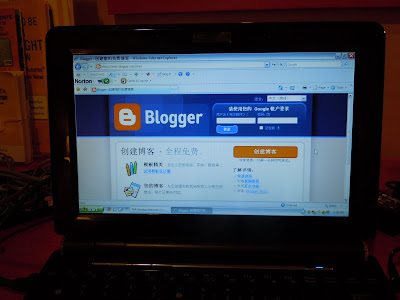 It wasn't for lack of Intenet availibility that I couldn't reach my blog. It was because, as one young, somewhat apologetic, woman in a hotel business center put it, "perhaps the government has blocked that site." I tried the backdoor approach, searching for other blogs and using their links to get to mine. They are all blocked.
Subversive? My blog? Blocked by the ever-watchful People's Republic? Totally too funny; totally too disturbing.

Following a lecture on Chinese history by a respected university professor, I asked her this question: "You said you have freedom of speech. Are you aware your government blocks certain Internet sites?"
"Yes. The government blocks sites where people write bad things about the government."
"No, I mean places like my blog, which has nothing to do with Chinese politics."
"All governments need to censor some things," she responded.
And therein lies the conundrum in visiting China and Tibet: whom and what to believe.

But back to my hotel room and the noise above me, where the sumo wrestlers have stomped aside in favor of a hyper furniture rearranger. After sleeping for six hours, showering, and inquiring at the front desk, I found I had three dining choices in the immediate area: an on-site Japanese sushi restaurant, a Chinese restaurant a few dozen yards away, or the Millbrae Pancake House about a block away. No brainer there. 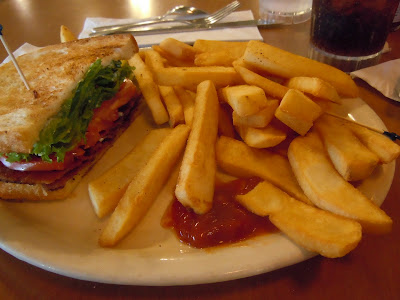 Re-entry into Western food: a BLT and fries. I ate the sandwich and a few of the fries. The bacon was cooked hard. Not just crisp. Hard. Cracker hard. Snap off and crumble hard. I mention this because in China, Australia, New Zealand, Fiji, and Russia, bacon is barely cooked at all. I mean, the stuff is warmed until the fat turns from opaque to something approaching transluscent.
"My first western food in three weeks," I say as the waitress puts the plate in front of me. She asks where I've been. and I mention China and Tibet.
"Did you see him today? His Holiness, the Dalai Lama? He's been here for three days. I saw him yesterday and today. He was at the San Jose convention center this morning."

I spend six days in Tibet, a land the 14th Dalai Lama fled as a young man when Chinese troops were "liberating the people," and find the much-beloved spiritual leader and I are in the same city on my return to America. There he is spoken of in discreet whispers. Here, admiring people gather to hear him speak of compassion.
And in China, my blog--this place for my words to go and be at home, for photographs and thoughts and nonsense and fun--is blocked to all in that country. In Tibet, my computer refused to work at all. Error message after error message--some noting Windows is shutting down to avoid damage to the computer--were common. Even when I wasn't trying to get on-line.
Alaska Airlines will take me from San Francisco to Seattle to Anchorage tomorrow. Late tomorrow evening I should be home, in my own bed, listening to a parrot named Pablo venting his anger at my long absence. I have a lot to process, a lot of photographs to tinker with, before I can continue this journal.
Plus, I leave in a week for Arizona and the Grand Canyon. But I'll be back. Never fear.