Hands: A Metaphor to Celebrate Thanksgiving

Wrapped in an orange life vest, I am sitting on a worn wood plank on a “rustic” pilgrim riverboat with two dozen or more other passengers. We are crossing the wide and murky Yarlung Zangbo River that flows through a broad plateau in the Himalayan mountains of Tibet, on the way to visit the first Buddhist monastery built in that country. 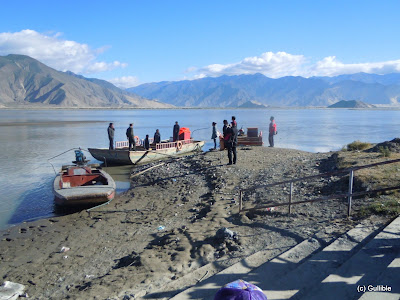 Boat after boat ferries passengers across the river to Samye Monastery. Some of us are tourists. Most are Tibetans making a pilgrimage to the twelve-hundred year old monastery during the eight-day Chinese National holiday. For many, it is a once in a lifetime journey. 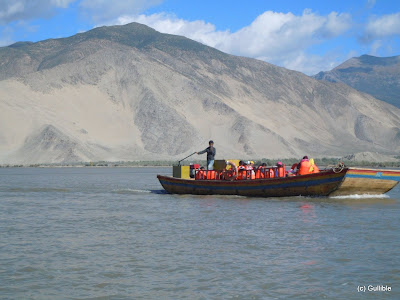 A Tibetan woman of indeterminate age sits across from me. She is wearing typical Tibetan clothing, and her colorful striped apron tells me she is married. On her feet, though, are neon green sneakers. 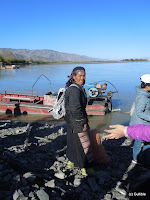 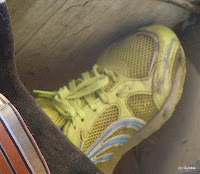 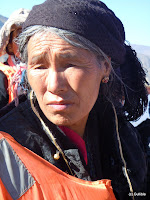 A young teenager vacates the seat next to me and the woman moves to occupy it. She sits quietly for a couple minutes, then takes my hand, holds it up, and puts her brown hand next to mine. We see the obvious differences first. Then we see the similarities. 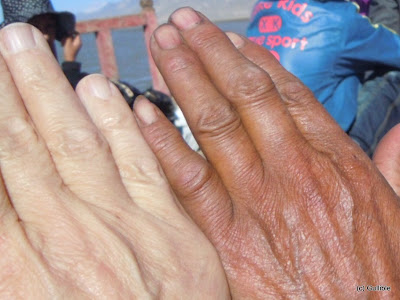 We smile at each other. Her smile outshines mine by megawatts. The Tibetans, especially the country people, seem to smile from their souls, and this becomes the prominent and enduring memory of my six days in that country. 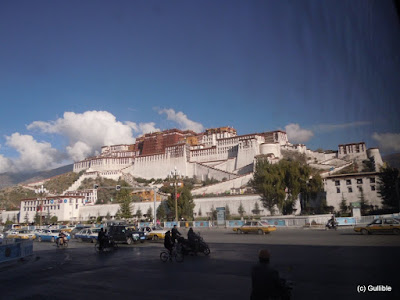 A few days later, I am pacing myself as I climb the two hundred and seventy-six steps of the Potala Palace in Lhasa. Already bothered by a multi-day migraine headache from the 12,000 foot altitude and with some pulmonary edema accumulating, I am climbing another thousand feet toward the top of the palace. 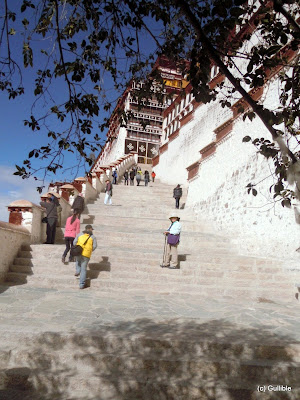 It isn’t only the steps, the blocks of stone carried on the backs of Tibetan peasants during construction of this massive edifice in the 1600s. They are of uneven height, but even the walks in between stairs are slanted uphill. We have been advised to climb the steps as if trekking up switch-backs, rather than tackle them head-on. It seems to help. 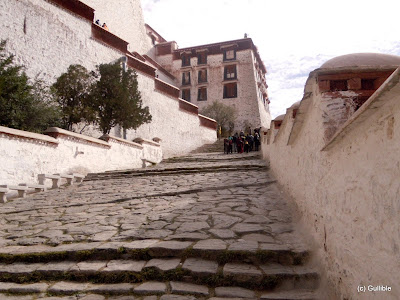 There are several gates and passages to go through. I step aside to photograph the three-foot thick walls and watch a Tibetan woman pass through a kaleidoscope of reds, oranges, and yellows. 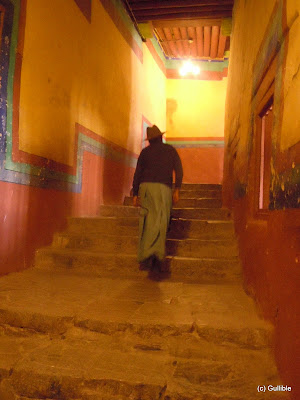 I marvel at a woman carrying cases of bottled water and merchandise on her back, bound for one of the small gift stands in the courtyard beyond us. She pauses for a moment, smiles, then trudges onward. My legs are strong and willing, but there isn't enough oxygen in this air for someone who has lived at sea level all her life. 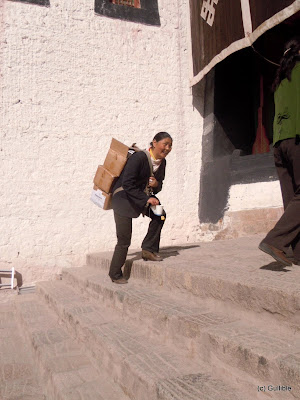 I reach another gate, near the actual entrance to the Red Palace, the central portion of the exiled Dalai Lama’s former study and prayer halls. This one has a couple benches outside its entrance. An elderly Tibetan man smiles and gestures for me to sit and rest. He does the same to others. I notice his hand holding his precious entrance ticket. 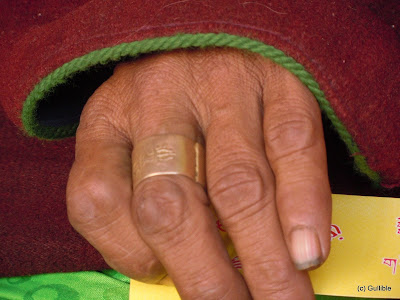 The Chinese government has set a daily limit on the number of visitors to the palace. They also limit each visit to one hour, with fines imposed on tour guides whose group surpasses that amount. Thus, an hour later, I am on the other side, having reached the thirteenth and highest floor in the Red Palace, another thousand feet above the valley floor. 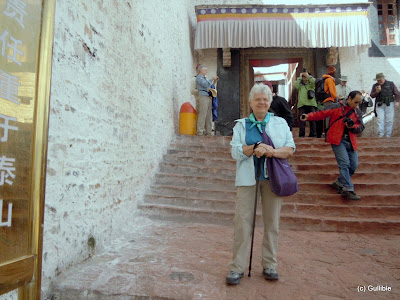 Below me lies the town of Lhasa. I have dreamed of visiting here since I was a small child. Now I find it hard to believe I am actually here. 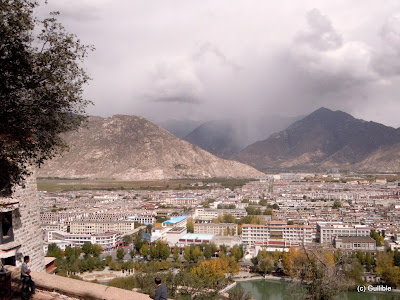 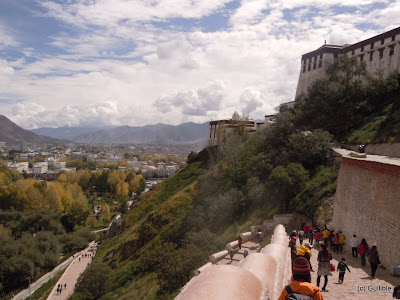 The walk down is by a different route, new scenery, new experiences. In the drainage ditches alongside the stone path, weeds and flowers struggle to survive. They bloom nevertheless. 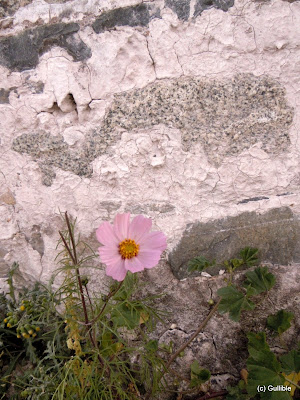 (Happy Thanksgiving, everyone. I am thankful for you and all the hands extended to me during my life.)