On the Shady Side of the Mountains

Many, many years ago, my husband returned home after running an errand in Cooper Landing, a small town about ten miles from us.

“You should see it!” he said. “They have sun! Boy, was it nice and warm over there. Probably fifteen degrees warmer than here.”

Okay, fifteen degrees might have been an exaggeration. I can’t tell you what year that happened, but when I first decided to write about this, I was pretty sure it happened between Nov. 15 and Feb. 14 of any year, take your pick. 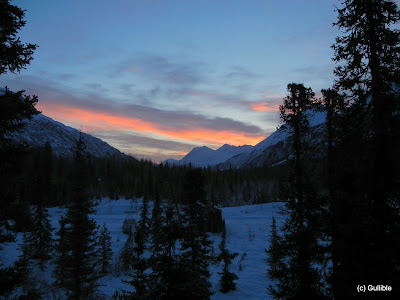 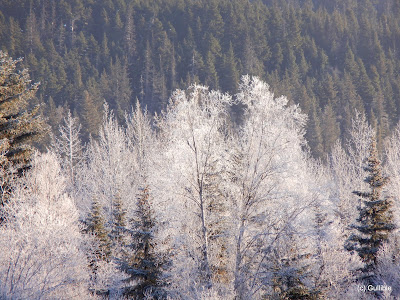 Hoar frost on trees along Trail Lake in Moose Pass.

Now, after today, I’m not so sure. I’d guess January, because Saturday I was in Cooper Landing and they didn’t have sun after all. The sky was clear—no clouds or ice fog to obscure the sun.

What did obscure the sun was a huge mountain. Not the same mountain that’s immediately south of me, but one equally as high and equally as prominent in blocking the sun from my home until February 14. 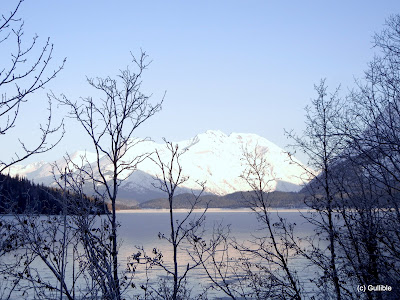 Trail Lake in Moose Pass.
What started all this was that earlier today I drove the opposite direction into Moose Pass. The sun was shining there. However, Moose Pass proper doesn’t get any sun until late in the morning, and they lose it early afternoon. 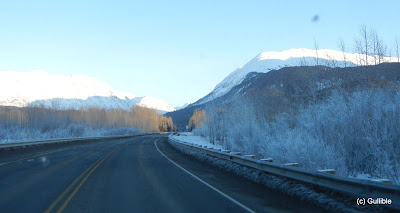 The valley where I live from about six miles away. The tall mountain on the right shades the valley from mid November until mid-February.


We’re in the mountains here. Where I live there are mountains on all four sides. In Moose Pass, the direction to the south is relatively clear, so they get a few hours a day of sunlight. 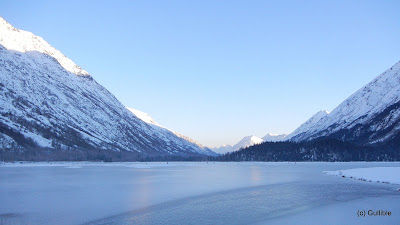 Tern Lake, in the valley where I live.

Cooper Landing’s about the same as here, except their mountains aren’t as close and they have two wide openings to the southeast and southwest where direct sun can stream through the passes at certain times of the year.

So what? Alaskans never have let the weather stop them from doing what they want to do. 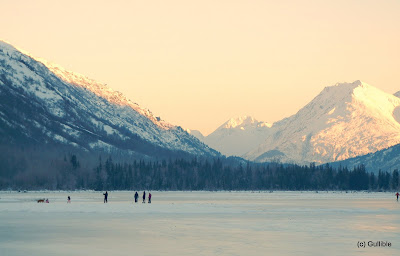 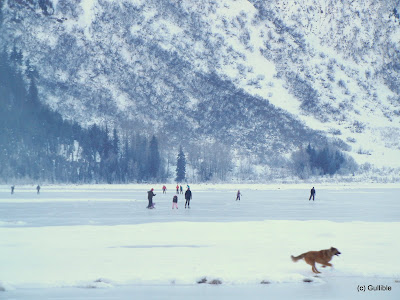 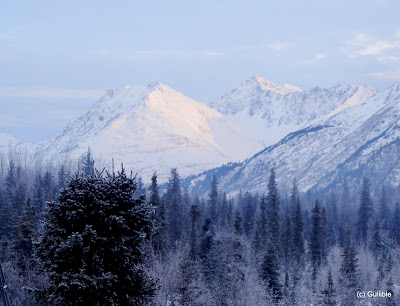 Mid-afternoon sunset beginning.
Posted by Gullible at 12:13 AM