About twenty miles south of Anchorage on the Seward Highway, which is the only highway that leads south of the largest city in Alaska, is a place known as The Grotto.  It's really just an indentation in the mountainside, overhung with cottonwood branches, with water that runs year-round down its face.

In the summer, it's a wall of small waterfalls, but in the winter it becomes an icefall wonder.


Crammed in between the walls of The Grotto and the waters of Turnagain Arm, are the tracks of the Alaska Railroad and the two-lane Alaska Scenic Highway, National Scenic Byway, All American Road known as the Seward Highway.  Above The Grotto in the woods is an historic trail that once saw dog teams running back and forth from Seward to Anchorage.

The Grotto has been such a favorite place along this stretch of scenic road that when construction projects up-graded the highway some years back, protection of The Grotto was deemed important.  The Grotto lost some of its depth, but it's still there. 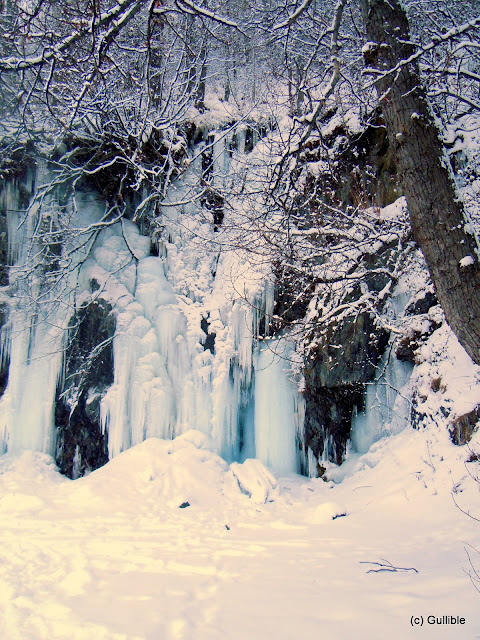 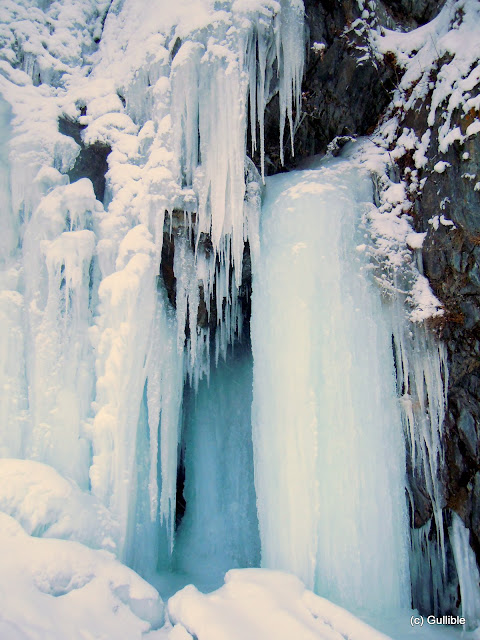 A mile north, Dall sheep roam across the mountain, often coming right down to the shoulders of the highway as more traffic than this road was ever designed for whizzes past. 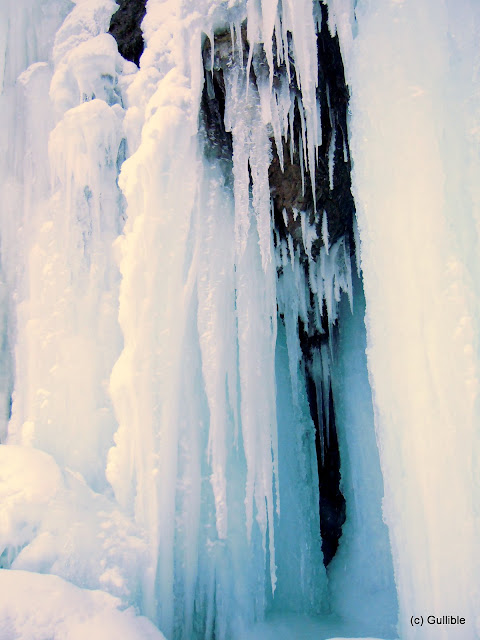 Something needs to be done to improve safety along the highway, and many suggestions have been offered.  Other than declaring a portion of the highway as a  safety corridor with double traffic fines, no realistic, affordable solution has been implemented thus far.  Most of the accidents along here tend to be head-on collisions, indicating the scenery itself might take a driver's attention away from the road. 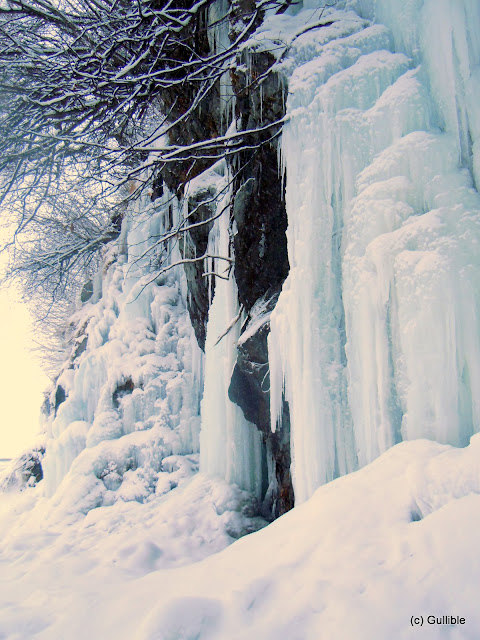 Since its completion in 1951, The Grotto has charmed thousands of people in both summer and winter. 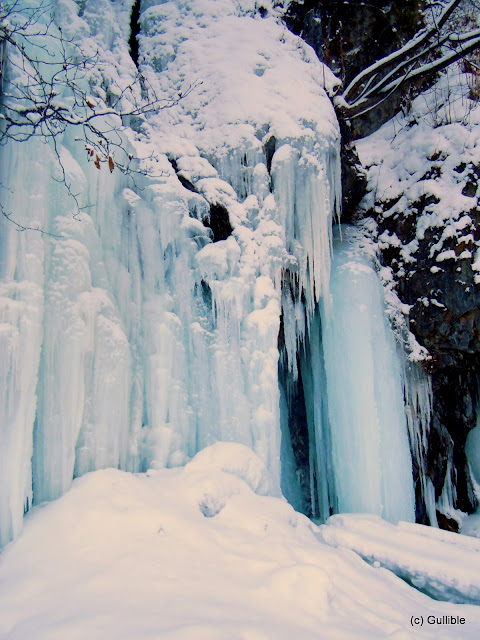 The huge waist-high piles at the base is ice that lost its grip and fallen. 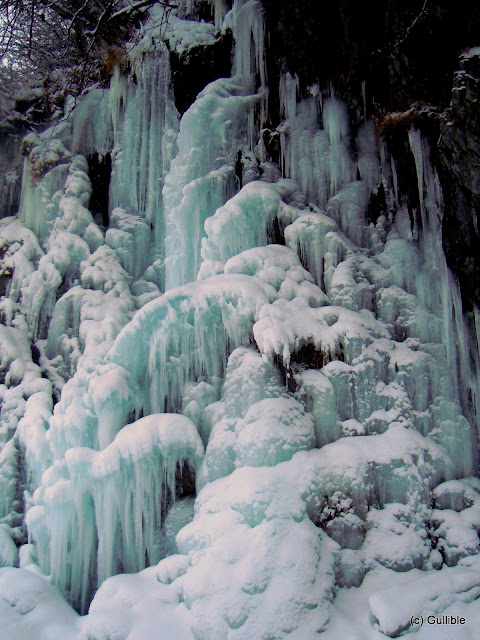 In 1778, Sailing Master William Bligh, he who would later become notorious because of a mutiny aboard his Bounty, sailed past this area in a small boat while Captain James Cook waited in deeper waters on the Resolution.  Bligh, having already explored the northern fork of the inlet that would be named after Cook,  determined (erroneously) that this southern fork also was the mouth of a large river and that they must "turn again" in their search for the fabled Northwest Passage.

A century later, explorers of a different kind traveled this area.  They were known as prospectors and a minor gold rush resulted in small settlements throughout the area.


Today, The Grotto enchants many who drive past oblivious to the history of the area.  They head to the ski slopes of Alyeska Resort, the saltwater and rivers of the Kenai Peninsula, rich in salmon and trout and halibut, and the clam beds of the inlet itself.
Posted by Gullible at 3:33 PM

Email ThisBlogThis!Share to TwitterShare to FacebookShare to Pinterest
Labels: Seward Highway, The Grotto