Salute to the Sun

Perhaps it's that I live in a valley with mountains on all sides and lose direct sunlight from mid-November through mid-February.

Perhaps, like Gerri in the photo below, warm-blooded creatures seek out the sun, even if it's the only sunbeam in the room. 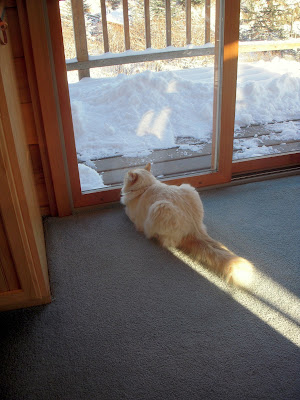 Perhaps it's something else, something that kindles bewitching and commanding lighting conditions. 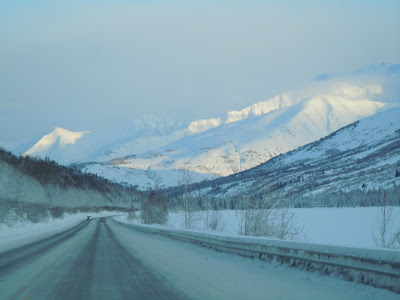 For whatever the reason, I could not keep my hands off the camera when the winter sun, during the shortest days of the year, tried to burn through fog, mist, and low-lying clouds.

From the frozen marshes at the far end of Turnagain Arm... 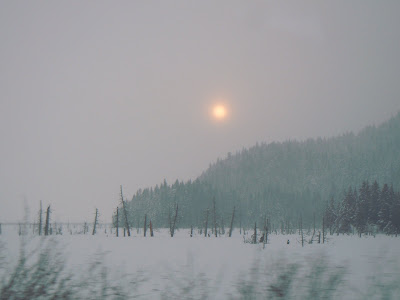 above the slack tides of the arm.... 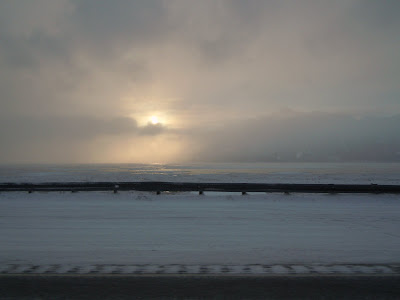 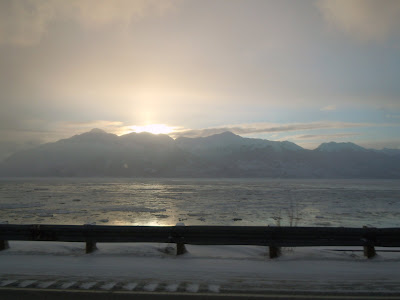 and failed to burn through the fog before it settled below the mountain peaks. 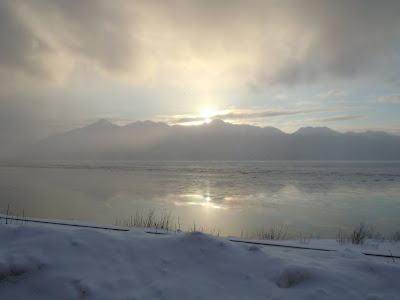 Not until it was time to set did the sun penetrate beneath the cloud layer that covered Anchorage.... 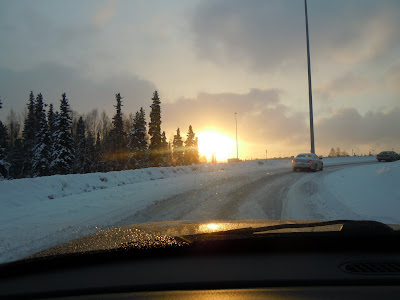 blinding any drivers unlucky enough to have to drive in that direction. 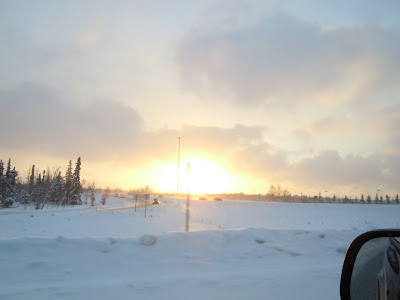 But not for long, because I climbed the circular on-ramp and headed north, away from the sun.

Away from the sun and its welcome glory, but not into the cold of a short winter day, because at the end of my excursion into the big city Friday afternoon, something marvelous and exuberant and joyous awaited me. 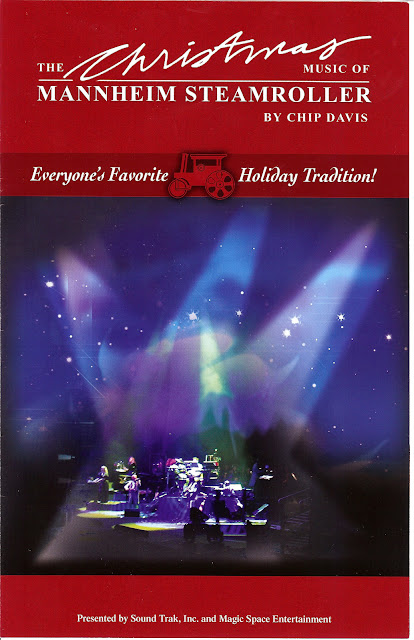 Worth absolutely everything above to hear the Christmas music of Mannheim Steamroller!

With love and hugs from Gully
Posted by Gullible at 3:38 PM