The Softer Side of Winter

This is what January winter in Alaska is like:


Even the houses look cold, hunkered down in the snow drifts trying to stay warm.  They seem smaller, withdrawn into themselves, trying to close their windows against the penetrating cold, hugging themselves to retain what internal warmth they can salvage.  This Sunday morning in January has brought temperatures in the minus twenties and the only things stirring outdoors are the steady columns of furnace exhaust belching from chimneys atop the shriveled houses.  The columns rise only a few feet before they are flattened by the heavy cold air, and the smoke drifts horizontally, as if reluctant to leave the warmth of the chimneys.
The anemic white light of dead winter holds no warmth but instead intensifies the brittle hoarfrost covering every surface in an icy blanket of piercing crystals.  Clouds of ice fog hang in the air, threatening to expand and unite and obscure the city in a chill gray shroud.
In my mind, there is an image of a specific afternoon in deep winter.   It happened a half century ago, but the details in the paragraphs above are as vivid as if they had just occurred and I was writing about the present.
But this is March, and March brings sunlight with warmth in it, daylight hours that increase every day, and promises of spring.  Today the temperature is 14 degrees, but that 14 degrees is a season away from the 14 degrees in January.
March brings the softer side of winter: 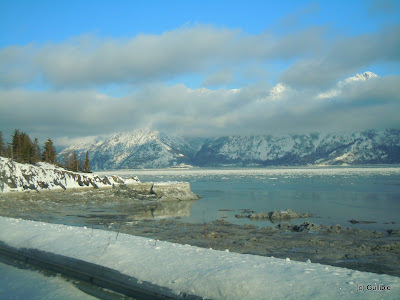 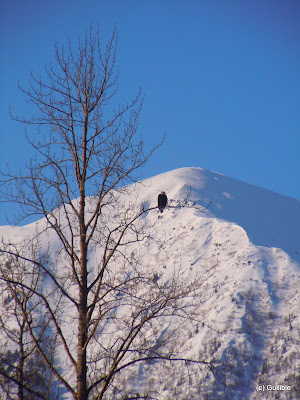 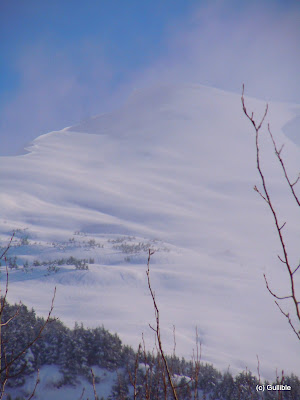 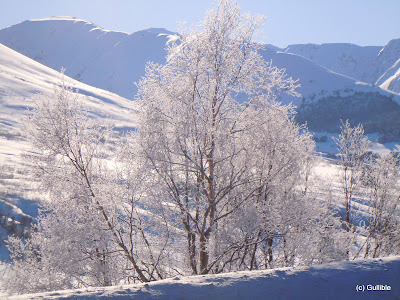 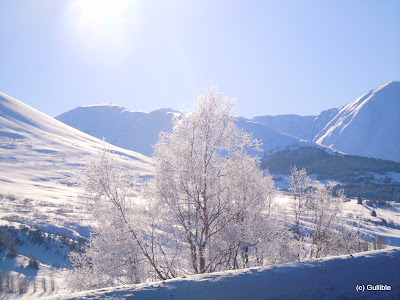 Email ThisBlogThis!Share to TwitterShare to FacebookShare to Pinterest
Labels: March in Alaska