(I'm postponing Part Two of A Totally Ditchin' Weekend because I have something time-appropriate to show you.)

(To view any of the still images below, click on that image.  A row of small thumbnails will appear.  RIGHT click on the photo you want to enlarge, LEFT click on "View image" and when it enlarges, left click on it again.  Or, if your mouse is programmed to do so, hold the "ctrl" key down while you move the wheel on the mouse to enlarge/reduce the image.)

On this day in 1944, the Allied forces stormed the beaches of Normandy.

On this day in 1948, my family invaded Alaska when the Northwest Airlines DC-4 touched down at Elmendorf Air Force Base near Anchorage, the only airstrip long enough to handle such a large plane.

Late yesterday afternoon, on one of those mind-boggling, stunning days that make Alaskans forget all about long dark winter days, uvula-freezing temperatures, and mosquitoes the size of DC-4s, dozens of thrill-seekers invaded the cold, silty waters of Turnagain Arm.


Armed with surf boards, paddle boards, boogie boards, and teensy-weensy kayaks, they donned their wet suits and waded into the treacherous waters.


On shore, in every pullout and wide spot in the roads, hundred of spectators confounded State Troopers trying valiantly to keep disaster from ruining a totally wonderful day.  People jammed every pull out, parked alongside guard rails (a real no-no), and otherwise found places to leave their vehicles and head for the water side of the highway.  There, they climbed over rocks and down cliffs, crossed railroad tracks, and settled in to watch the show. 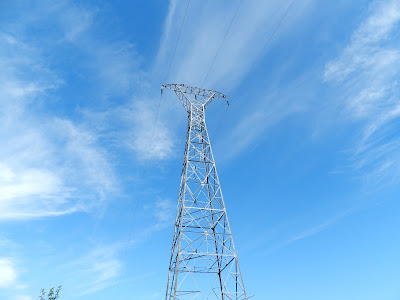 From the peanut gallery, atop the high voltage transmisson towers.... 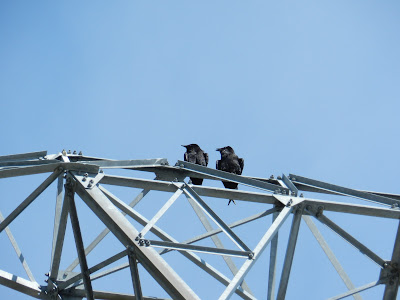 ...a couple ravens watched the spectacle below, commenting with deep-throated clucks and caws, and a noise that sounded a lot like Miriam Makeba singing that gutteral clicking noise that Westerners can't imitate. 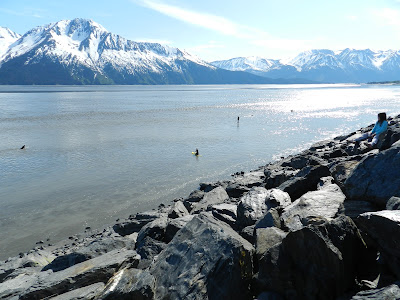 All eyes toward the west, straight into the sun, watched the shimmering surface of Turnagain Arm for the movement that indicated the show was about to start.

THE SHOW.  A simple notice on the front page of the newspaper is what brought most of audience, a notice that, most likely, the highest bore tide of the year would hit Bird Point around 5:30 Tuesday afternoon.

And finally there is was, a roiling white wall of water rolling towards you, a phenomenon known as a bore tide, a true tidal wave (as opposed to a tsunami) right at your feet, roaring past at 10 mph, in one of the few places in the world where they occur.


(I sure hope this works.  It took five different programs and lots of experimenting to get this uploaded.  Then, once I found a program that worked, two hours to upload.)


Once the bore had passed my vantage point, I followed it up the Arm, taking photos along the way. 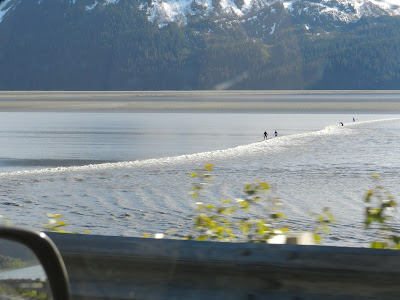 The boarders did the same, except they weren't taking photos.  Ten miles down the road, we stopped to watch again. 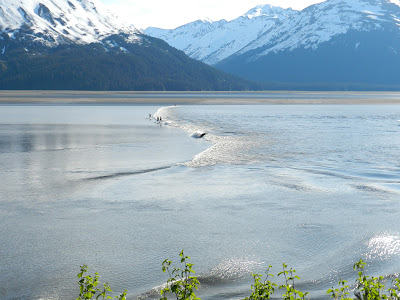 And look what I found:  The Alaska Railroad passenger train stopped so the passengers could watch. 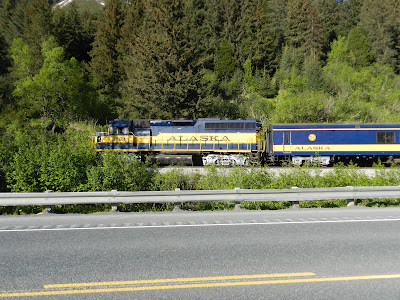 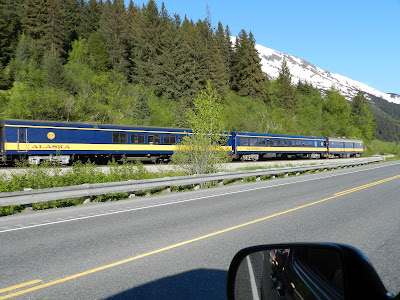 On the other hand, perhaps it was the crew that wanted to see this.  If you ever come to Alaska, this train ride from Anchorage to Seward is a must-do. 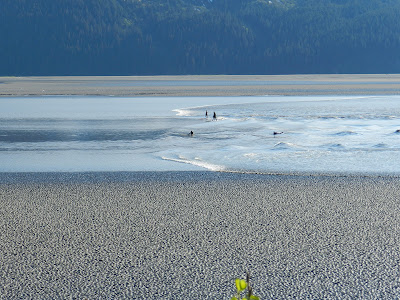 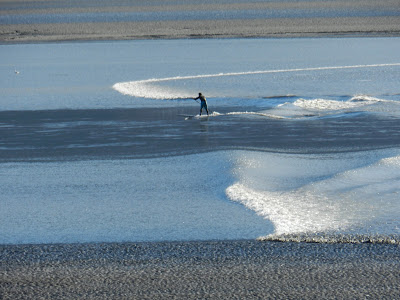 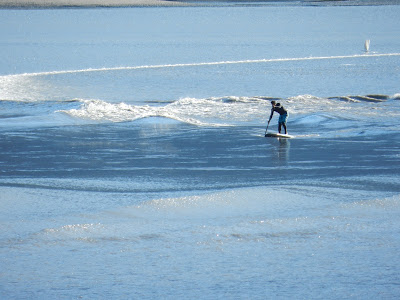 And, in one of the more ill-considered things I saw, these people decided a close-up view was worth the risk of life. 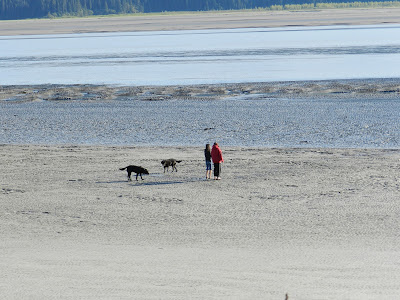 In many places along the Arm the bed is a mix of sand, glacial silt, and clay.  Water and the slightest of movements cause the solids to form a type of slurry-like quicksand.  Several people have died after becoming trapped in that mixture.

That is exactly why parts of Anchorage were so heavily damaged in the 1964 earthquake.

I didn't hear anything on the news, so apparently these two and their dogs made it safely back to their vehicle.

All in all, it was a glorious day along Turnagain Arm.
Posted by Gullible at 8:06 PM