About 15 years ago, we invited three granddaughters in Arizona to come to Alaska for two weeks.  “Not a good idea,” said the mother of one.  “Two are okay.   Not three at the same time.”  First mistake.

Rather than take her advice (how could we choose one to stay behind?), all three arrived with stories about being reprimanded by the airline crew for ringing the call button too often.  I should have realized right then I’d made my second mistake.   The summer before we had four grandsons visit and all went reasonably well.

Third mistake:  letting the three girls, who were about 14 and 15, stay by themselves in a different building on our property, with no adult referee supervision.

Fourth mistake:  planning a full day of activities in Seward that I thought would interest the girls.   When that day arrived, I almost had to drag the girls from their beds because the three had been up all night with two picking on the third, who had deep scratches on her arms to prove it.   I really wish I could say they were a lot, lot younger.   Because they were my husband’s granddaughters from a previous marriage, I seriously considered disowning them that morning.

Fifth mistake:   thinking a specially-arranged, behind-the-scenes tour of the Alaska Sea Life Center would interest them.  They were bored silly.

They did have some fun at the dog sled rides (on wheels).   Two did, the third stayed behind—the one with the scratches.

Then we drove a few miles outside of Seward to visit Exit Glacier.  The vault toilet facilities on that hot sunny day were…   were…   despicable.   They were located in a temporary trailer building and were desperately in need of servicing and emptying.

And I’m not at all sure the glacier impressed them.

So, when my friend Linda came to town and I decided to take her to Exit Glacier, I was really, really concerned. 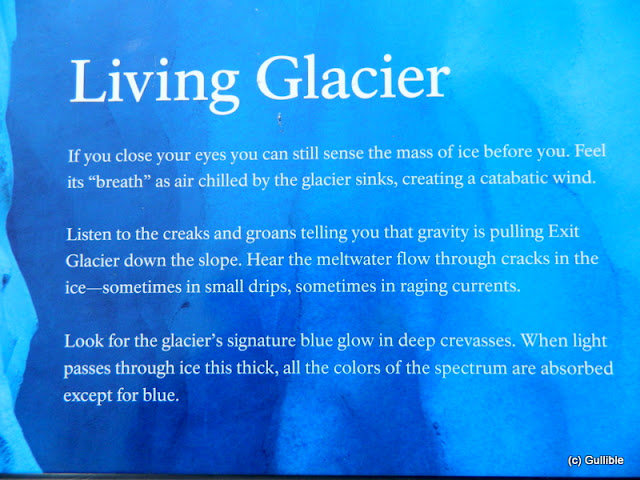 I need not have been worried.  First, Linda was much better behaved.

Second, we encountered a nice pullout with an excellent view of the glacier that comes down from the Harding Ice Field.  Exit Glacier is the only road-accessible part of the Kenai Fjords National Park. 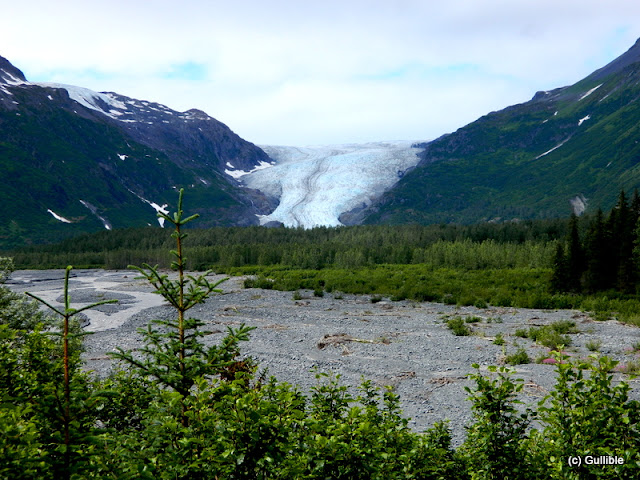 And third, a large paved parking area with new ranger station graced the area.   The restrooms were spotless.   I vaguely recalled a dusty gravel parking area and a single, small ranger cabin.

The mile-long trail to the glacier offered two opportunities:  get right alongside the glacier by a gentle uphill climb, or approach it from the river bed.   In neither case are visitors allowed to actually get right up to the ice, an unfortunate result of a large chunk of ice falling and killing a tourist.   Killing tourists is frowned upon by the Alaska tourist bureau.


Linda and I chose the uphill route, passing another offshoot that leads climbers to the ice field itself.   When we reached the viewing area, I was unable to orient myself.  The glacier had receded greatly in the past 15 years and gone was the ice tunnel we foolishly walked through and marveled at.  That was pre-tourist death and pre-granddaughter visit, of course.


Nonetheless, Exit Glacier is spectacular and worth a visit. 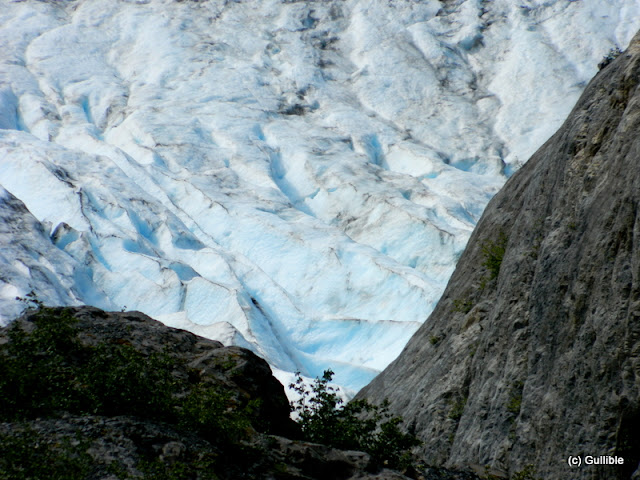 And so ended my tour guide stint with Linda, after we ate lunch at the BBQ place at the Train Wreck and I saw her board the Alaska Railroad for what I hope was a jaw-dropping trip through the mountains and along Turnagain Arm to Anchorage.

I hope she enjoyed her trip to this part of Alaska and my guiding.   I sure did. 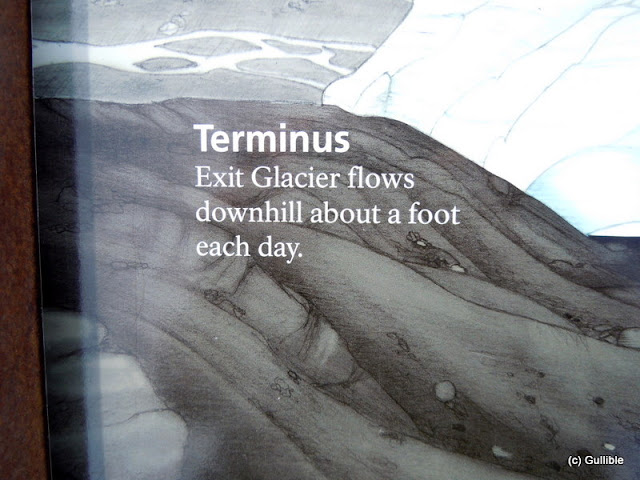 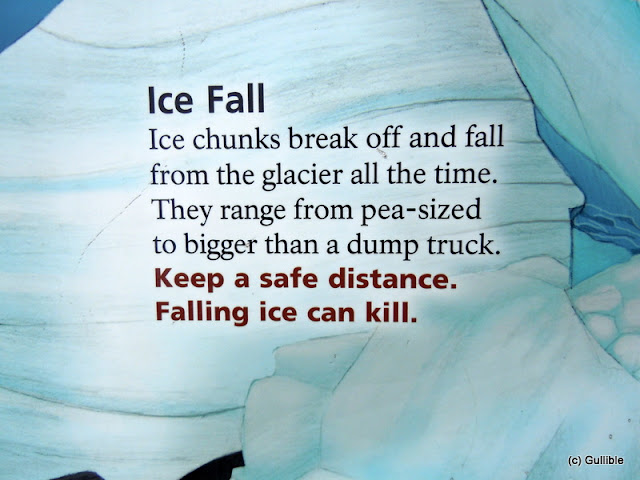 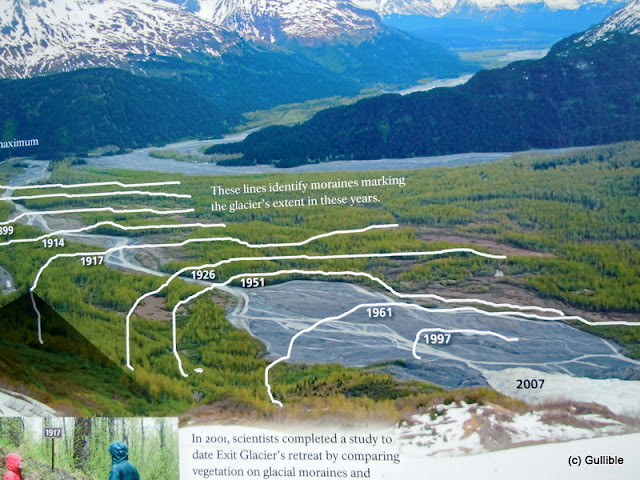 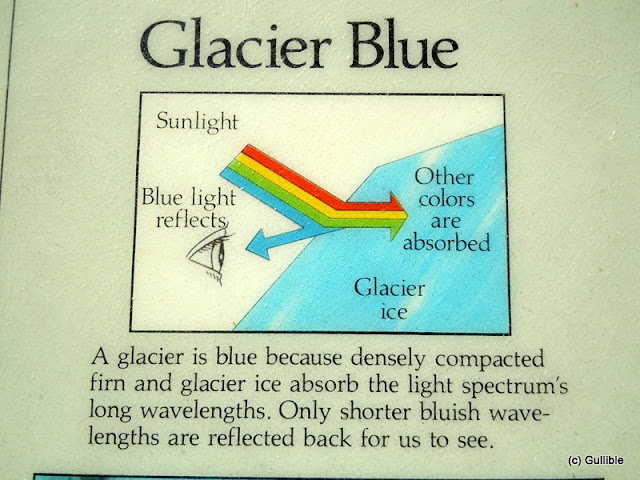 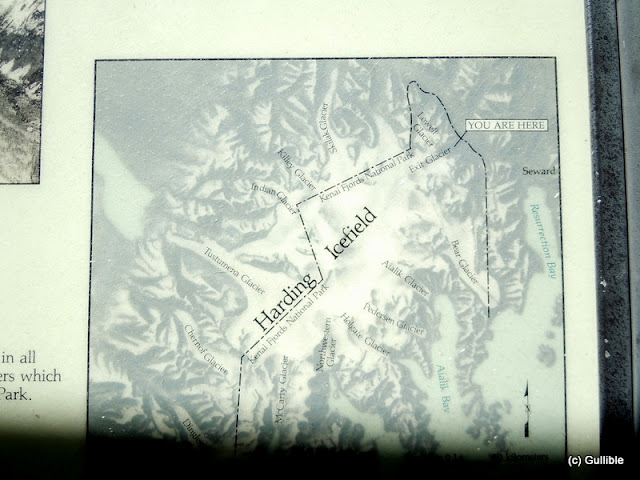 On the way home after dropping off Linda, I stopped at the lily pad pond... 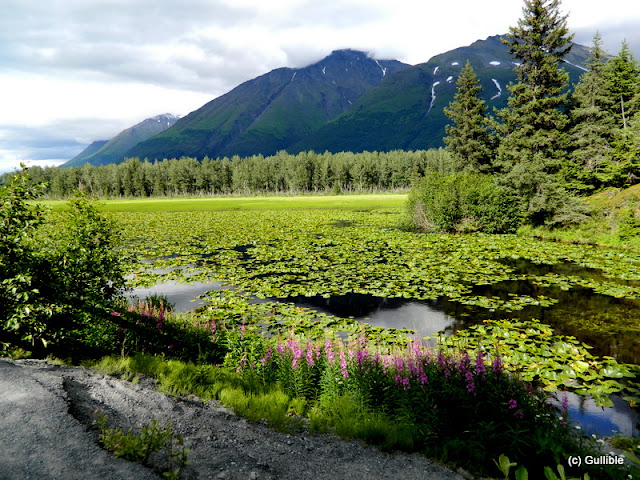 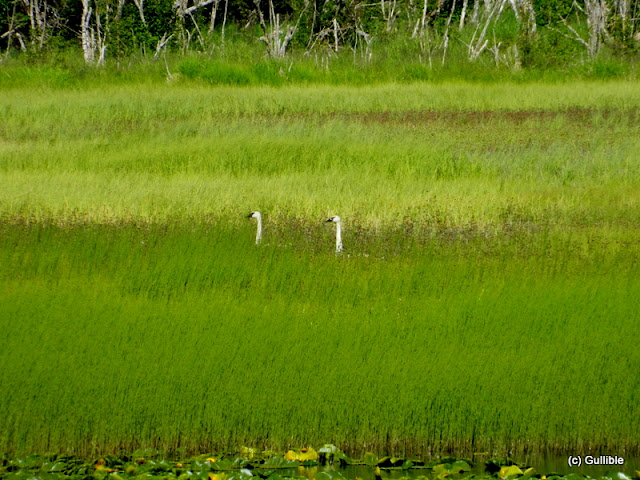 Oh, and those three hellions that visited 15 years ago?   They have matured into the most lovely, lovable, well-mannered young women I have ever known   They are polite, caring, the first to help, and best friends.   My granddaughters.   But aside from that, this is my revenge for THAT morning, girls.

Here's a flower for you girls: 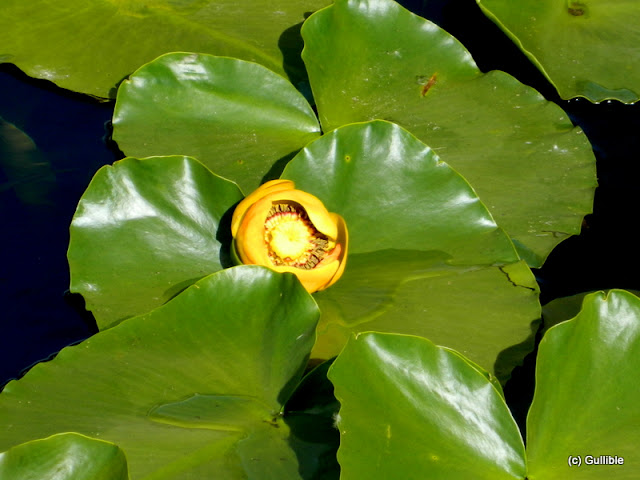