I stayed in Anchorage overnight Nov. 21, after my first cataract surgery because the surgeon wanted to check my eye the next day.

The temperatures had been cold--around zero, but a storm was moving in from the west and the temperatures were rising quickly, much faster than objects--such as my truck--could keep up with the warming.  I was oblivious to what was going on outside the condo where I stayed, so when the rain started falling and hit those still-very-cold objects, ice formed on them.

The doctor's office was only a 15 minute drive from the condo, and I decided to leave at the appropriate time, after a restless night's sleep, or lack thereof.

My truck looked like a burgundy ice sculpture.  I had to pry open the door.  I hadn't gotten around to putting an ice scraper in the truck because I house it in a nice warm garage,  so I had to scrape the windshield ice with a credit card.   When the heater finally began putting out some heat and assisting ice removal, I rolled the driver's side window down halfway. 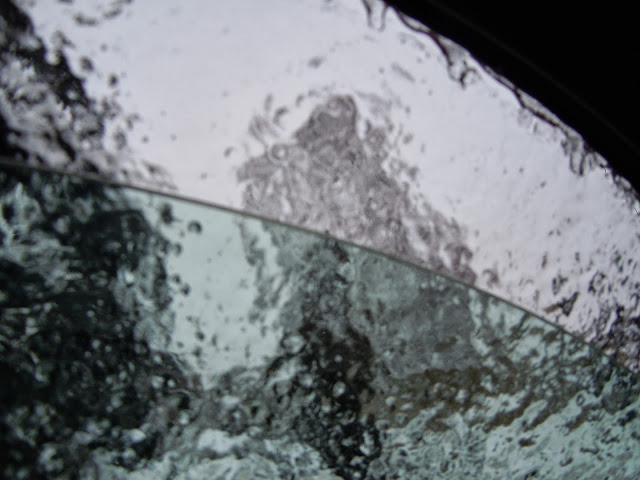 The glass had warmed enough to separate from the ice, but the ice remained.   I rolled down the window a bit farther. 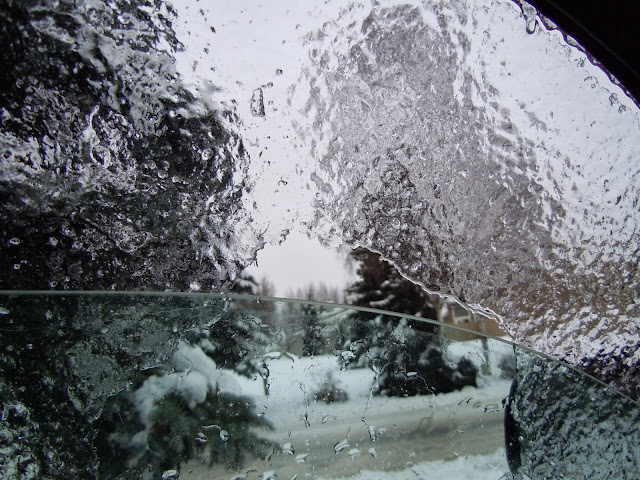 Finally, I broke out the ice and went on my careful way, in four wheel drive with studded tires.


Now, the title of this post,Soupçon, is meant to be a clever play on words, but because it means a "smidgeon" or "hint of" certainly doesn't describe what happened in Gullible's kitchen over the next few days.


Not shown is the Chicken Veggie soup because either I didn't take pictures or I can't find them, take your pick.

Also not shown are Minestrone and  Chicken Tortilla soup, because I still have plenty in my freezer.  I should be set for the winter, regardless of the weather. 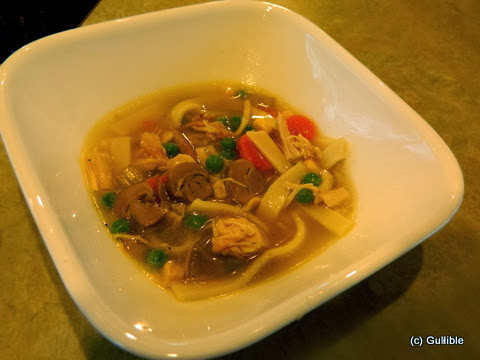 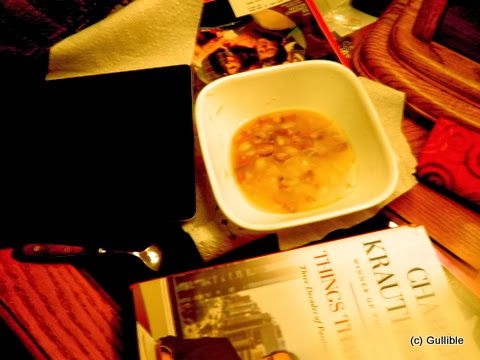 Why?   Because this is the size of the pot I used to make these soups!    Have I mentioned I used to own a restaurant? 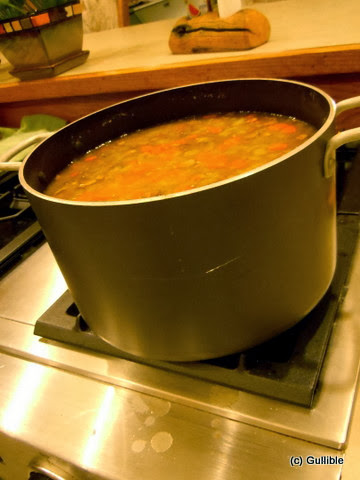 Snow, cold, ice, and soup.   A perfect olio.   Anybody want some Lentil Soup?
Posted by Gullible at 8:48 PM