The Mystery of Mad Sally


Head north out of Moose Pass for two miles, through a series of curves that follow the toe of a mountain with a lake of stunning aqua color on the other side, and past the rock cuts.

Just as you reach a mile-long straight stretch, look for the pullout on the right. 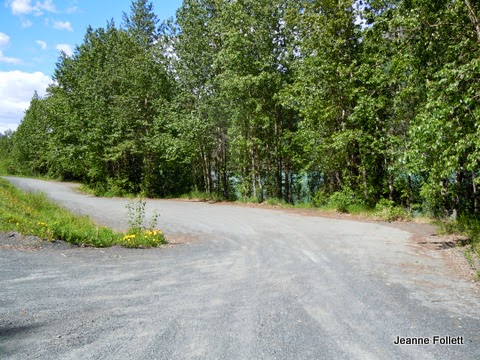 It’s nothing fancy, no facilities, just a paved pull-through with four picnic tables tucked away in mosquito loving shade and almost out of sight.  This is a place waiting for some TLC in the form of clearing the brush and opening up the picnic tables to sunlight and views to make it special, but pull in there anyway. 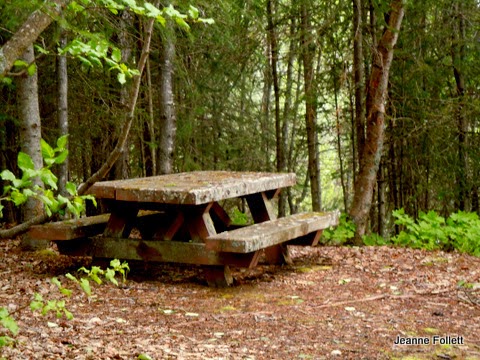 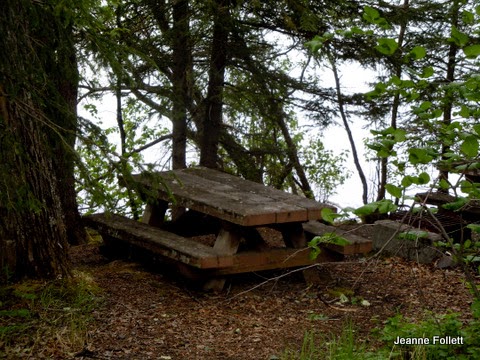 Lots of people stop here to take photos of the lake. 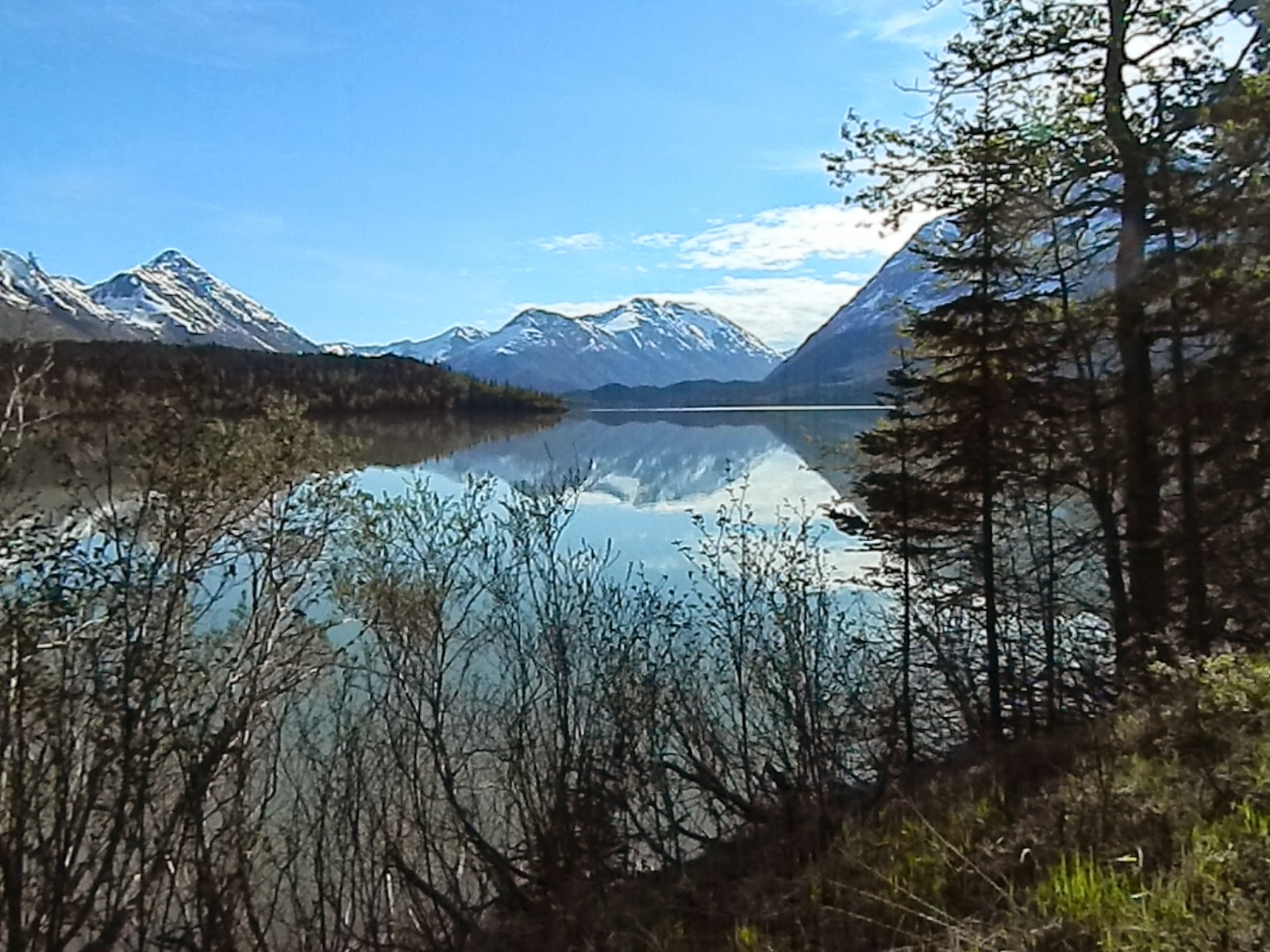 The wildflowers are blooming and the wild roses will make a nice hedge along the pavement, and these enhance this humble rest area. 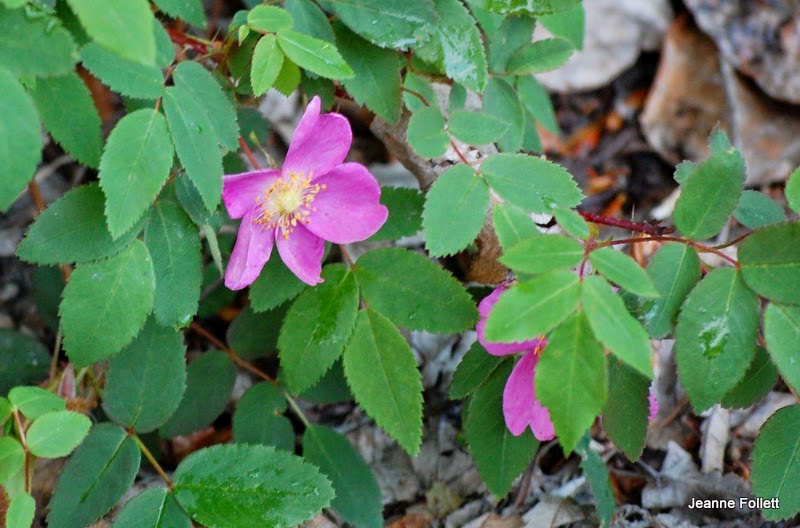 Somebody apparently thinks this spot is worthy of recognition, though.  I stopped there recently to clean up any litter and the first thing I saw was a sign attached to a tall spruce tree.  I went into the woods to read it, didn’t even take my yellow bag and grab stick. 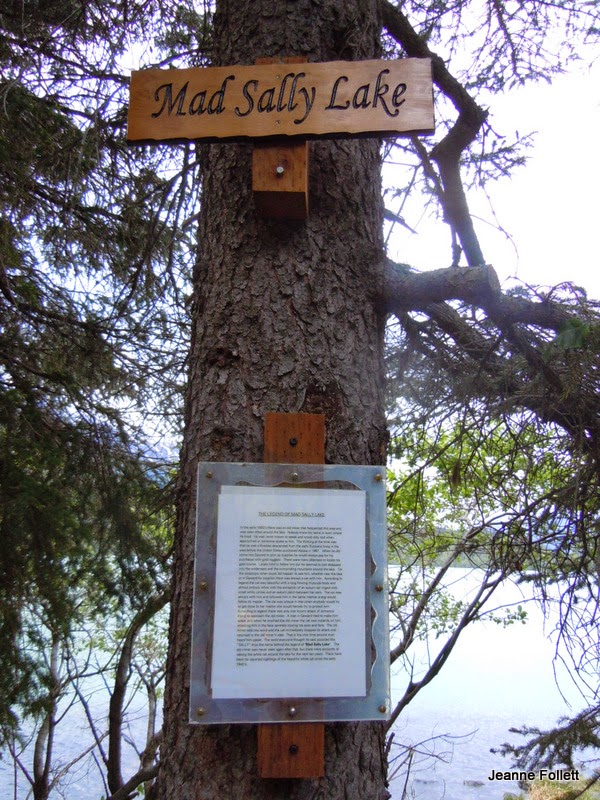 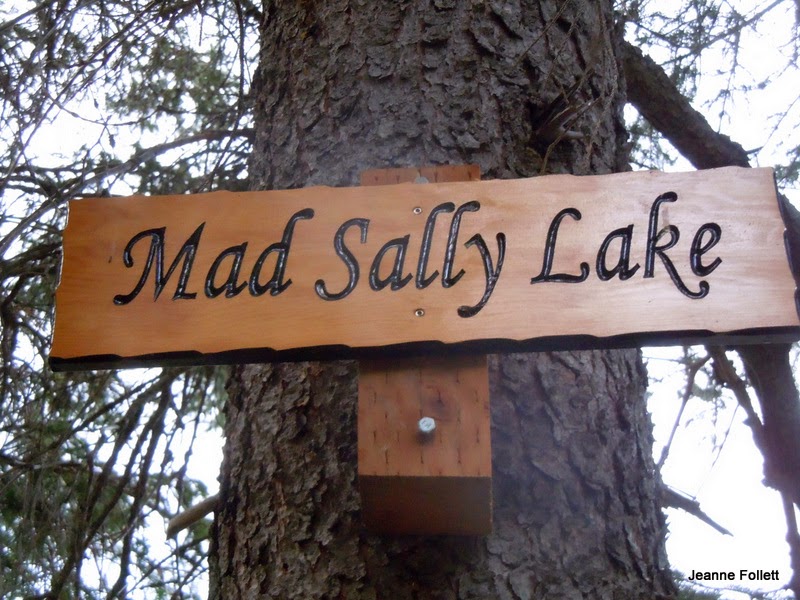 What?   Never heard that before.   Around here, we call it Trail Lake.   Been Trail Lake at least as long as I’ve lived here, and that’s going four decades.

Beneath the sign is a sheet of paper carefully sealed between two sheets of plastic and obviously meant to be waterproof. 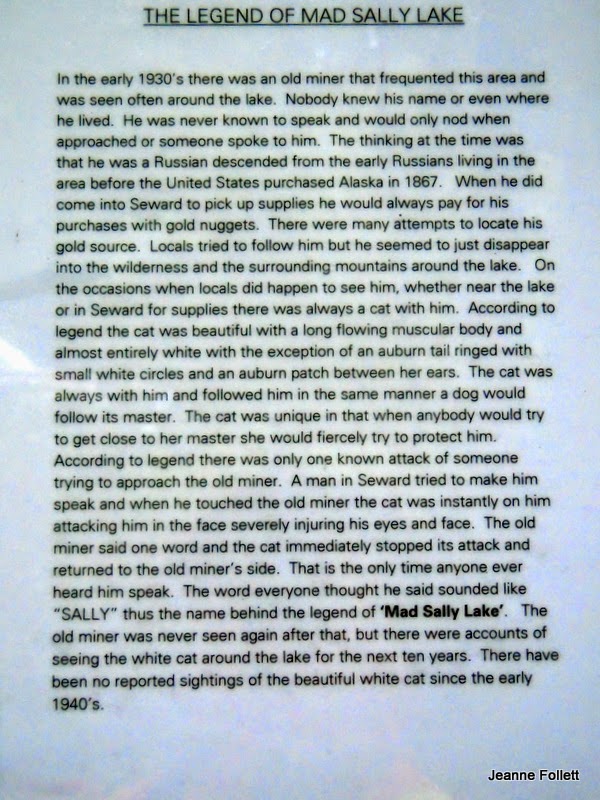 I took some photos, picked up some litter, and made some enquiries.  No one knows anything about it—not who put it there, where the story came from, nothing.  The events surrounding the name apparently took place during the 1930s and the only fellow I know who was around back then, Ed Estes, died some years ago.

Ed would have known that old prospector because Ed hauled the mail from Moose Pass to Hope twice a month.   During the winter months, he used a dog team and was paid $150 a month.

He knew just about everyone in the area and I sure wish he were still around to ask about Mad Sally.

Bob, now the longest-dwelling person in Moose Pass never heard anything either. 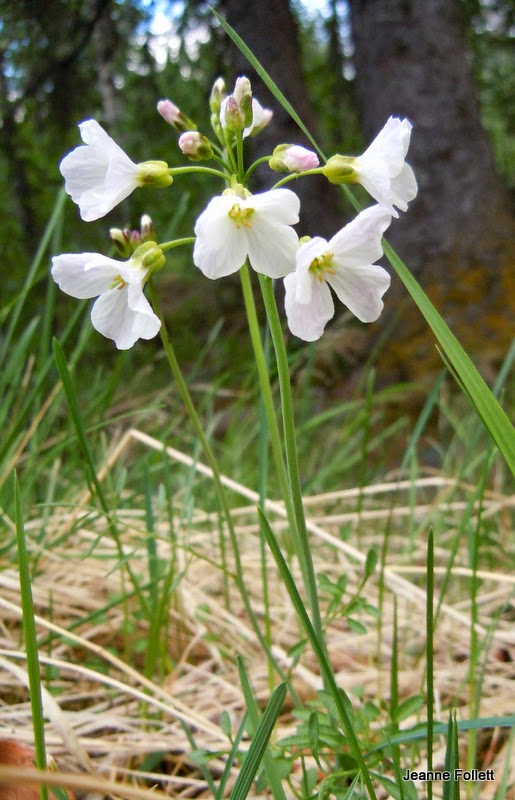 So now we have a mystery.   Is the story true?   If it’s true, did someone get the wrong lake?  Who invested all the time to make the signs and fasten then to the spruce?  Is someone trying to start a legend?   Is this all part of a treasure or scavenger hunt?

I don’t know the answers to those questions.   If I did, it wouldn’t be a mystery anymore, would it?

There’s one thing I do know.  When my husband and I acquired the abandoned, dilapidated structure known then as the Jockey Club, we might not have re-named it Trail Lake Lodge.

Roadhouses, as the once-fine Jockey Club was, have a long and storied history in Alaska.   There were to Alaska what the old stagecoach stations were to the American west, where a hungry and weary traveler could find a hot meal, a warm bed, and shelter from the storm.

How does Mad Sally’s Roadhouse sound? 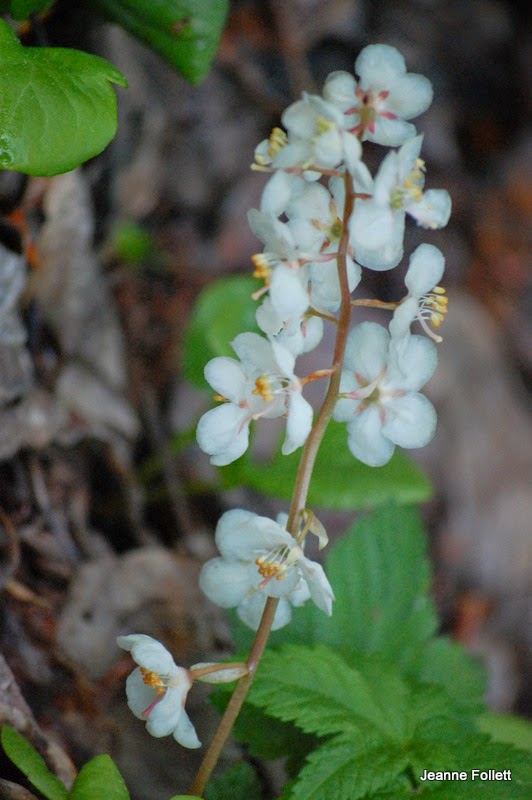