The Africa Journals, Ch. 57, The Door is Open: Hostels

Chapter 57
The Door is Open: Hostels
(Part Three of the Cultural Connection)

The people said to Mandela:  What should we do, Madiba? We have nothing.
And Mandela replied:  The door is open.  I cannot take each of you by the hand.  Go back to school and get an education.

Desmond went back to school and learned English and now he is our guide for this Cultural Connection tour in and about Cape Town, South Africa.  Our motorcoach pulls up alongside a beige and pink two-story concrete building with a red corrugated roof and lets us out. 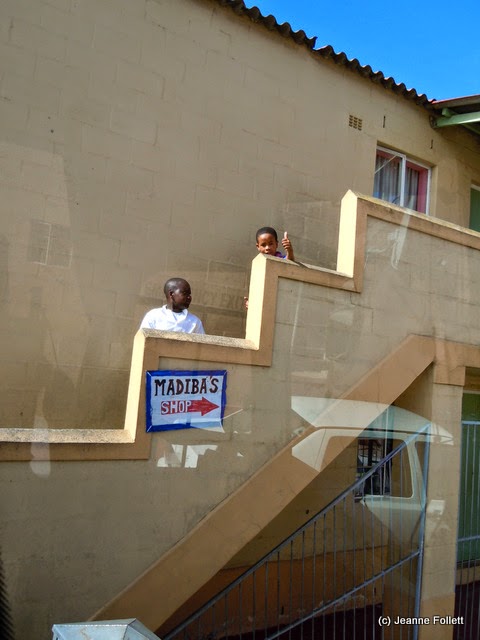 We climb a stairway, encountering a young barefoot child in a tee shirt neatly tucked into clean jeans, showing the peace sign and a sweet smile.  I can’t tell if this is a boy or girl, as many girls and most of the boys have close-cropped haircuts. 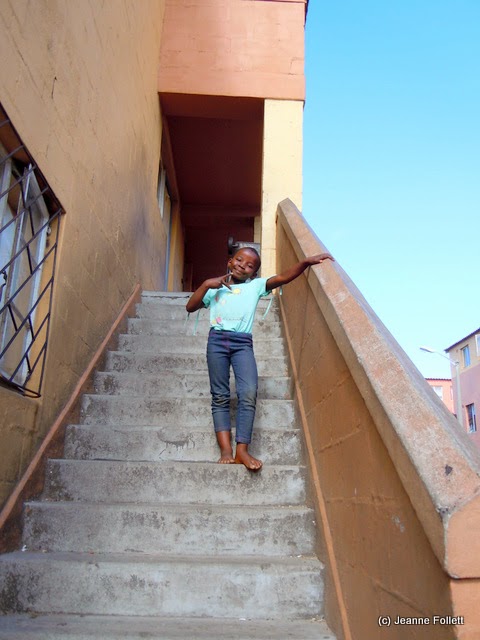 At the top of the stairs, we enter a hostel where we are greeted warmly by a woman occupant.

Nowadays, hostels are meant for long-term living, or at least as long as the occupant needs housing before being capable of going out on his/her own.  They are not like Western hostels, where rooms or bunks are rented short time for travelers.

During the apartheid era, hostels were places where men lived who came to the cities to work.   They were more like barracks than rented rooms, and the living was communal.  Men were not allowed to bring their families with them.  Often during the township uprisings, the men in hostels were hired by the police to assist in quelling the demonstrators. 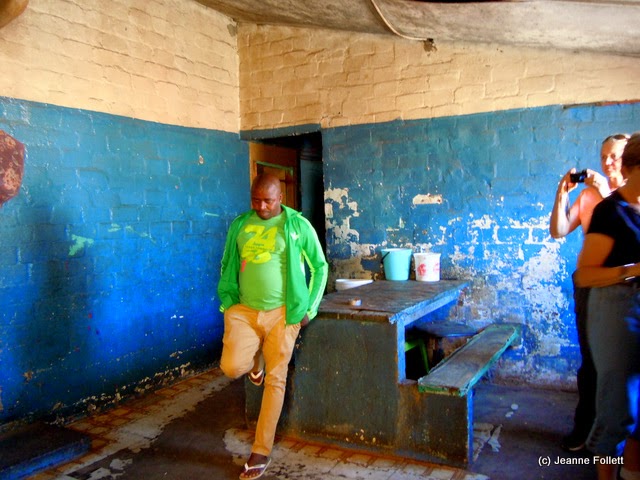 Inside this particular hostel today, the common room is large, the brick walls painted bright blue and beige, though the paint is peeling in many places.  Electrical conduit runs across a sagging ceiling to a box for a light, but there is no fixture there.  The linoleum is mostly worn away, exposing a concrete floor.  A table, with planks for two benches and the top, shows signs of extreme wear.

Desmond introduces us to a man who lived for a long time in this hostel.  He also went back to school in his late thirties to learn how to read and write.  Small bedrooms surround a main kitchen/dining room.  Everything is neat and tidy, but very basic. 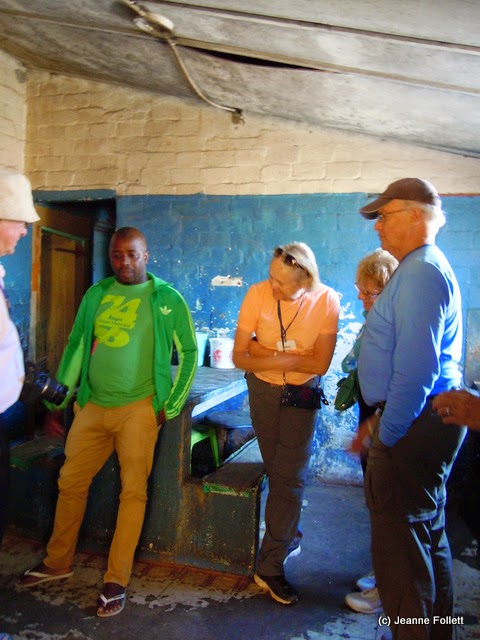 I look out a dirty, cracked window onto an inner yard formed between other buildings.  Over-flowing trash cans are next to lines for drying laundry.  Trash is everywhere, along with chunks of concrete and other debris.  By Western standards, this is bleak living, yet people are smiling everywhere I look. 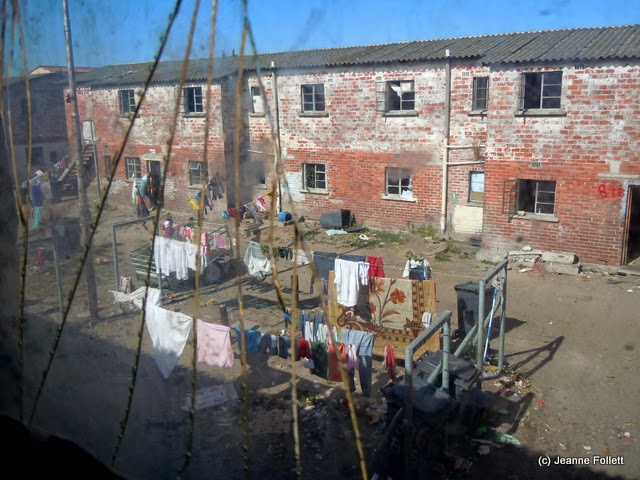 We are shown one of the rooms where a woman and her child live.  Bright mint green walls liven up the small space she has made as homey as she possibly can.  The child sucks on a large bottle. 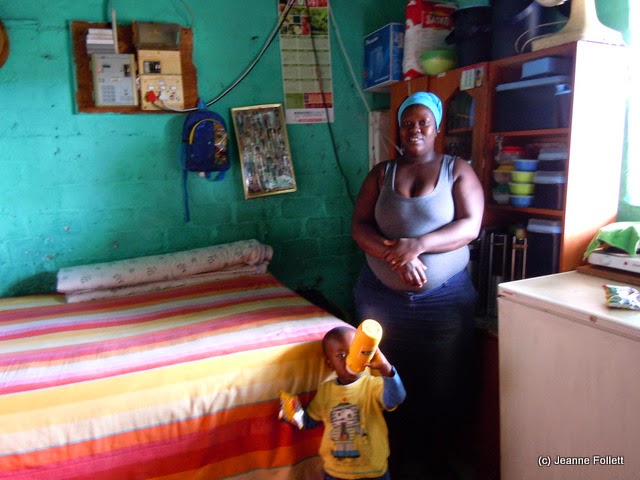 We take our leave, encountering several children waiting at the bottom of the steps.   Almost all are barefoot, but each is wearing neat and clean clothing. 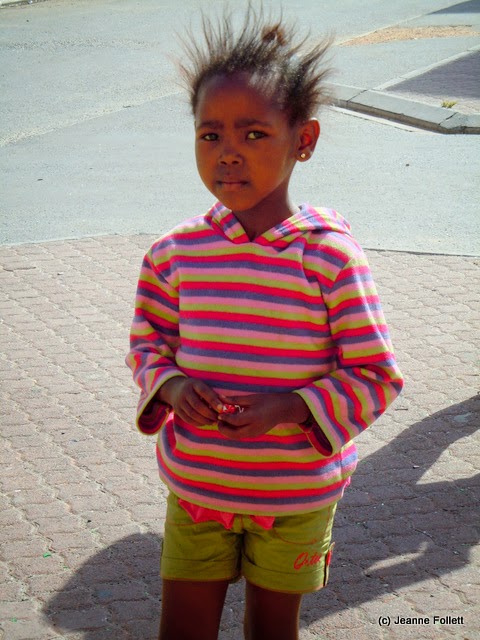 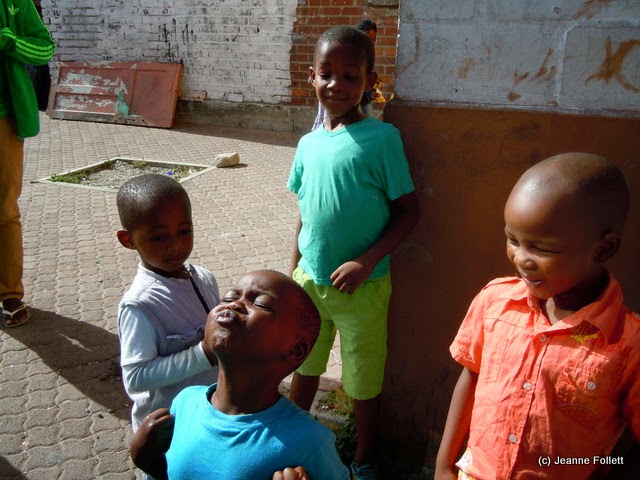 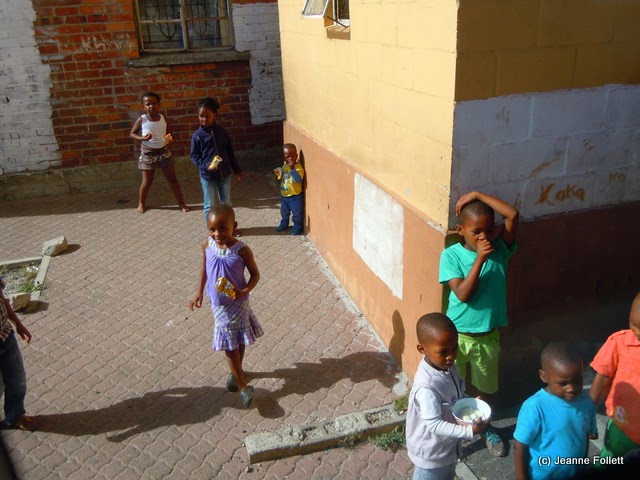