The 2nd Fur and Feathers Journals, Ch. 3: In which I can say I knew them when 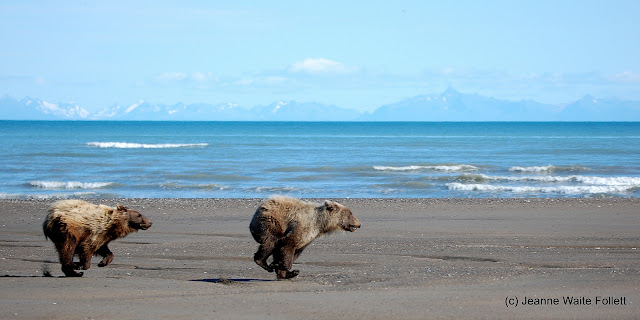 Chapter Three
In Which I Can Say I Knew Them When

During last year’s trip to Silver Salmon Creek, I met two young second season cubs known locally as The Orphans.   They weren’t true orphans, in that their mothers were still alive.   But those two mums had been overwhelmed by hormones of the reproduction kind and sent their cubs out a year too early.

I worried about those two cubs, worried that they hadn’t yet learned how to dig for clams or pounce on salmon.   There was plenty of sedge grass available and lots of berries during the season, but how would those slender bears endure the long months of hibernation without a massive store of fat?

All winter, I was anxious about their health and safety.  Even if they managed to survive the food problem, they were still in peril from boars in the area.  As with many species, boars will kill the young of sows so the sow will be ready to breed again sooner than if she kept the cubs alive until their third season, when nature sends the cubs off on their own.

Bear guide Rick Collins kept us informed about what bears were showing up in the spring.   This young boar, son of the late, great Pavlov sow, took a nap in the lodge’s yard.  Crimp Ear’s cubs were back, now in their third season and on their own.

And then, with regards to The Orphans: “All accounted for.”

Indeed, they were.  Not long after I arrived at Silver Salmon Creek, The Orphans were spotted playing in the field between the lodge and the beach.

We got close enough that I could see the dark scar that runs down the male cub’s muzzle.  These two have bonded and hang close to each other for companionship and safety. 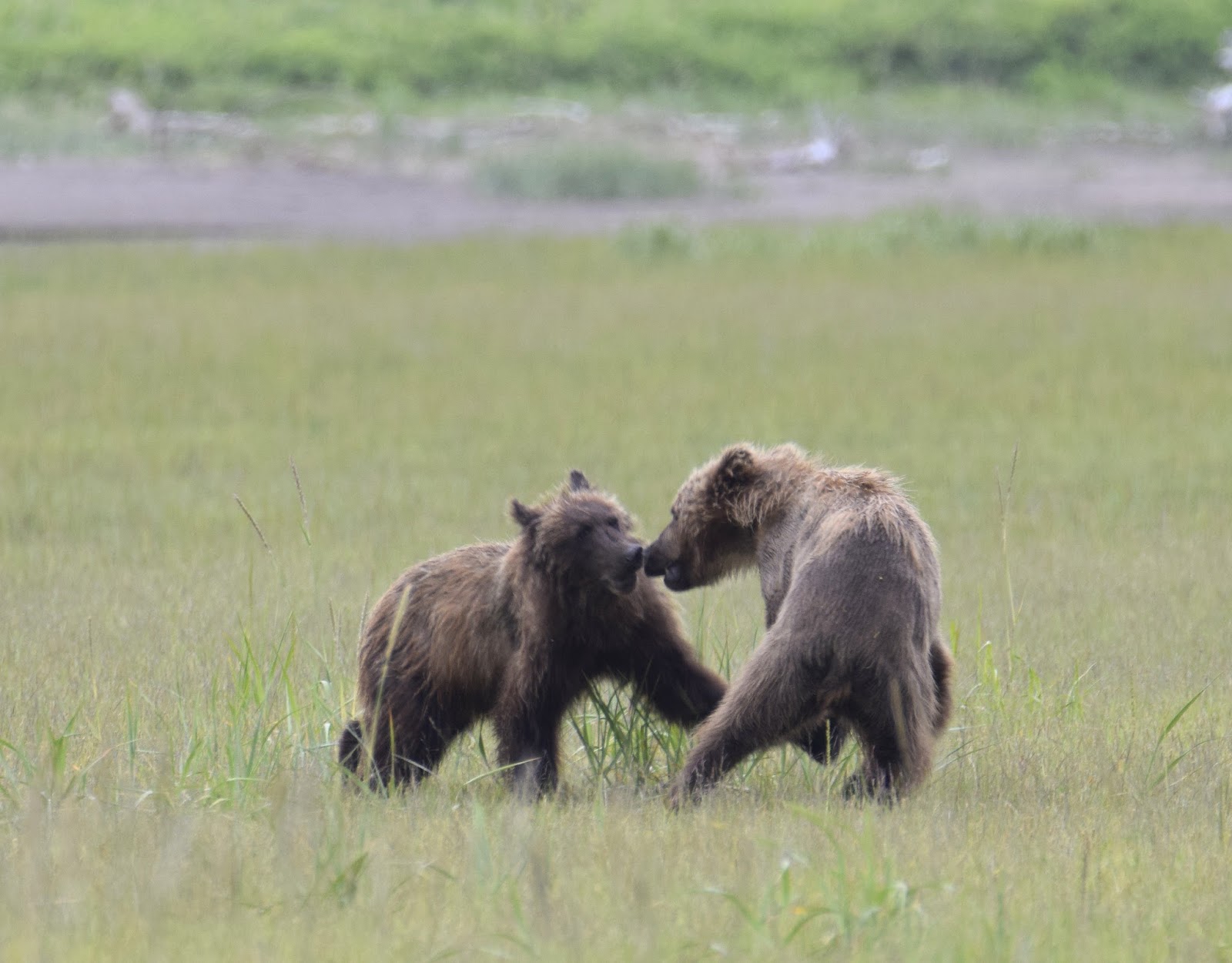 If separated, they hunt for the other diligently and hours of play follow when rejoined, as we discovered one day when the male orphan kept returning to our cabin yard in search of his playmate.

It was The Orphans who made me realize how playful bears can be.  Maybe not the old boars, but the sows and cubs. 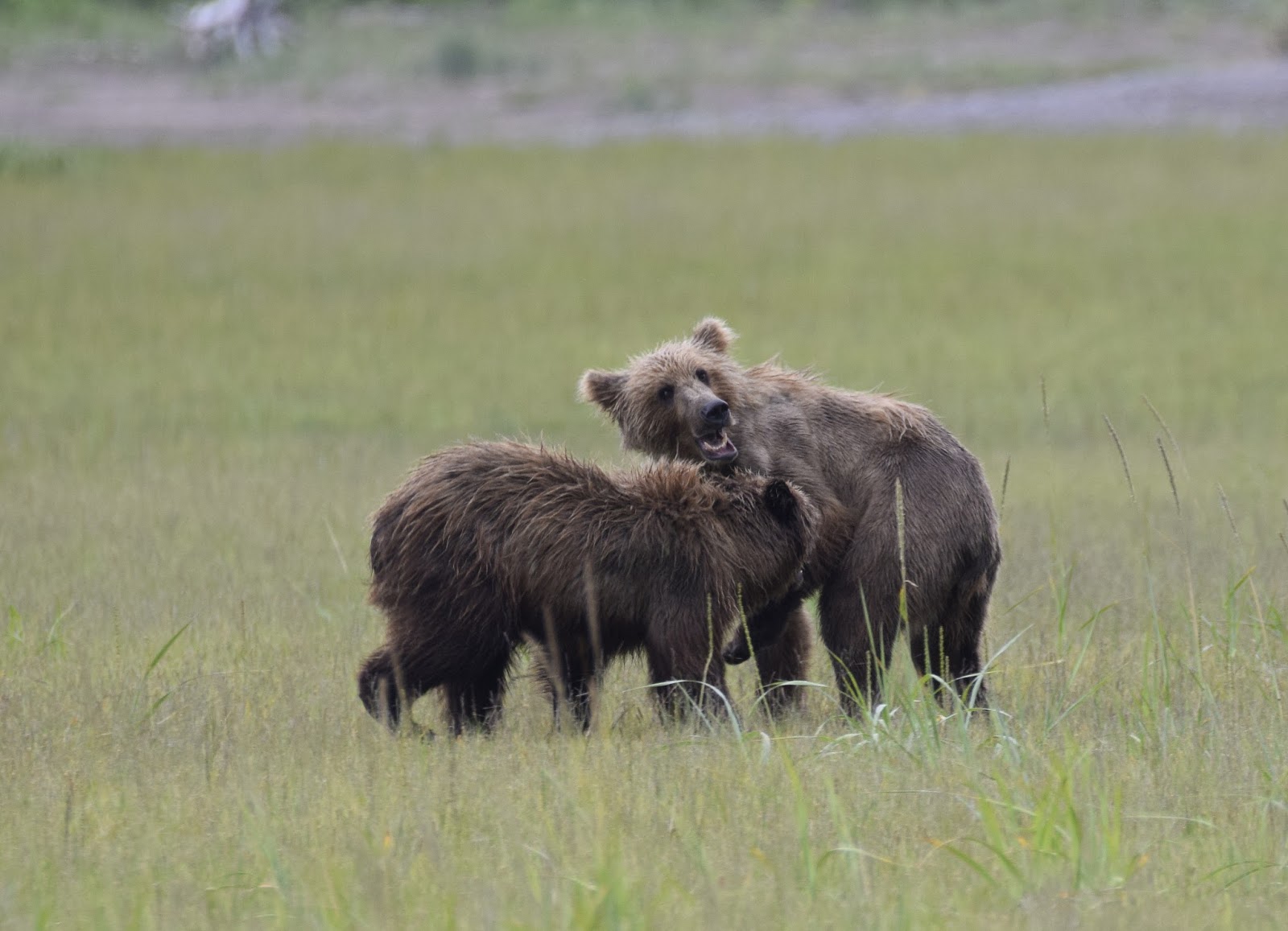 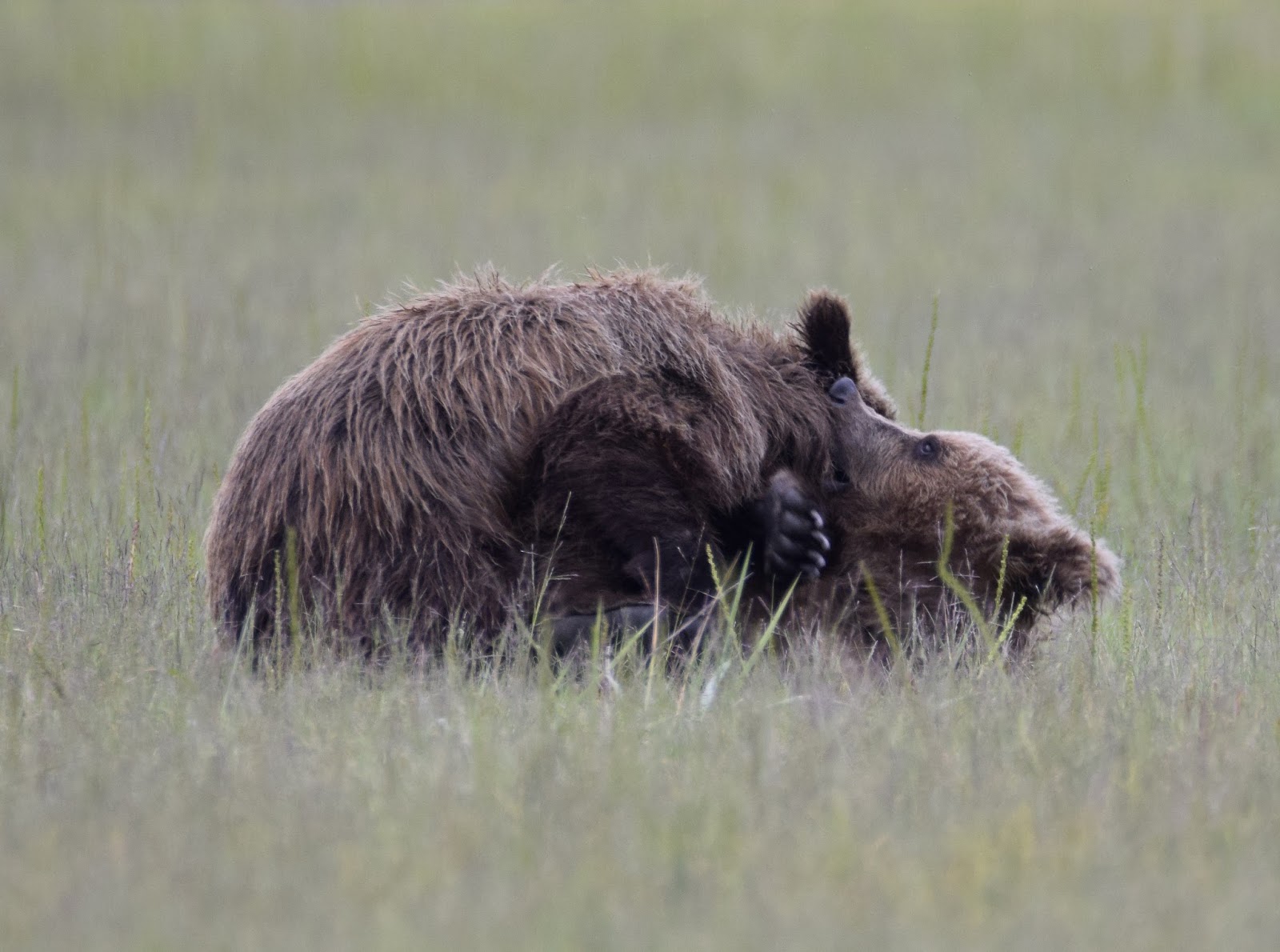 The Orphans remain my favorite bears of Silver Salmon Creek. 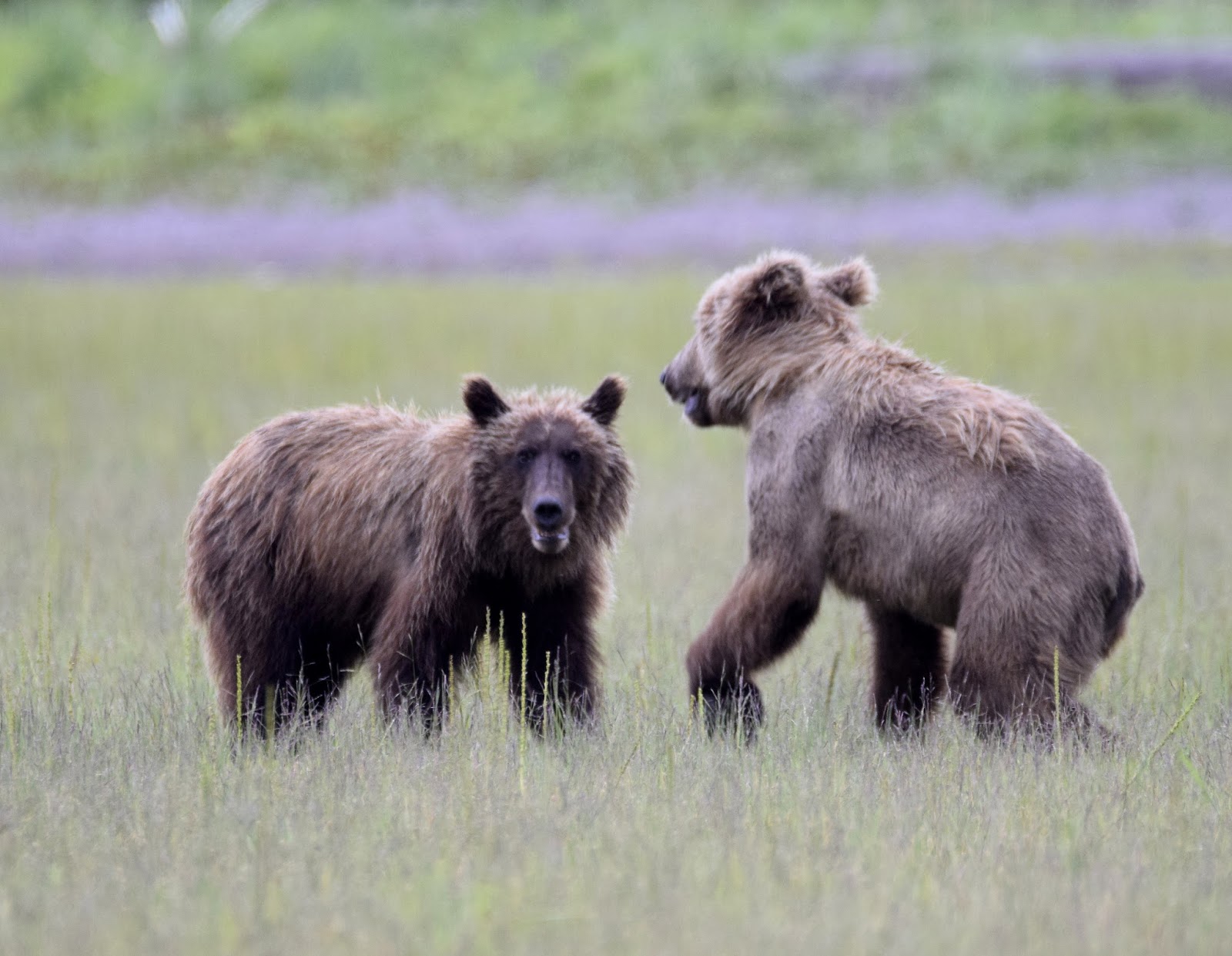 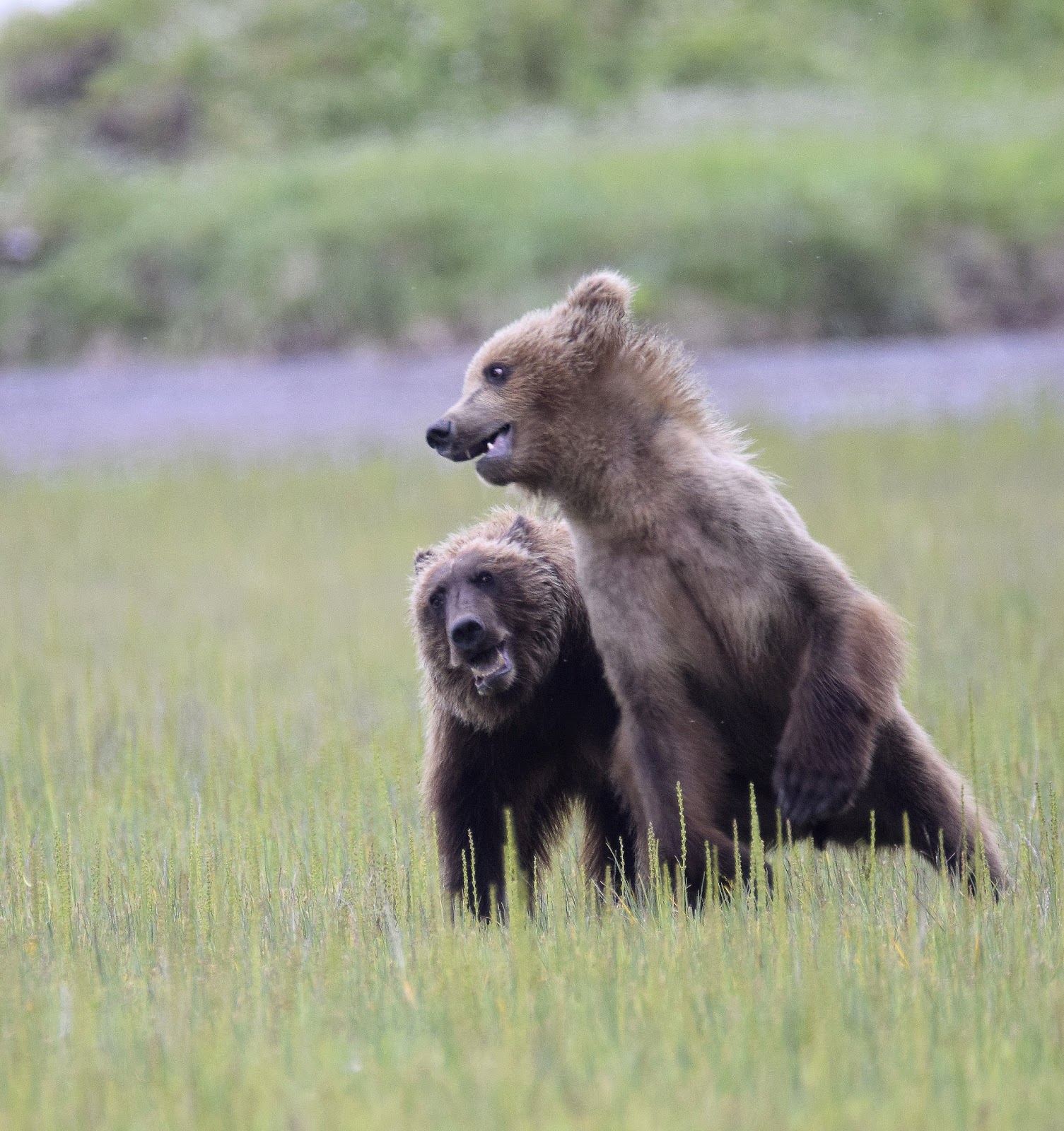 I spend hours watching them play… 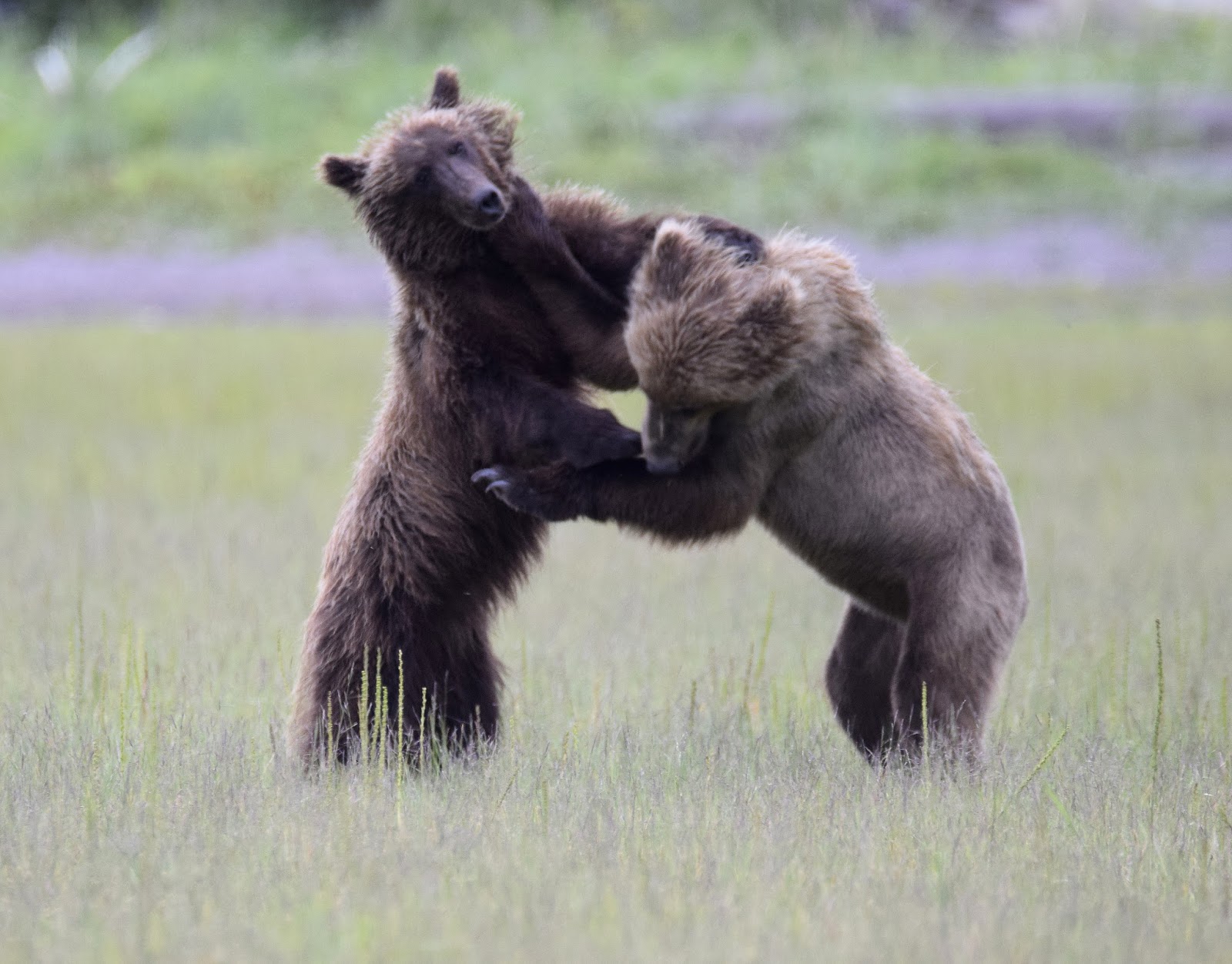 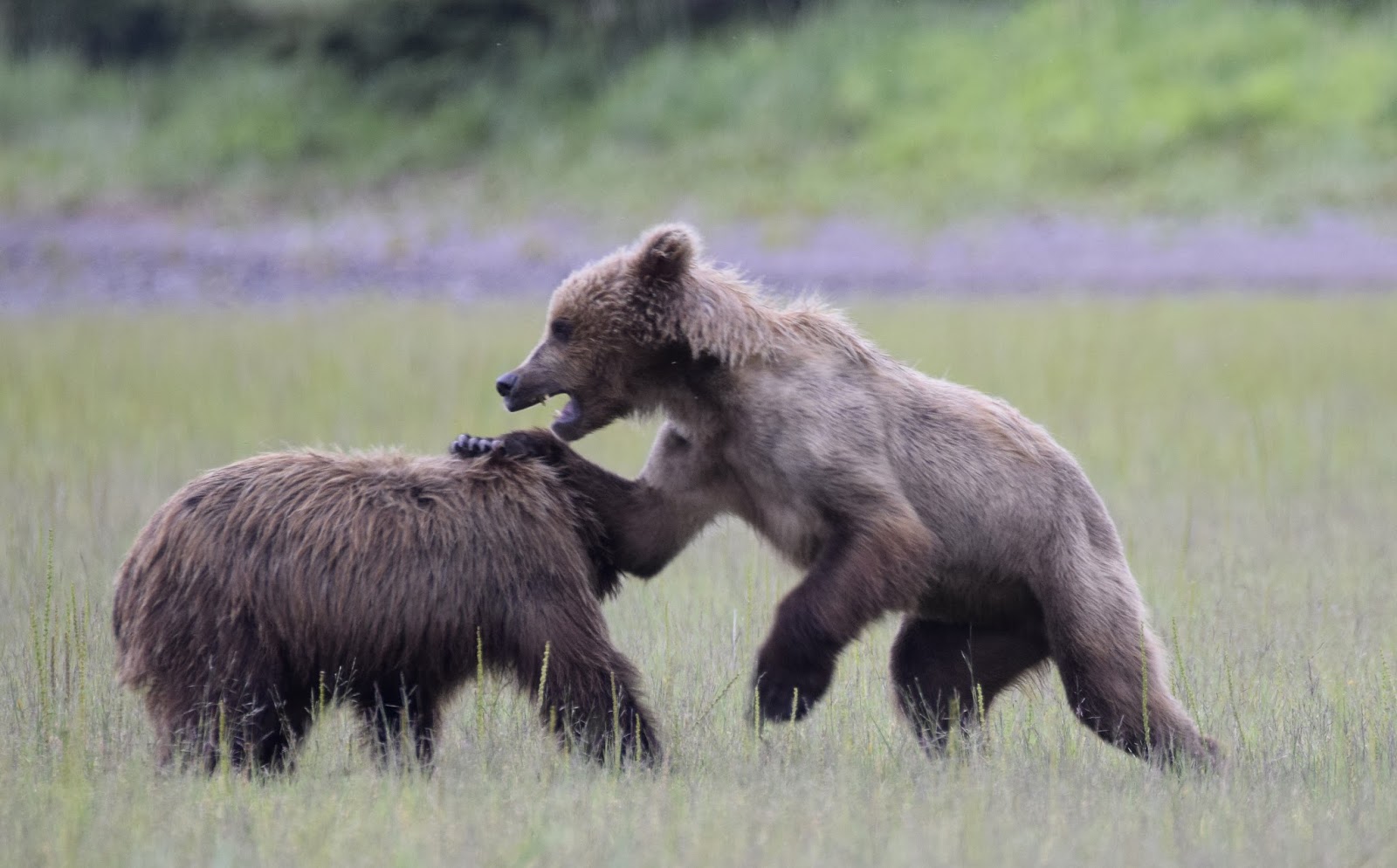 Hours in the chill misty rain watching them dig for razor clams, though their technique leaves much room for perfection.   Unlike the mature bears, the cubs break a lot of the shells. 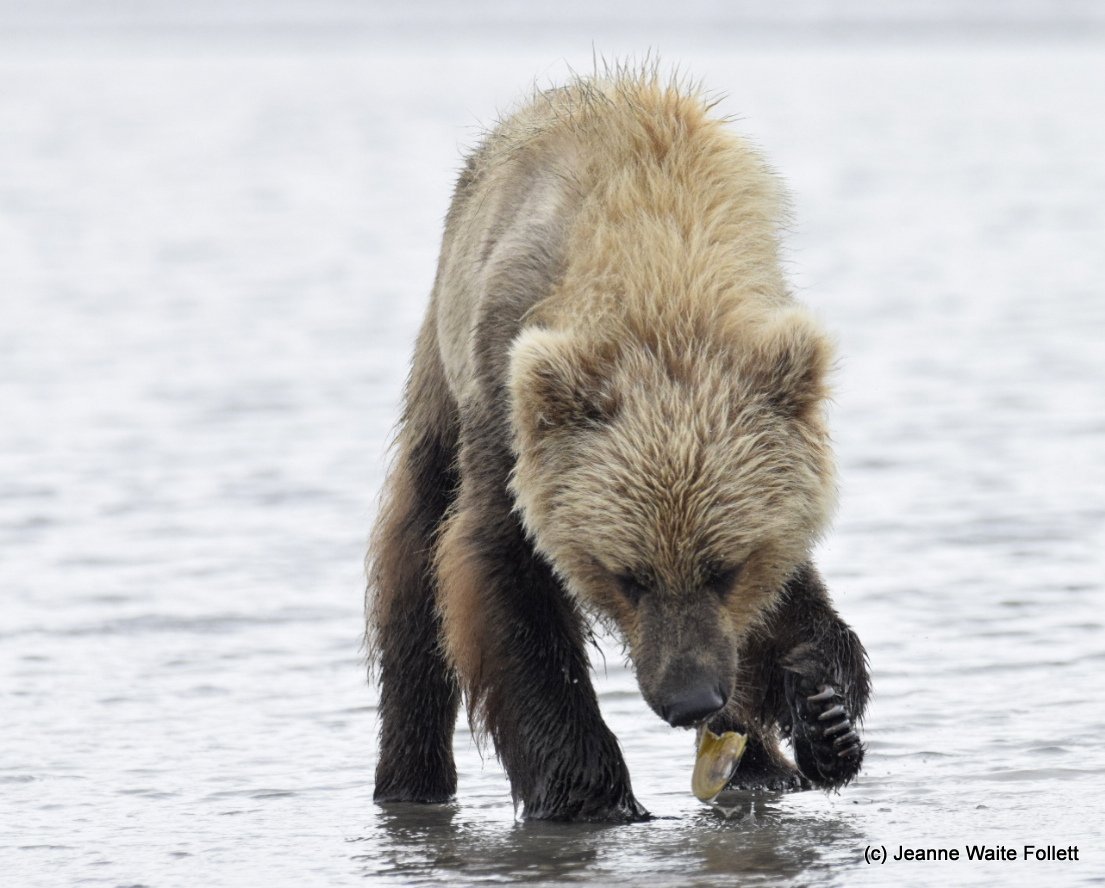 Hours standing in a field of grasses and wildflowers watching them stand and tumble and run and jump…. 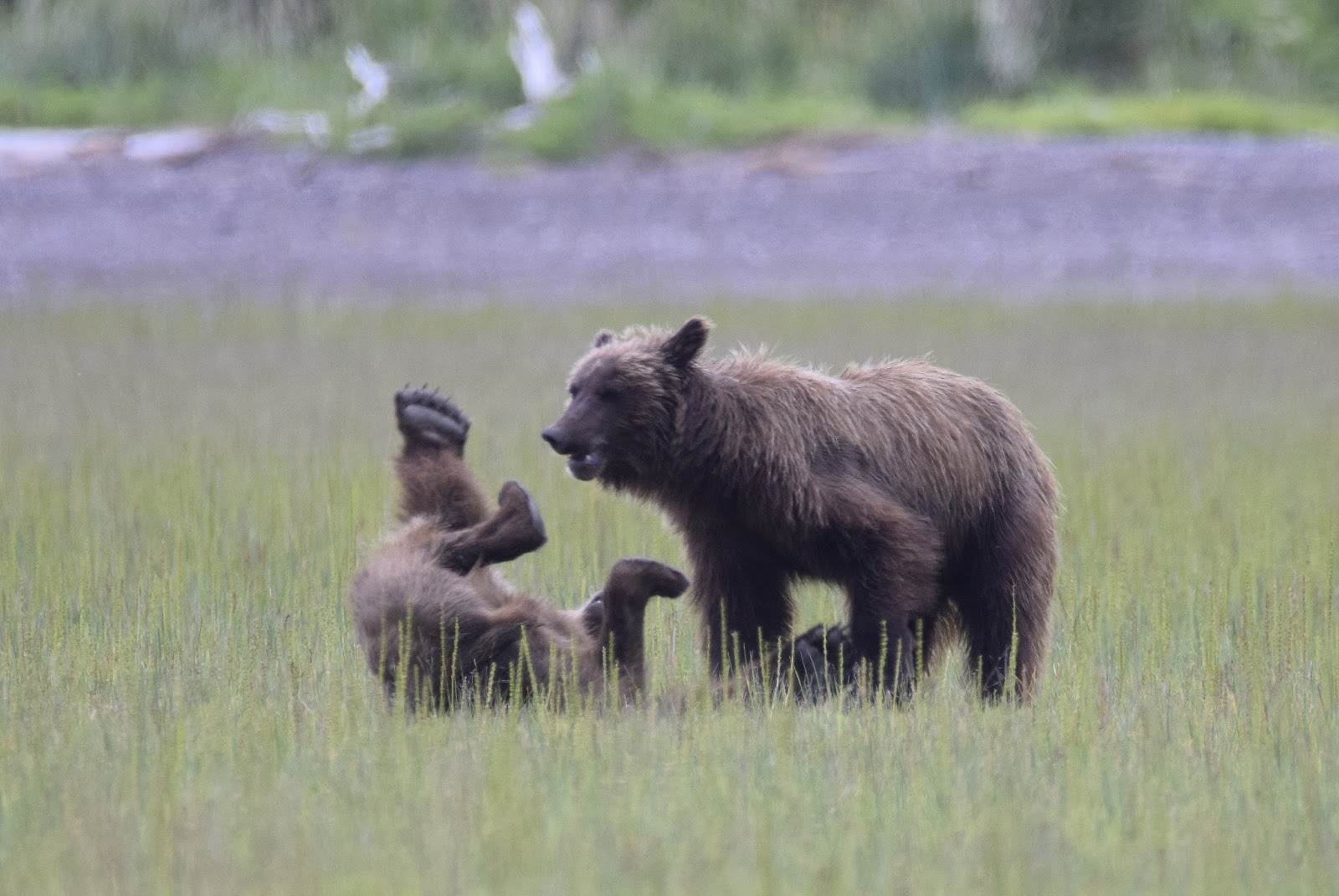 I knew them when and I wish them well. 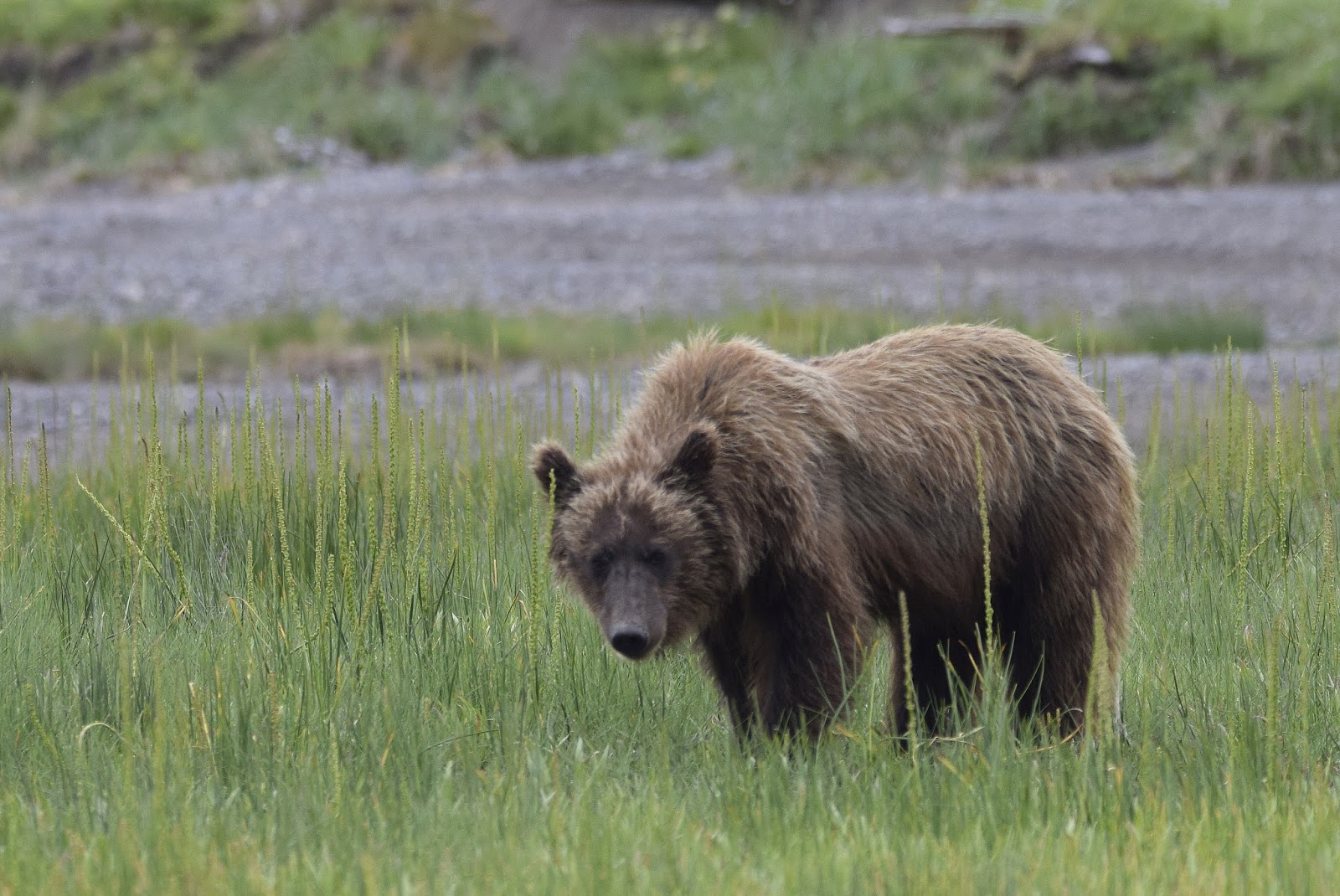 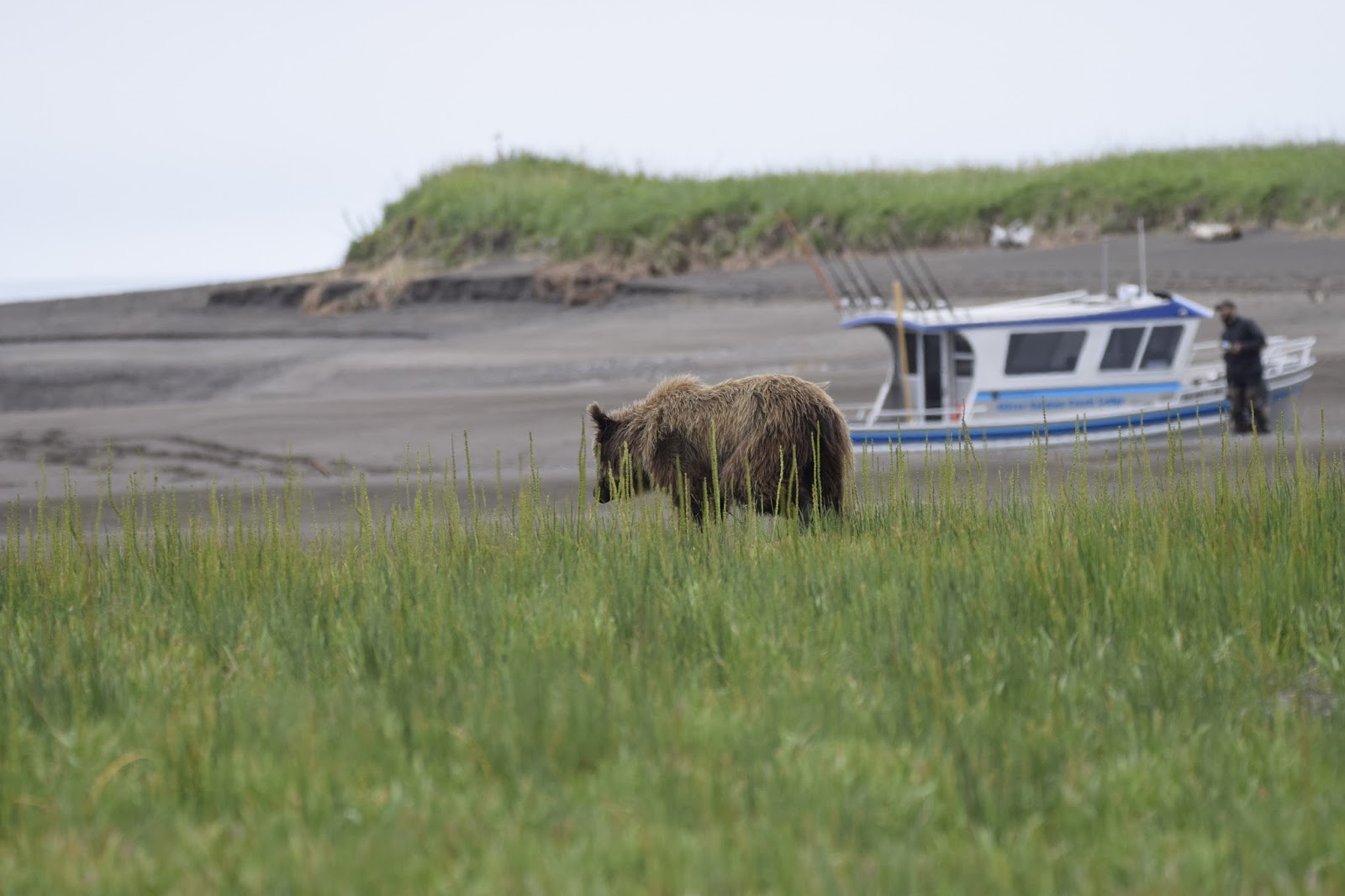