In Pursuit of LYB


From on high, came the message:

Friends, especially the photographers in South Central. It’s that time of year to really concentrate on the small migrants. They are starting to gather in flocks to begin the migration. It’s been my experience over the years that once they begin [to] flock most will be gone in 2 weeks. If you have Elderberry patches in your birding area concentrate on them. If you don’t have Elderberrys concentrate on Alders that have a rusty look to them now and lots of worm holes…
—Doug Lloyd, host/administrator/photographer par excellence of Birds of Alaska on Facebook 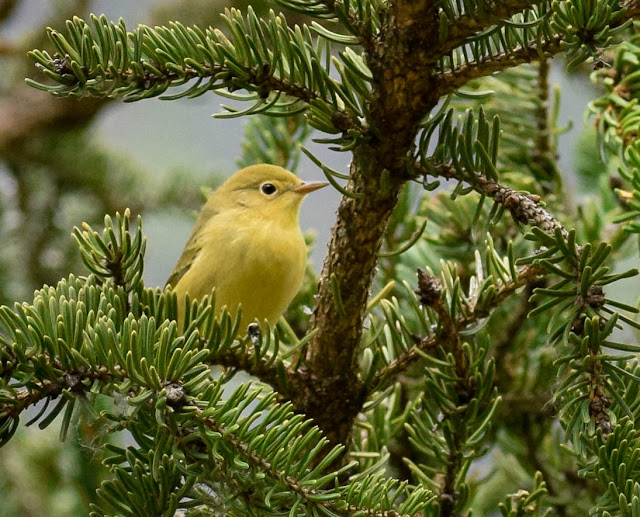 Thus, when the day dawned with rare sunshine, I ventured out to find LYB and perhaps an alder flycatcher or two.  I checked the elderberry bushes and the elderberry tree on my property and saw nothing.  I have seen yellow birds flit through here over the years, but they rarely landed for a photo or two.

I drove north on the Seward highway where there are lots of elderberry bushes and alders.

I stopped often and inspected the bushes.   Not a sign of birds, yellow or otherwise.  I saw bushes with boughs so laden with gorgeous red berries that they drooped almost to the ground.   I saw alders so chewed by bugs that the leaves were mere skeletons of themselves.


I stopped in places where I’d seen birds earlier in the summer.   Nada, zilch, zip.   I drove more than 20 miles, to the Hope cutoff.   Then I drove back.  The only birds I saw were four magpies, and one of the them was dead along the roadside.

When I got home, I sat on the front deck for a while to watch the jays and nuthatches and chickadees and juncos that gather there.

And wouldn’t you know!    A Wilson’s warbler, bright, bright yellow with a spectacular black cap landed in the willow just a few feet off my deck. 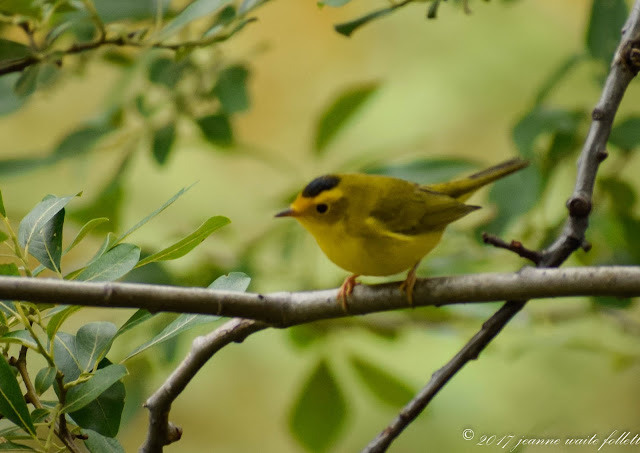 I guess it’s true:   the grass isn’t always greener on the other side of the fence.

On the other hand, while I was out pursuing LYB, I filled eight big yellow bags with litter, plus a bunch of larger stuff that wouldn’t fit in bags, yellow or otherwise.


The drive was not a total loss. 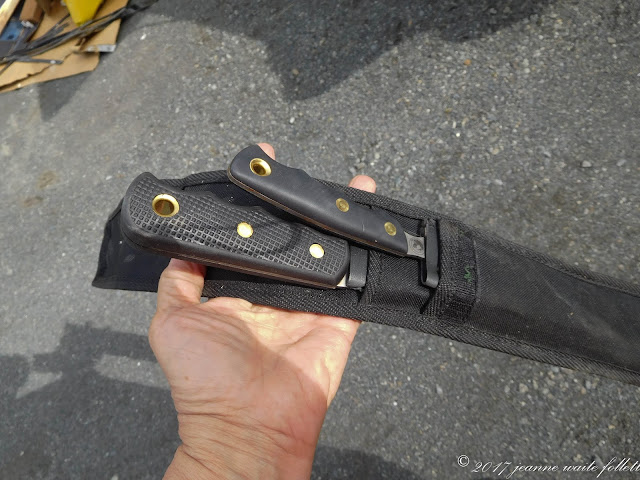 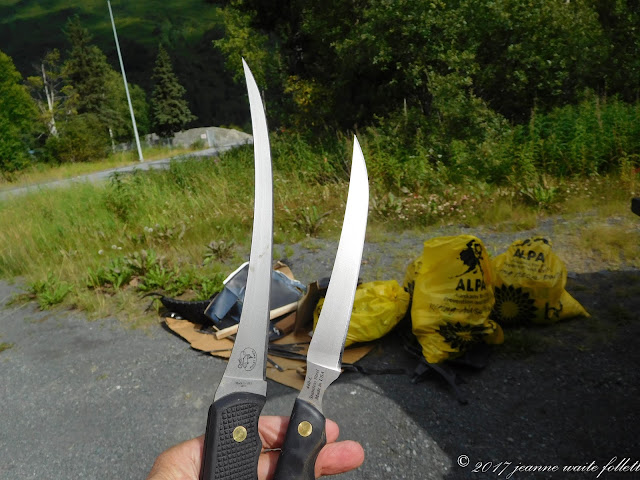 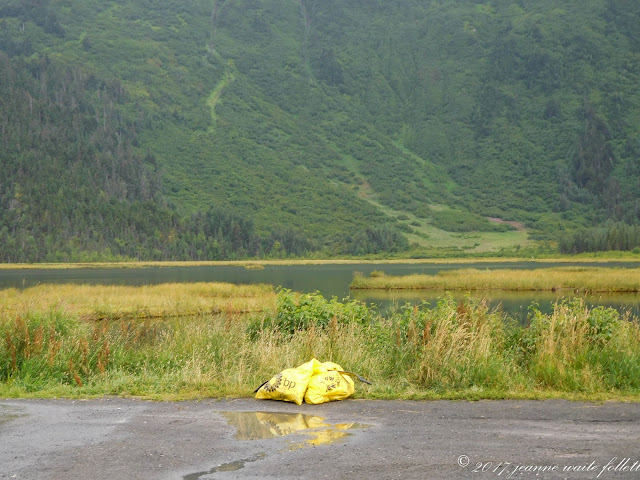