A Mini-Story from My Front Deck:


Three feather, the juvenile Steller's jay who is molting and has only three feathers left for a topknot, was hunkered down on my front deck railing on this gloomy, windy day, an unusual place to take a nap considering the raptors around here.  I walked out onto the deck to see if it was okay--just in time to see a raptor attack a jay perched in a nearby tree top. 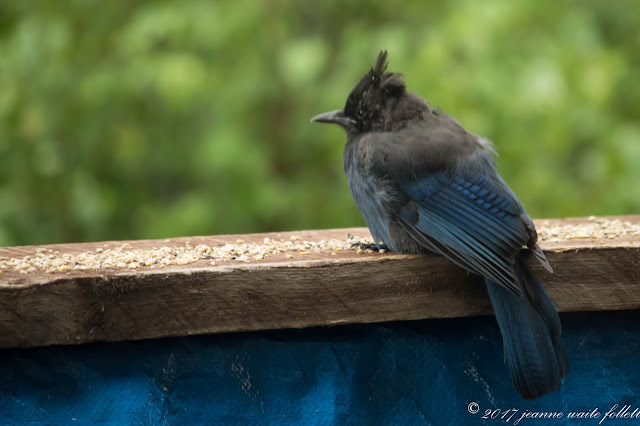 It was a clumsy attempt and I wonder if the jay in the tree was a secondary target once I appeared.  A couple jays squawked their loudest and the raptor flew around until it landed in a nearby tree. 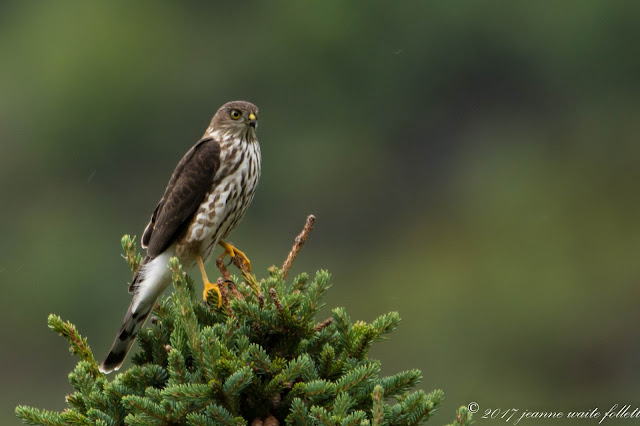 Thereupon, it commenced to consider its failed strategy.   This isn't the first time I've seen this sharp-shinned hawk and a merlin fail to grab their prey in the vicinity of  my deck where the bird feeders host jays, juncos, chickadees, and nuthatches.   In fact, there have been several times I've almost been hit by the raptors as they zoomed in on a bird.

The jays retreated to the inner branches of the large spruce tree just off my deck where they were safe from a surprise attack. 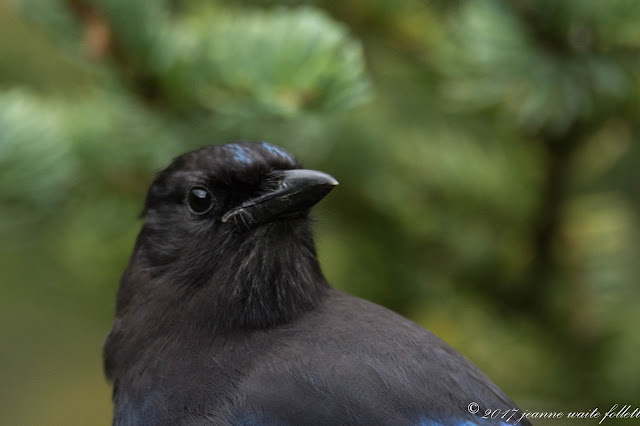 The hawk watched for another opportunity, but all the little birds were hiding and the jays were safe. 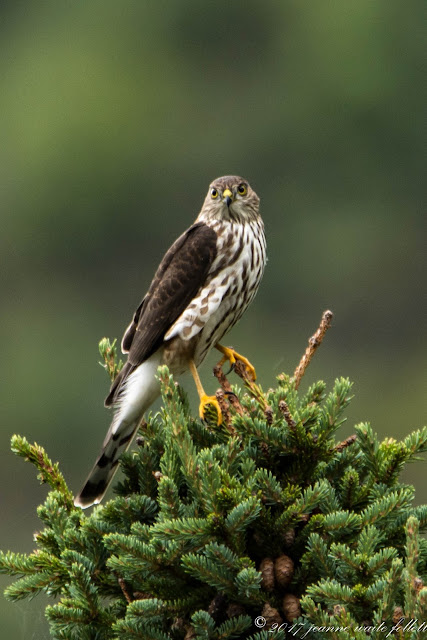 A couple minutes after the hawk left, a lone red-breasted nuthatch landed on a spruce top, where he carefully surveyed the area for danger. 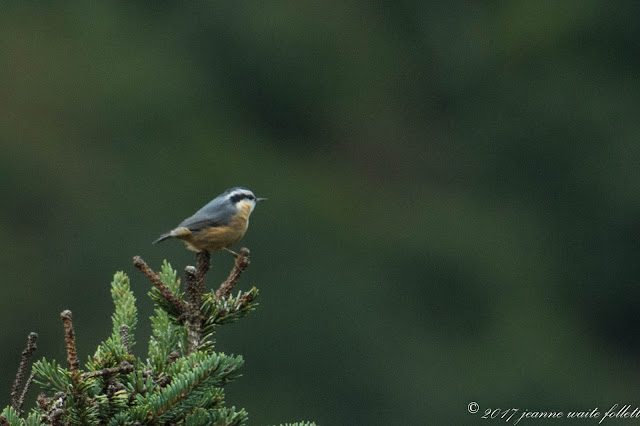 Hawks can attack small birds in flight with incredible swiftness, which goes a long way towards explaining why I often see the little birds flying between branches of trees rather than circling the trees.