During last year’s tumultuous political campaign when social media was replete with hateful, scurrilous memes and extremely differing opinions, my own Facebook page was transformed into a thing of beauty as photographers posted pictures of the birds of Alaska.

One photographer in particular caught my eye with his stunning photos and his unusual first name of Jamin.   This guy has a gift, I thought, and avidly followed his work.

So, when I recently saw a note that he was going to host a birding photography workshop, I signed up immediately.  It was to be held the weekend of Aug 12 and 13 at the Eagle River Nature Center.   I made a hotel reservation as Eagle River is about 120-plus miles from where I live.

Jamin is an engaging young man who was born and raised in Talkeetna and now lives in Eagle River with his wife and two young children.  During lunch hour at his job in Anchorage, he visits the various birding areas and usually returns with very special photos that he shares that evening on a Facebook site called Birds of Alaska.

Saturday evening, the 12th, I arrived for the first part of the workshop, an informal lecture on the basics of bird photography, or as  Jamin called it, Bird Photography Bootcamp.  In the following hour and a half, he covered photo composition, appropriate attire (during which he modeled his 3-D camouflage jacket), gear, how to lure birds with bird calls, etiquette, and how to approach birds without frightening them.   He offered a number of tips based on his personal experience. 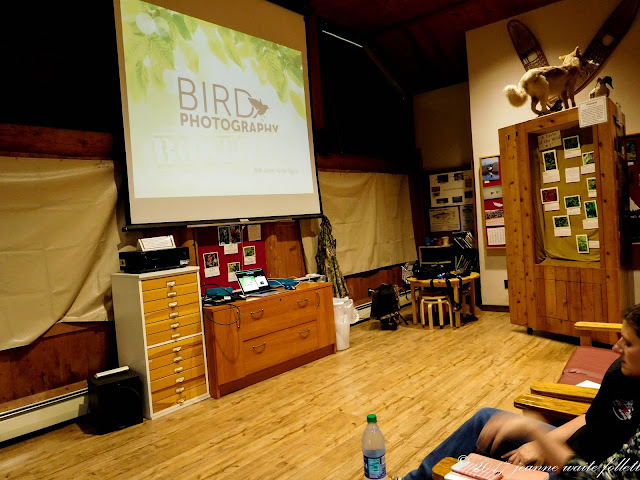 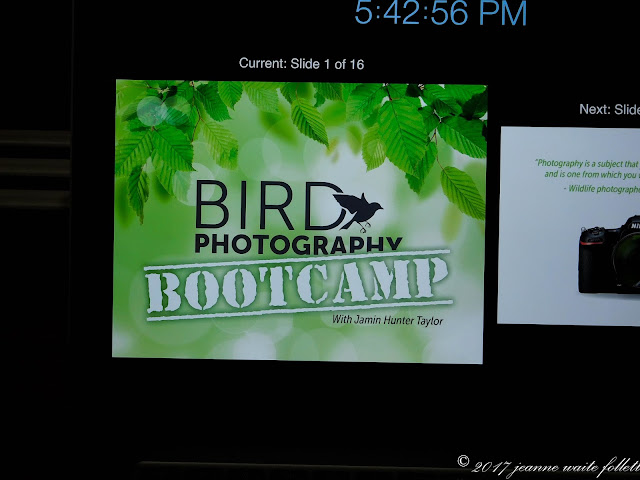 The next morning in a not-quite-pouring but nonetheless wet rain, we assembled at the Nature Center. My camera was outfitted in its latest version or a raincoat:  an 11-gallon Hefty extra strong black trash bag with a small hole cut into one corner for the lens to extend through and a lavender rubber band securing the bag to the lens hood.  Another trash bag was draped over the gear bag that hangs from a shoulder strap.

An attempt at luring dark-eyed juncos to the flower bed at the center did indeed bring juncos, but they remained high in the trees.   We marched onward into the forest.

When we reached a small boardwalk viewing area, he set his Bluetooth speaker (protected within a plastic bag) near a meadow of drying cow parsnip, selected the appropriate bird calls on his smart phone, and waited.

It didn’t take long before we saw small birds coming to investigate.   My first shot was an experiment to check exposure, something that is my bugaboo with the camera I was using.   The photo was a bust, but I liked the tones in it.

A boreal chickadee appeared, followed by a handsome dark-eyed junco.


Then we were rewarded with a golden-crowned kinglet, a bird I’d never seen before in my admittedly limited experience. 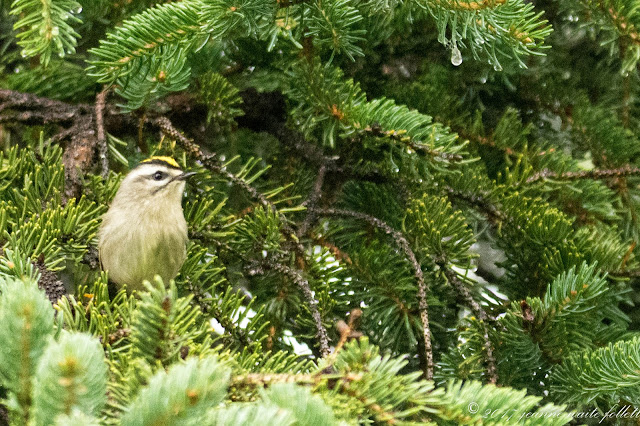 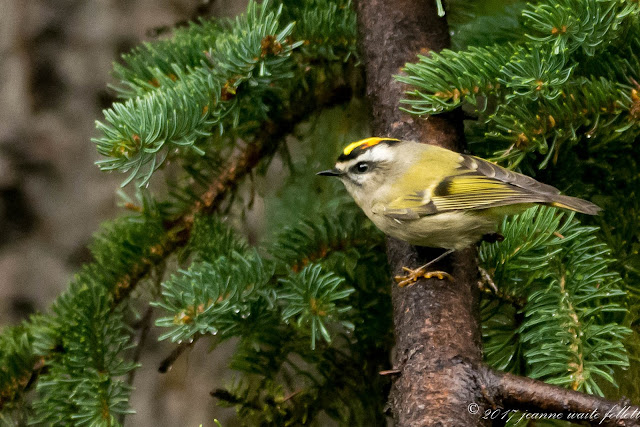 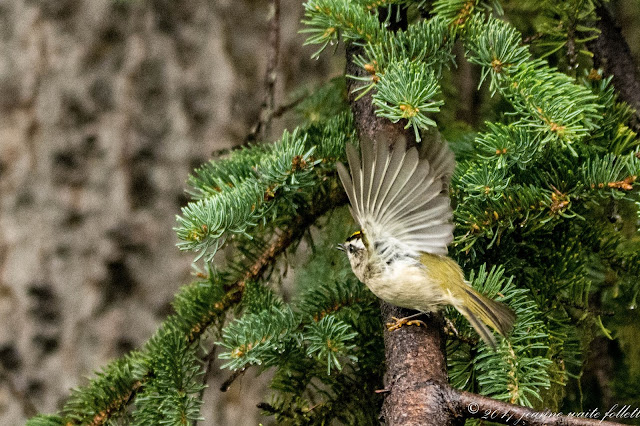 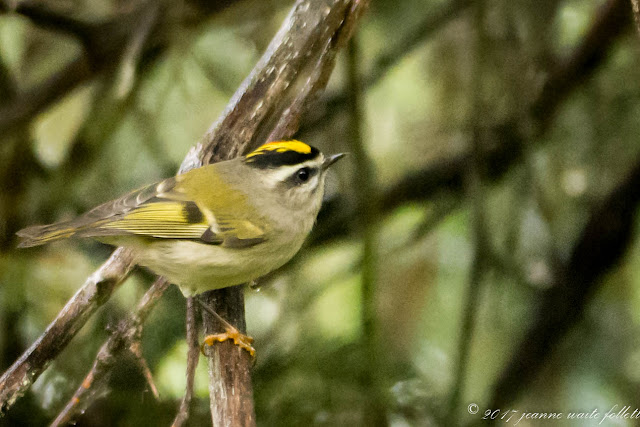 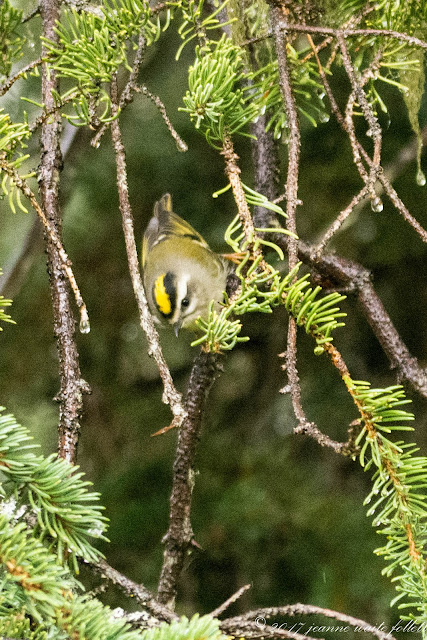 Jamin soon turned off the bird calls, so as not to annoy the birds.  Limited use, he emphasized.

He found a downy woodpecker on a large cottonwood trunk right beside the trail. 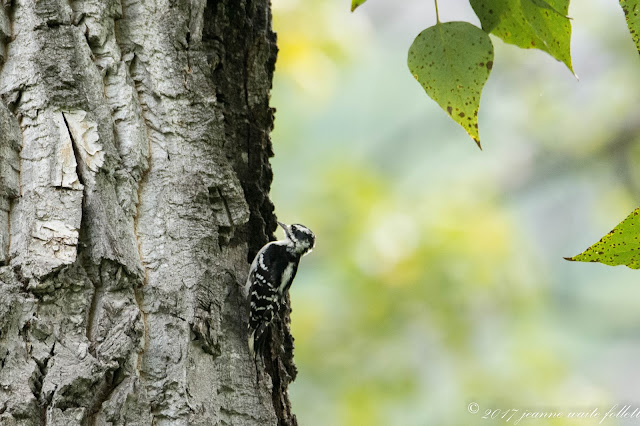 We passed a very cool cottonwood tree, and I lagged behind for photos.  As usual.


At another boardwalk/viewing platform, we tracked speedy and showy kingfishers as they flew from perch to perch, and waited in vain for American dippers to appear. 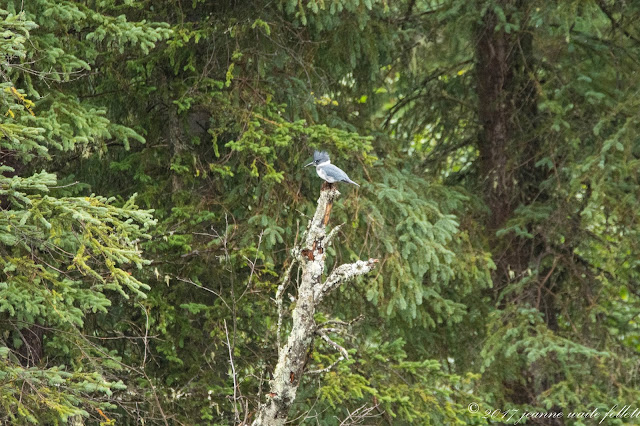 We moved away from the boardwalk to get closer to one of the kingfishers’s preferred perches, and a curious weasel tried to crash the class. 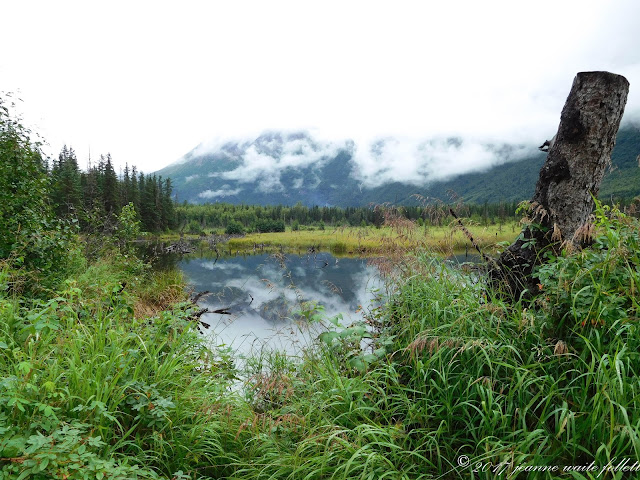 On the way back, we saw a teal dabbling along a marshy shoreline….. 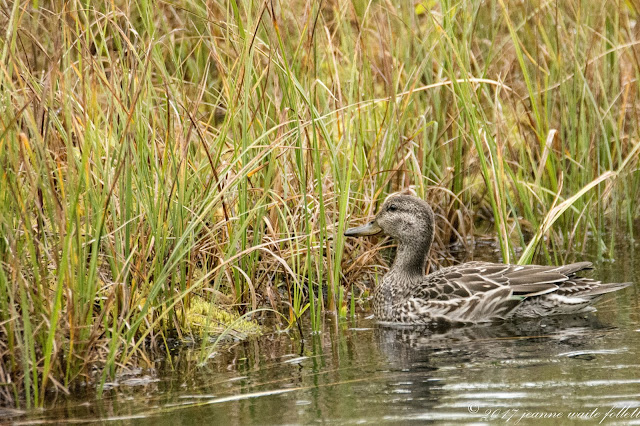 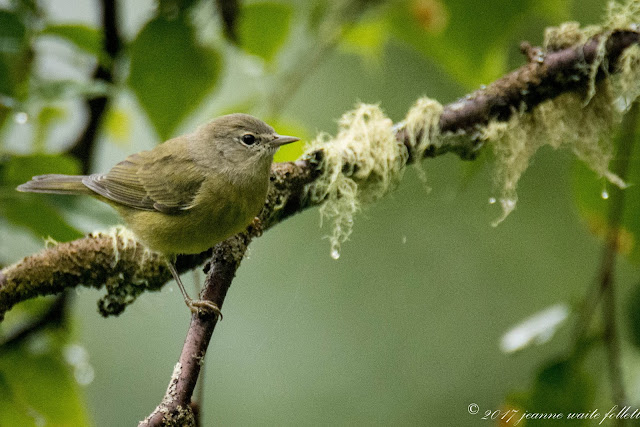 And a black-capped chickadee in the cow parsnip.

The final portion of bootcamp was a learning session held in a yurt.   Jamin set up his laptop and projected some of his photos onto a screen.   Then, he showed us how he edits the photos and refines them, using Lightroom and Photoshop.

I was so impressed with how adept he was with that software that I proclaimed I would never again post a photo on Facebook.   I lied.   Posting photos and getting comments is a valuable step in learning.

One of the most important things I learned was how to watch for ideal perches for the subject and then hope it lands there.    One advantage, according to Jamin, is that birds have favorite perching spots and will often return to that perch if you miss it the first time.

Thanks to Jamin’s excellent bootcamp, I am more confident than ever in this continuing learning experience called photography.

Not so much with Lightroom, though. 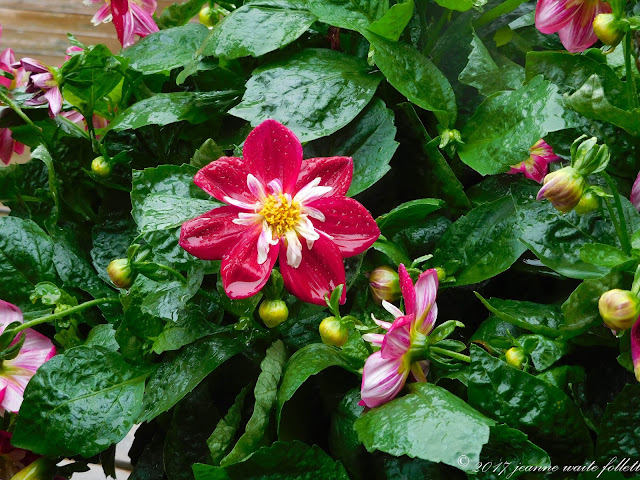 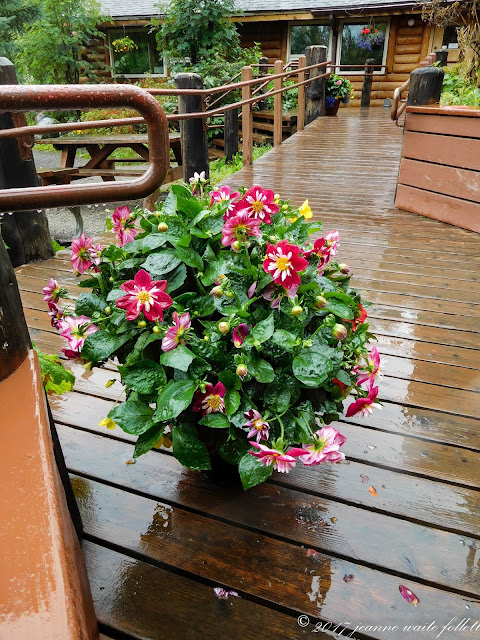