It’s god-awful o’clock in the morning and my crazy cousins are in the kitchen of this motorhome, all bright and perky and sucking down genuine old-fashioned percolated coffee.

I don’t look at the clock, but I know Chris set her phone alarm for 3:45 and a song I could quickly grow to hate bounced across the bedroom and invaded our sleeping bags.  Guess who jumped right up and got dressed and started making lunch sandwiches for six people?

Clue:  It wasn’t me.   I haven’t been up this early since the last time I stayed up this late.  Nonetheless, here I am, staggering down the hall with my eyes artificially propped open with imaginary toothpicks. 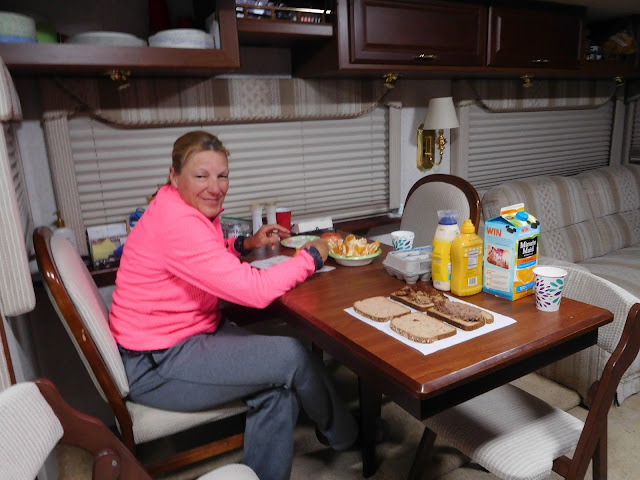 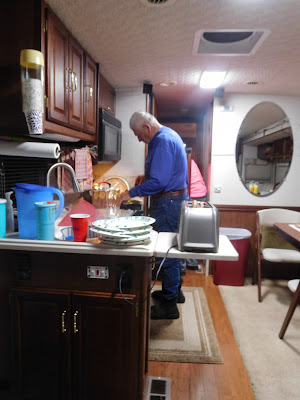 Cousin Bud is already preparing breakfast and has considerately built a fire under the teapot for my morning cup.   Red.    I think the teapot was red, not the tea.  Or maybe it was black. The weird cousin from Alaska doesn’t drink coffee, and hasn’t since early 1966.   She drinks tea and brought her favorite brand—Constant Comment.

Five o'clock and we’re in the red and white Bronco and bouncing over boulders and frozen ruts on old logging trails.

By 6, we’re picking our way down a frozen, rock-strewn steep ridge in the dark, our next footsteps illuminated by head lamps.   Try that when you're wearing trifocals.

We are dressed all in camouflage clothing, except for the blaze orange hats on our heads.  Apparently, elk, deer, and moose can’t see blaze orange?  Whatever, the orange hats are required to hunt in this national forest.   For safety, so some hunter doesn't mistake my wind-disheveled hair for a proud set of antlers, I guess.

Suddenly, just below a couple bushy evergreen trees, is Bud’s hunting blind.  A few old boards scrounged from an abandoned sawmill site have been tacked up to partially enclose the blind, and a flattened log provides a place to sit for three people.   We number four.

I am wedged in between Bud and Chris, and Bob is on the other side of Chris.  The wind is blowing, though in Wyoming I think this is called a mild breeze.   For the first time in my life, I’m glad I’m short.  Bud and Chris make excellent wind breaks.

It’s pitch black.    Sunrise is a few seconds after 7, and it’s legal to shoot a half hour before that.   Down canyon, the lights of  the town of Arlington are visible.

We’re settled and in stealth mode when Bud says, “There’s a bull elk…”   They are also called wapiti.
Everybody looks but me.  I can’t see over the top board of the blind.   Anyway, it's still dark.  By the time I realize where he’s pointing— maybe ten yards below the blind—the elk has done that magic disappearing act at which all members of the deer family excel.


It is ten minutes before legal time to shoot, and Bud can only shake his head and watch it vanish.

The sun slowly rises over the mountain across the canyon in front of us and eagle-eye Chris is standing and panning her binoculars over the slopes.  The far side of the canyon, across Rock Creek, is in another unit and not open to hunting for a couple weeks. 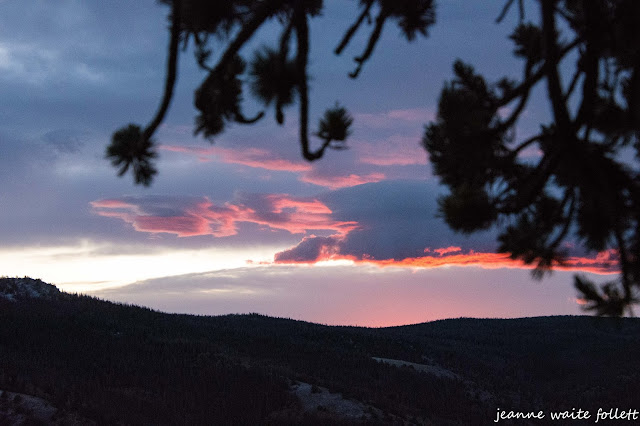 In the light, I can see the terrain.   Below us there are few trees and little brush.  To our left are two more areas barren of trees, but much larger.   They are perfect meadows for browsing animals. 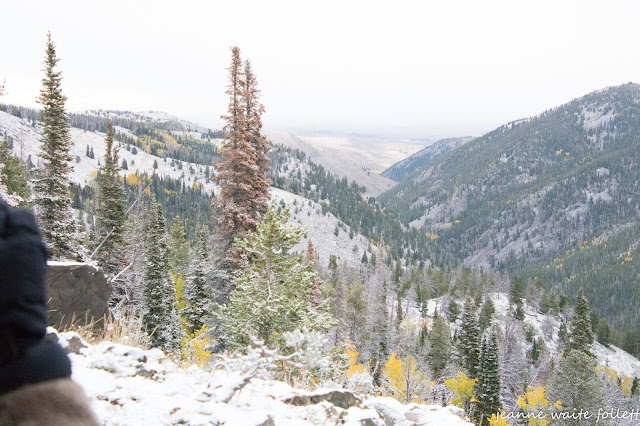 It’s much steeper and more forested to right. 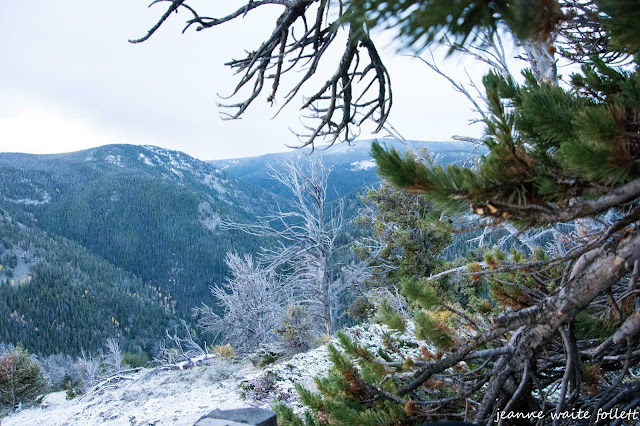 Chris has a reputation for spotting game and before 9 A.M., she spots a bull elk, two moose, and three more bull elk.   There might be more.   I wrote it down somewhere, but can’t find that note.   I can’t read my handwriting in the notes I can find, so it’s moot now.

By 9 o’clock snow is coming down sideways and I surrender to the cold and the pills and stagger up to the Bronco and curl up on the front bench seat.  I have down booties on over my boots and Chris’s “puffy” pants spread over me.

The elevation is probably over 9000 feet.

I look out the window and all the world is white. 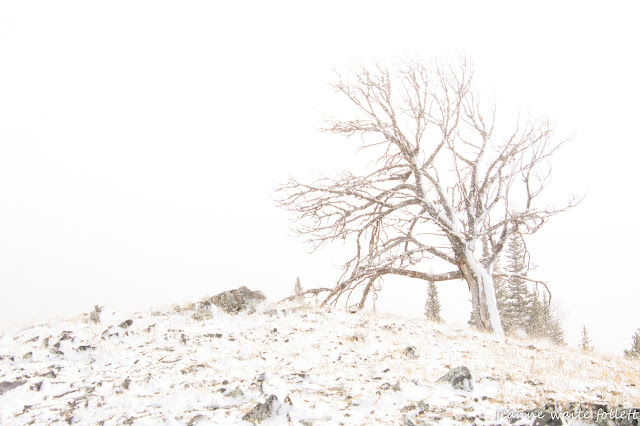 So goes my first elk hunt.