The Wyoming Journals, Ch. 6: Medicine Bow and Burgers at The Virginian Hotel

When last we saw our intrepid hunters, they were riding off into the sunset with their freshly harvested elk.   That evening, we know they dined on lasagna made with ground elk.   Another elk, harvested in another year, not this one. 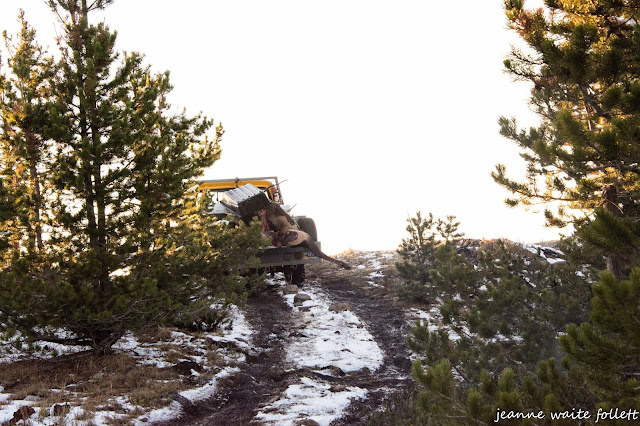 There are no photos of the elk lasagna because I was too hungry to stop and take a photo.   Somewhere in the hundreds of photos I took, I think there is one of leftovers being stored in plastic containers.

The next morning brings the BOING!   BOING!    BOING! of that infernal “melody” from Chris’s phone alarm.   Lawdy, but I hate that song, but to be truthful, I hate any noise that emanates from any device meant to awaken me.

Up at 4:05.  Chris always gets back in her sleeping bag after hitting snooze or whatever she has to do on her phone, and I’m sure it’s so that I can spend five minutes dreading that wretched noise a second time.

We’re eating pancakes for breakfast at 4:30.   Brad and Charles go off to hunt and we four cousins go back to our beds.   That’s a perk that happens when your team has harvested an elk.

Later in the morning, Bud, Bob, and I drive to Medicine Bow to deliver the elk to the game processor, Maddox Meat.  Waiting for Bud to complete his order, I notice a sign on the wall that warned of a $50 extra charge is game was brought in WITHOUT the hide.  The reason, of course, is so that the meat stays clean.  I suspect in Alaska, if you had the ability  (crane, forklift, etc.)to take a whole moose in, hide and all, you’d be charged a whole lot more! 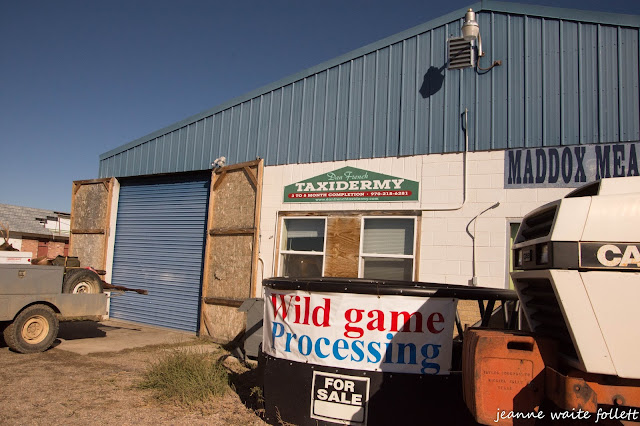 It seems that everything important in Medicine Bow is located on the main street, the Lincoln highway.  There’s Maddox, a gas station/convenience store, a bar, an ice cream store (closed), and an RV park.  Medicine Bow was founded in 1868 as a watering station for the steam locomotives of the Union Pacific  railroad.

We drive over to the gas station, fill up, and walk into the convenience store.  The lady behind the counter, like most westerners, is friendly to strangers and we talk for a while.  I am floored by the price of hot dogs, and ruefully recall $3 hot dogs in Alaska.   These aren’t little bitty dogs, either.

Our next stop is next door (almost) at The Virginian, an historic hotel built in the early 1900s.  The three of us all order burgers and fries and I wander around with my camera. 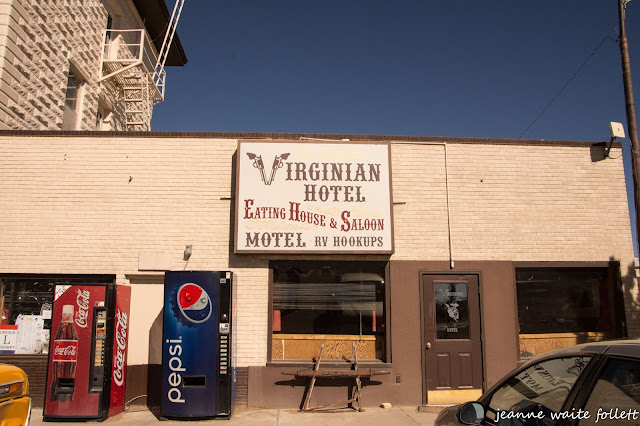 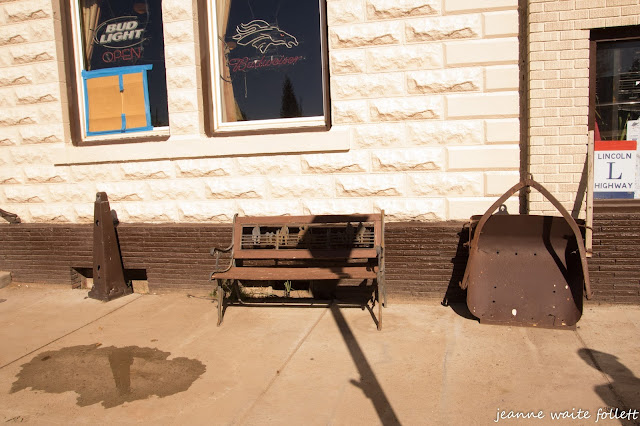 The young fellow who waits on us is as skinny as a stalk of straw.   He’s wearing sneakers, jeans, and a black hoody that he wears with the hood pulled over his head.   It’s odd, but there is nothing to complain about with his service.  He’s polite and knows the right way to ask and serve.  It’s the hoody!   I have to wonder if he's hiding something.

Cousin Bud is seated and staring at his phone while Cousin Bob checks out the decor.

Then, we head for camp.   Along the way, we spot many pronghorn antelope in the fields. 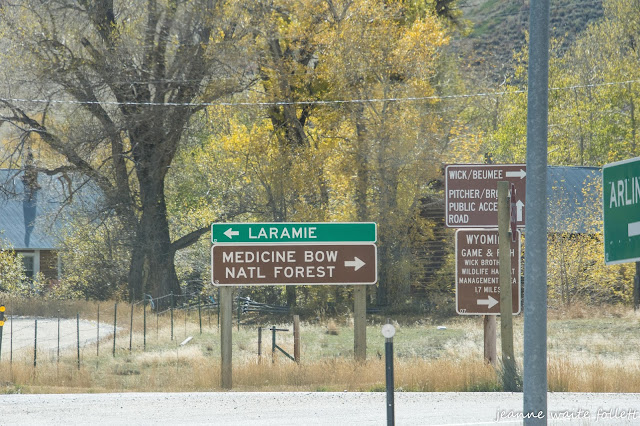 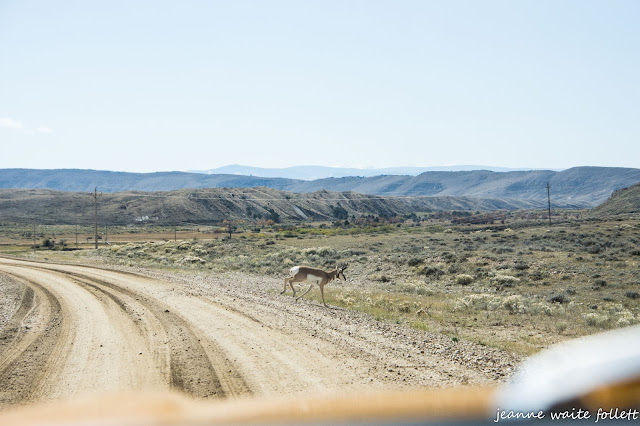 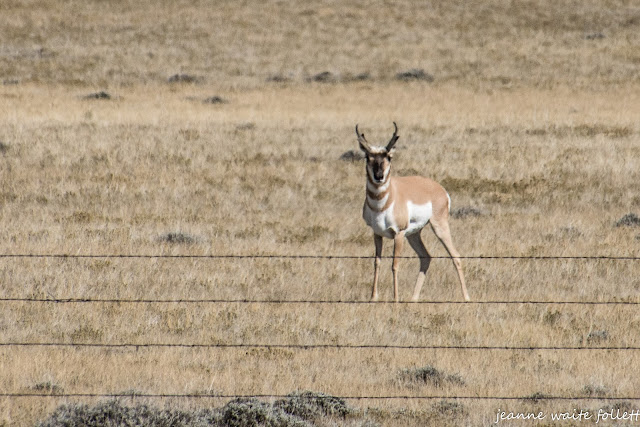 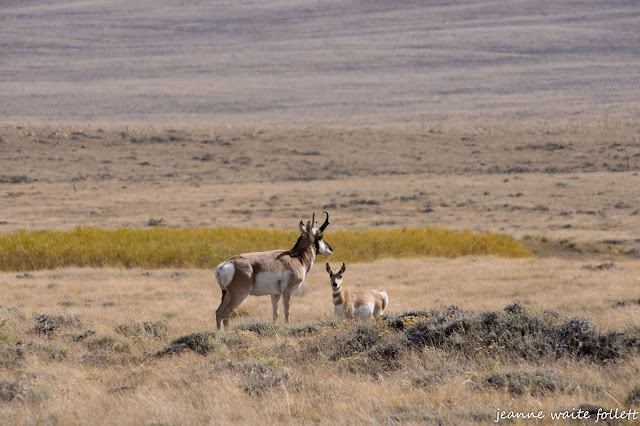 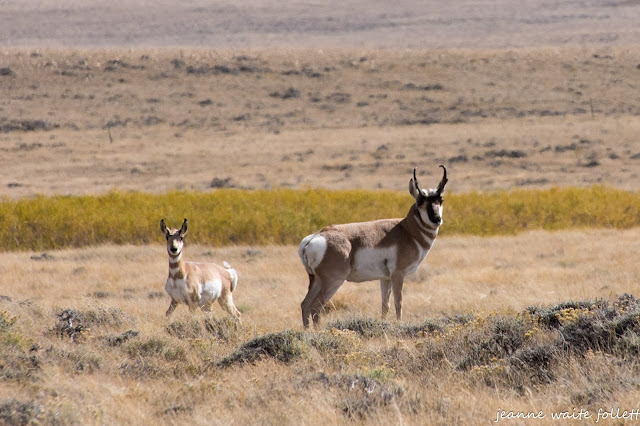 We have one more stop to make before we get back to camp, one that utterly enchants me, but that’s another chapter in this on-going tale….

Pretty soon we will get to the shoot-em-up.   Stay tuned. 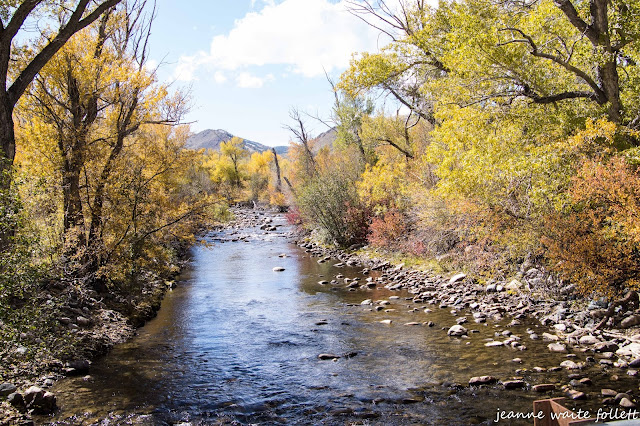 Some photos from inside The Virginian restaurant and special dining room: 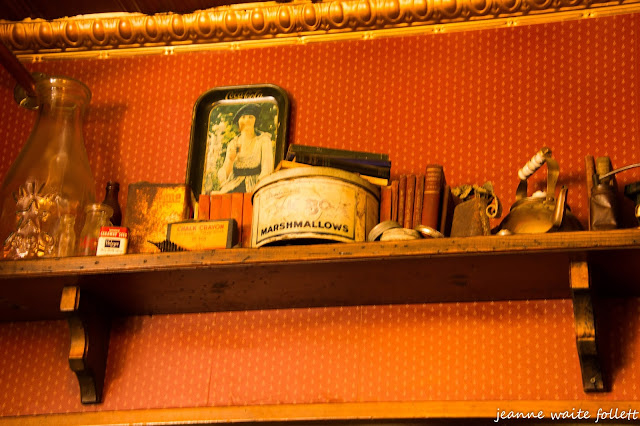 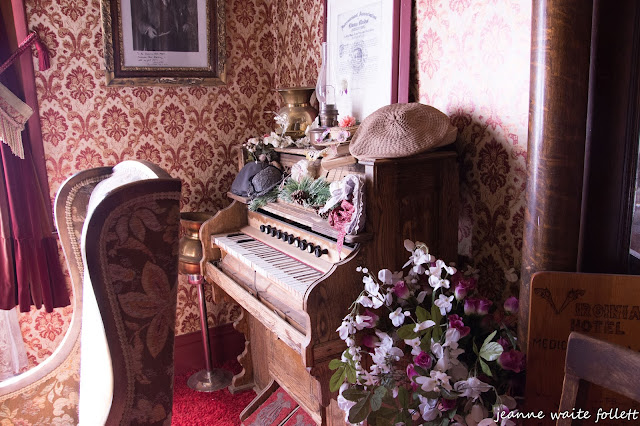 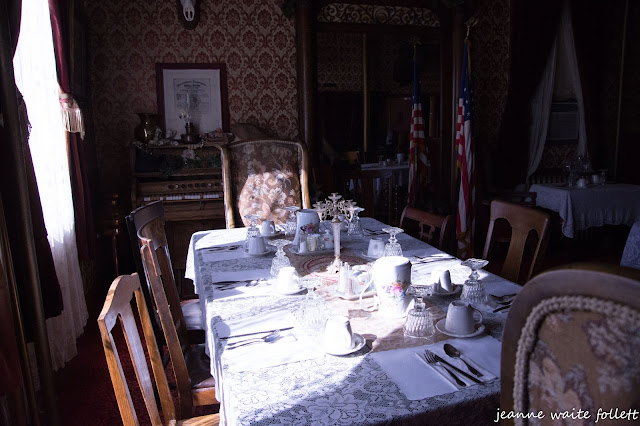 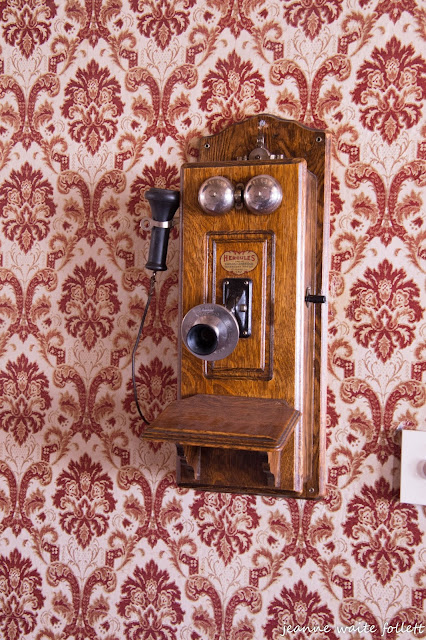 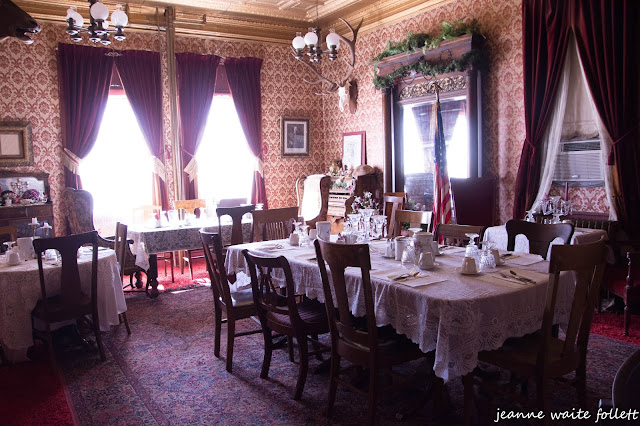 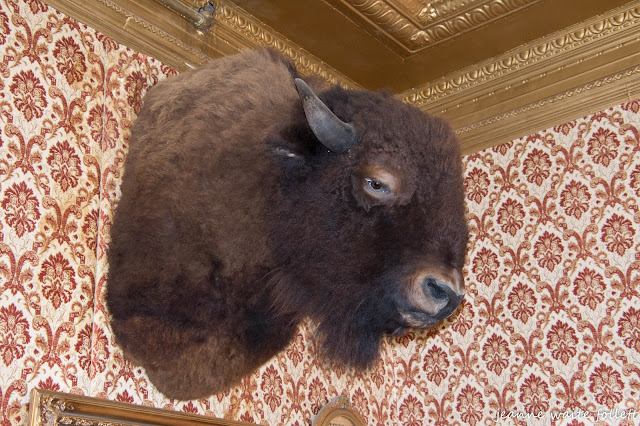