I recently took a break from a long on-going  project here at home to spend time with birds.

On the drive to where I knew I'd find birds, I passed Tern Lake and found a large number of the community out skating. 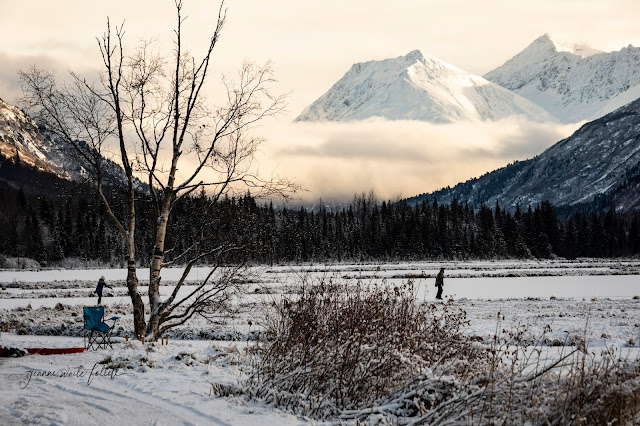 It appeared a pick up hockey game was about to ensue, along with the recreational skating. 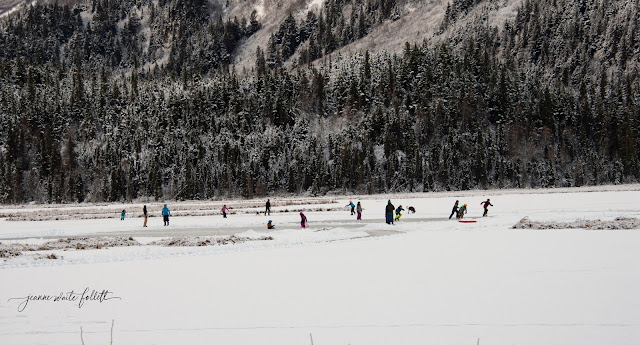 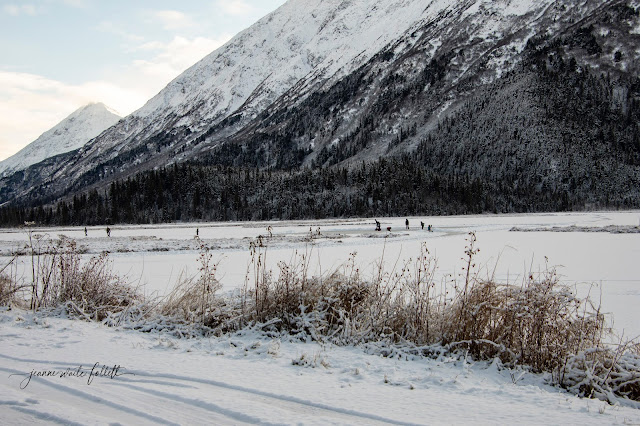 Right across from the skaters was a bald eagle, perched on a cottonwood limb over a small patch of open water.   No doubt it was watching the water for a late-spawning salmon to appear, but I have to wonder if it wasn't also entertained by the laughing humans zipping around on the ice. 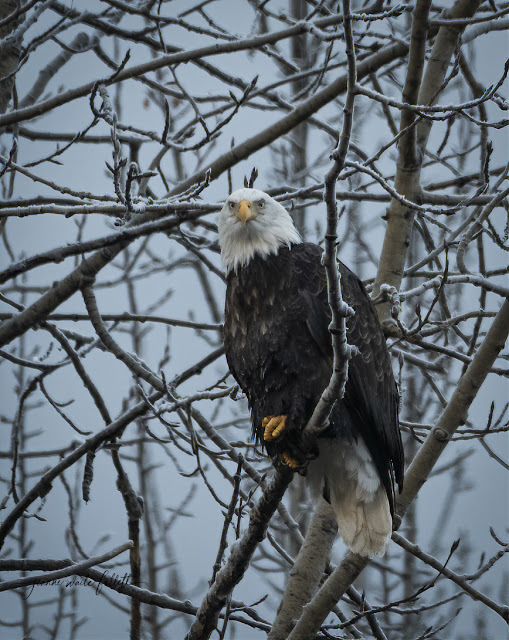 A little farther along the highway, several more eagles were perched above Dave's Creek, the tributary of Kenai River that is the waterway the salmon swim up to spawn in the lake. 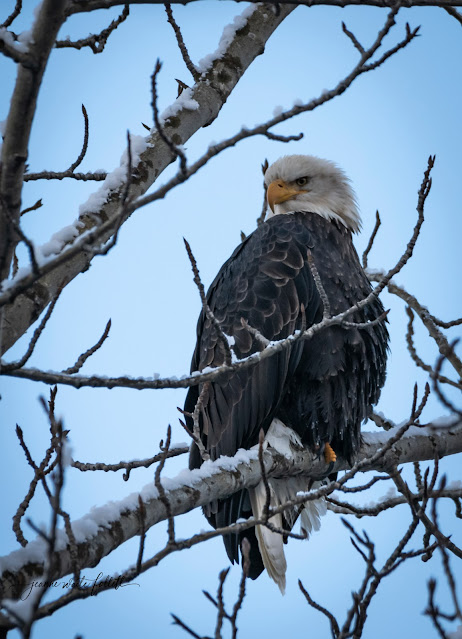 There there were several juveniles, too.   I photographed a few eagles that were not in the thick of branches and limbs. 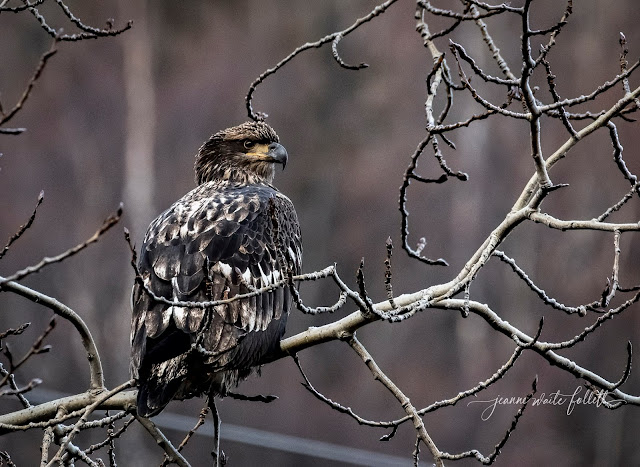 After taking a few photos, I turned around and pulled into the Dave's Creek parking area.  From the highway, I had seen five or six eagles gathered in a few trees right where I wanted to see if I could find one of my favorite birds--the amazing American Dipper, formerly known as a water ouzel, which is a far cooler name than dipper.

I walked down the path along the creek and approached the eagles.

Note to the neophyte photographers:   keep your mouth shut when standing under eagles or any other birds. 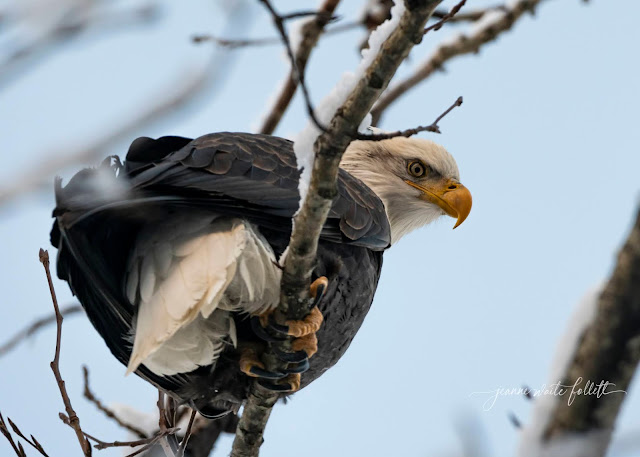 A close-up of a juvenile. 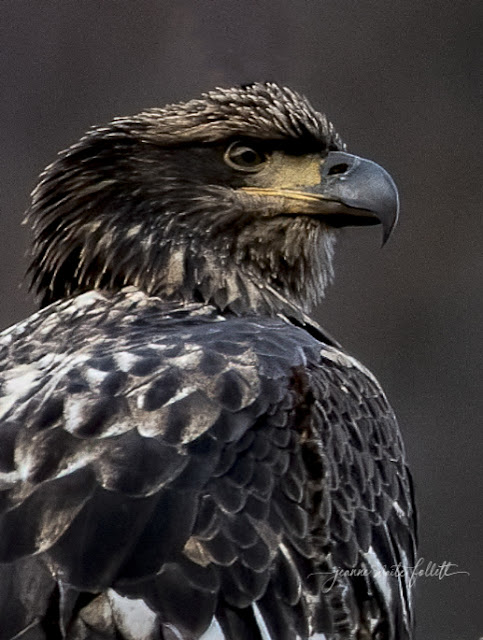 By this time, I'd reached the extent of the path without seeing a dipper.   As I stood there, I said, "Where are you dipper?"

Just then a dipper flew over and landed in the water quite near me.

Dipper accommodated by flying to a small log in the water than had a bit of snow on it.   It was all the contrast I needed. 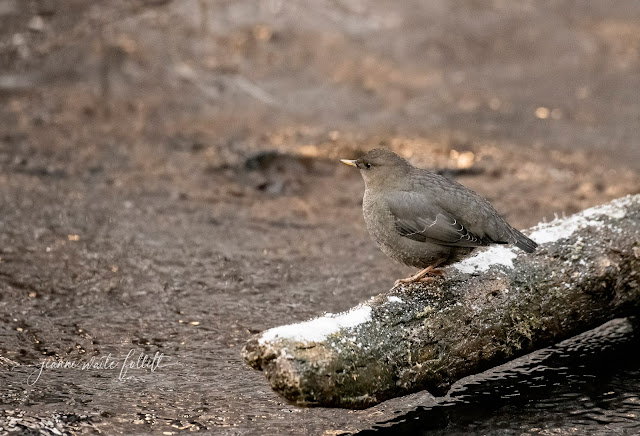 Any day spent with birds is a good day.