The Cheetah and the Hyena 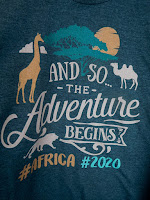 Our bags are packed

No, we aren’t.  Not by even a millimeter.  However, if we don’t go, we won’t have a place to sleep tonight.

So, our bags ARE packed and in the foyer, ready to be loaded and transferred to the airstrip where we will catch our flight from the Maasai Mara to Nairobi. 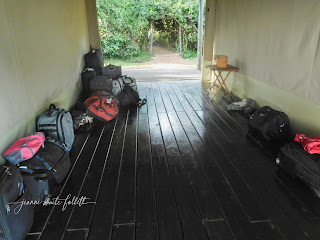 In the meantime, we have a short safari early this morning with breakfast back at camp, rather than in the field.  Six of us are leaving and three of the larger group are staying for another week.  Also, recent rains have made the river crossings impossible so we will have to take a long drive around to reach the airstrip.

We set out on our last drive from Entim Private Camp as dawn starts to break.   We won’t be going far from camp today.

The sky becomes ever more dramatic when we reach the top of a ridge. 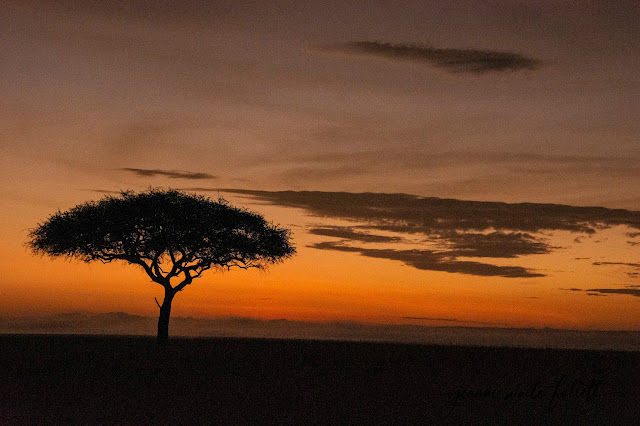 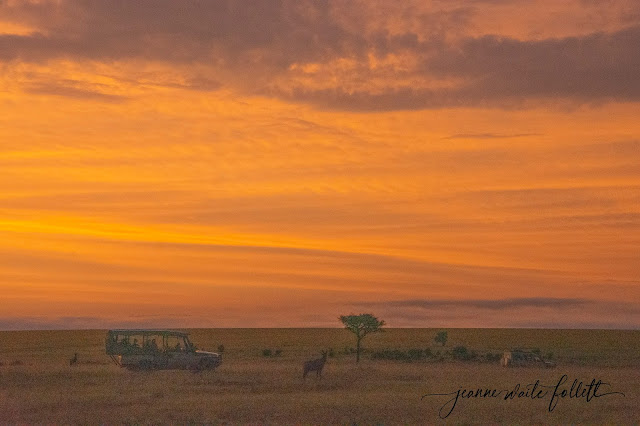 We move down to a gentle plain and our guide Tinka is watching the topi carefully.   Suddenly, he stops, grabs his binoculars, and looks at the nearby ridge.  And away we go.   By watching the behavior of the topi, Tinka knows a predator is near.

He leads us to a cheetah, belly bulging from a recent meal.  How he managed to spot the cat in the long grass from more than a quarter mile away is beyond me. 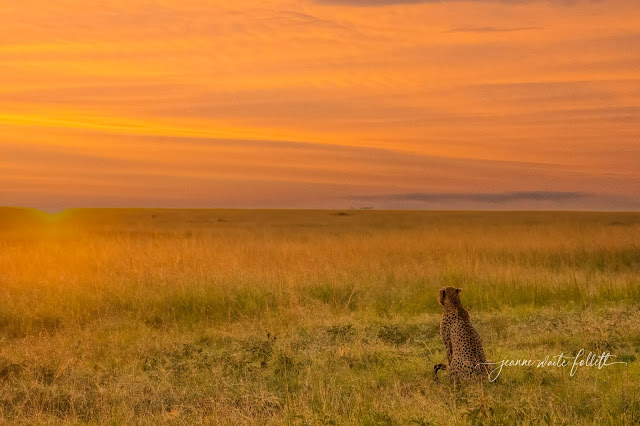 The cheetah strolls along, pausing occasionally to lie down and rest.

Suddenly, I see a hyena approaching. 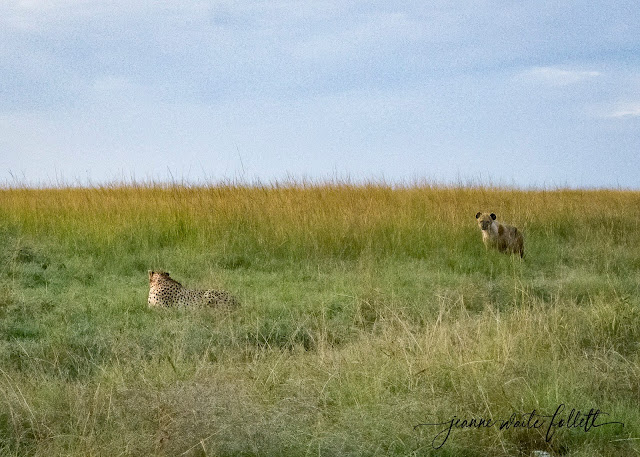 Hyenas frequently steal prey that cheetah’s have caught, leaving an exhausted cheetah without a meal.    They also kill cheetah cubs. 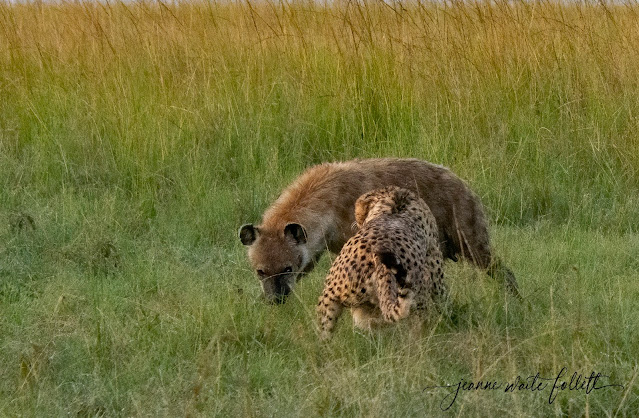 The hyena isn’t interested in the cheetah.   It is smelling the ground to find evidence of prey.   But, the cheetah is a long way from where it devoured it. 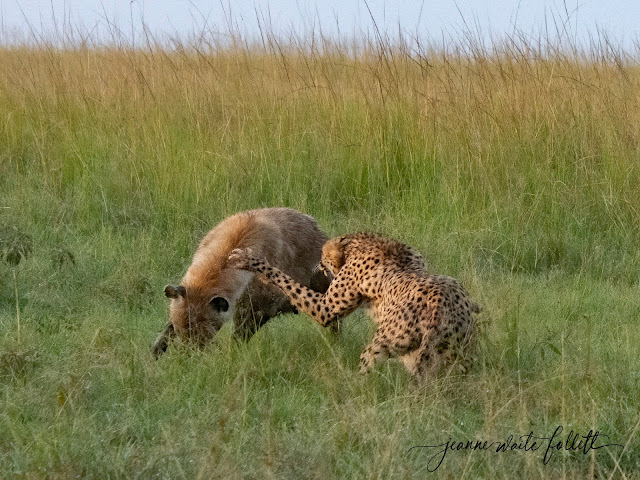 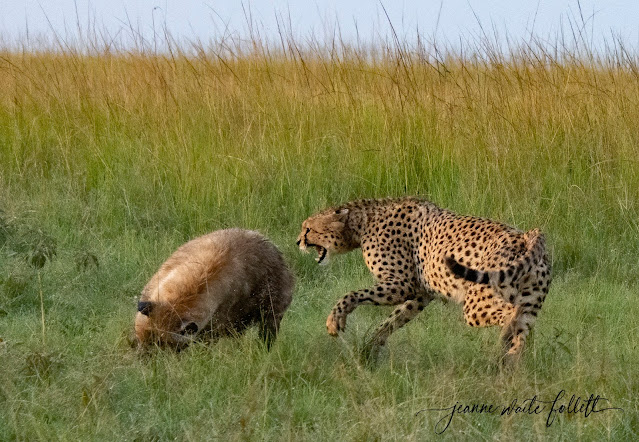 The hyena continues to watch the cheetah, thinking that the cat will eventually return to its kill.  The cheetah, however, does not. When we leave to return to camp, the cheetah is again resting in the long grass while the hyena lingers nearby. 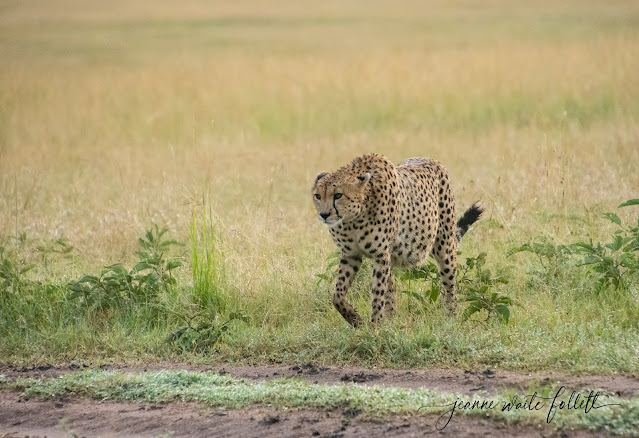 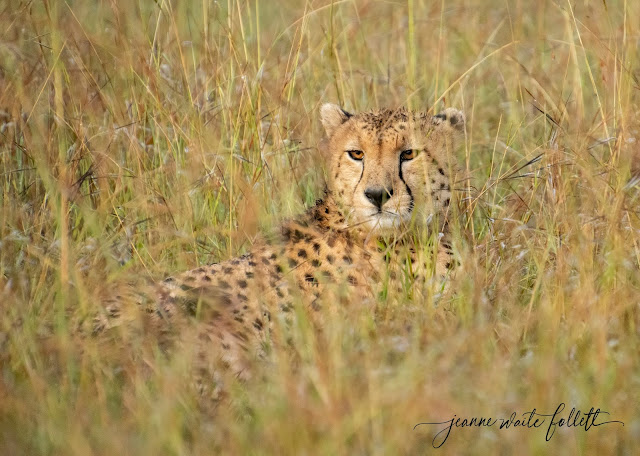 The hyena is still watching the cheetah when we return to camp for breakfast and last-minute packing. 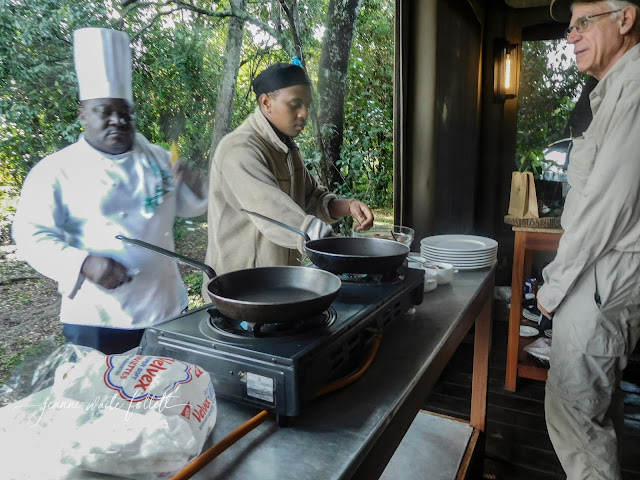 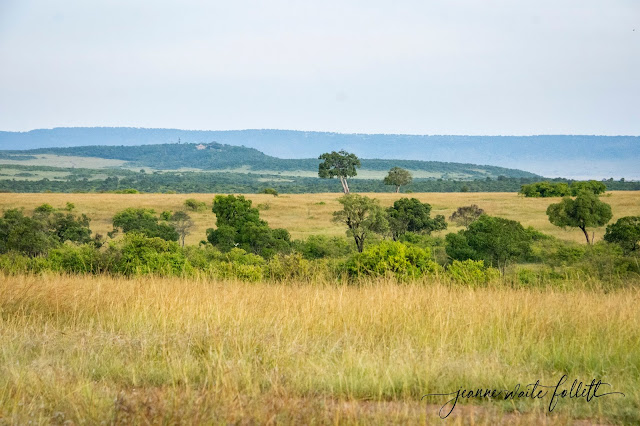 *Lyrics from  Leaving on a Jet Place by John Denver